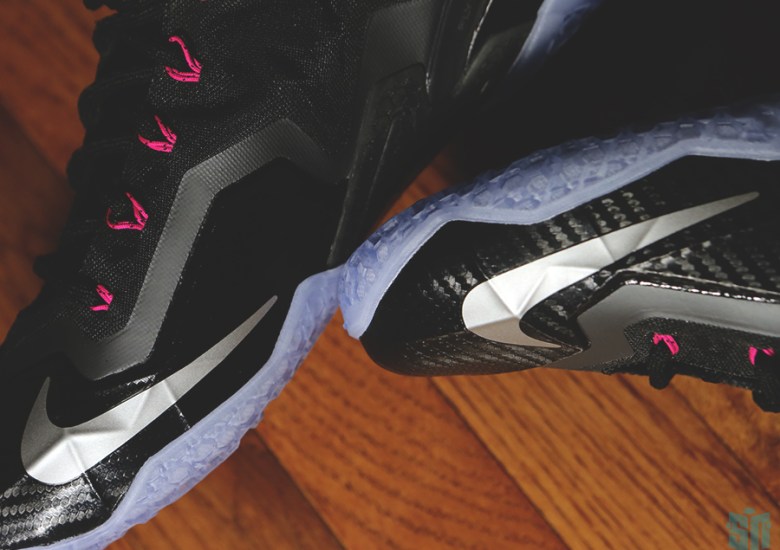 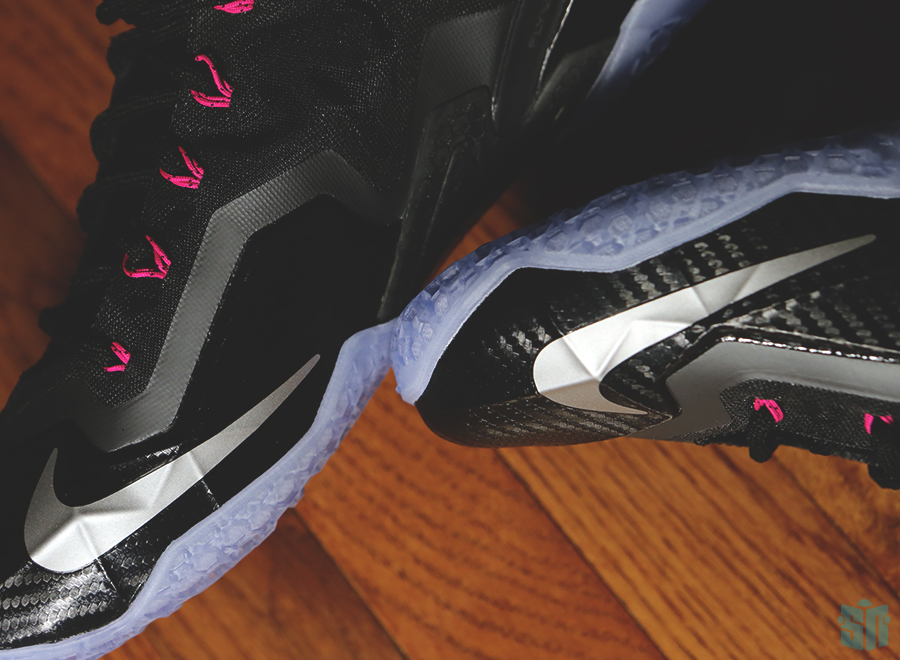 Ever since” The Decision” and LeBron’s subsequent move for warmer climates, the Miami locale has been a muse for colorways across the Nike LeBron signature line of footwear. That theme famously kicked off with the “Pre-Heat” – or “South Beach” – version announcing his arrival in that city with its pastel hues and pink pop. Since then we’ve seen no shortage of colorways alluding to the bright nights of that city and the neon leaning tones that decorate its famed and festive landscape. In fact, we’ve even seen a colorway before that was officially dubbed “Miami Nights” back on the LeBron 9, occupying a Black/Grey/Pink colorway.

The “Miami Nights” look makes its return two models later on the LeBron 11. The direct port of a colorway and the nickname that goes with it is sort of unprecedented-you’ll recall that we touched on the oddity with this “What Do You Think?” piece a couple weeks back. But regardless if you think it’s a good look to echo that reasonably well received version or that it’s a misfire to revisit known territory-the Nike LeBron 11 “Miami Nights” is on its way. Continue reading for a complete gallery of beauty shots on the LeBron 11 “Miami Nights” and remember to stay tuned to Sneaker News for ongoing looks at all of the relevant releases coming from Nike Basketball this season. 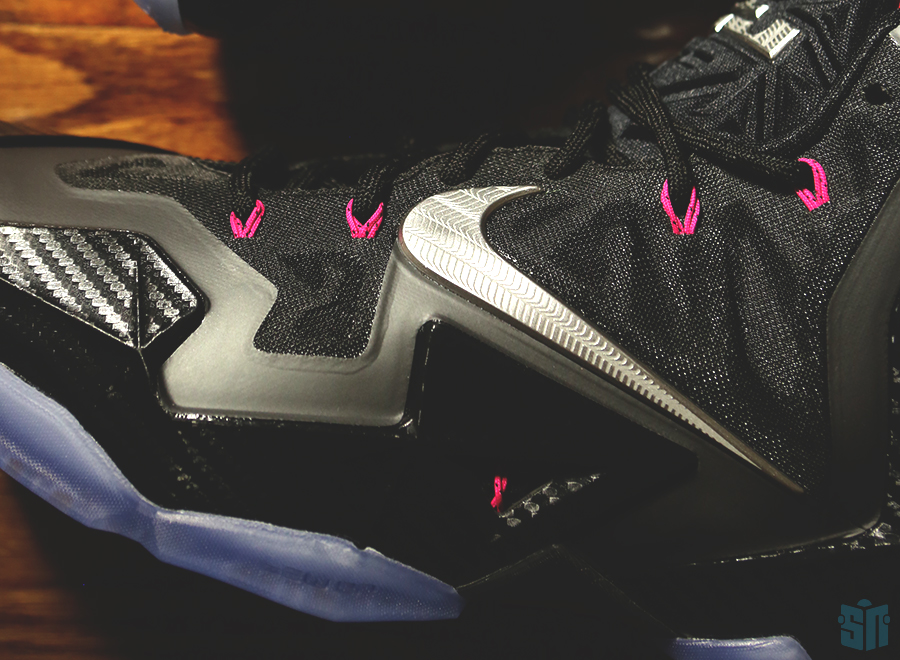 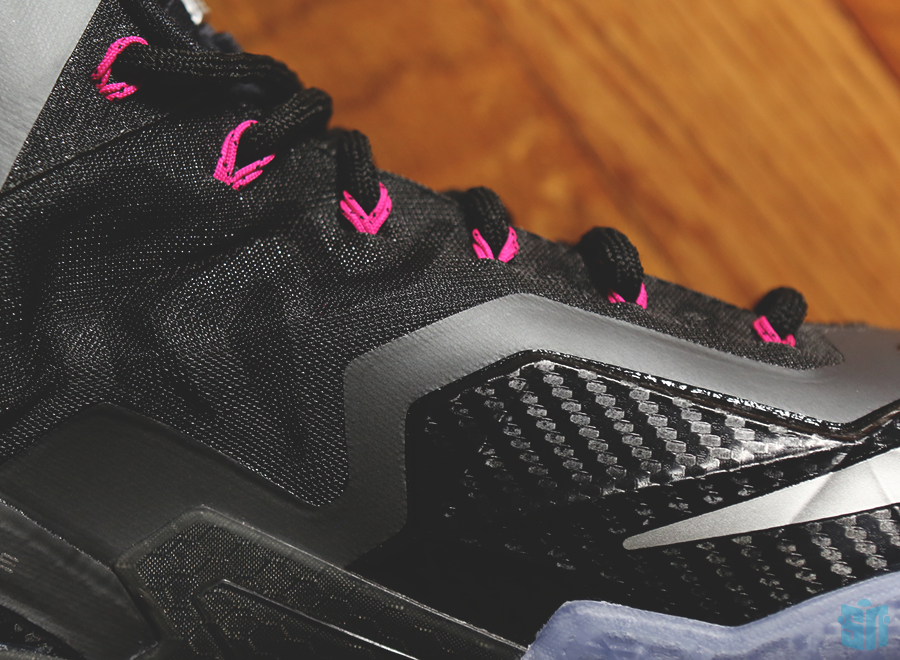 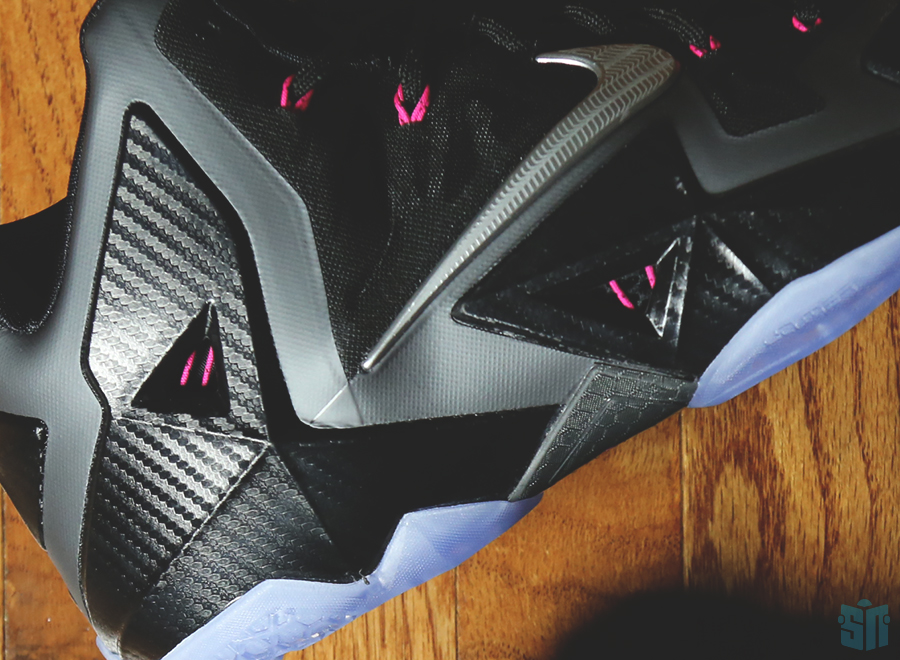 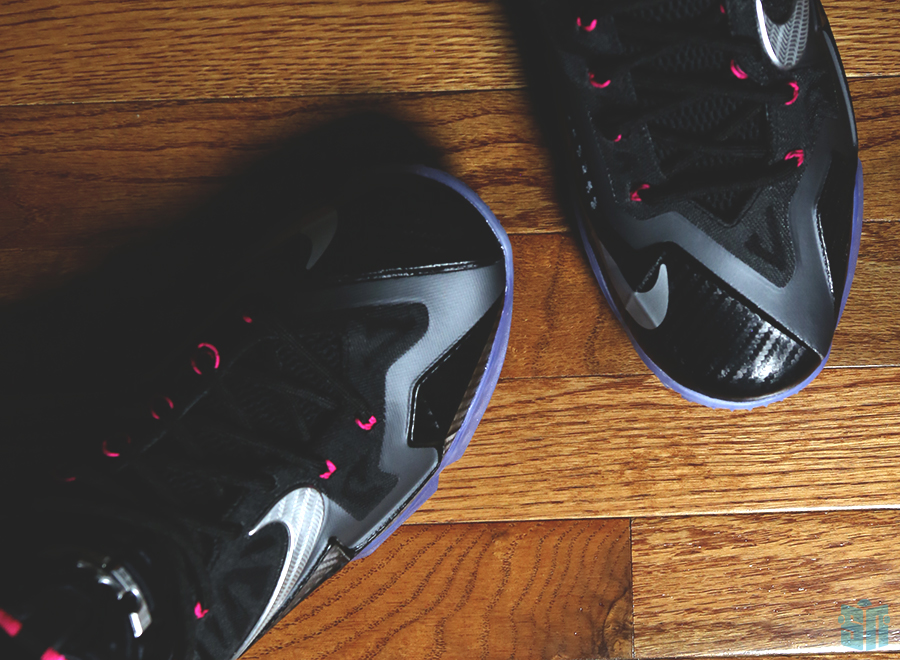 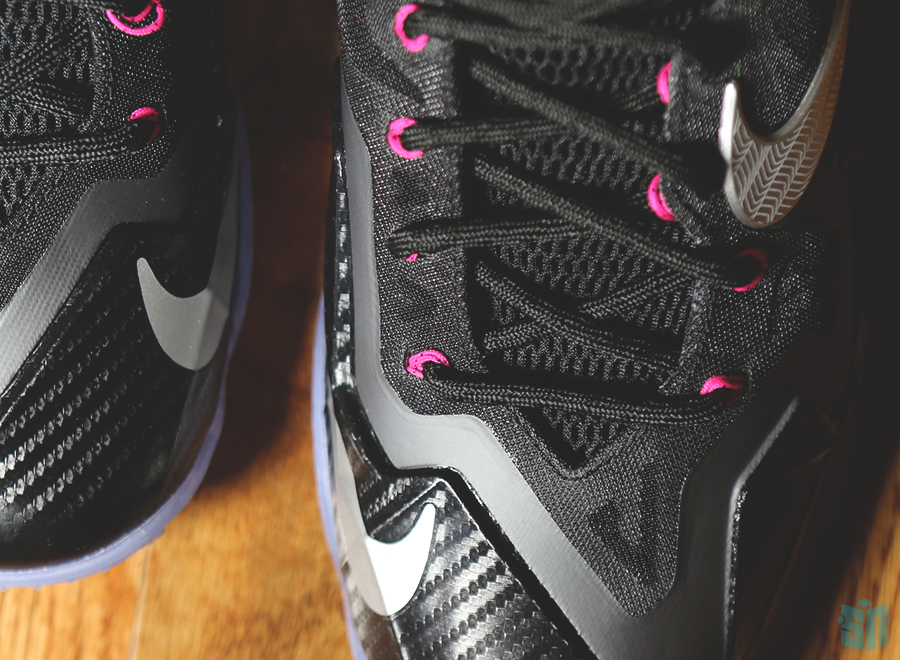 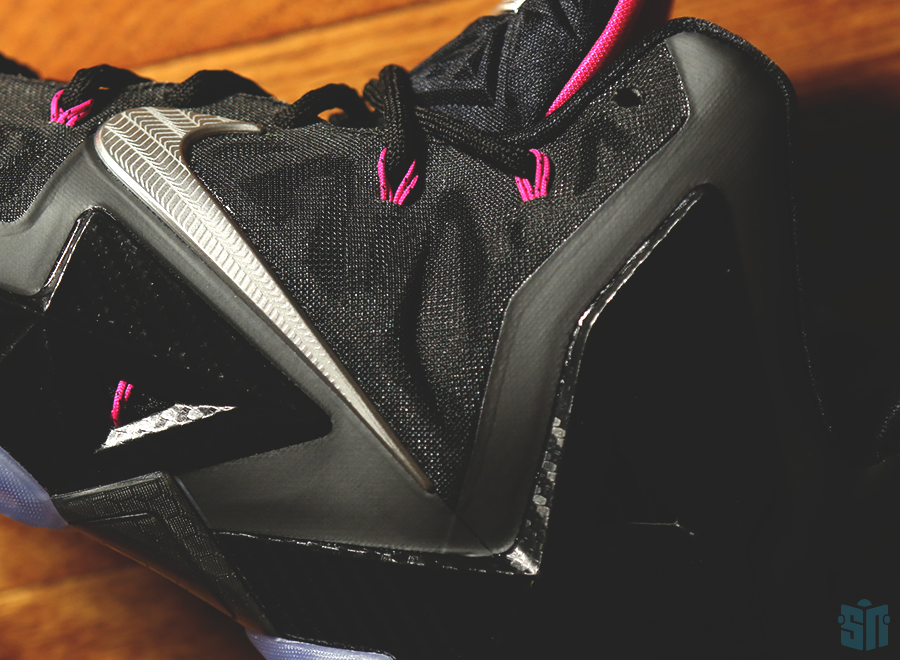 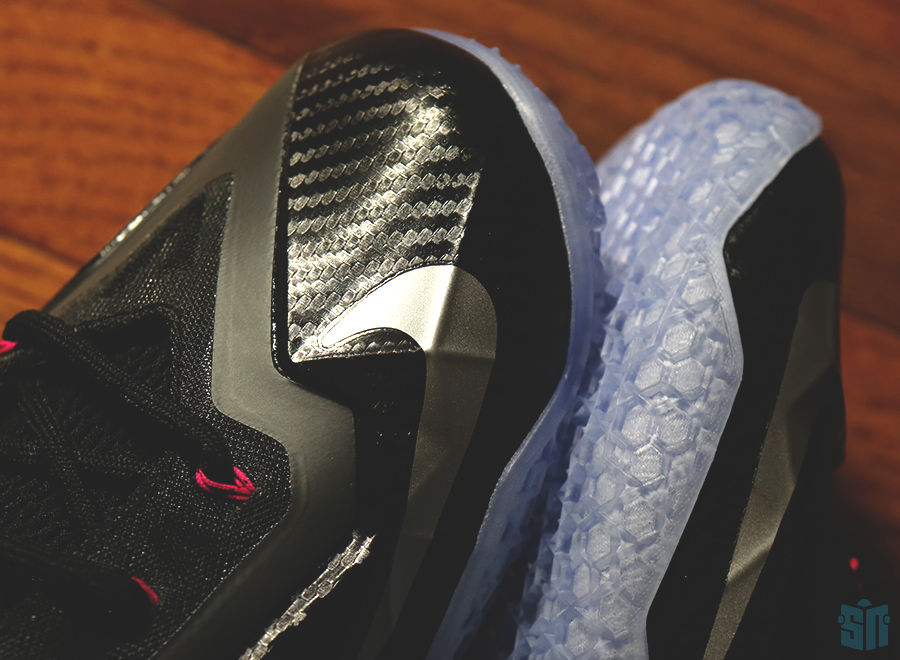 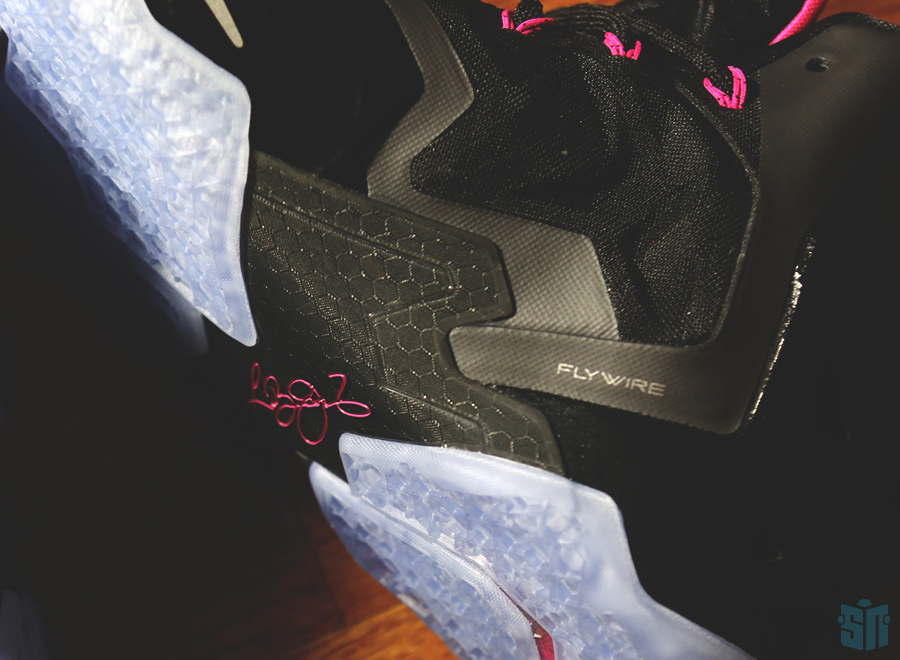 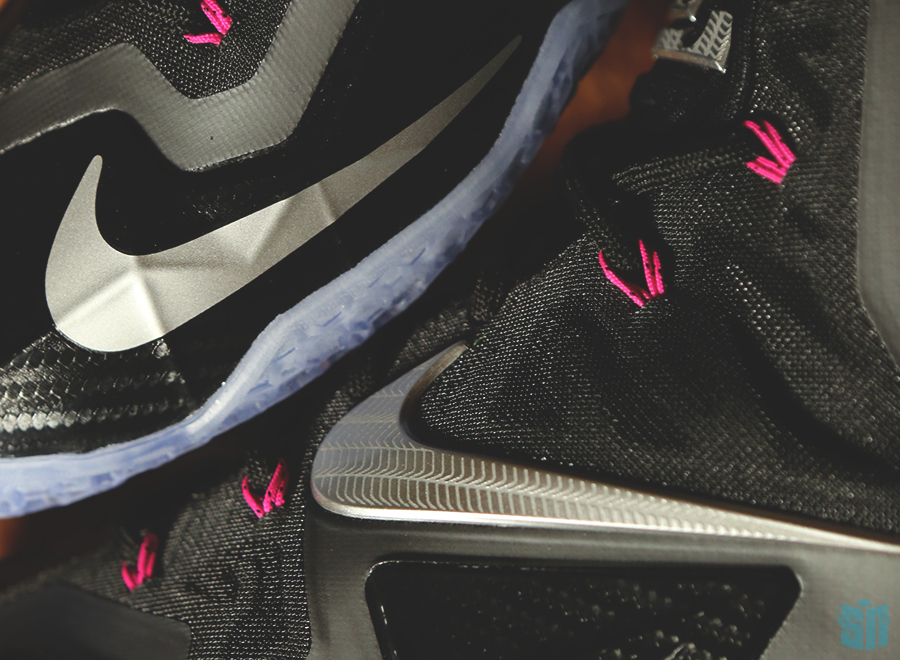 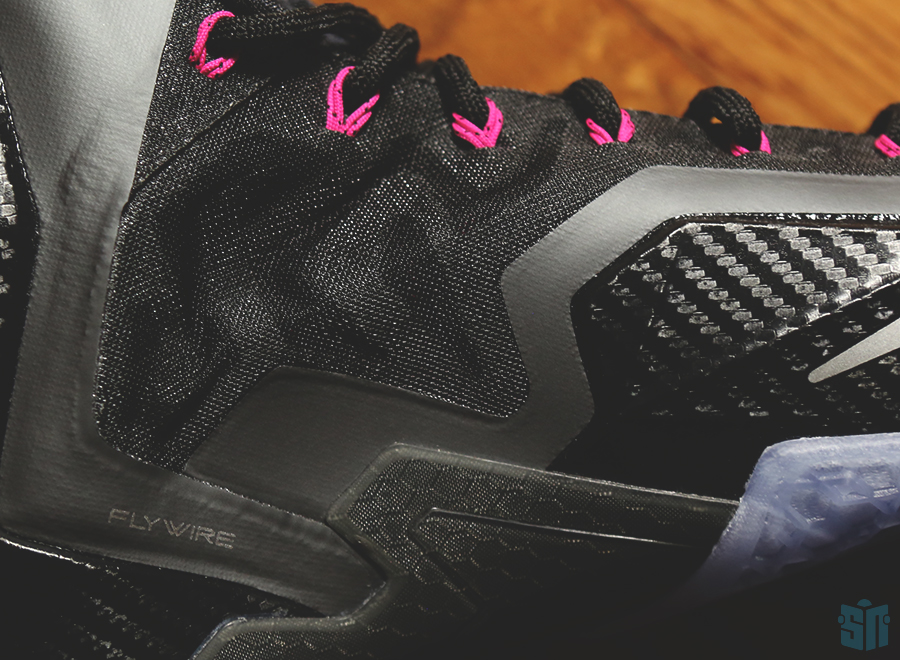