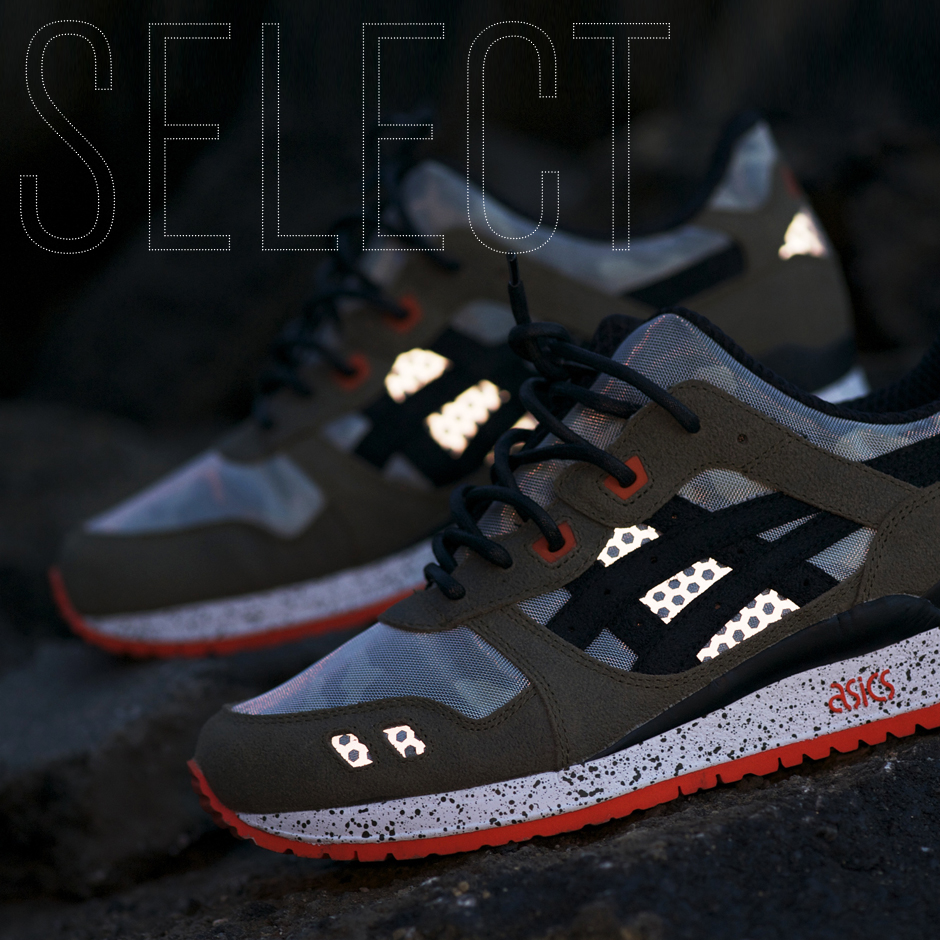 The iconic Gel Lyte III has no doubt been a popular canvas for collaborations over the years, but it’s been pretty rare to see it appear as a multi-shoe pack. Between their Olympic-inspired “Five Rings” pack and last year’s “Phantom Lagoons” Gel Saga, California retailer BAIT, has proven that they’re plenty capable when it comes to coloring up Asics’ classic silhouettes, so a lot of ears perked up when news broke that they would be doing a three-shoe Gel Lyte III collection. The BASICS Program debuted in mid-December with the mean-looking camo-covered Model-001 Vanquish edition, setting the stage for the fusing of some unconventional materials and design elements for a creative take on the “everyday living” concept that will continue to play out over the course of the other two colorways.

Whatever the colors, materials, or blocking, the Gel Lyte III usually manages to look good no matter what’s done to it, but BAIT has certainly gone above and beyond in terms of looking past the more traditional suede/mesh approach in their constructions. Now with the introduction of the Model-002 Guardian, we’re through the first two-thirds of the BASICS GL3 drops, and so far, we’ve seen some

interesting material choices across both installments that have given the classic silhouette a rugged new identity and some of its boldest looks to date. With both colorways featuring nailhead suede, metal wire mesh, and custom jacquard camouflage, BAIT has effectively transformed the Gel Lyte III from a typically light and airy runner into a more heavy-duty “extreme conditions” version with post-apocalypse-ready applications should it ever come to that.

The upcoming Guardian edition also packs the added bonus of honeycomb hexagon 3M accents, a full speckled midsole, and waxed rope laces to help it further stand out from not only the Vanquish, but any other Gel Lyte IIIs that have come before them. The BAIT x Asics “BASICS Model-002 Guardian” will be available in-store at BAIT’s Diamond Bar and Orange County locations on Saturday, January 25th and you can register for the online release here. Continue on for a full gallery of images as well as an interview with BAIT Founder/Creative Director, Eric Cheng, who gives us the inside scoop on the Guardian, the BASICS Program, and the unique materials and concepts that bring it to life. 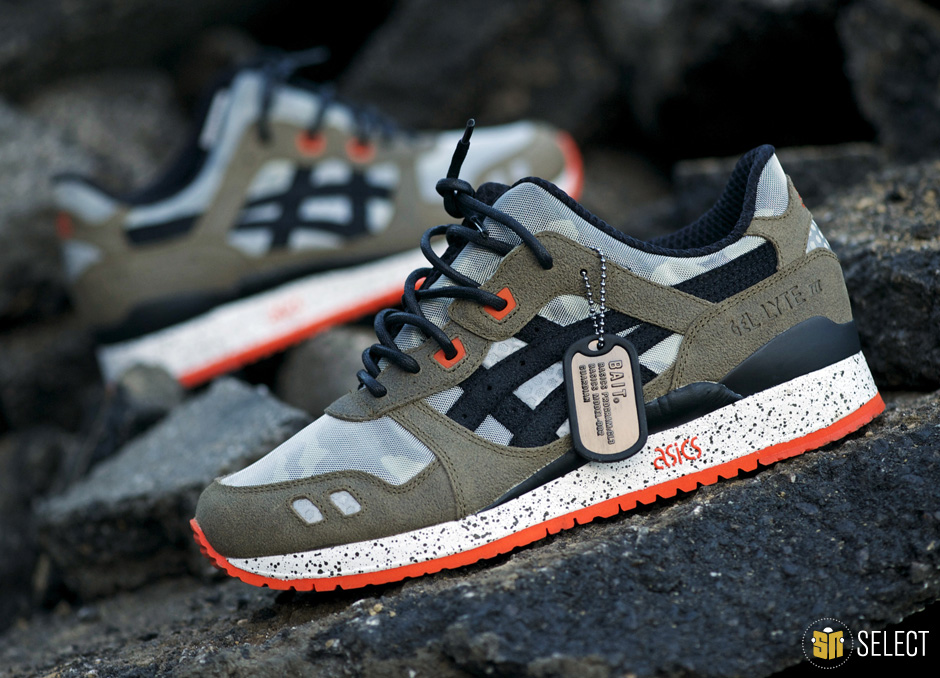 SN:  For anyone who may have missed it, please fill us in on the general concept behind the BAIT x Asics BASICS collection?

Eric Cheng:  The goal of our BASICS Program is to design shoes with Asics that would be essential for everyday living, but with our own spin. 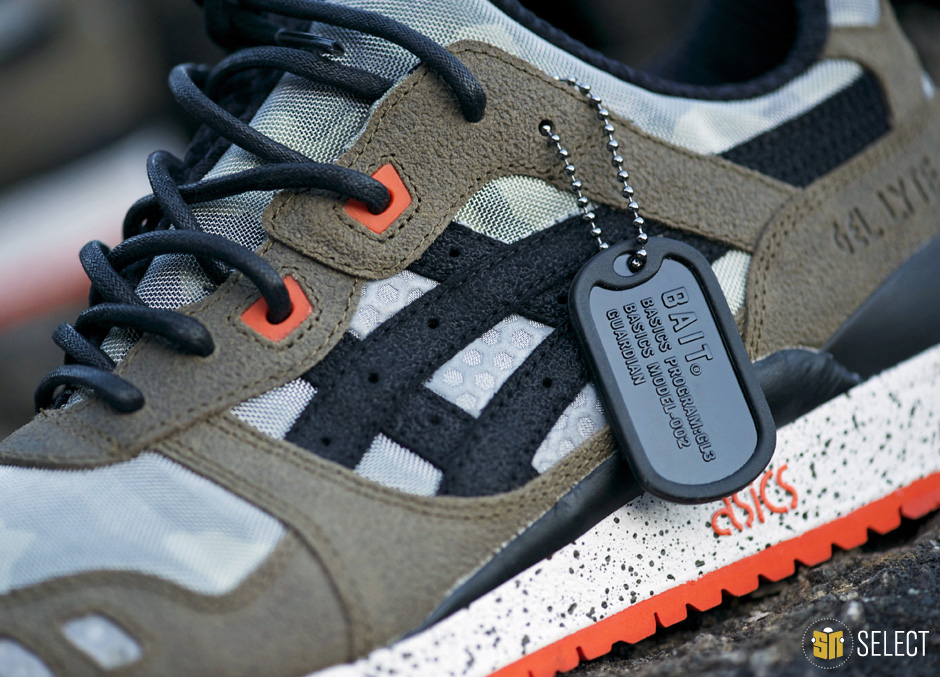 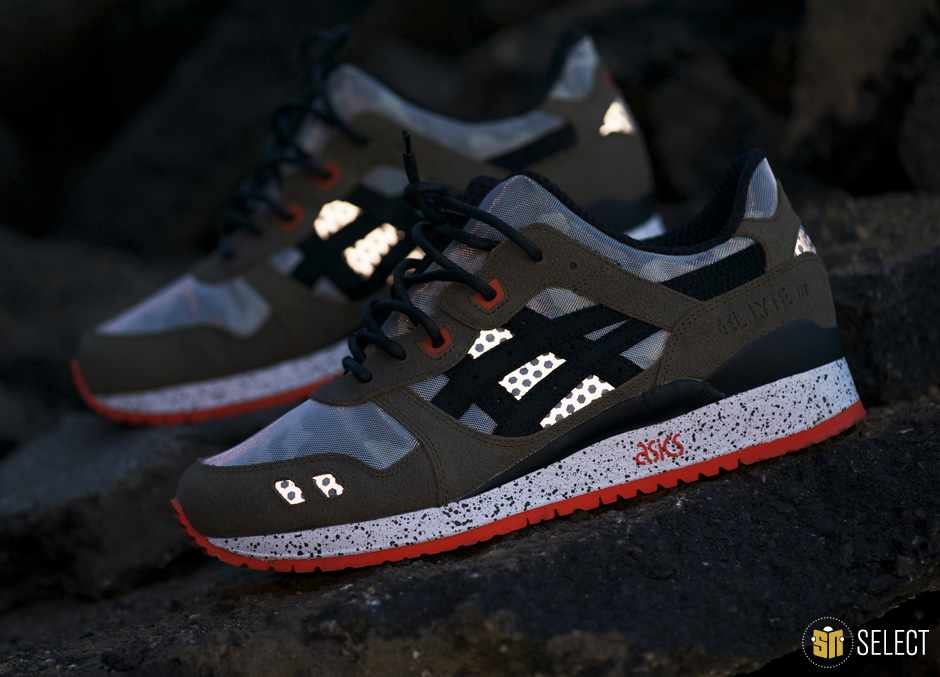 SN:  What’s the specific backstory behind the Model-002 Guardian edition?

Eric:  The Guardian is an evolved form of the Model-001 Vanquish.  The Vanquish was a no brainer for us.  We took note that a camouflage Gel Lyte III was yet to be made and took full advantage of that opportunity.  Once we finished the Vanquish, we wanted to take it a step further; something that wouldn’t be as conventional.

The Guardian isn’t designed to be a pretty shoe. We wanted to have a strong, mean design. If the world went to hell, what kinda Gel Lyte III’s would you be wearing? That’s the question we wanted to answer with the Guardian. 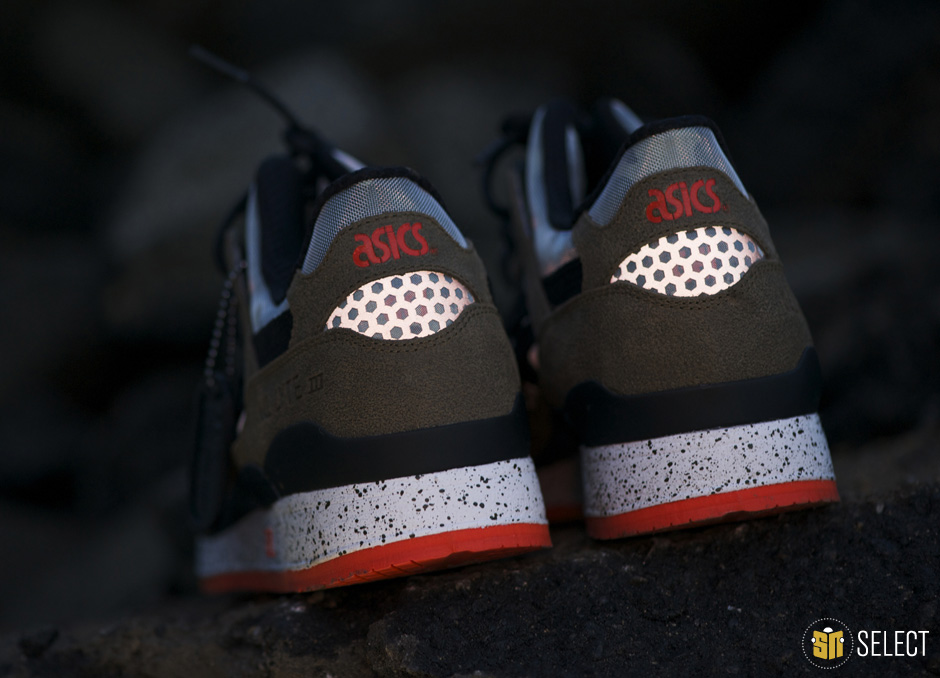 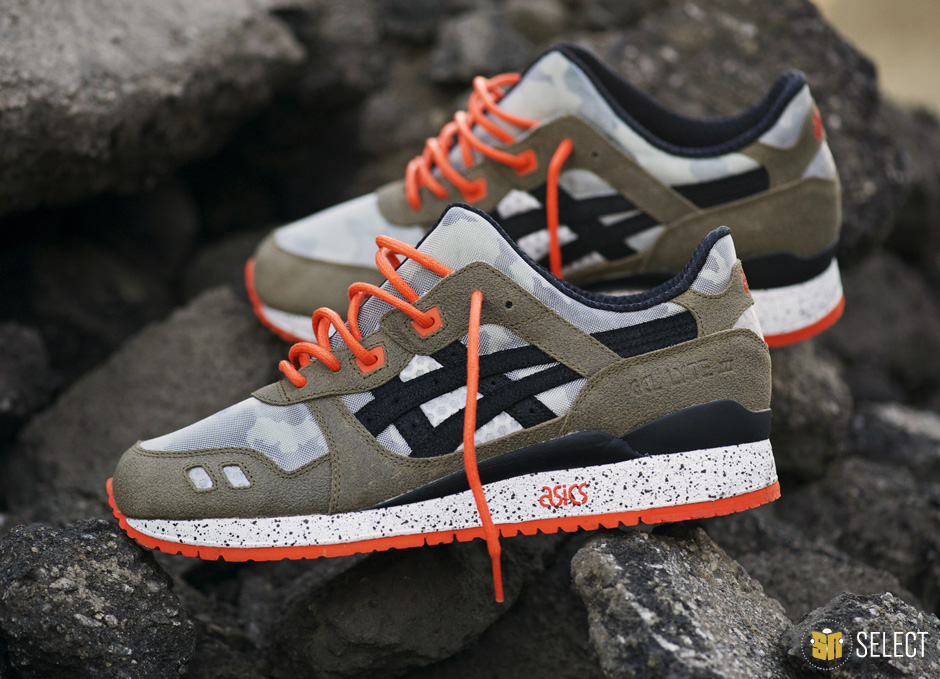 SN:  Please give us a breakdown of the colors and materials used on the Guardian and how they relate to the BASICS theme.

Eric:  One consistent material that is being used in the BASICS Gel Lyte III series is the nailhead suede.  There are several different properties that we really liked.  It has a unique texture that makes it durable and you won’t have to worry about scuffing your Gel-Lyte IIIs too much. The nailhead suede on the Guardian has a weathered-treated element to it that makes it a bit more rugged with different tones across the shoe.  One great secret is that unlike regular suede, the nailhead suede can be oiled into a darker shade without affecting the texture and its properties.

The rest of the upper is built with metal wire mesh underlays that has its own camo underlays.  The metal wire mesh brings several different perspectives to the Guardian.  Depending on the light source, the Guardian can look very metallic or it can be a shoe of subtleties. A detail we’d like to point out is the hexagon 3M pattern over the micro-metal mesh.  It is used on the toe, quarter, and heel window.  We thought it would be useful and would make the shoe seem a bit more futuristic. 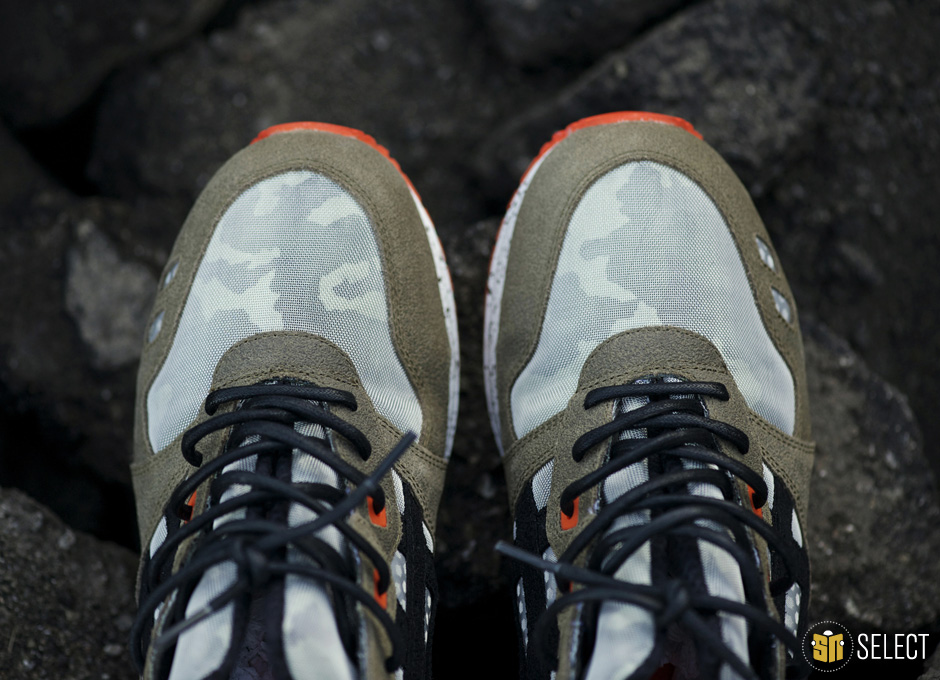 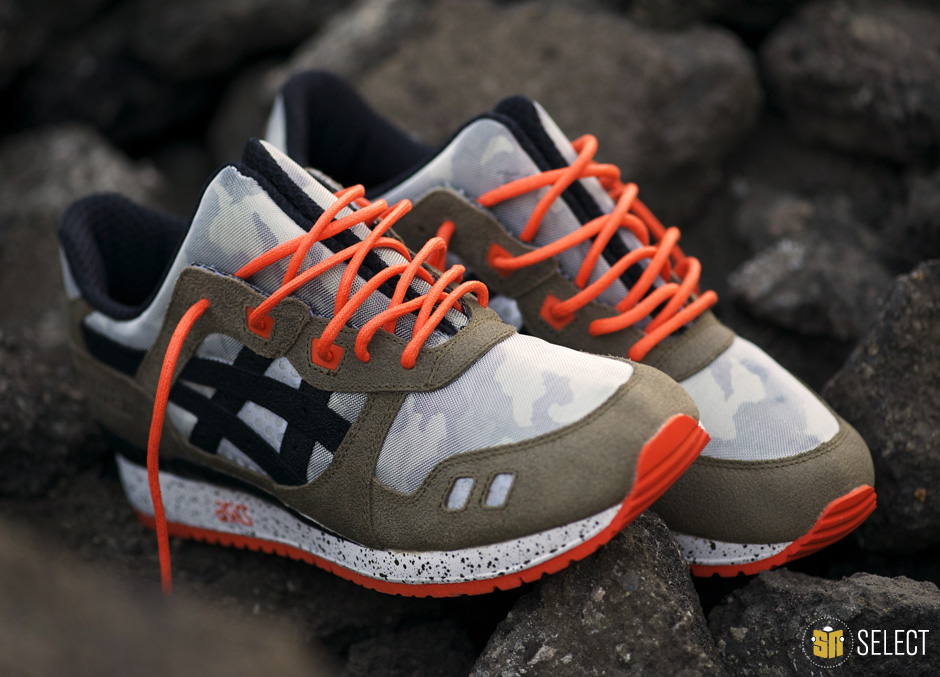 SN:  What was the process like for developing the special custom jacquard camo material that you guys used on the first two shoes in the pack?

Eric:  We started the process in mid 2012. Our aim was to develop a unique camo execution, while still appealing to everyone who loves the traditional. We picked a bright minty green as the basis and created a seamless pattern for Asics to develop into a

jacquard. The whole process was very time consuming with all the trial and errors that took place. The project took around 20 months to get the material and pattern right. 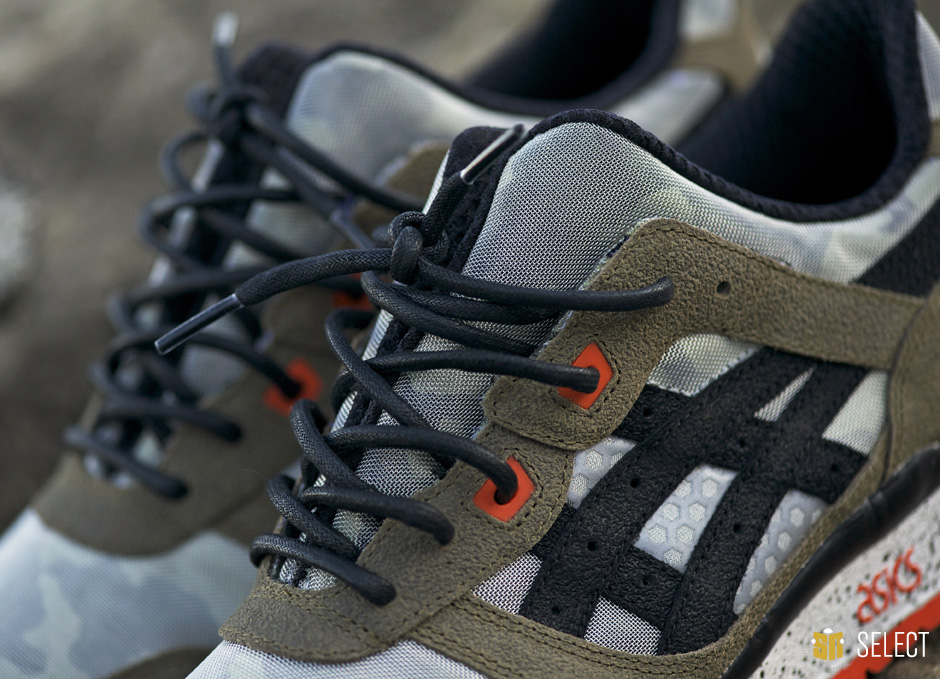 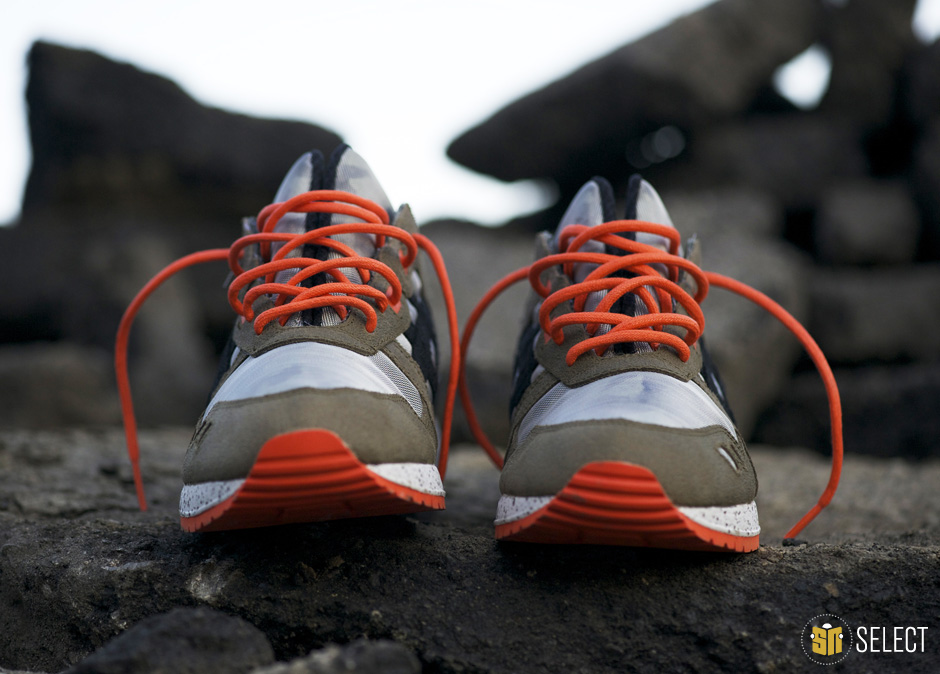 SN:  You guys got pretty creative with your material choices on this pack. Were there any additional designs elements you wanted to include that weren’t possible to pull off?

Eric:  Definitely. We’re always looking to push the envelope and in doing so, we encountered some things that weren’t feasible. However, Asics has always been very accommodating to our requests and were always willing to go the extra mile for us throughout the development process.  We’re very grateful and appreciate this partnership.

SN:  Why split the release of the BASICS collection into three separate drops rather than releasing it all at once?

Eric:  We worked really hard on each shoe and wanted to give each design its own time and attention.  We’re also hoping that people will get a sense of our design process; each design and concept takes a step from the last.  Needless to say, we were tempted to drop them all at once for a bigger bang. 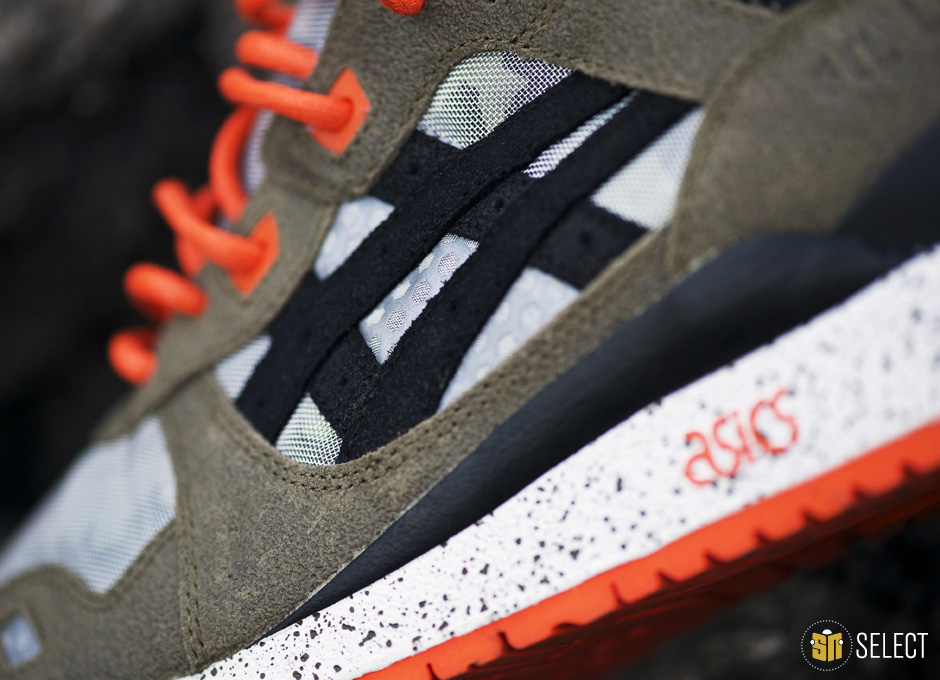 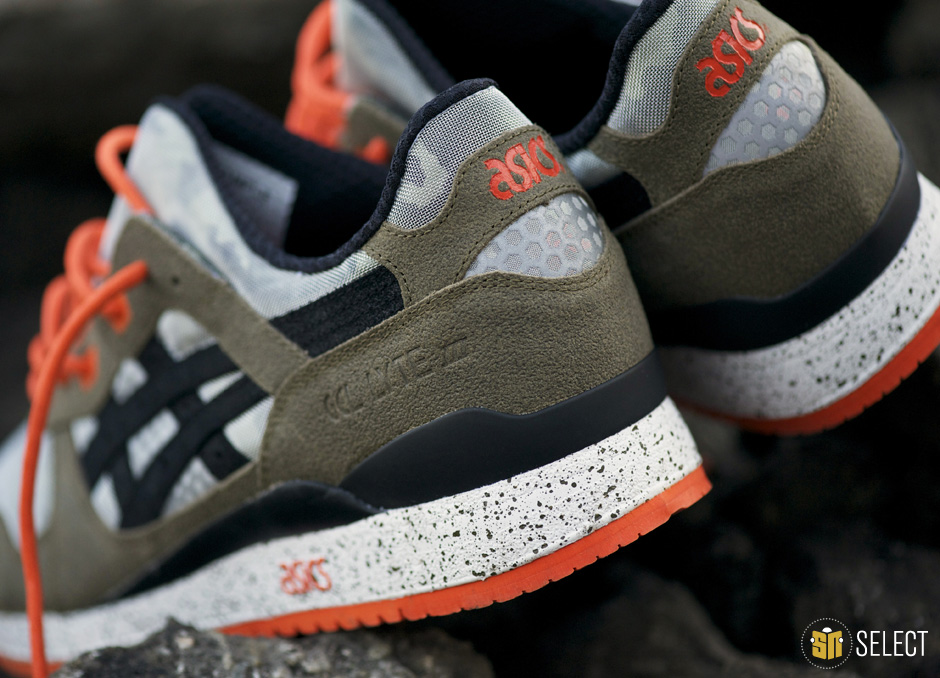 SN:  Do you feel extra pressure to come up with something killer when you work on a model as iconic as the Gel Lyte III?

Eric:  We put plenty of pressure on ourselves to come up with the best design we can on every project.  Each shoe we work on is different and has its own history; we definitely take that into account before we start designing. For any project, we would like to have something killer though.

SN:  BAIT finished 2013 strong with a string of successful collab projects, and that appears to be spilling over into the new year. Is it safe to assume that you guys have some more good stuff lined up for 2014?

Look out for the BASICS Model-002 Guardian releasing in-store at BAIT’s Diamond Bar and Orange County locations on Saturday, January 25th as well as through their online raffle system. More info here. 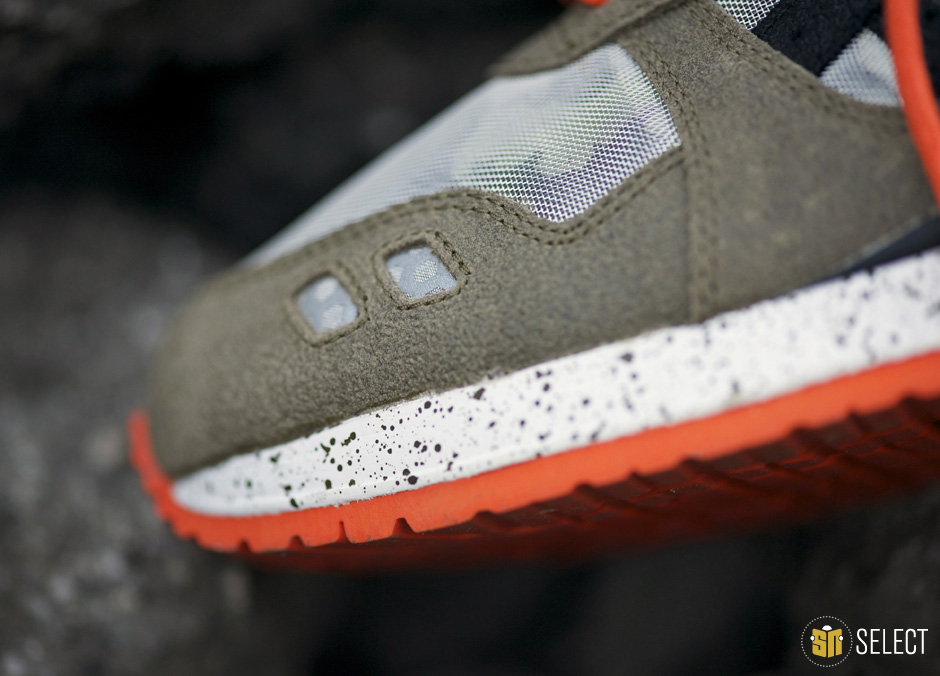