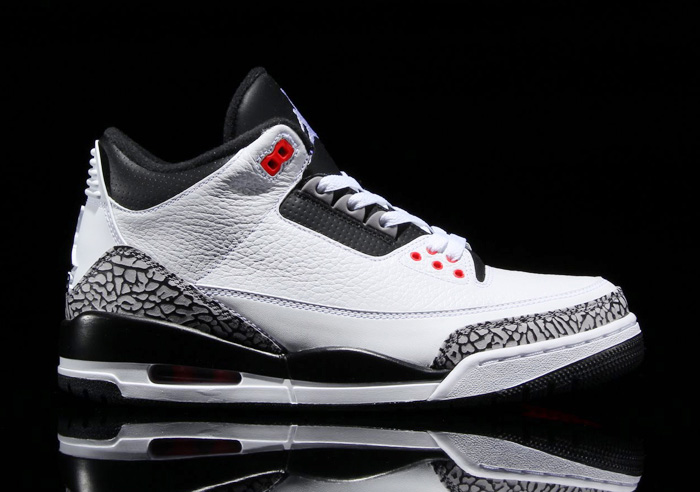 While the Air Jordan 3 “Powder Blue” released this weekend, the elephant printed upper isn’t done just yet for 2014 – especially in regards to new colorways like this Air Jordan 3 “Infrared 23”. Set to release on March 8th, 2014, the shoe was announced amidst some controversy after initial color information led to people guessing that the Air Jordan 3 “Katrina” would see its first ever general release. Instead, what we get is a clever reference to the infamous Air Jordan 6 colorway in a subtle way that sees sparse details of the bright red on the eyelets sole while a dark elephant print holds down a predominantly clean white upper. You can see more images after the click, and let us know if you plan on grabbing a pair come March. 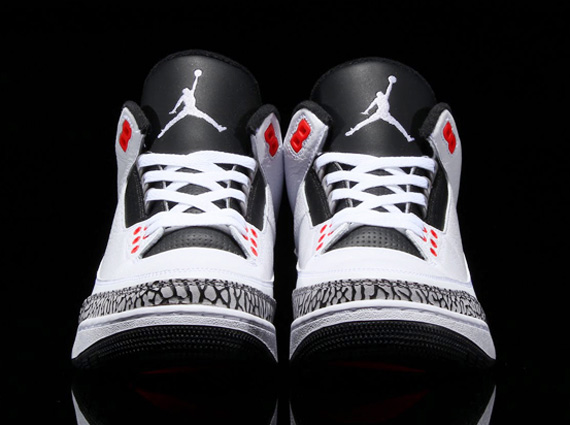 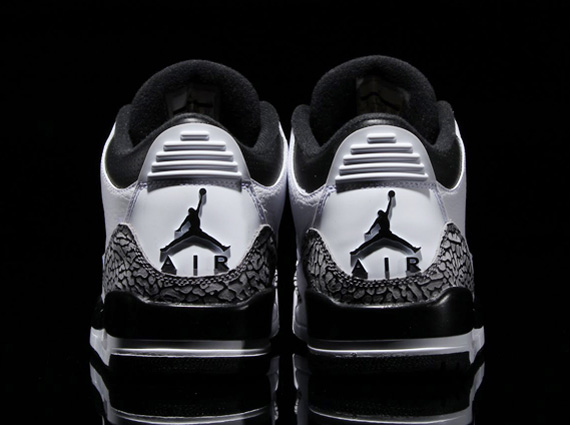