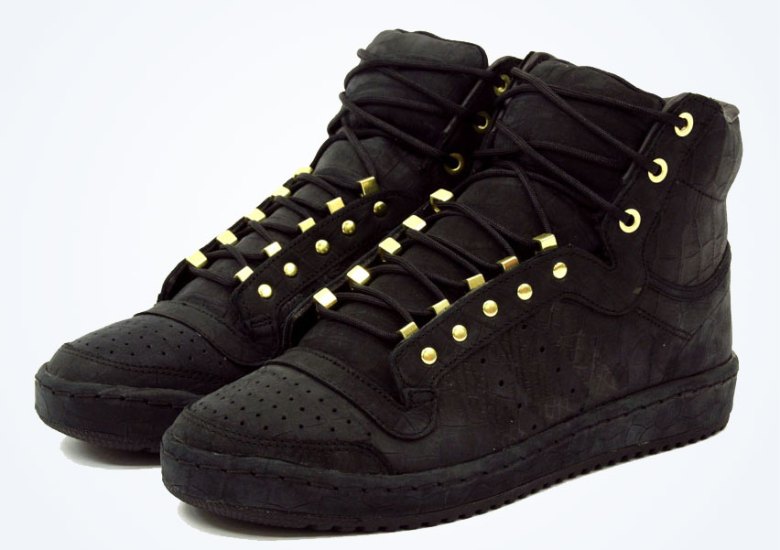 2 Chainz, four bracelets, one adidas Top Ten hightop dropping 2/15.  Part of the party down in New Orleans for the 2014 NBA All-Star weekend will be the release of the 2 Chainz x adidas Top Ten Hi at adidas in the Quarter.  The black and gold colorway named after Mr. Chainz’ first headlining national tour is named ‘2 Good to be T.R.U.’, but it’s going to be there in the flesh this Saturday with additional Originals accounts also having limited numbers.  Click in for a closer view, let us know if the 2 Chainz Top Tens suggest good things to come for the future of adidas x rapper collabs and be ready when they hit shops like Social Status.