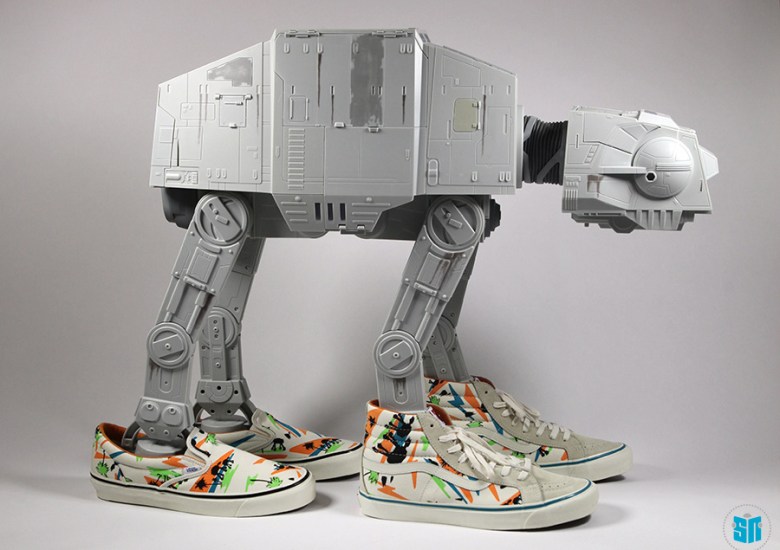 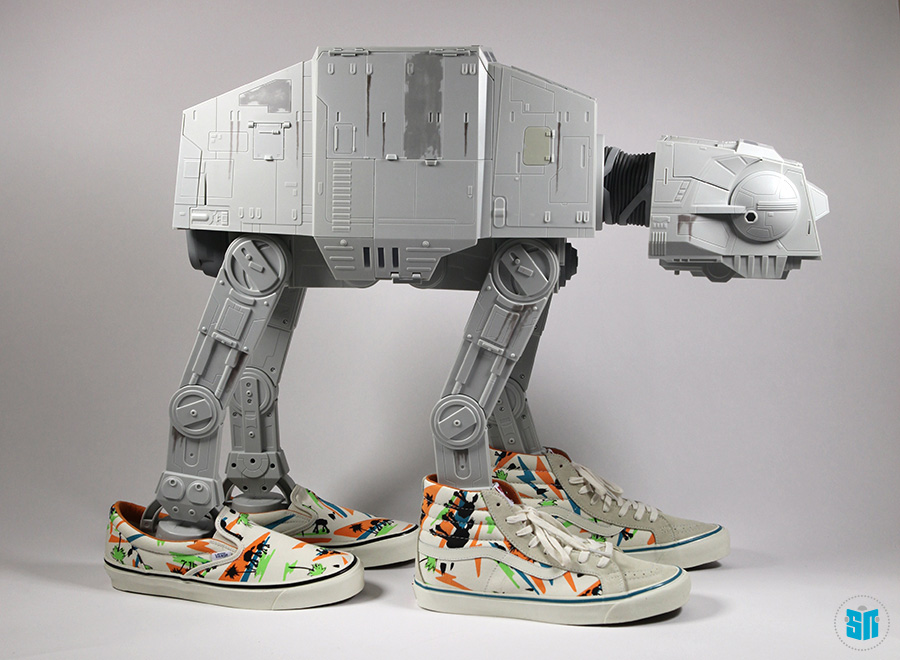 There are few intellectual properties that have the cultural cache of Star Wars. The universe that George Lucas created has survived beyond the original three-part saga and is still thriving today thanks to the core fan base that keeps the lore alive, a new generation that’s been hooked via the cartoon iterations, and the renewed promise of further feature films (Hopefully you read this week’s news about Episode VII). From the jump, Star Wars fans have had access to a wide variety of merchandise to help them channel their fandom. There are infinite figurines, lunch boxes, posters, Lego sets, and now there’s a whole collection of Vans sneakers paying tribute to that galaxy far, far away.

Most limited among those are the Vans Vault editions, each of sneaker of which will have less than 300 pairs available. It’s worth mentioning that these pairs are very much true to original Vans specs – not only do the sneakers mix in archive Vans prints with Star Wars iconography, but they are also built to the exact parameters of the original size runs from decades ago. On display here are the Vault by Vans OG Sk8-Hi LX and OG Classic Slip-On LX from that collection, featuring the heritage prints with a little bit of AT-AT flavor – not to mention they’re being modeled by an actual AT-AT. Continue reading to get familiar and watch for these to launch along with the rest of the limited Vault by Vans pairs at retailers such as the Vans DQM General (Boston and New York), Opening Ceremony (LA, London, New York and Ace Hotel NY), Colette in Paris, Off the Hook in Montreal and Firmament in Berlin, and of course the various Vans DQM General stores for $100 on Star Wars Day (May the 4th). 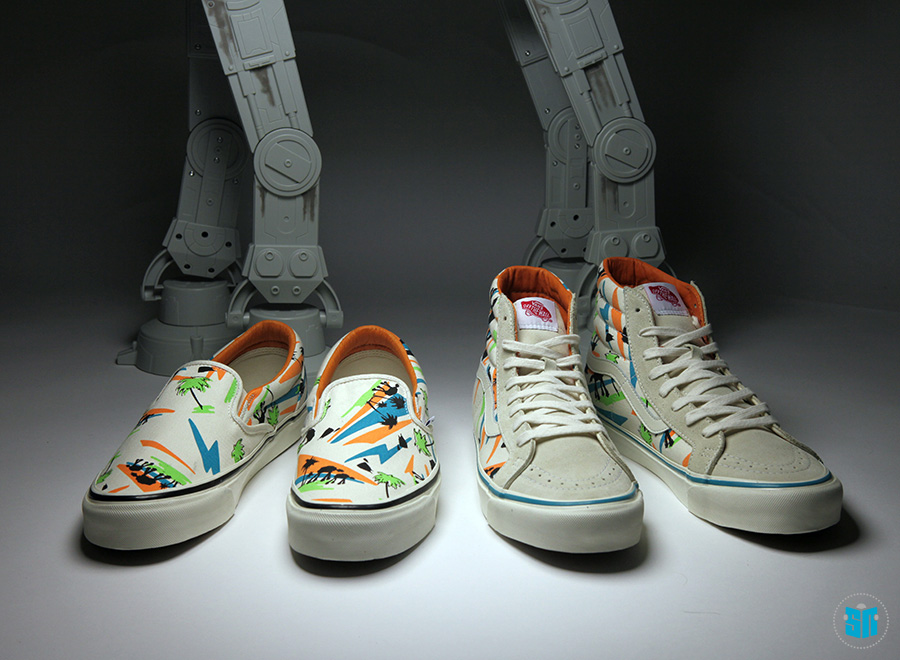 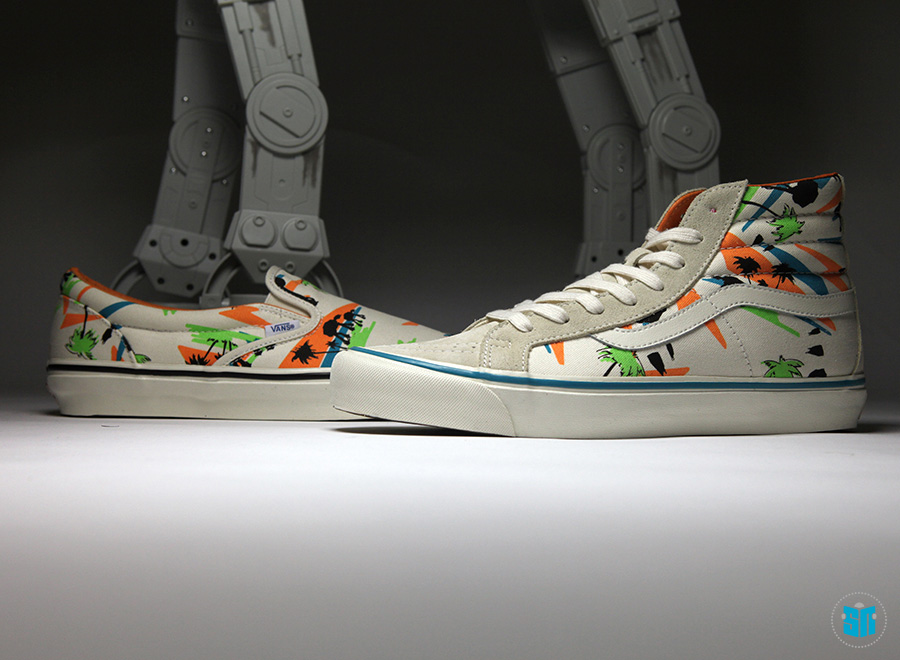 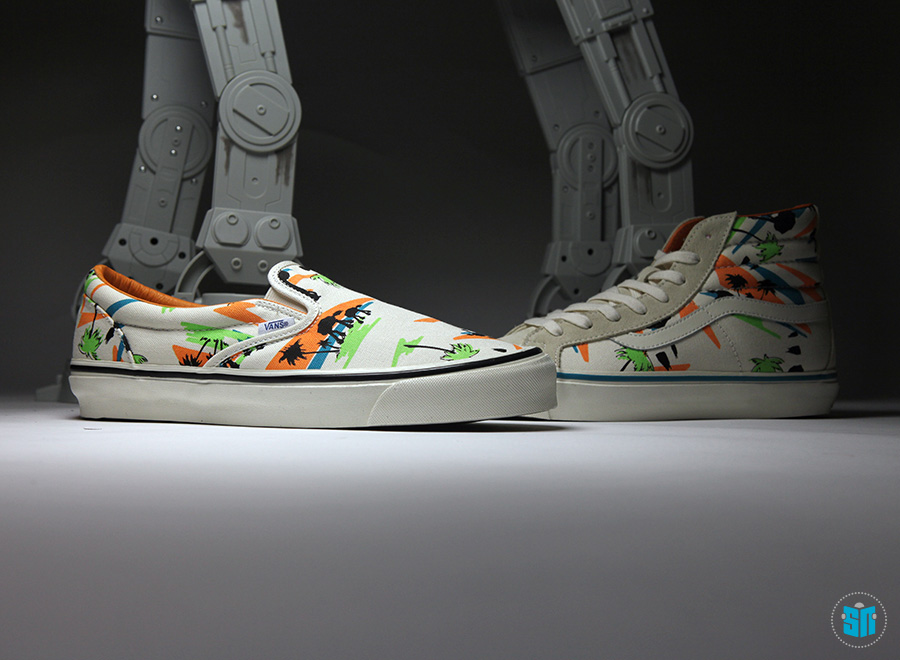 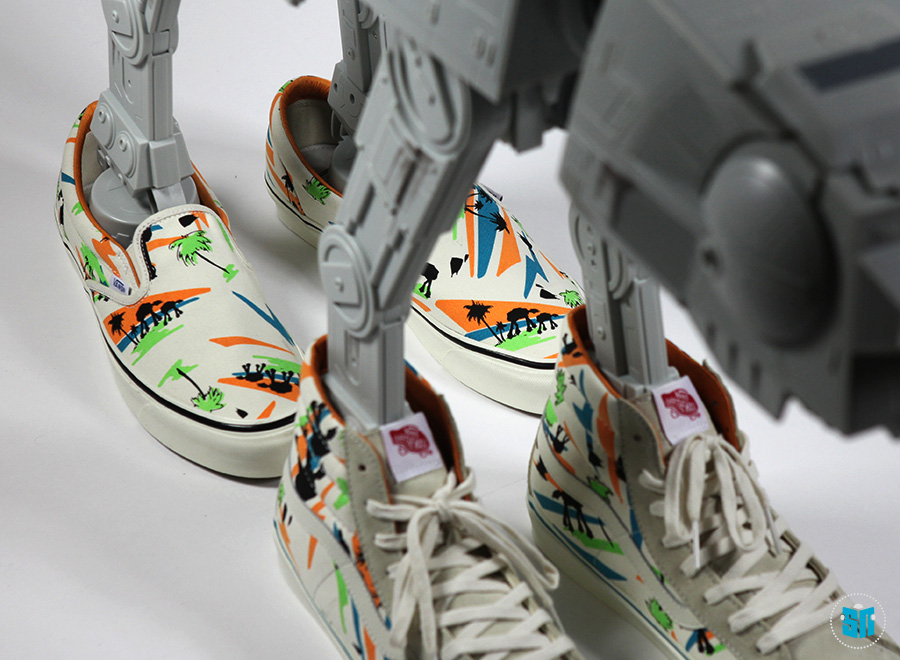 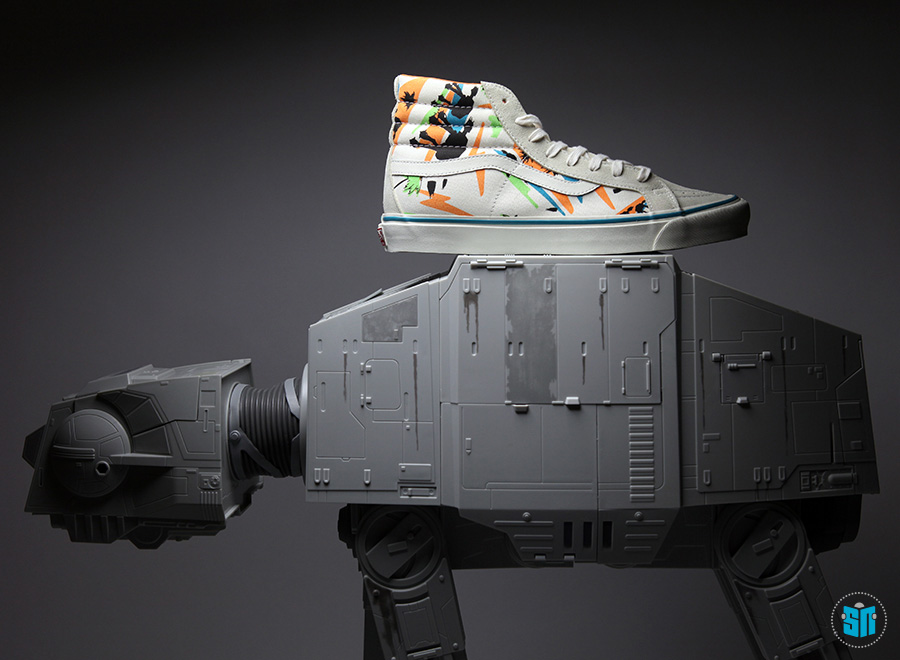 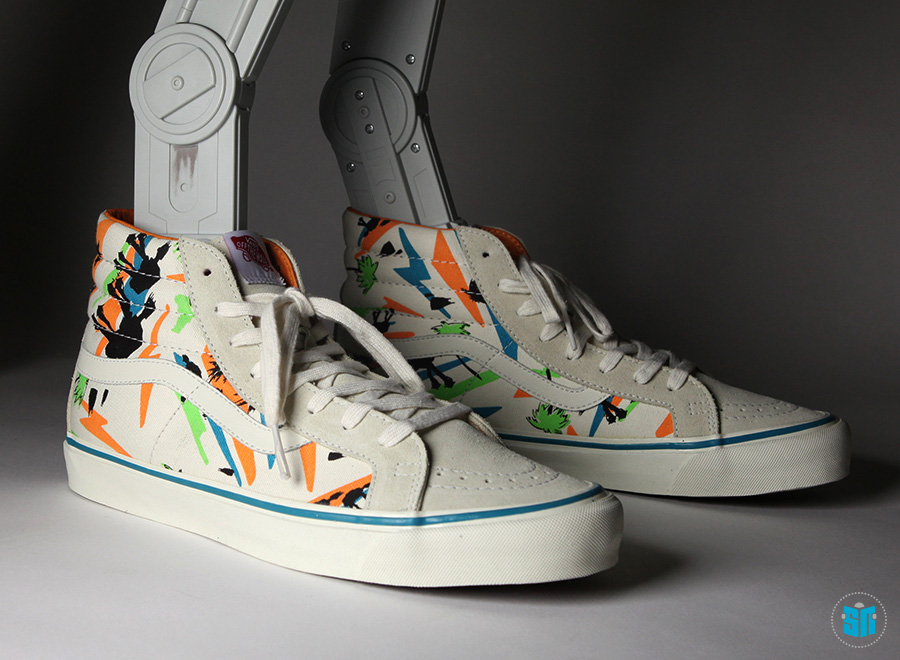 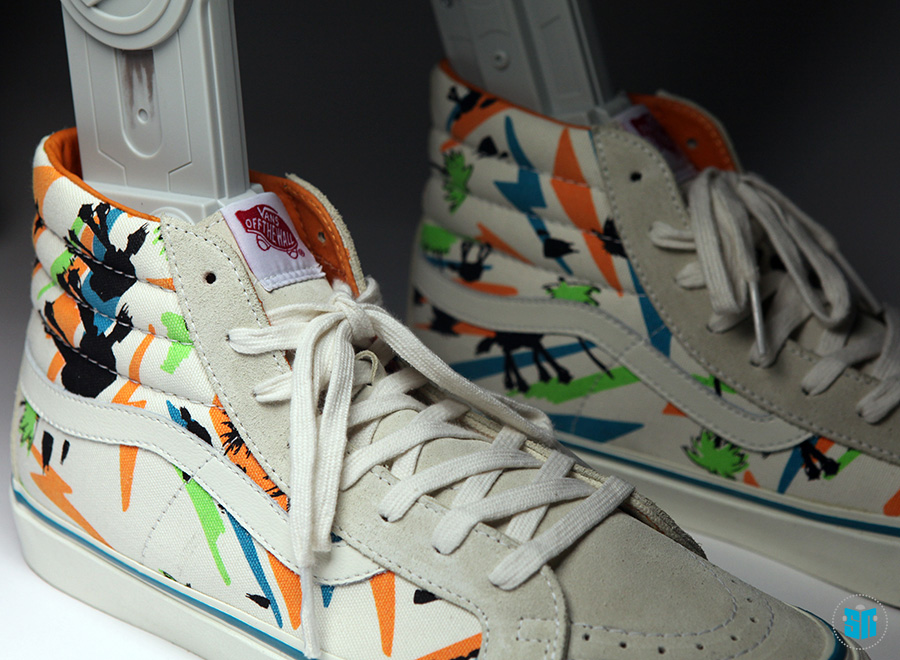 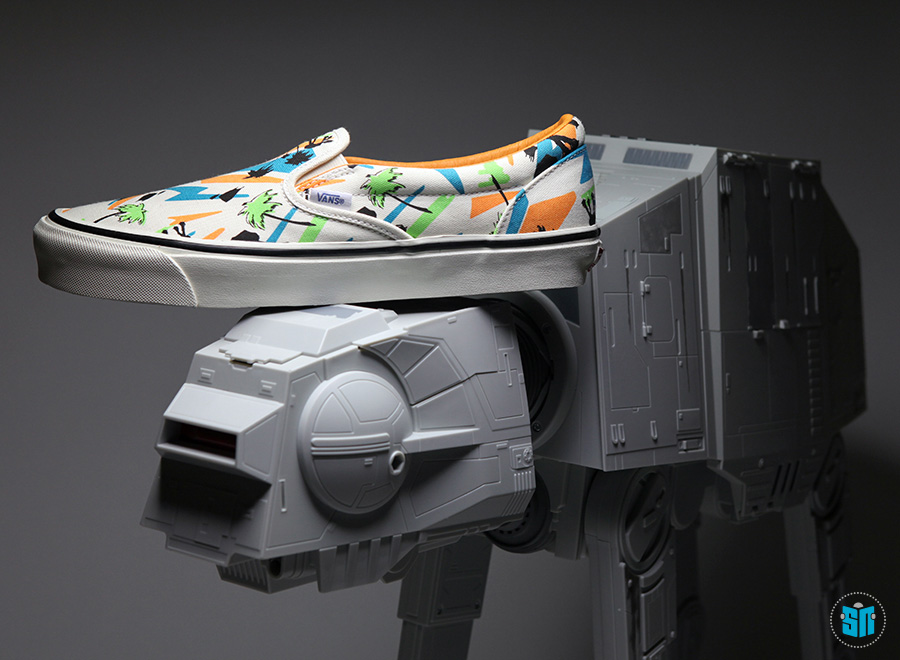 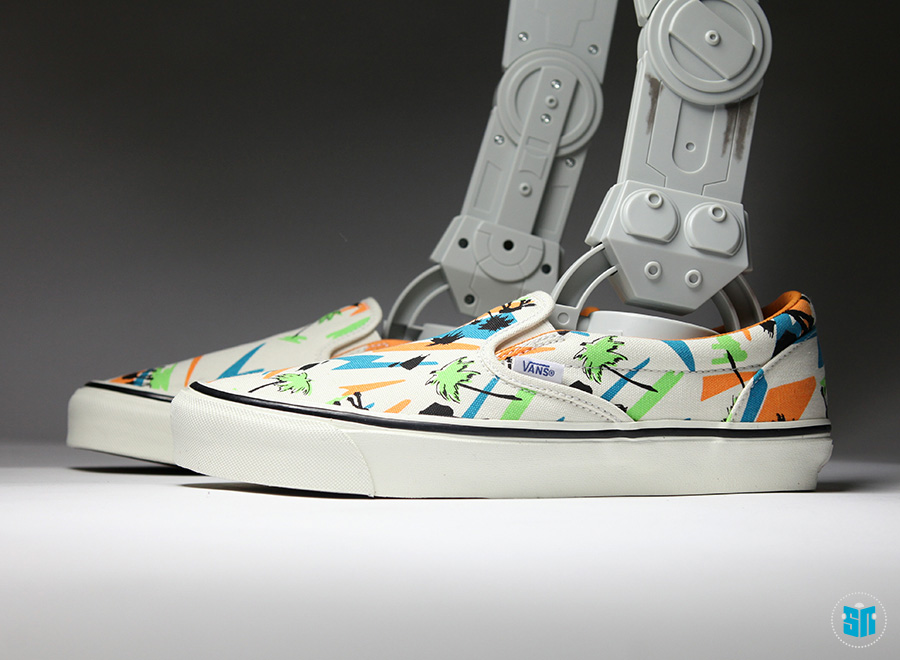 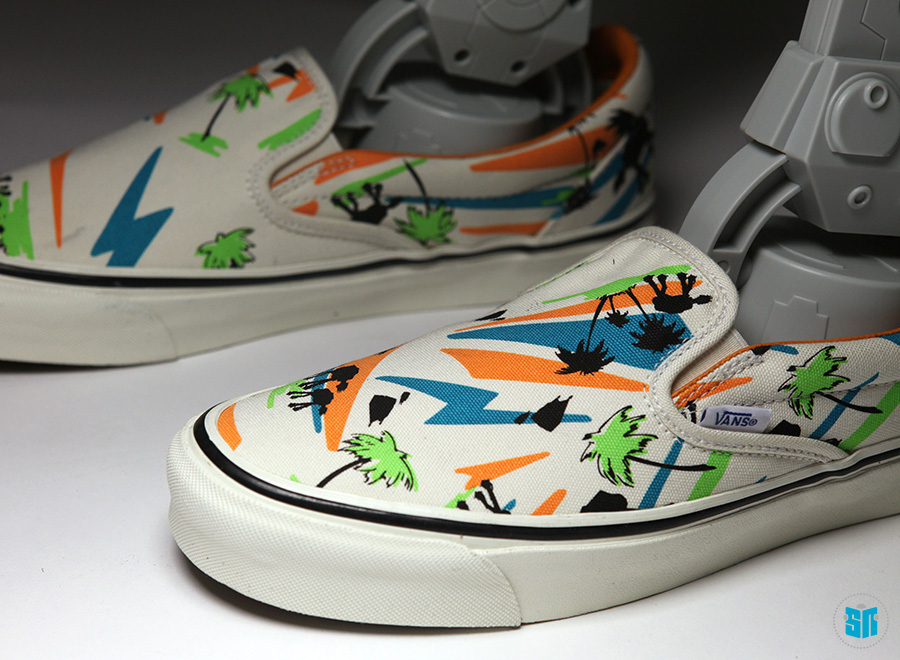