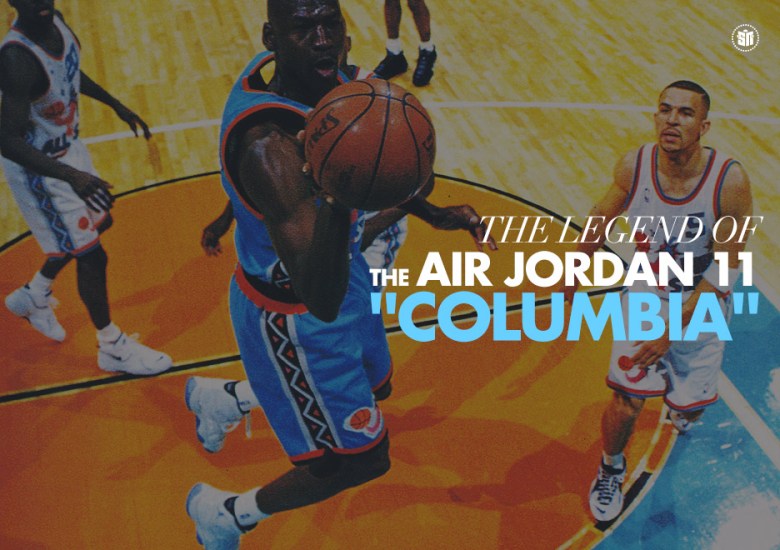 The Legend of the Air Jordan 11 “Columbia” 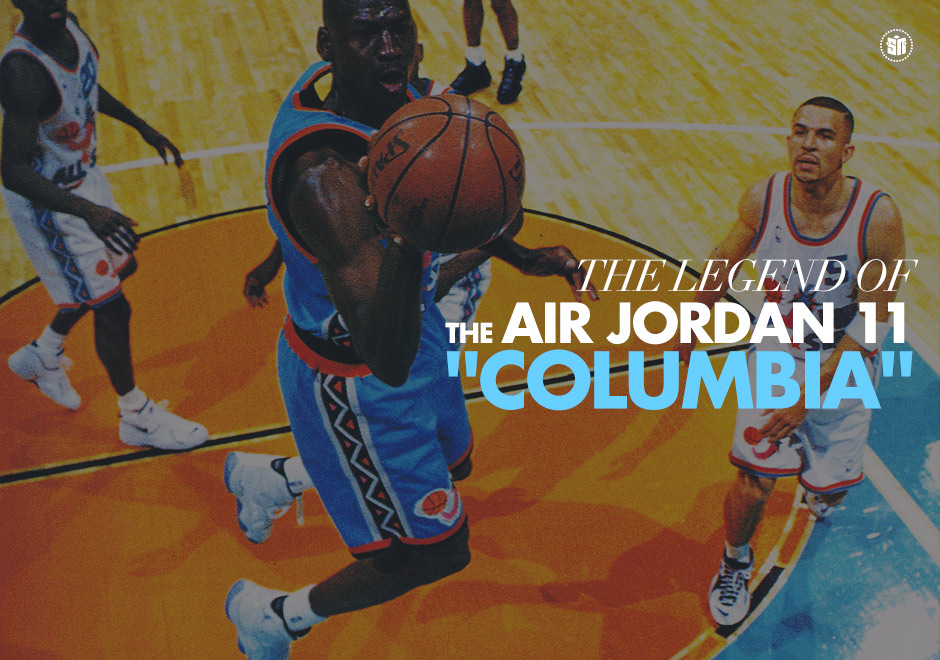 Are you ready for the biggest, most hectic sneaker release of the year? If you want a pair of the Air Jordan 11 “Legend Blue”, you’d better be ready to battle it out in-store and online, because the Legend Blue 11 release will be remembered in the year of sneakers. We all know that every release of the Air Jordan 11 (and almost every other AJ Retro, for that matter) is a major deal, but the hype may be larger than ever for the Legend Blue 11s, due to how long we’ve had to wait for this celebrated colorway to return.

But just how long has that wait been? Are you familiar with the history of the shoe you’re willing to lose sleep for or trample over your grandma to obtain on release day? Before the chaos ensues on December 20th, let’s take a minute to reflect on the brief history of this fabled colorway, beginning in 1996 when the shoe went by a different name, the “Columbia” Air Jordan 11, and ending with this Saturday’s monumental release. 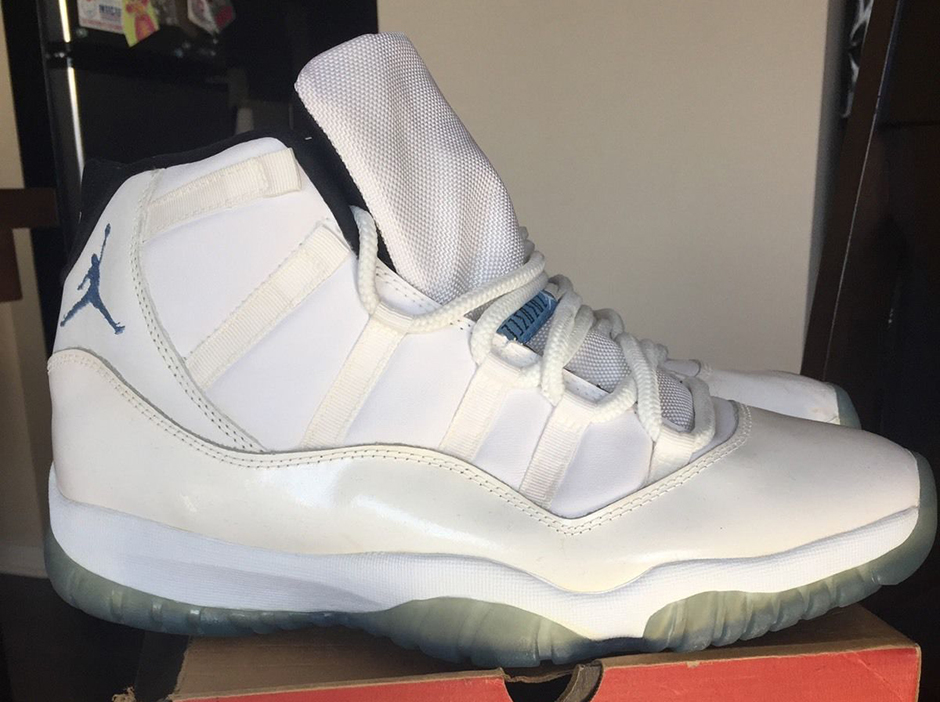 The Original – 1996
Of the three original colorways of the more-than-iconic Air Jordan XI along with the “Concord” and “Bred” versions (unless you count the “Space Jams”, which never released at retail), the “Columbia” look was the lone non-Bulls friendly XI. Beginning with the “Powder Blue” Air Jordan IX, a colorway of each Air Jordan accented in the Carolina blue of Michael’s UNC alma mater seemed to be becoming a tradition after subsequent looks for the AJ10 and AJ11 hit the market. But after the Columbia 11 released, we never got an OG Air Jordan XII in a Carolina color scheme. Perhaps the people at Nike thought the 11s were just too great to top. Mike only wore them for one game, the 1996 All-Star Game, but the Columbia 11s would become legendary, just like the other two original Air Jordan 11s. 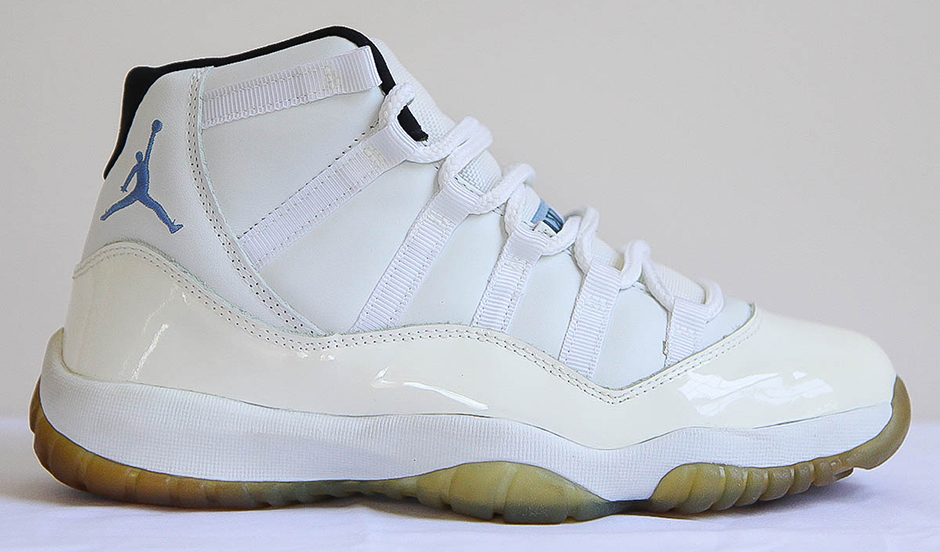 The First Retro Release – 2001
It was five years later when we all got another shot at the Columbia 11s with their first retro release in 2001. Being an Air Jordan 11, their retro of course caused quite a stir, but it was nothing like this year’s re-release will be like. Remember when you could buy Air Jordan 11s without winning a raffle or Twitter RSVP? We didn’t even know what a bot was back then. 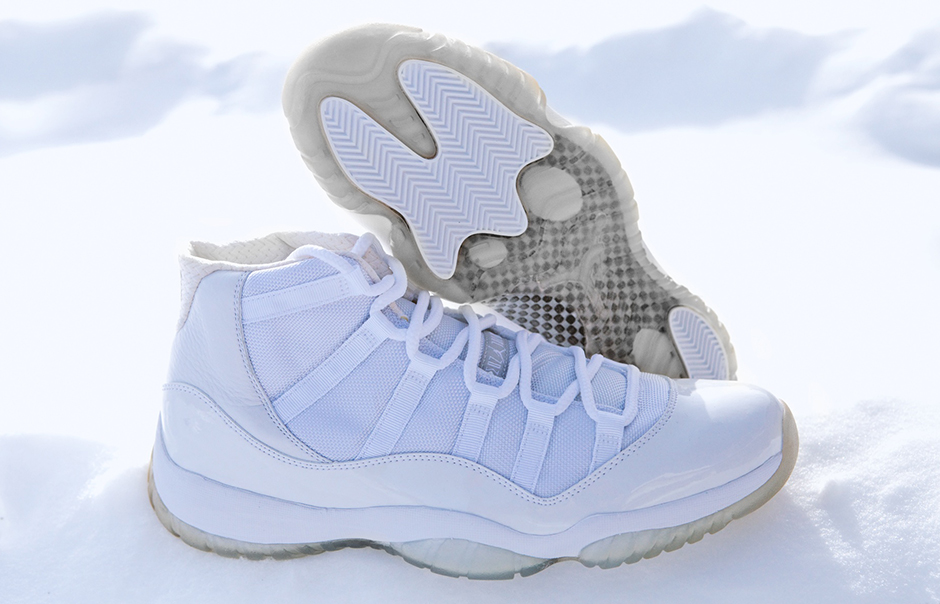 Silver Anniversary – 2010
Before 2010’s release of the Silver Anniversary Air Jordan 11 was confirmed, rumors were floating around about an all-white Air Jordan 11 hitting the market, which many assumed and hoped would be another return of the Columbia colorway. It had been nine years since we saw them last, and people were getting thirsty for that Carolina-tinted shade of blue. But alas, it wasn’t the Columbia 11 that we got, and we continued to wait for the legendary colorway’s return. 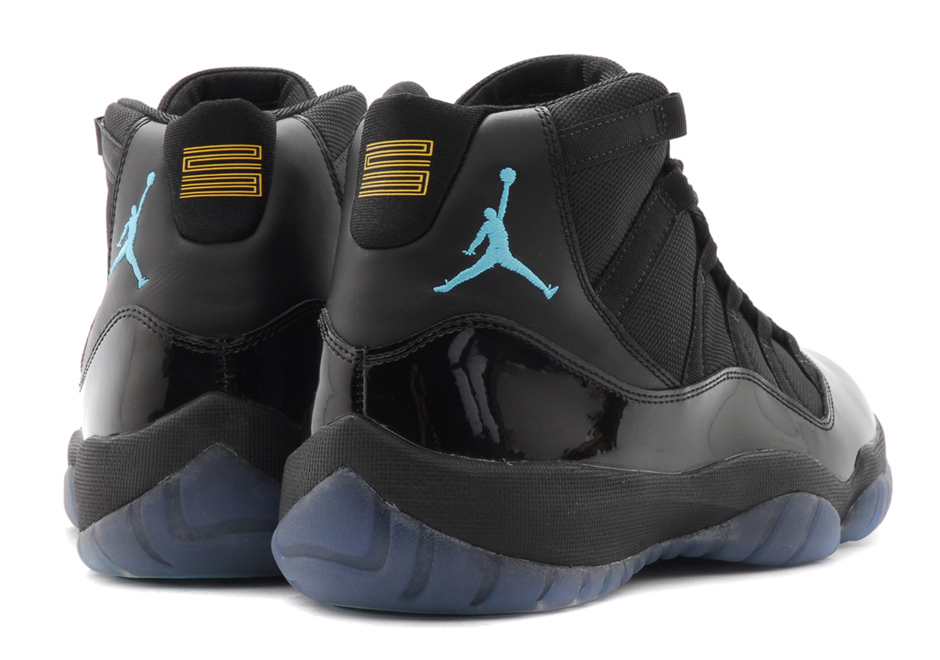 Rumored Release – 2013
By the winter of 2012, every original Air Jordan 11 had returned to stores in the famed December tradition. All, except the Columbia 11s. With that said, it seemed pretty fair to assume that the UNC-inspired XIs were to be next, and throughout the first half of 2013, there was plenty of chatter surrounding the release that was all but confirmed. Then, with the Gamma Blue pair surfacing on the blogs, dreams were shattered and the Columbias never happened, and we were kept waiting… 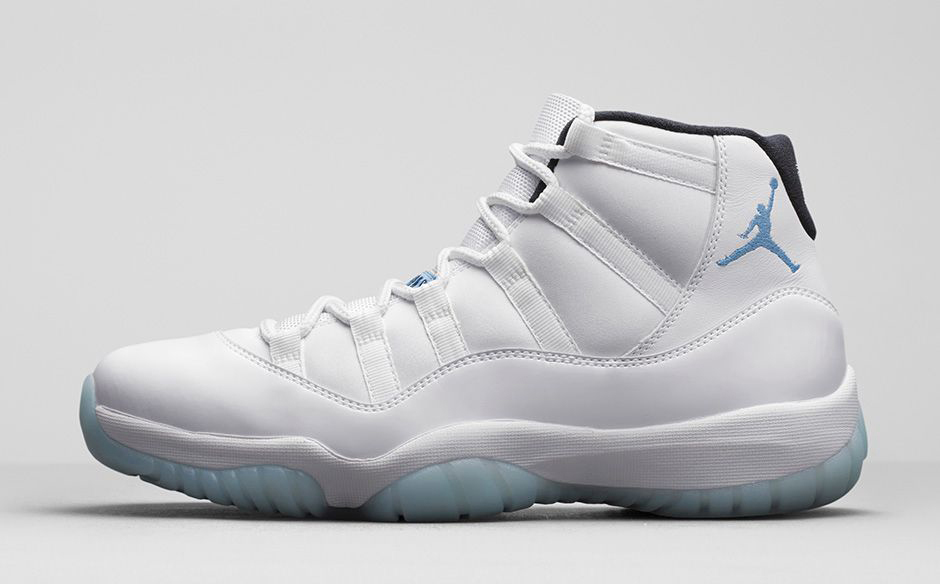 Legend Blue – 2014
…and waiting. But the time of rejoicing is finally here, because the Columbias are finally returning. Making us all anticipate their return for so long, the Columbia 11s have built a certain mystique that no other Air Jordan 11 holds. Part for the fact MJ only wore them for one game, part because we’ve waited so long for them to come back again, and part because the colorway is simply perfection, the Columbias have become so legendary that Jordan Brand went and renamed the famous accenting hue. From now on, the “Columbia” Air Jordan 11 is the “Legend Blue” Air Jordan 11.