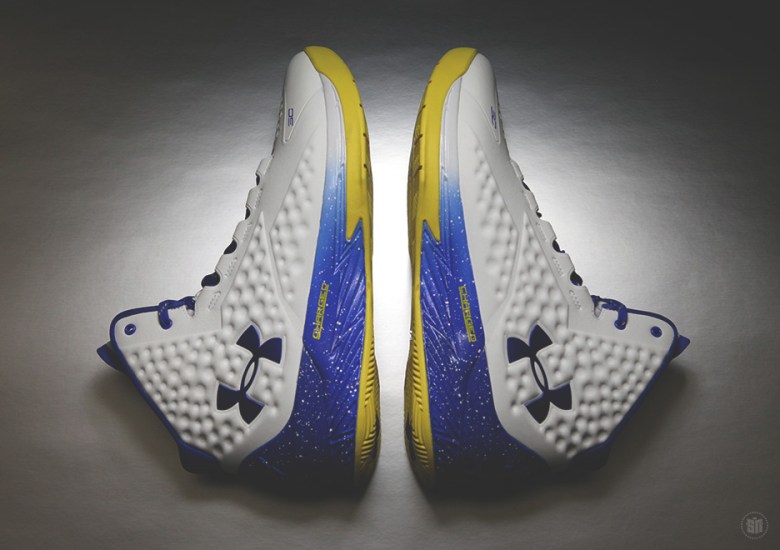 Underdog To NBA Champ? Here’s Steph Curry’s Under Armour Shoes For The Playoffs 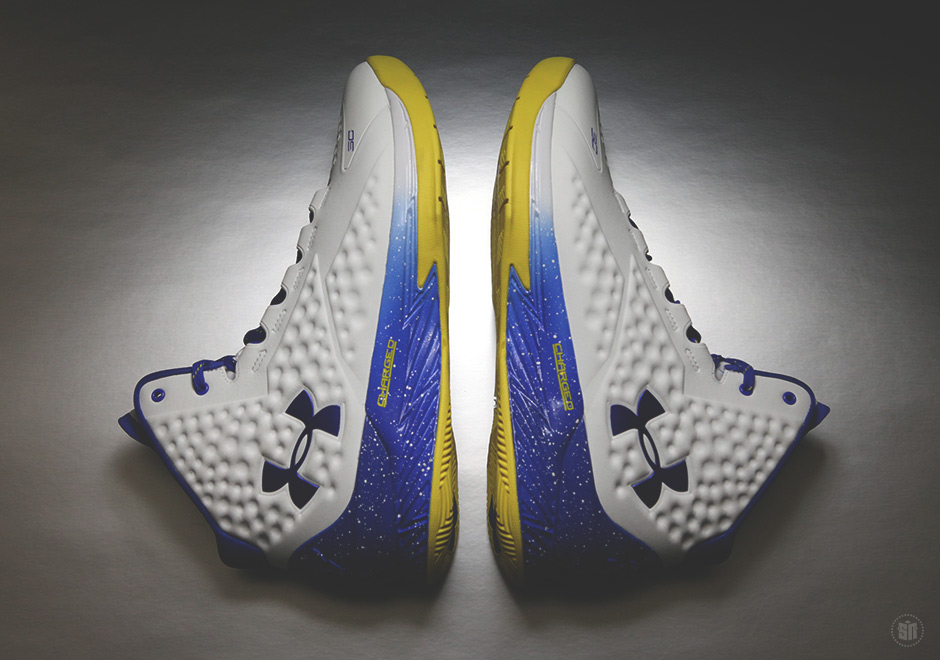 For some NBA teams, it took a full 82 games to solidify their spots in the post-season. The Golden State Warriors, however, had their campaign nicely wrapped up by the All-Star Break, but continued hard-nosed play night in and night out to maintain their alpha stance on the league. This legendary season for the Oakland-based franchise was rife with highlights and headlines that sports journalists drooled over; Klay Thompson setting an NBA record by scoring 37 points in a quarter, the Warriors winning a franchise-best 67 games, and Draymond Green catching beef with half of the Clippers roster are just some of the stories that became newsworthy headlines, and that’s not even counting Steph Curry’s exciting campaign that had him a fixture atop the ESPN headlines.

But what made Curry such a likeable a star goes beyond the good looks, the in-game highlights that went viral on YouTube, his firm family-man stance, and the alleged 77 straight threes in practice. Steph Curry is the pure definition of an underdog because hoops experts had every reason to count him out among the “elite” players in the league. And even after this season (and potentially an NBA Championship), the Davidson product won’t rest on his laurels – he’ll continue to play with the chip on his shoulder, and there’s nothing more dangerous than an elite player approaching each game like he has something to prove (think LeBron’s entire run with Miami). Under Armour pounced on the opportunity to sign Curry and the brand’s brass gets giddier with every three their signature star sinks in the Curry One signature shoe.

The Under Armour Curry One “Playoffs” will be worn by Curry during the 2015 NBA Playoffs. Expect a retail release in May. 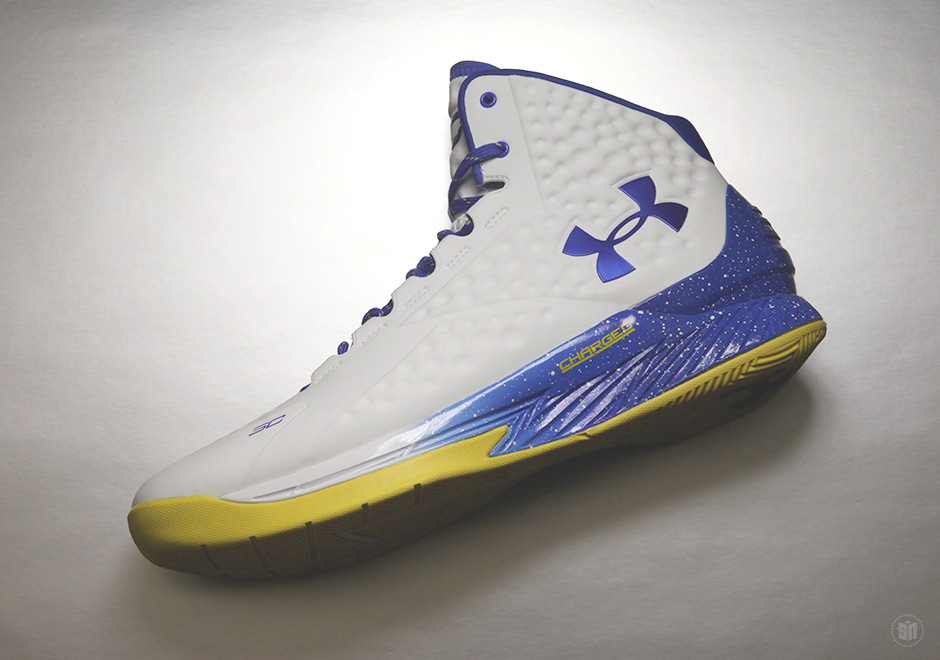 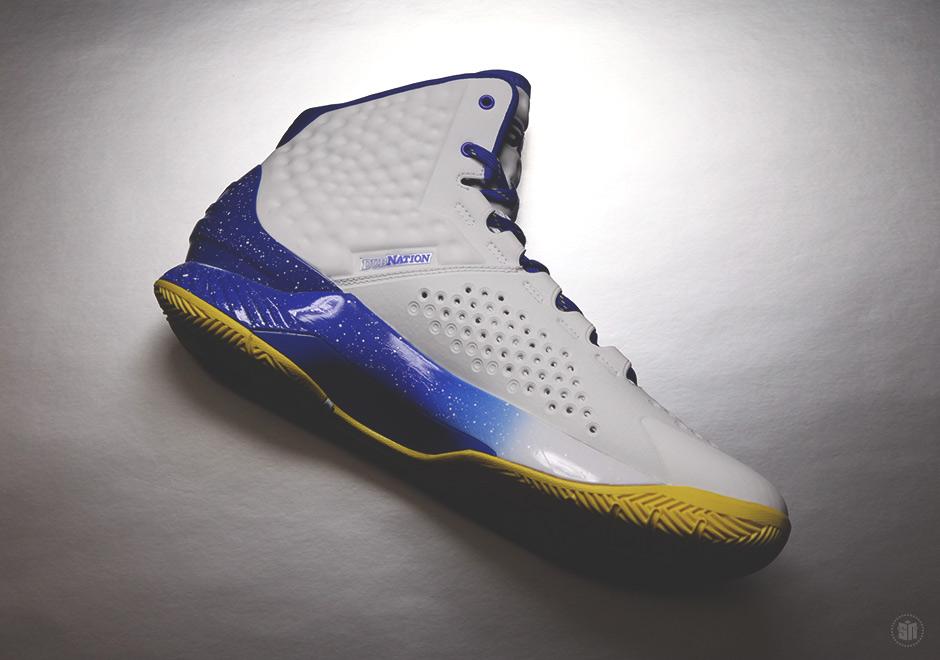 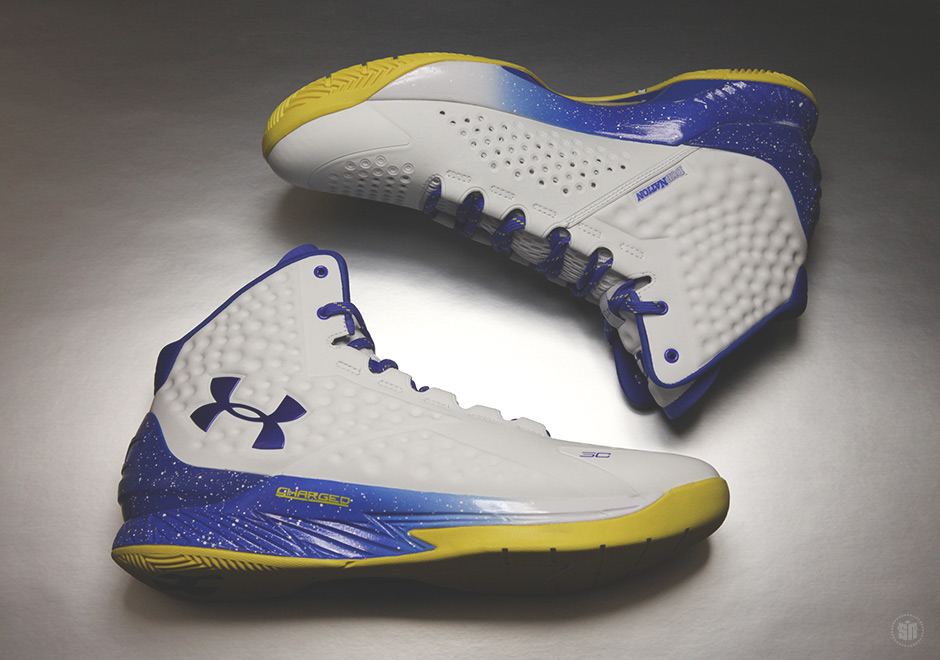 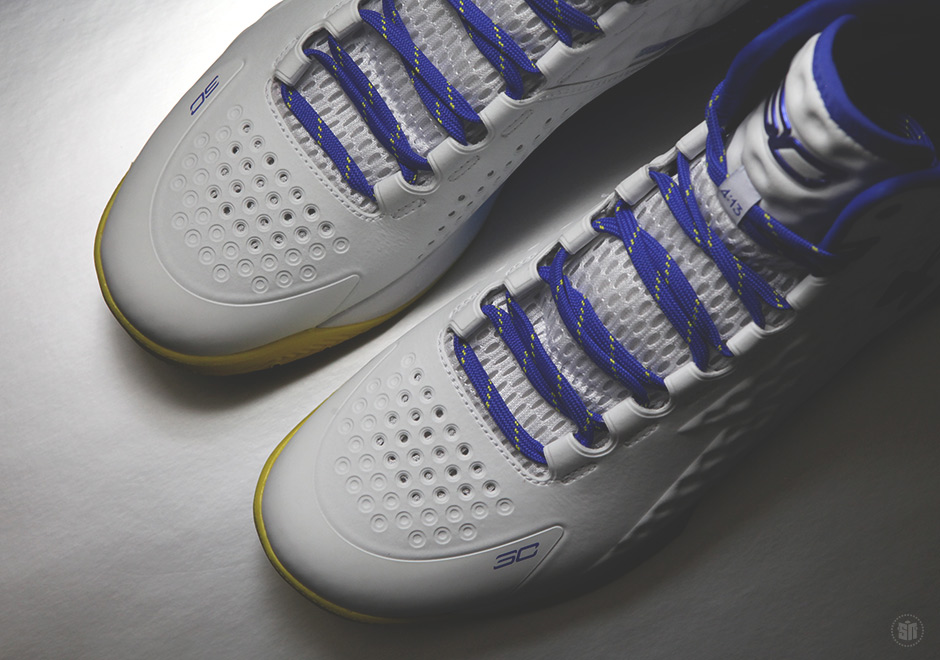 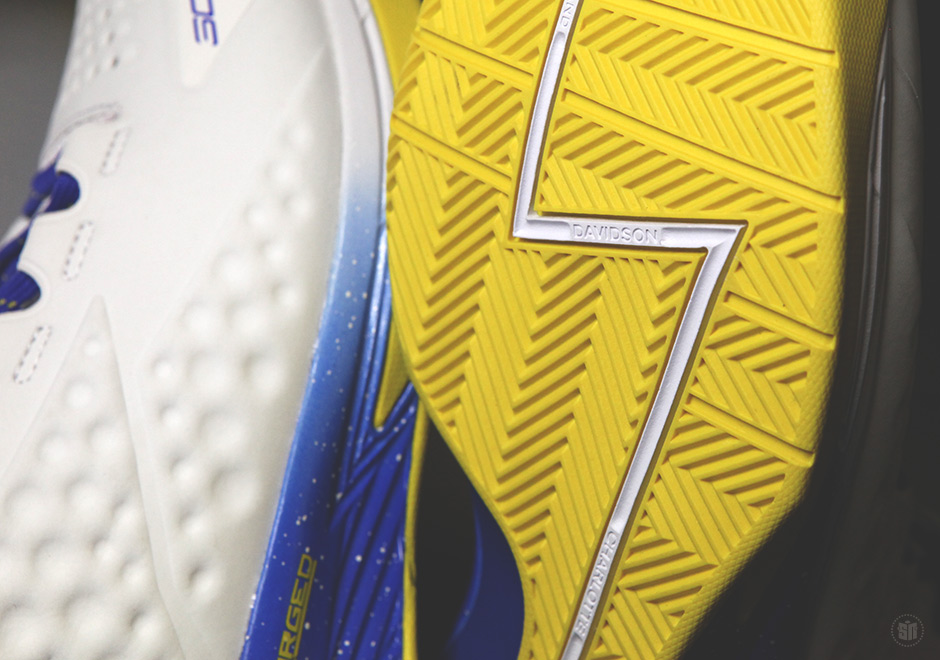 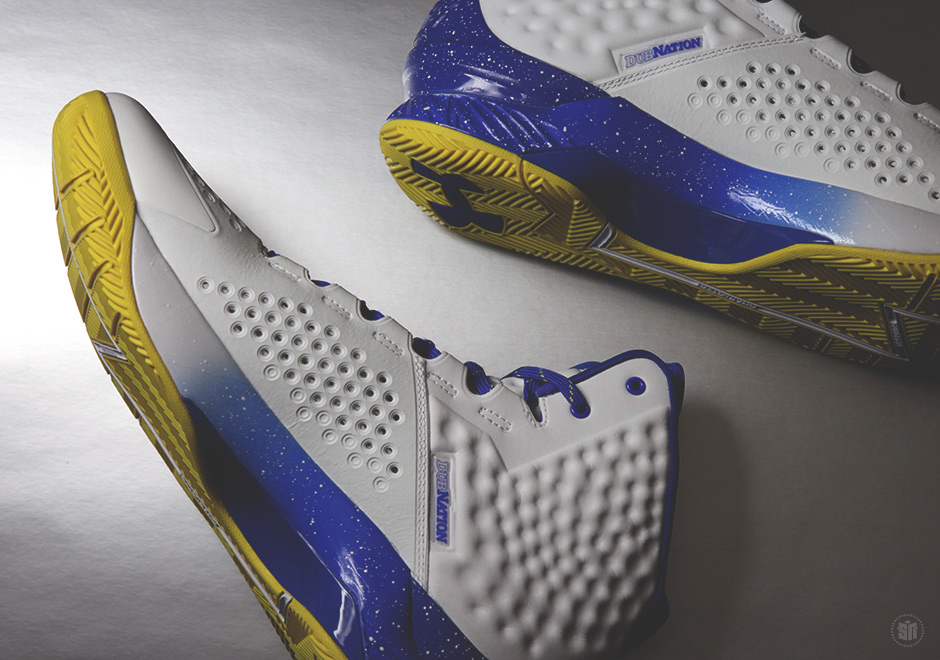 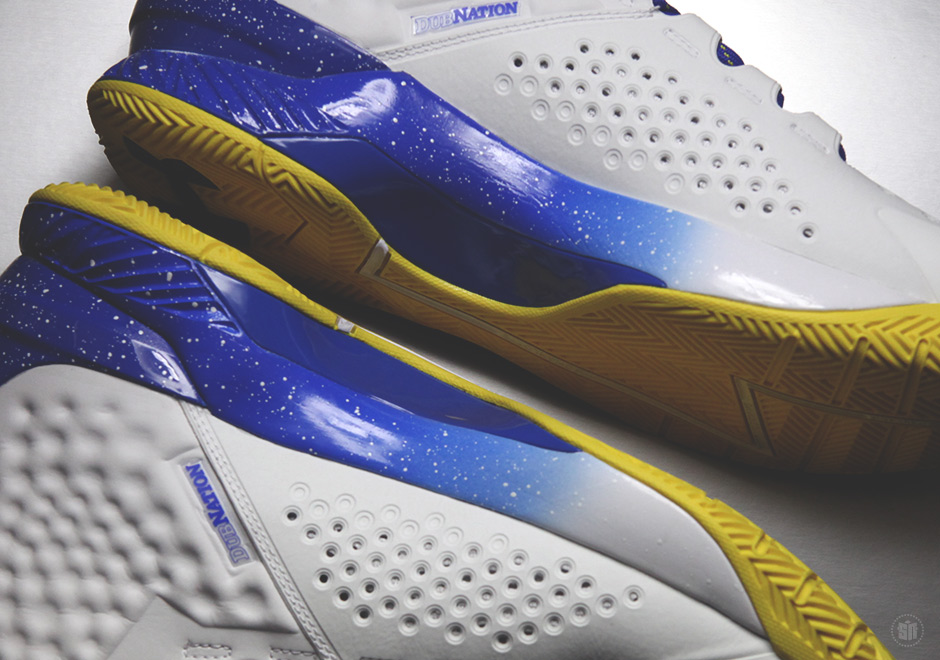 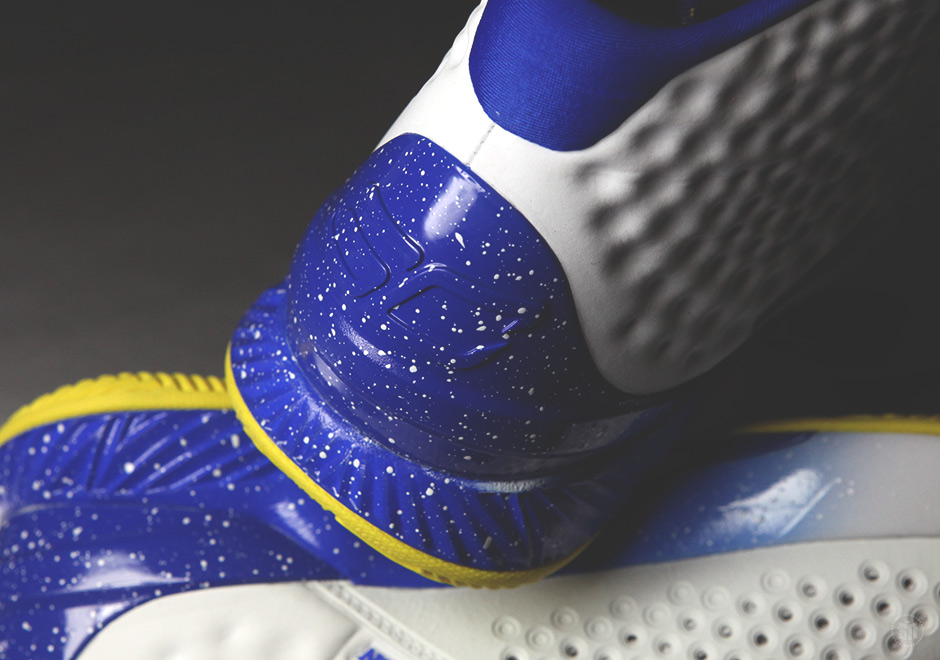 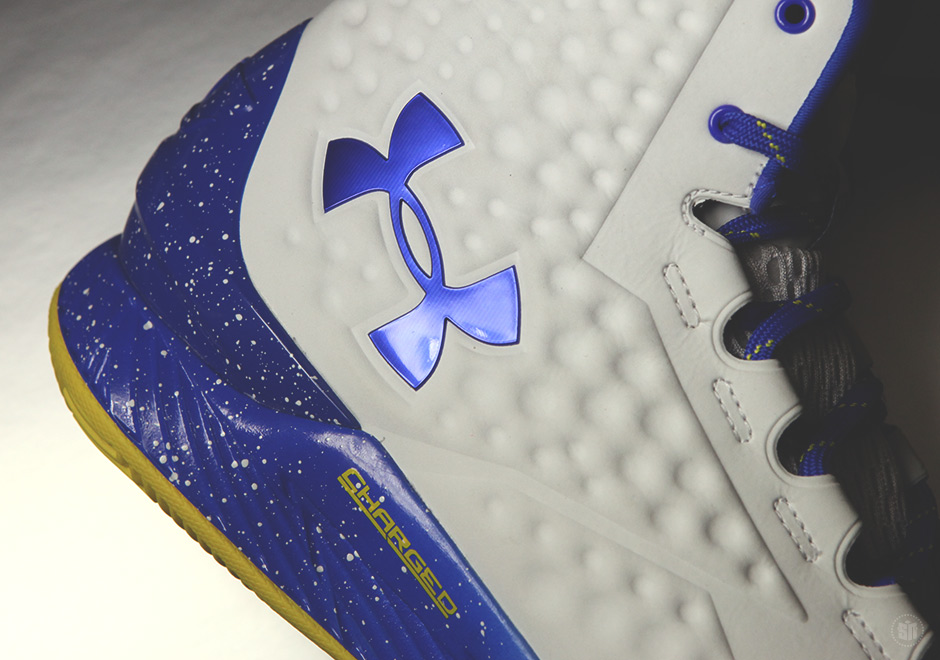