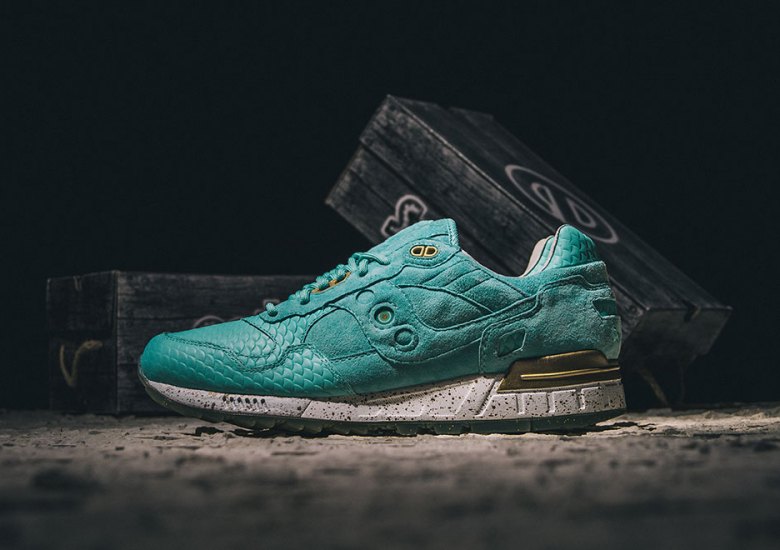 Epitome And Saucony Get Inspired By A Giant Monument In Atlanta 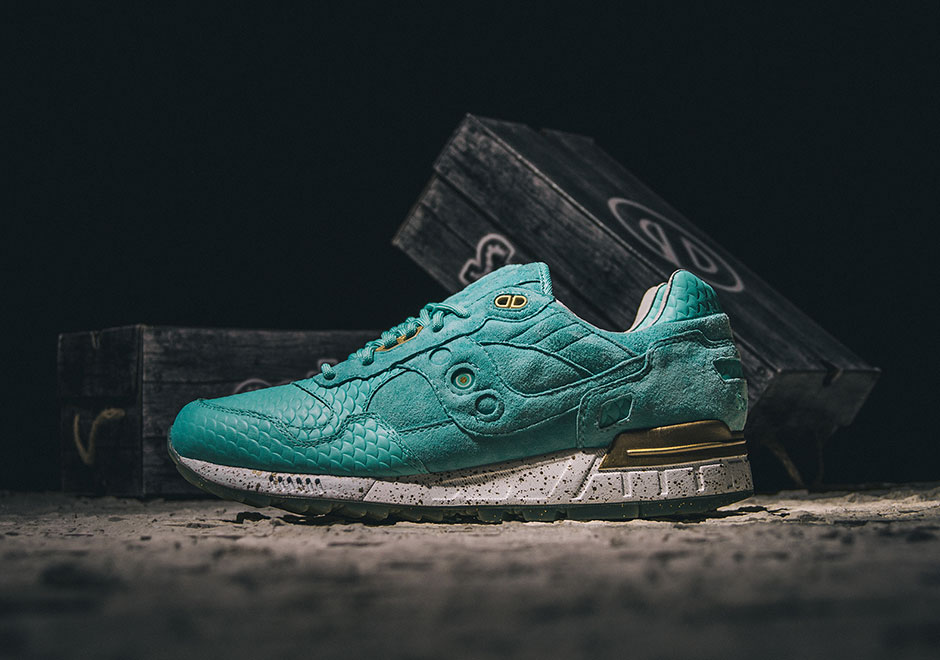 A giant monument in refreshing mint and a lustrous copper/gold – you’re already thinking the Statue of Liberty in New York City, right? While we respect the giantess in the Big Apple, this latest collaboration shifts focus to another major city of the United States in Atlanta, where sneaker shop Epitome resides. The “Big Fish” is a 65-foot statue that sits just across the street from the store (pictured below if you’re curious), and it’s replicated in the Shadow 5000 via premium pigskin suede and leather uppers with fishscale detailing around the shoe. The symbols of the “hamsa” and “eye of conscience”, which represent protection and guidance, are prominently featured on the tongue as well as the insoles. A release date of May 23rd has been penciled in with an attached MSRP of $169, so enjoy a detailed look below and let us know what you think of Saucony’s latest collaborative venture. 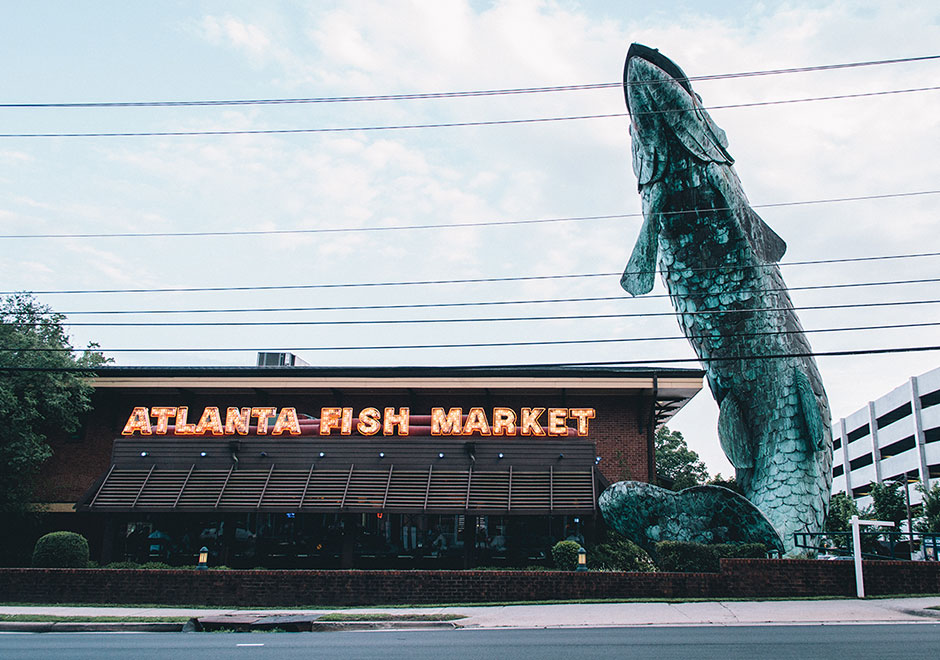 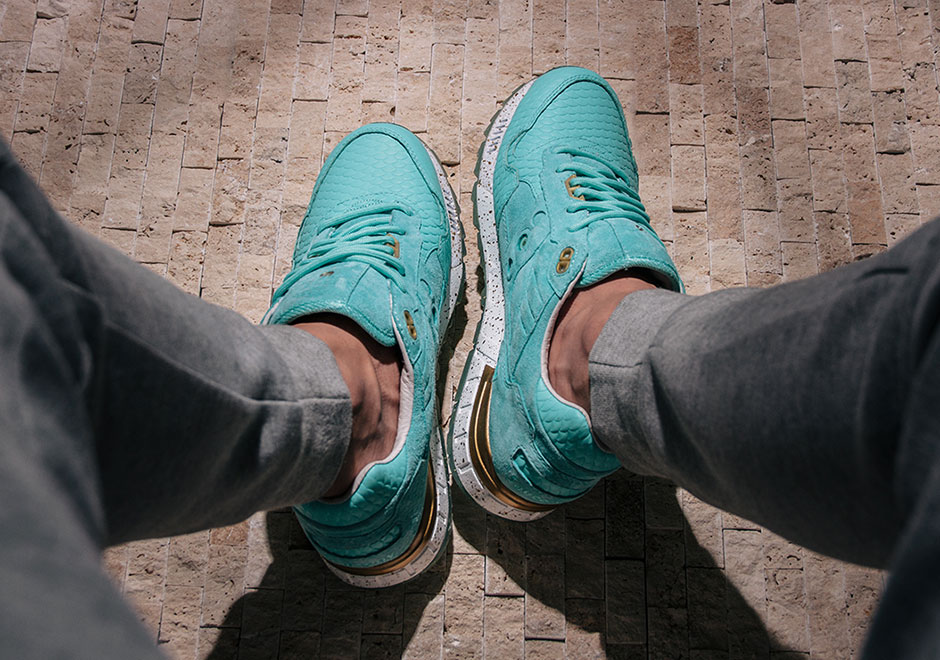 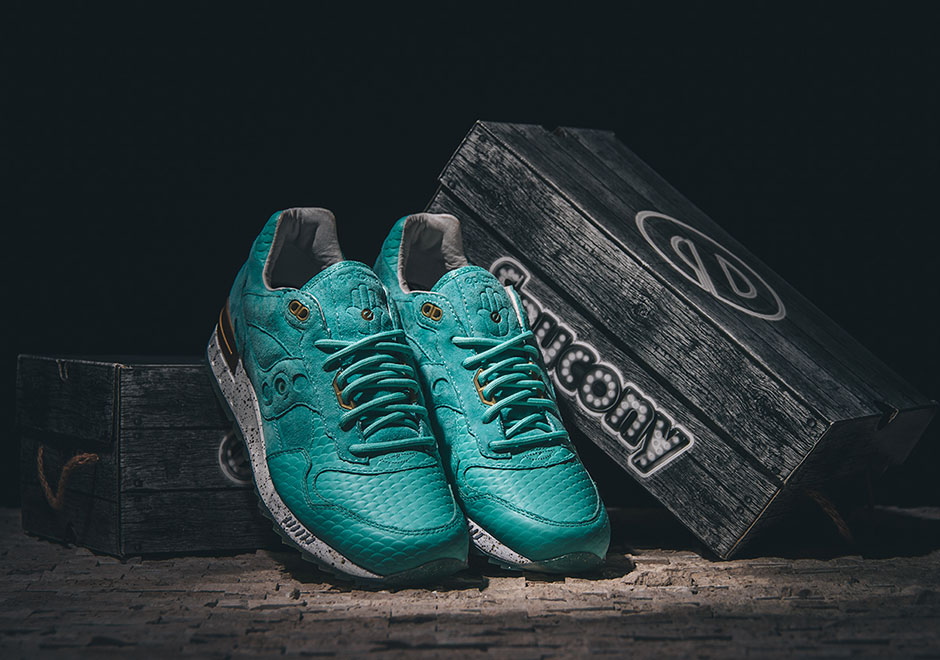 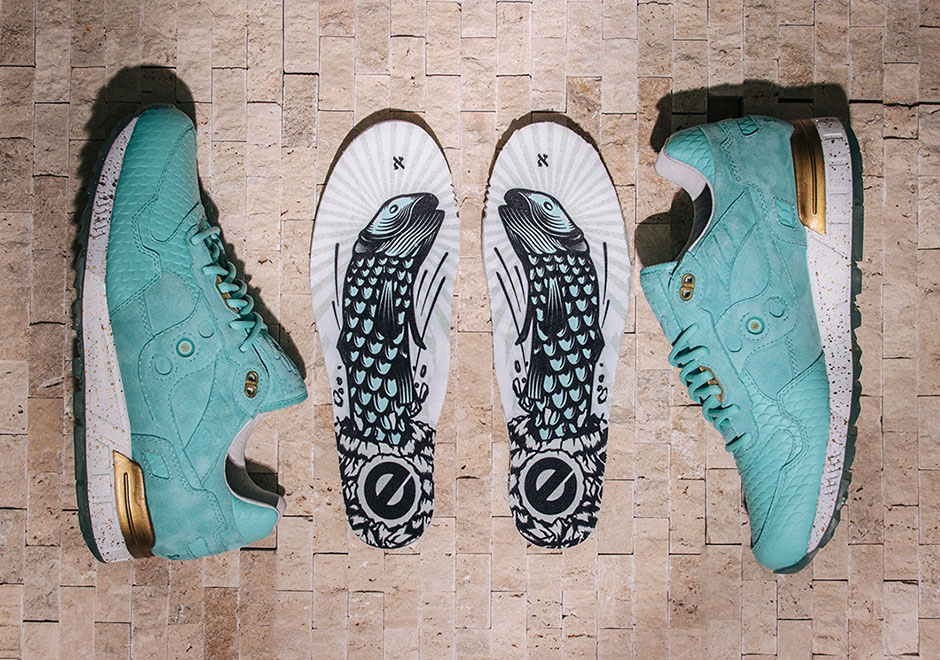 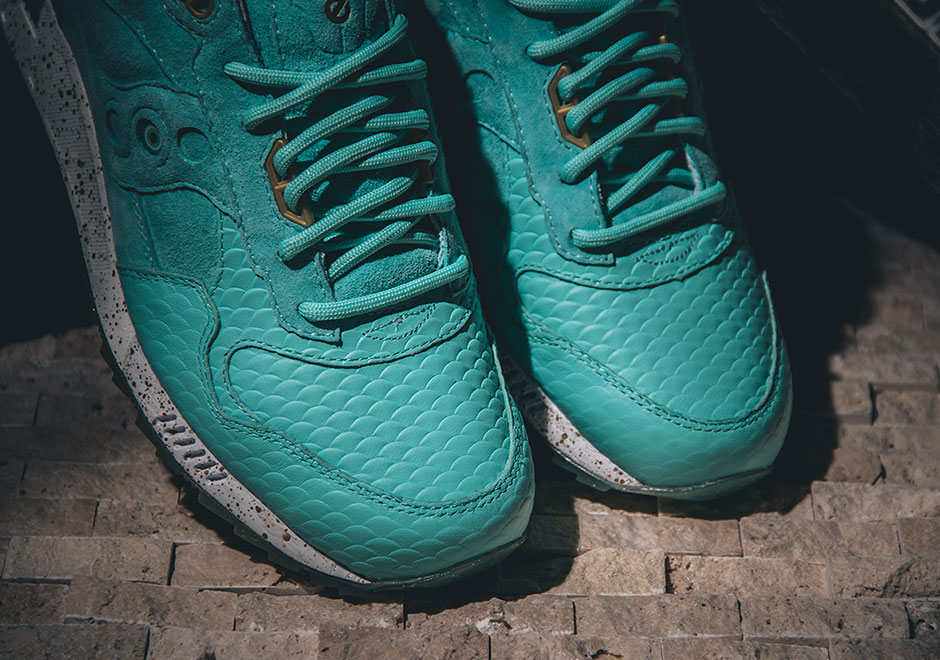 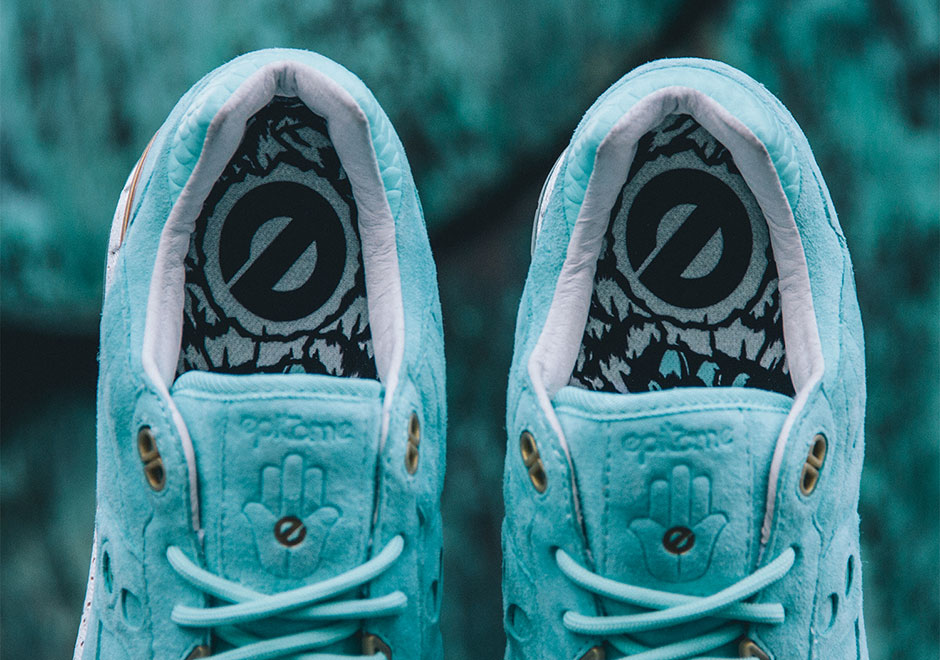 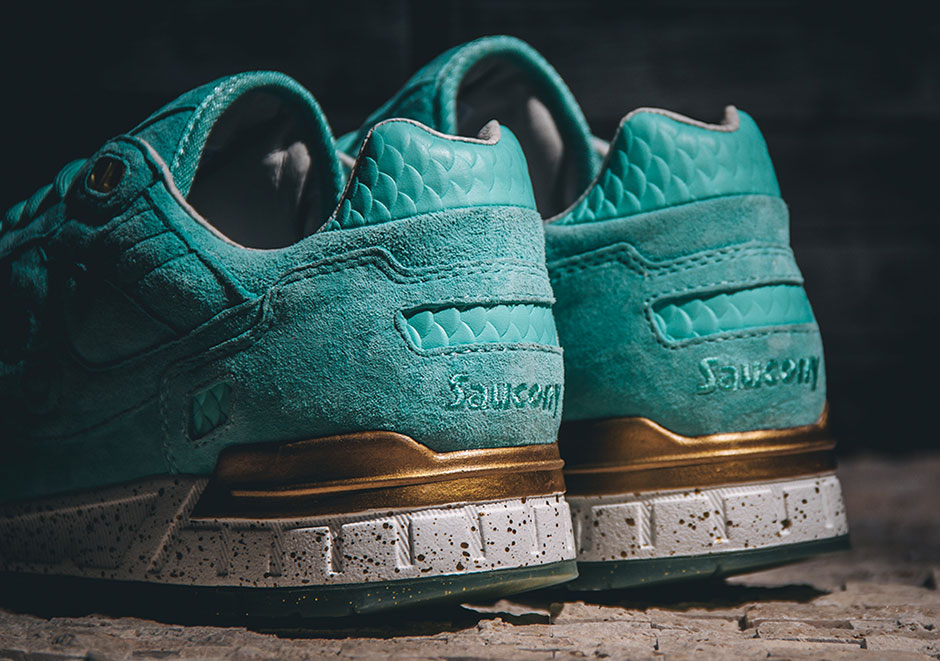 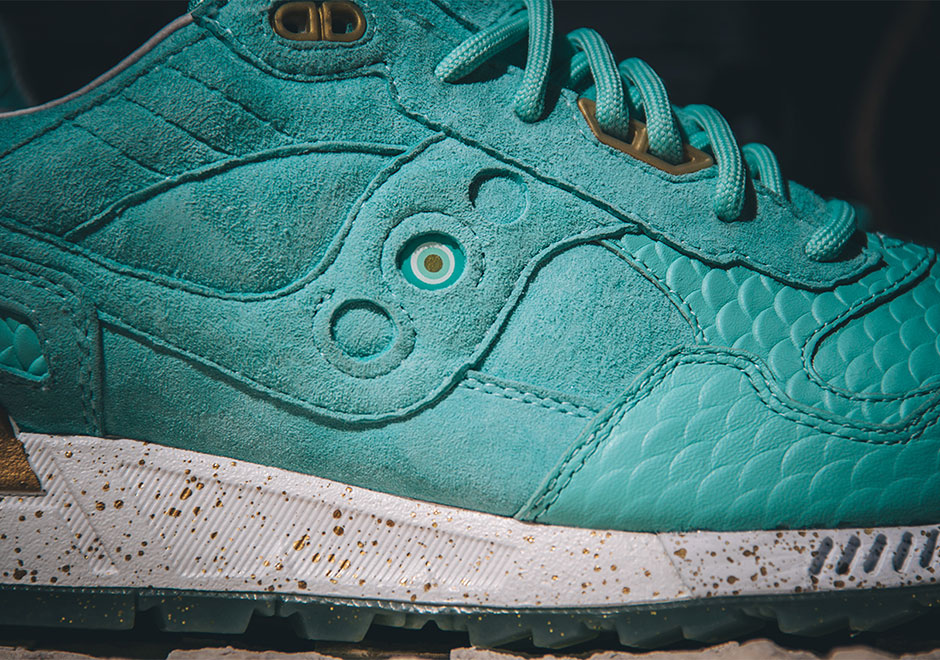 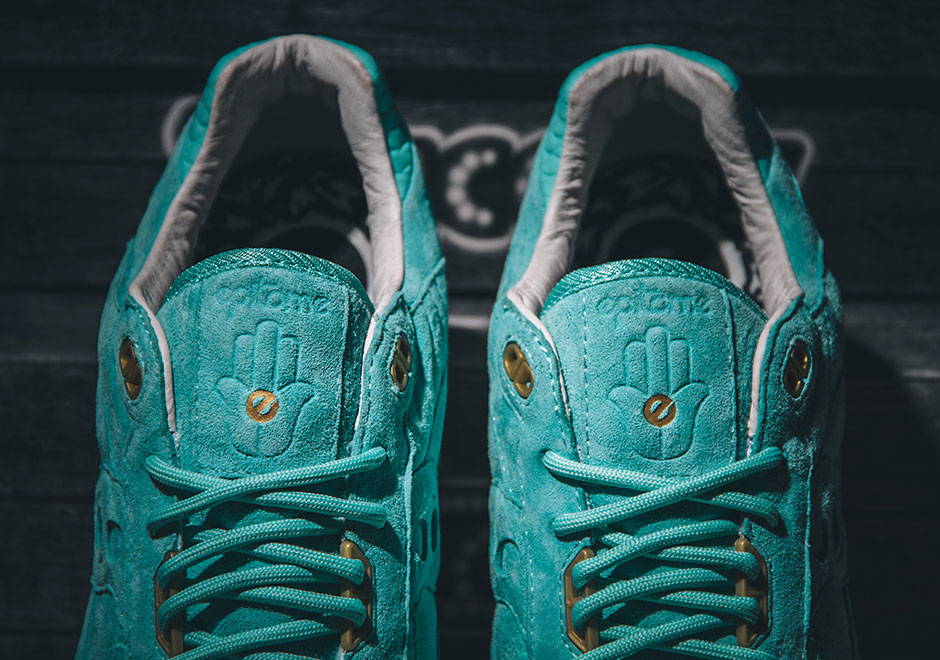 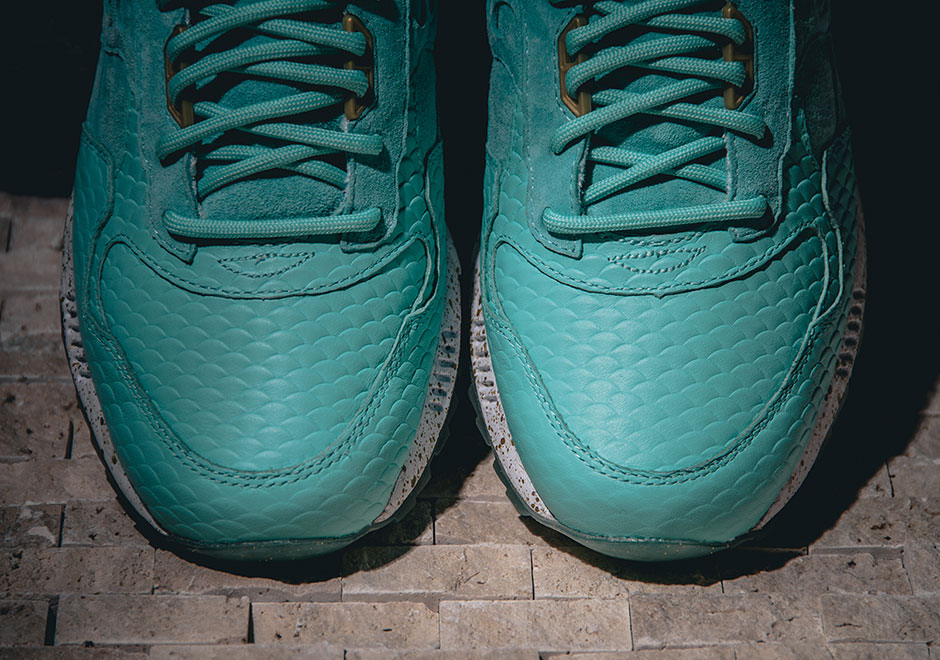 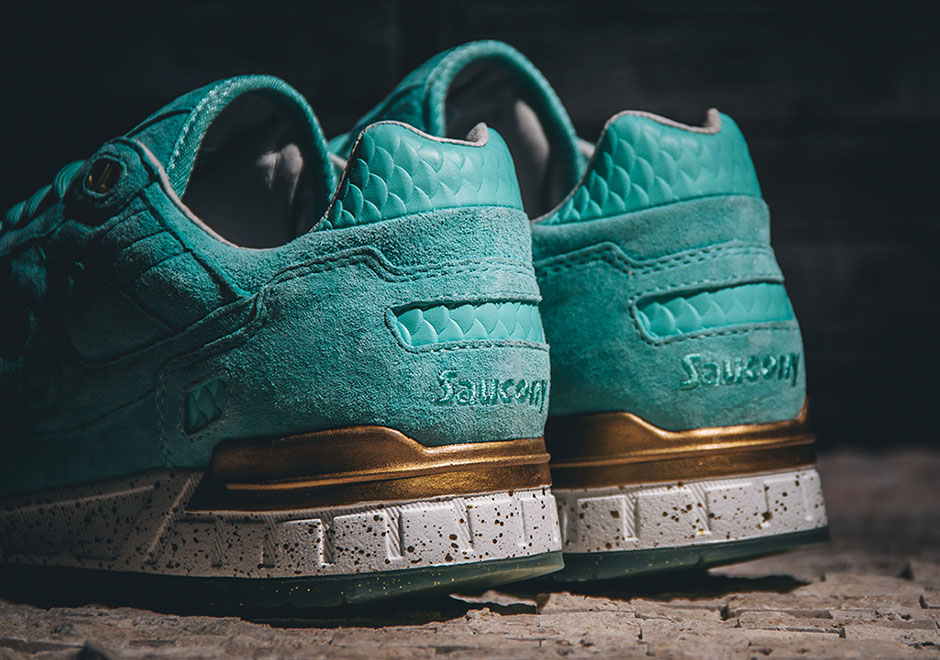 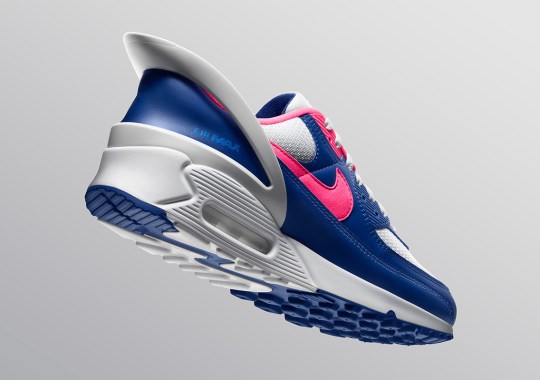 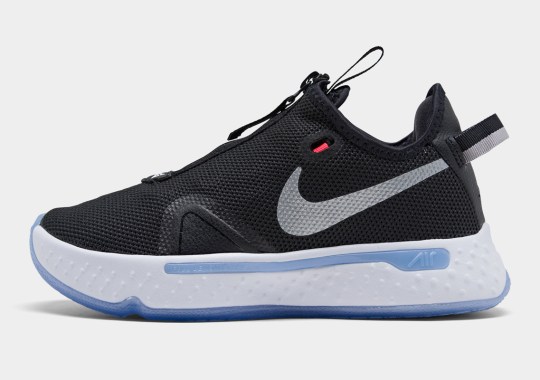 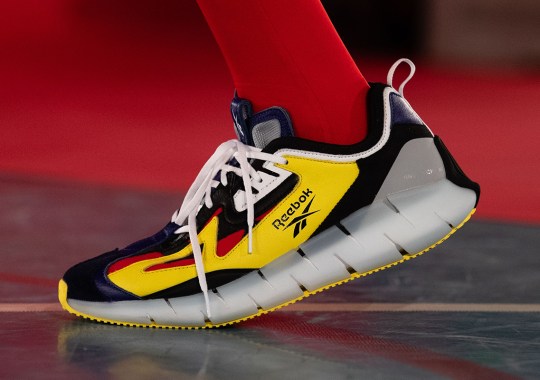