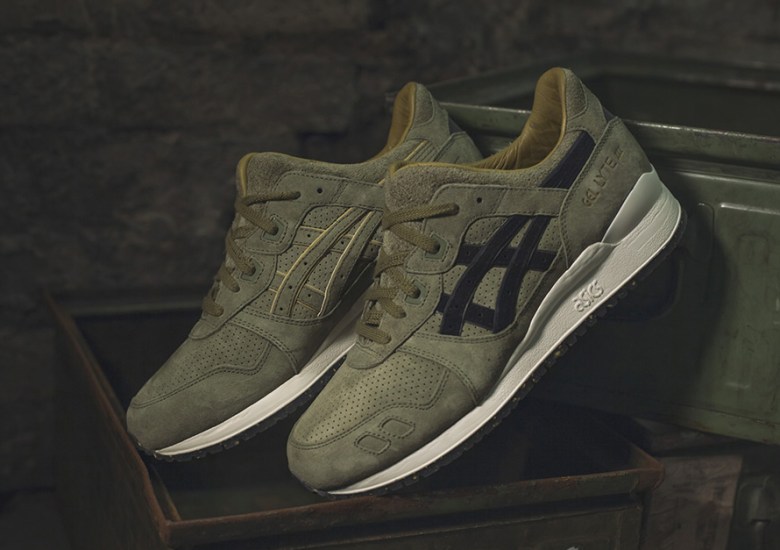 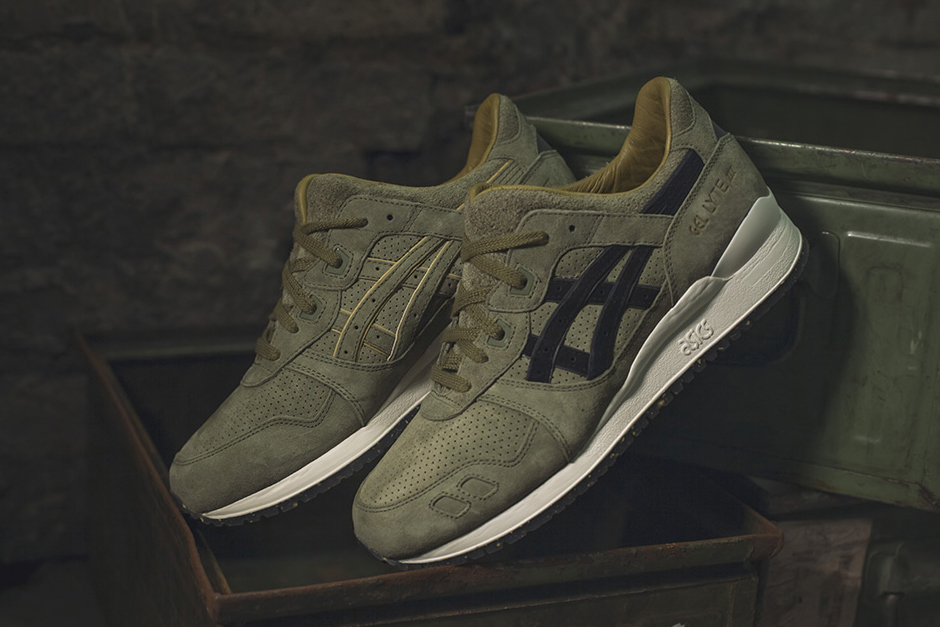 Foot Patrol and ASICS Tiger are teaming up to celebrate the 25th Anniversary of the ASICS Gel Lyte III in a special collaborative effort out August 29th. The London based brand has made their bleak inspiration known throughout the sneaker world thanks to the infamous gas mask logo found embroidered on every shoe with their cosign. The latest pair will remind you of the shop’s ASICS Gel Kayano, as a rich olive suede mixes with premium touches of perforated pingskin. Alternating side panel branding on the medial side adds a new dimension to the Gel Lyte III, inspired by Britain’s population struggling with World War II, a theme portrayed by the gas mask logo itself. Nicknamed “Squad” in an effort to show how people often come together in times of war while also nodding at the affectionate streetwear coinage of your own crew, the ASICS pair also utilizes pristine accents of metallic gold. Be sure to check out more photos after the break and pick up your pair directly from Foot Patrol on 8/29 with the potential for other retailers to stock the collaboration in the following weeks. 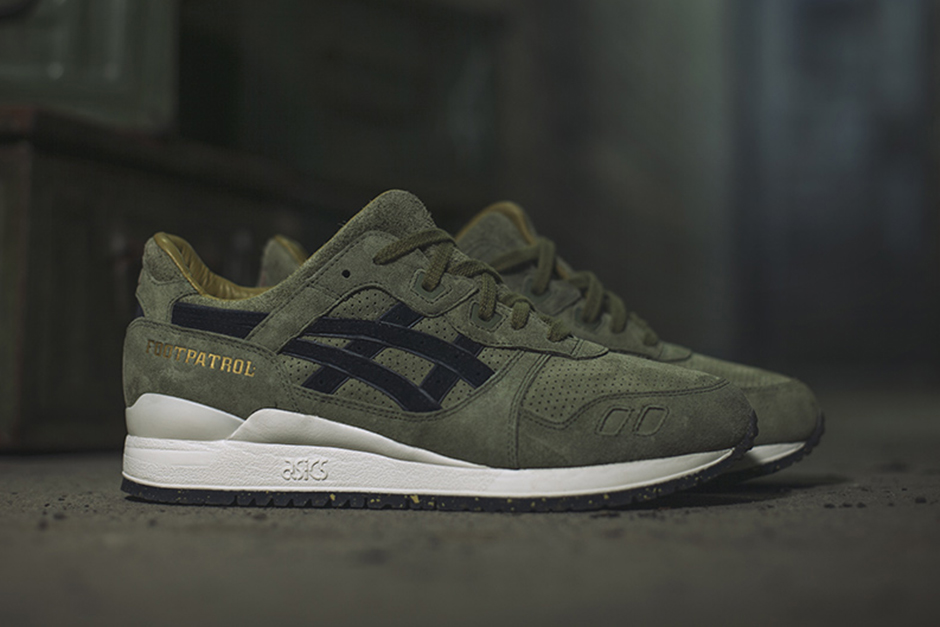 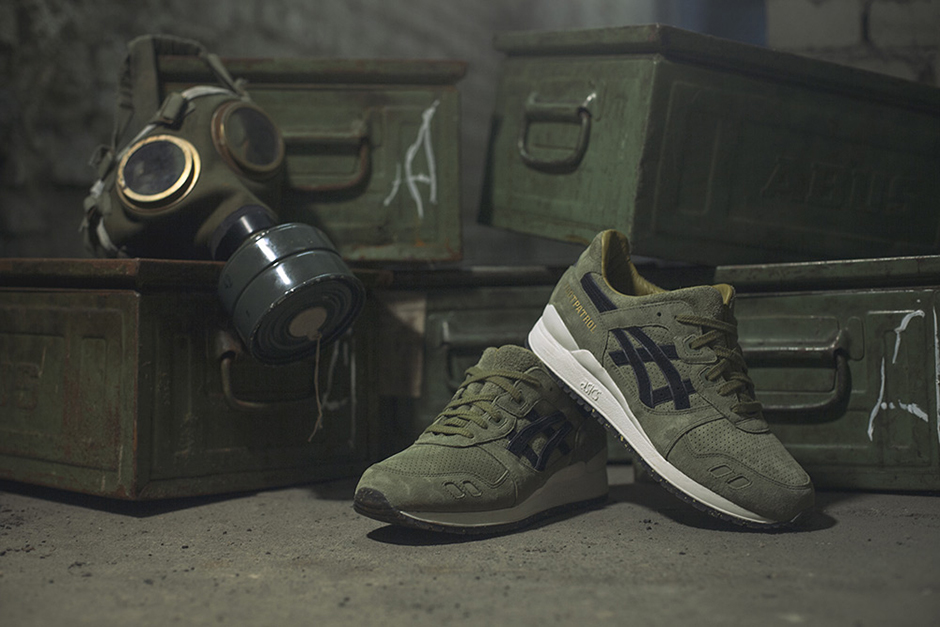 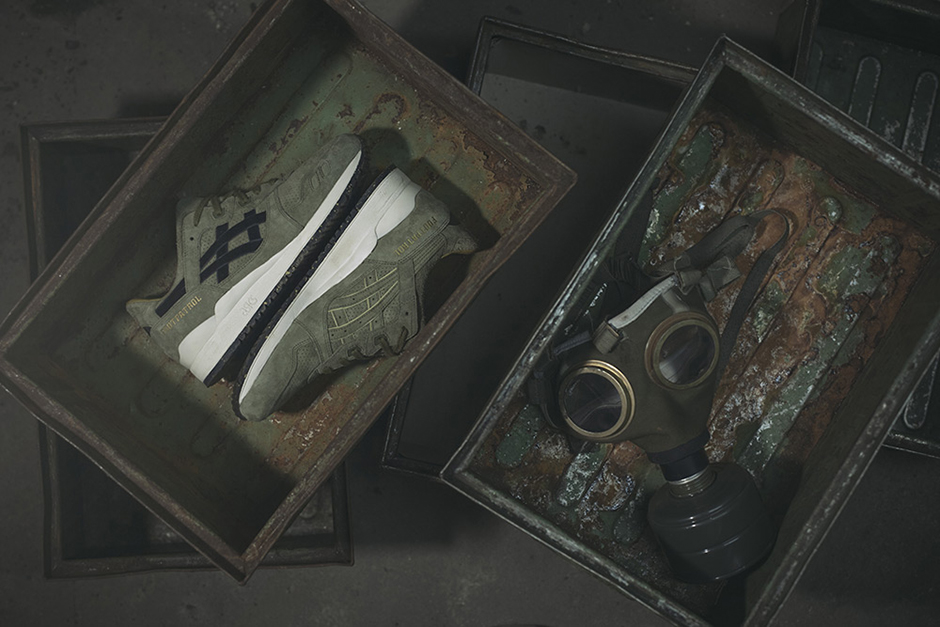 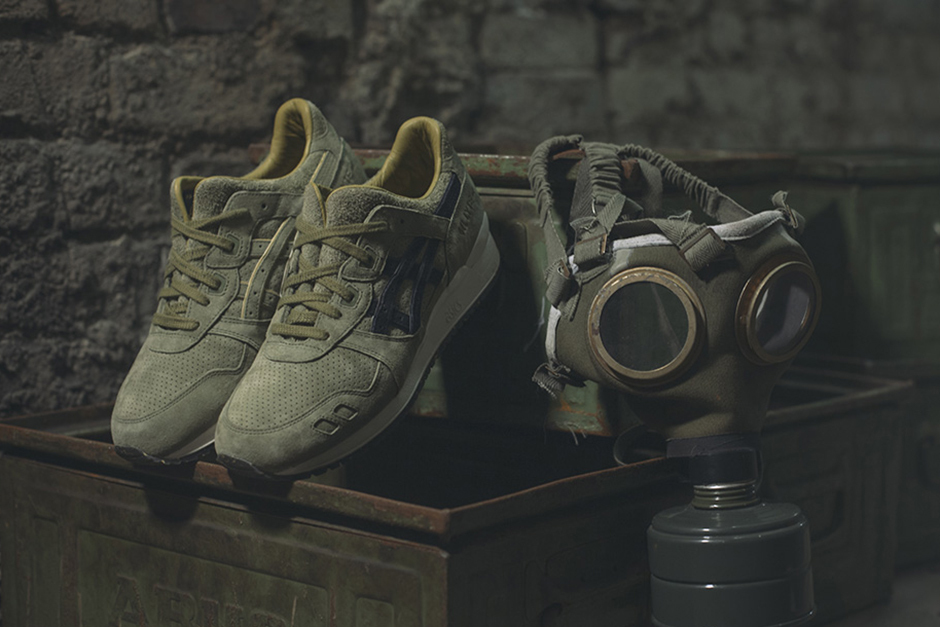 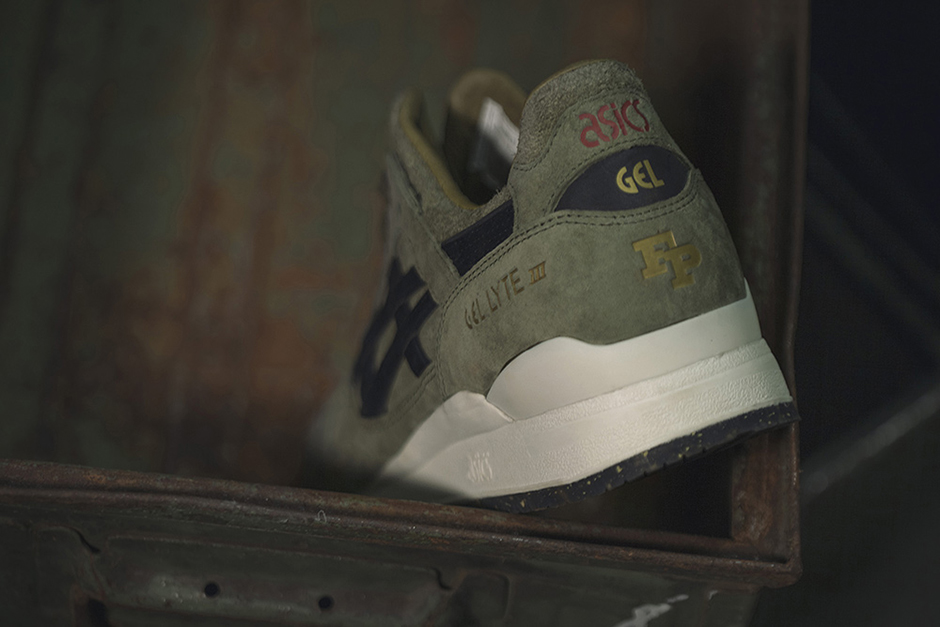 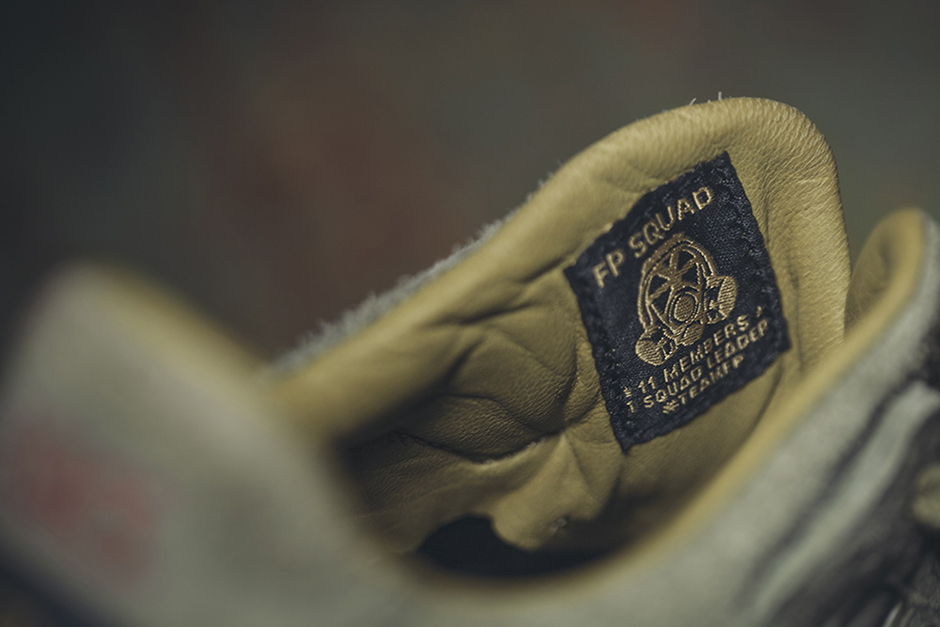 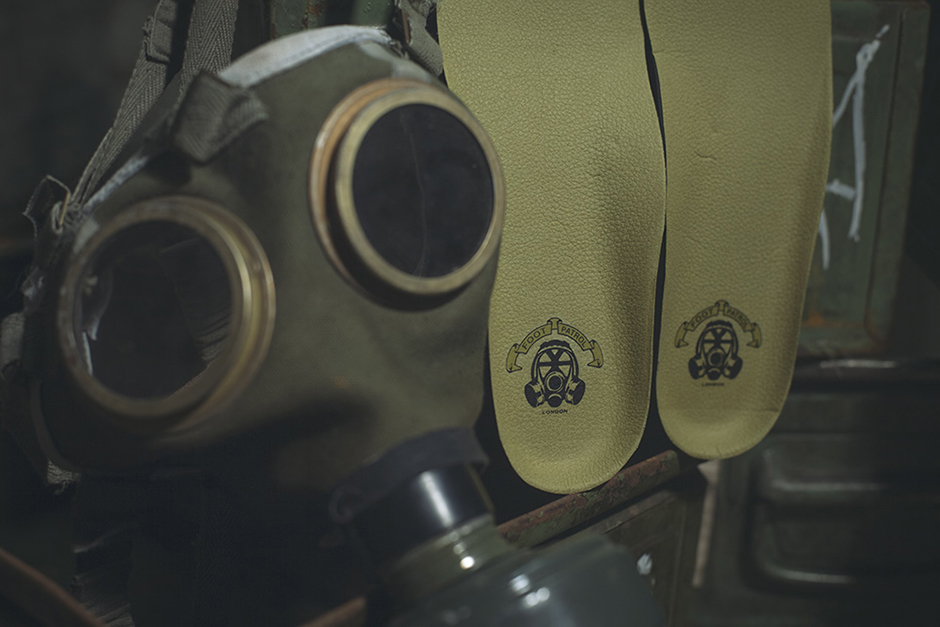 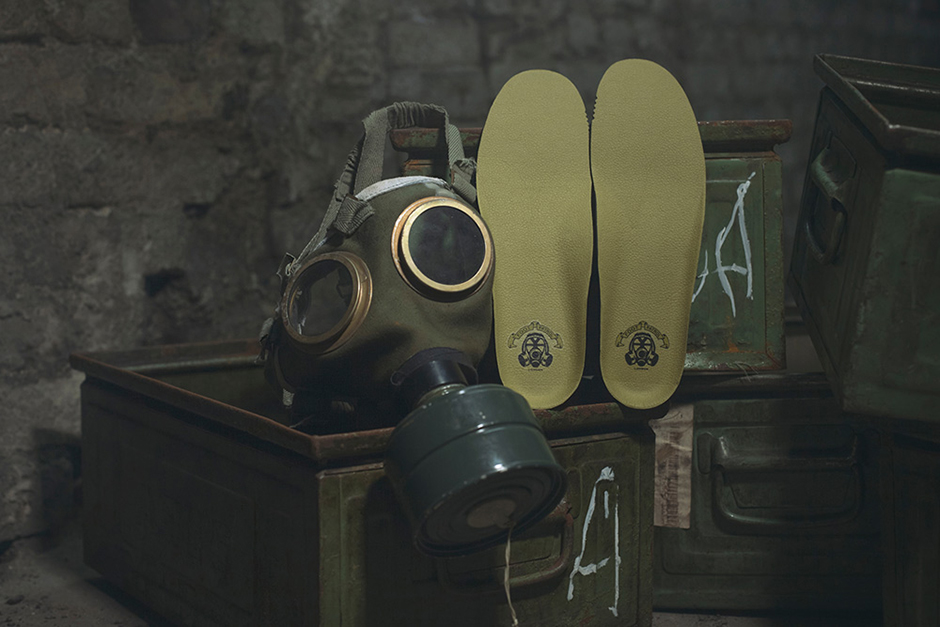