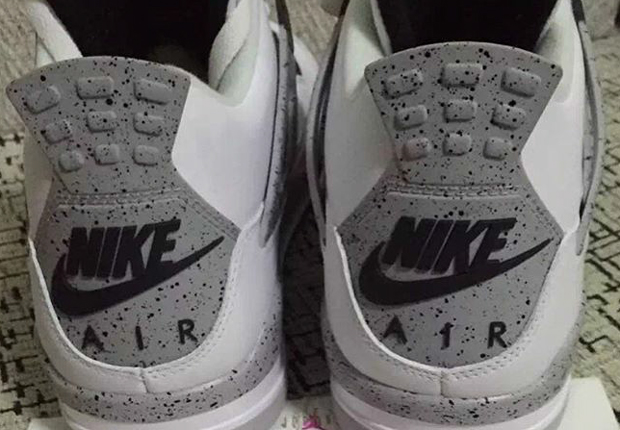 Nike Air branding is returning sooner than you think to Air Jordan retros. First there’s the imminent return of the Air Jordan 6 “Maroon” with that classic Swoosh stamp of approval coming in December followed by this Air Jordan 4 “White/Cement” for 2016. Rumored to be releasing in-mid February to coincide with the NBA’s All-Star Weekend festivities, The Air Jordan 4 gets remastered to get as close to the 1989 release as possible. Everything that made the classic release a must-have is back, from the cement speckling on the heel, midsole, and side panel wings to the Nike Air branding on the heel and outsole. There’s no telling if this will be a limited release next year due to the branded nature of the pair, but we’ll keep you updated as soon as more info comes to light. In the meantime, check out the first images of the 2016 retro below and let us know if you plan on grabbing a pair in the comments section.