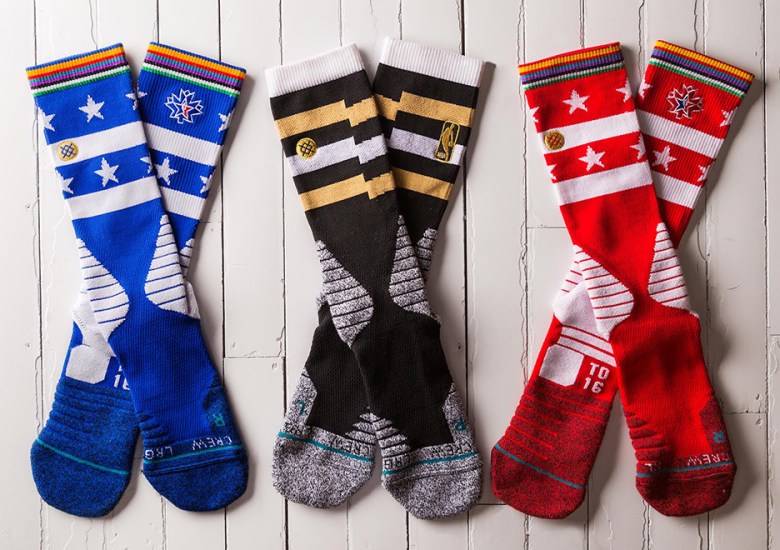 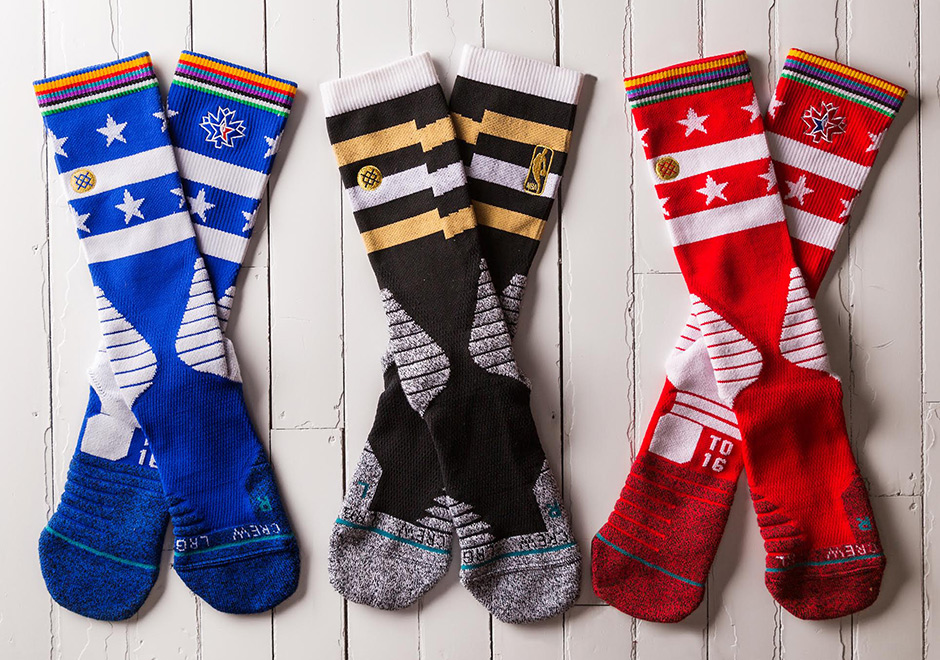 STANCE made major headlines when it was announced that the company would be the official sock outfitter for the NBA. Already a major upgrade from the plain white or black versions seen on-court, STANCE’s offerings provided team-based colorways that did a seamless job at introducing some new visuals to the hardwood while adding comfort benefits to players. Today, the brand officially unveiled its sock collection for the upcoming NBA All-Star Game, which is scheduled to tip-off on February 14th in Toronto; in addition to the classic East and West versions, a black/gold version will be worn by the first and second-year players for the annual BBVA Compass Rising Stars Challenge. Get a look at the newly unleashed sock collection below and cop one now at Stance for $28 a pair. 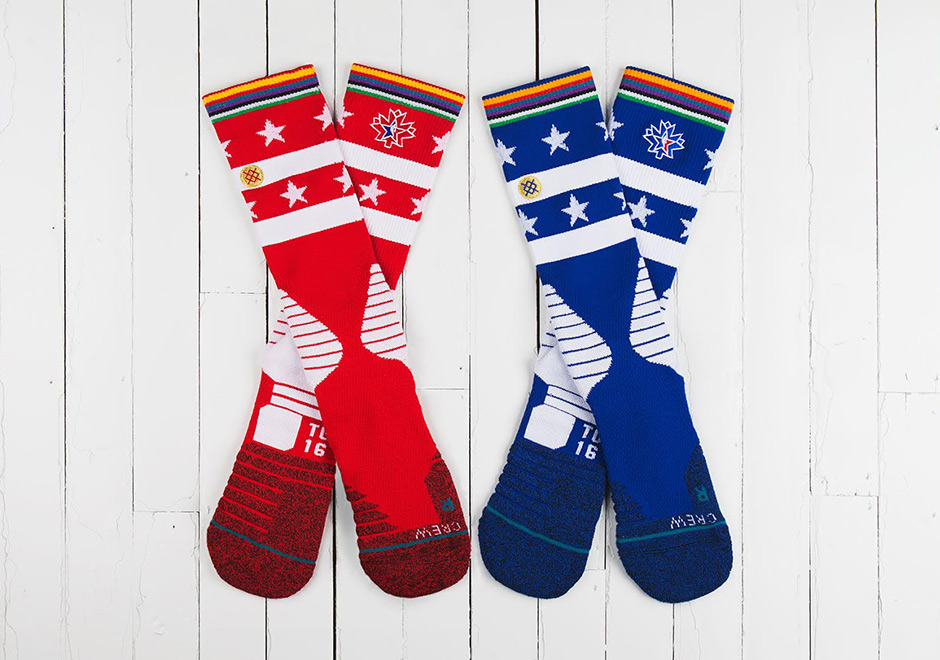 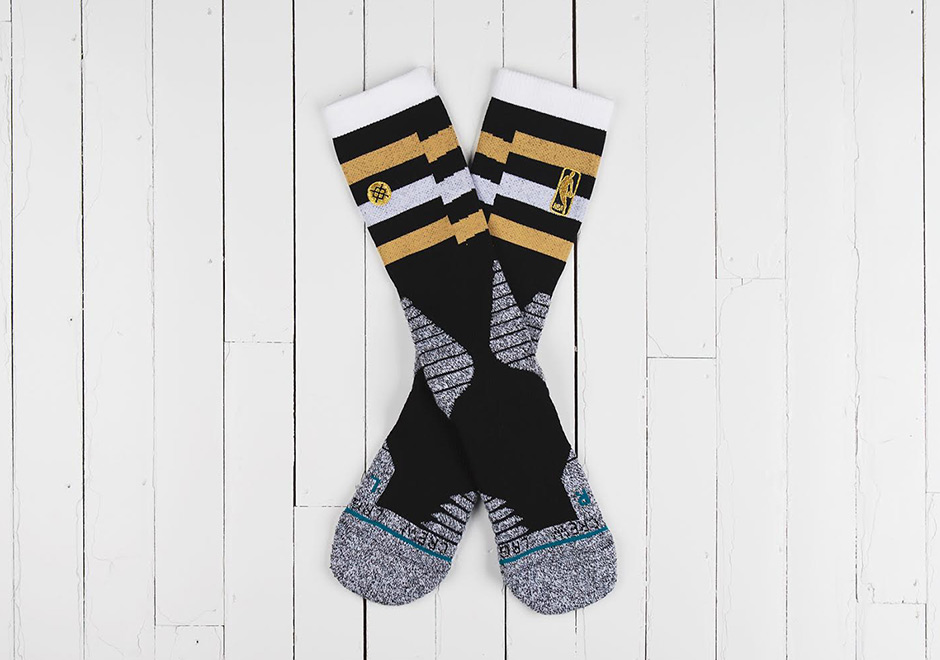