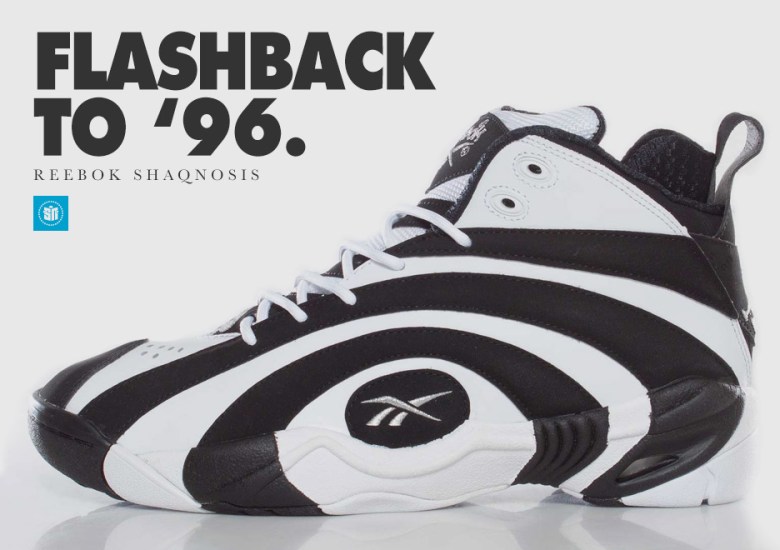 Flashback to ‘96: The Hypnotizing Reebok Shaqnosis 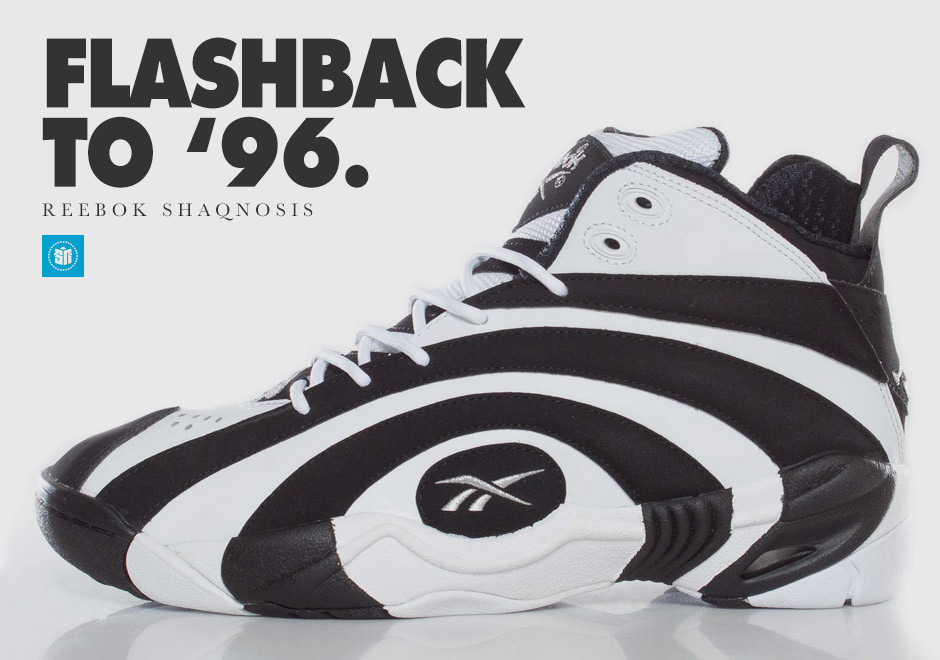 We continue our trip down memory lane to one of the biggest years for sneakers ever with another edition of Flashback to ‘96. So far we’ve gone on flashbacks to the Nike Zoom Turf and Air Max 96, and now we head over to where the bulk of the year’s most memorable sneakers hail from: the hardwood. The amazing basketball sneaker designs from 1996 that have gone down as all-time classics are numerous, and we’ll cover many of them eventually, but we begin with the most iconic signature sneaker for the NBA’s most larger-than-life player of the ’90s. Continue as we Flashback to ‘96 for a look at Shaquille O’Neal’s forever bold and hypnotizing Reebok Shaqnosis. 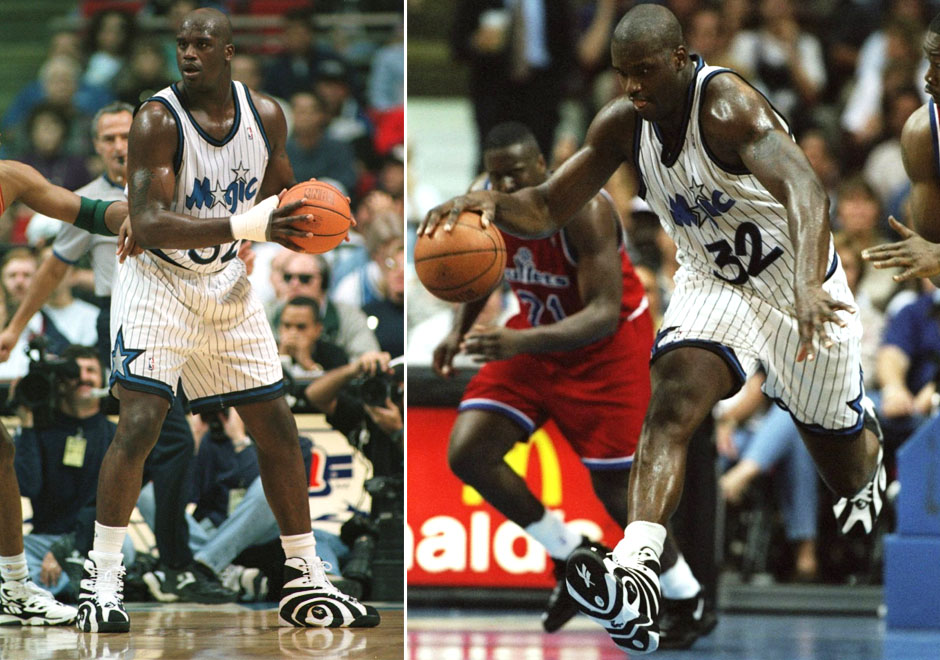 The Boldest Sneaker For the NBA’s Biggest Personality

A player with as monstrous a presence on and off the court as Shaq needed the boldest signature sneaker to match, right? He certainly got it with the Shaqnosis by Reebok, featuring a unique spiraling design in a high contrast black and white colorway—which, by the way, is the only colorway of the shoe originally released. Other sneakers like the Reebok Kamikaze II, Nike Air Up, and Converse Voltage came close to its boldness, but just like Shaq’s opponents on court, none could quite match up. The Shaqnosis actually debuted at retail in late 1995, but was worn by Shaq throughout 1996 all the way to the Eastern Conference Finals when the Orlando Magic were defeated by Michael Jordan and the 72-10 Chicago Bulls. 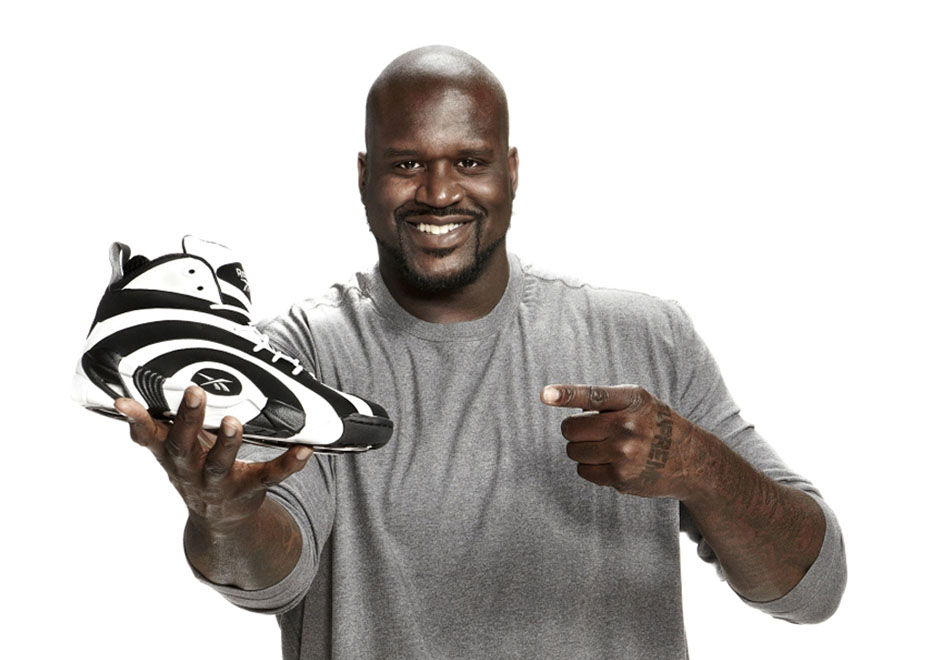 O’Neal’s Reebok line contained some heavy hitters like the Shaq Attaq and Shaq Attaq IV, but the Shaqnosis has gone down as his most remembered and beloved shoe by far. The bold design would prove to be unforgettable throughout the years for Shaq fans and sneaker collectors alike, and became one of the most requested retro models from any brand’s back catalog until it finally returned in 2013. Shaq was on-board with Reebok Classic for its return, which ensured the younger generation would still associate the Shaqnosis with Shaq Diesel, Superman, Shaq-Fu, or whatever else you want to call him. 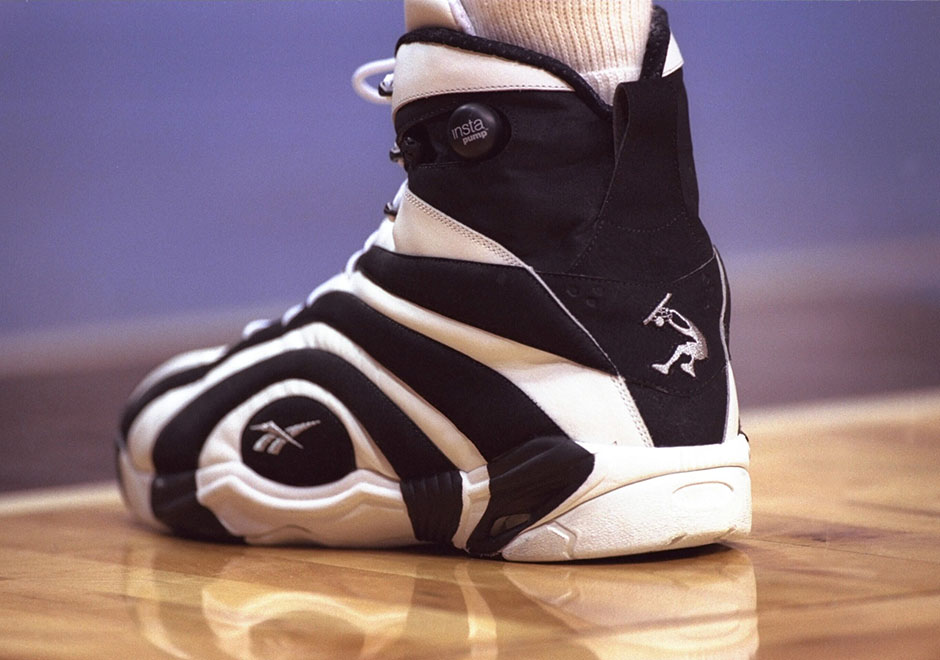 If you’ve ever got good look at the Shaqnosis that Shaq wore on court back in 1996, you’ve probably noticed a couple of differences from the retail version. Built to offer more support for Shaq’s giant frame, Reebok made him a special PE construction with a higher collar that also included an Instapump chamber wrapping the ankle for a custom fit. 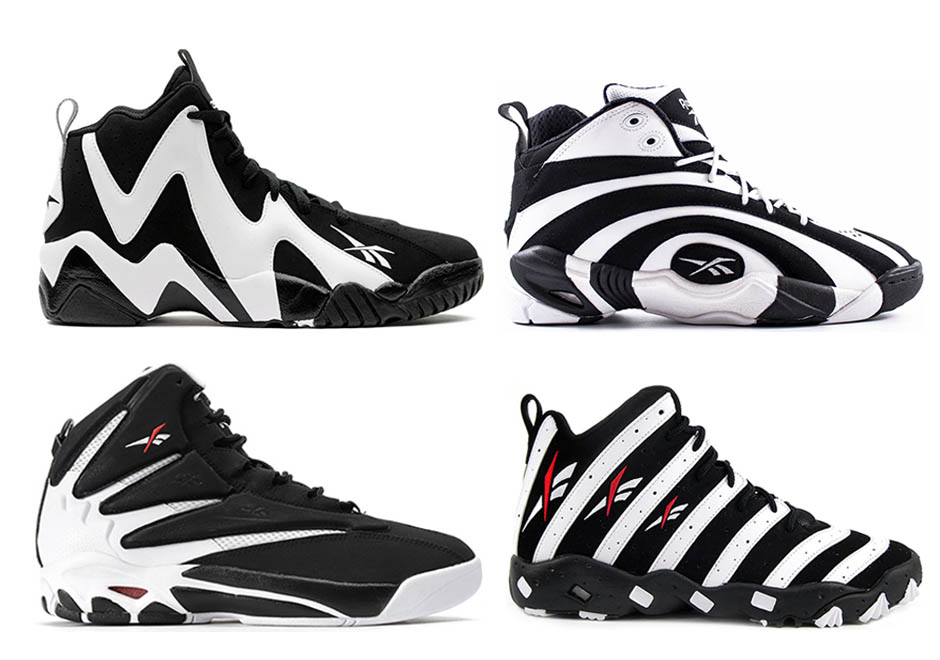 Member of the Mobius Collection

The Shaqnosis was part of Reebok’s “Mobius” collection, a series of aggressively-designed models with bold shapes and usually in high-contrast black and white colorways. The Shaqnosis and Kamikaze II were the two most popular Mobius models, while other designs included the Blast, Glenn Robinson’s Rail, and Frank Thomas’ Big Hurt trainer. Twenty years later, the Mobius family is still one of Reebok’s most memorable and celebrated collections of footwear ever. 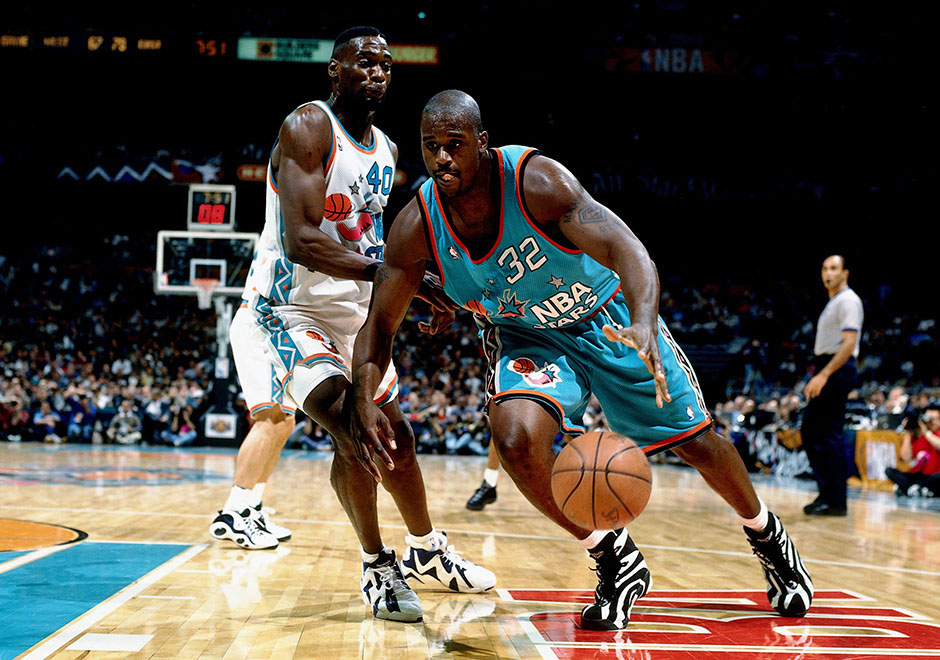 The 1996 NBA All-Star Game is generally accepted as one of the greatest collections of basketball shoes ever on a pro basketball court, and the Shaqnosis was right there as one of the brightest and boldest sneaker stars of the weekend. The shoe was immortalized in the game when Shaq threw down perhaps the most vicious dunk ever in an all-star game, his monster slam on David Robinson.

Watch the original commercial for the Shaqnosis from 1996, featuring Shaq talking about his quest for a championship and a somewhat controversial jab at teammate Penny Hardaway’s Lil’ Penny character. 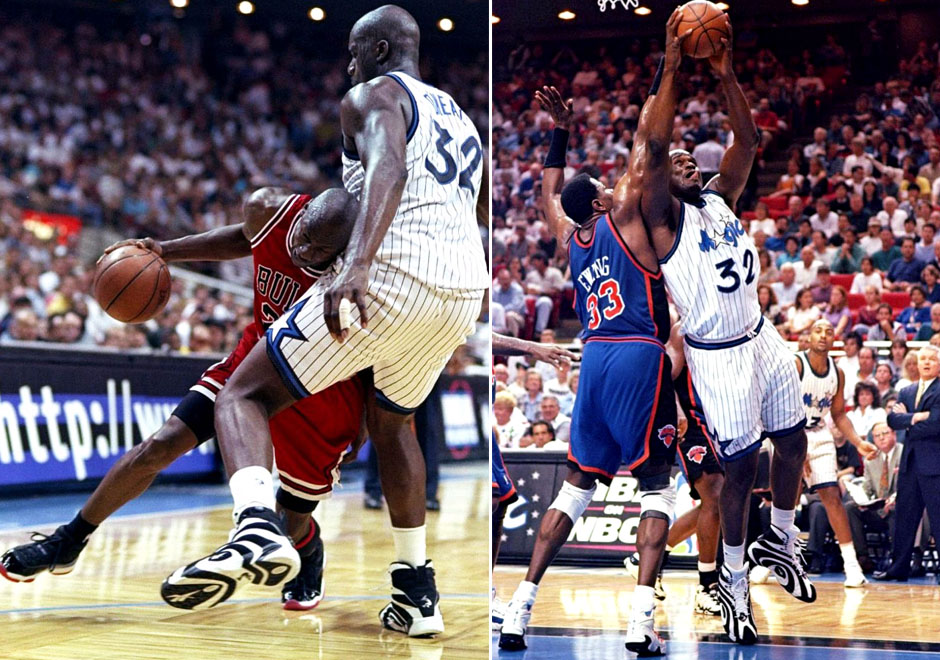 We’ll conclude this edition of Flashback to ’96 with a few more shots of Shaq wearing the Shaqnosis, the most mesmerizing sneaker ever. 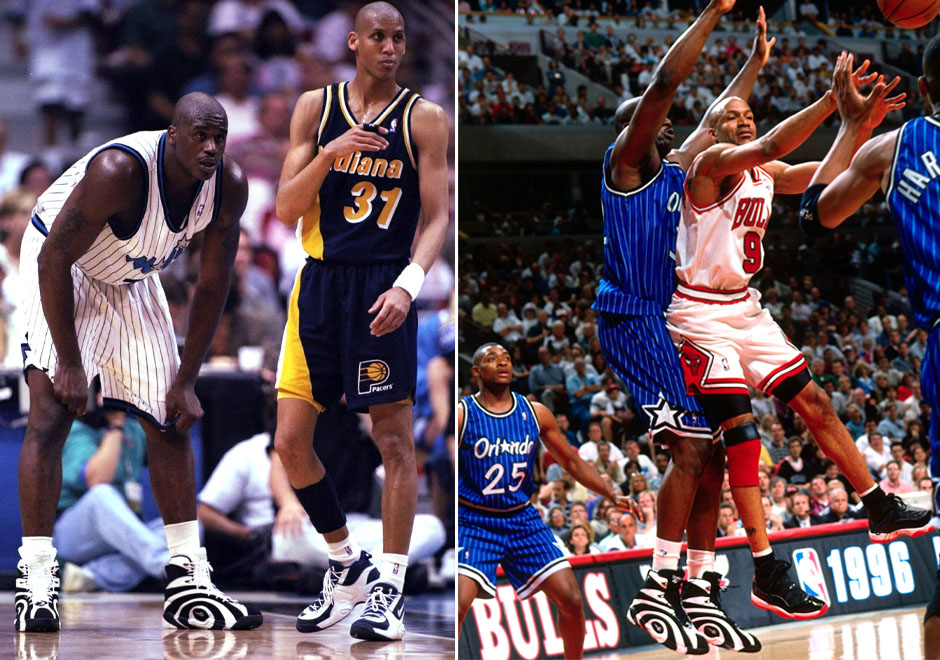 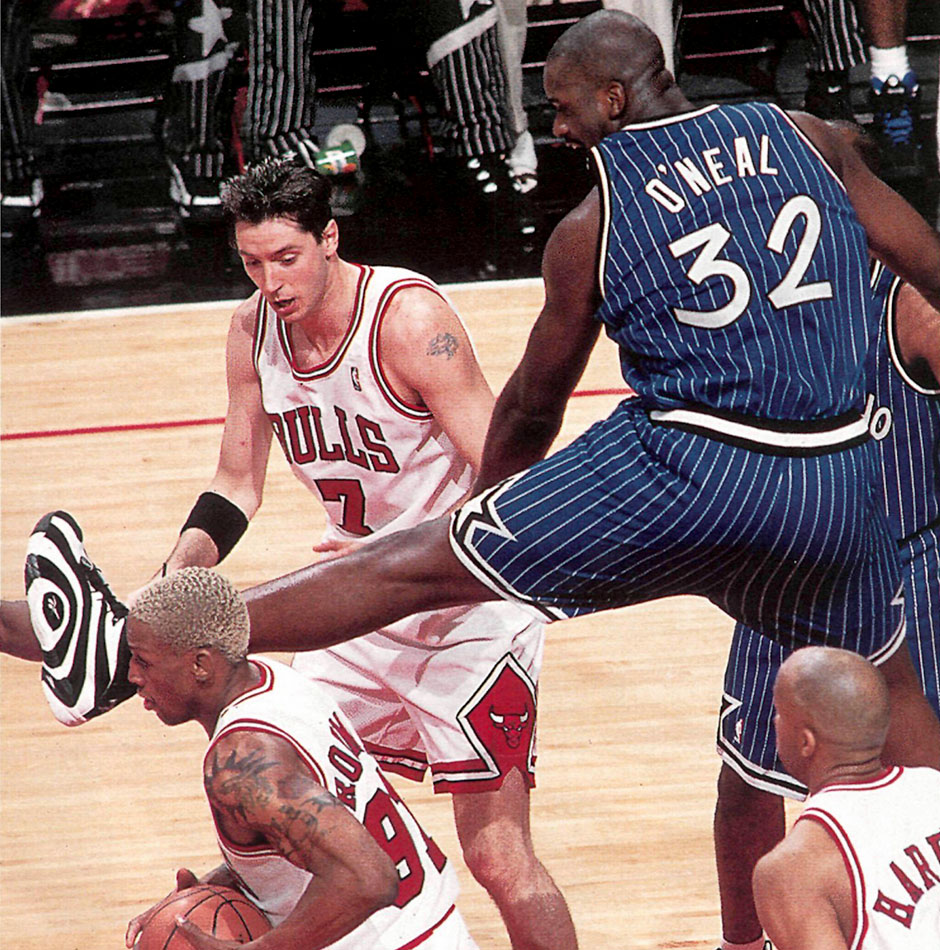 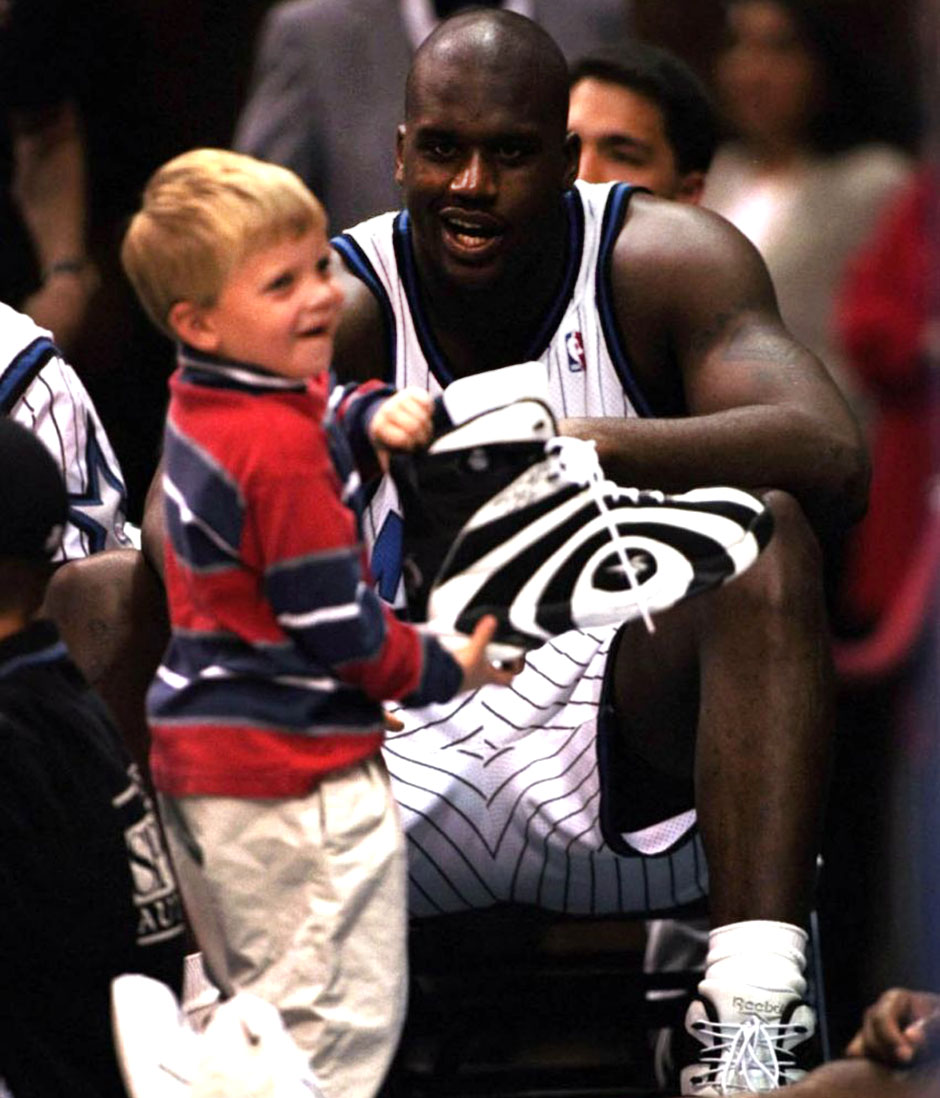 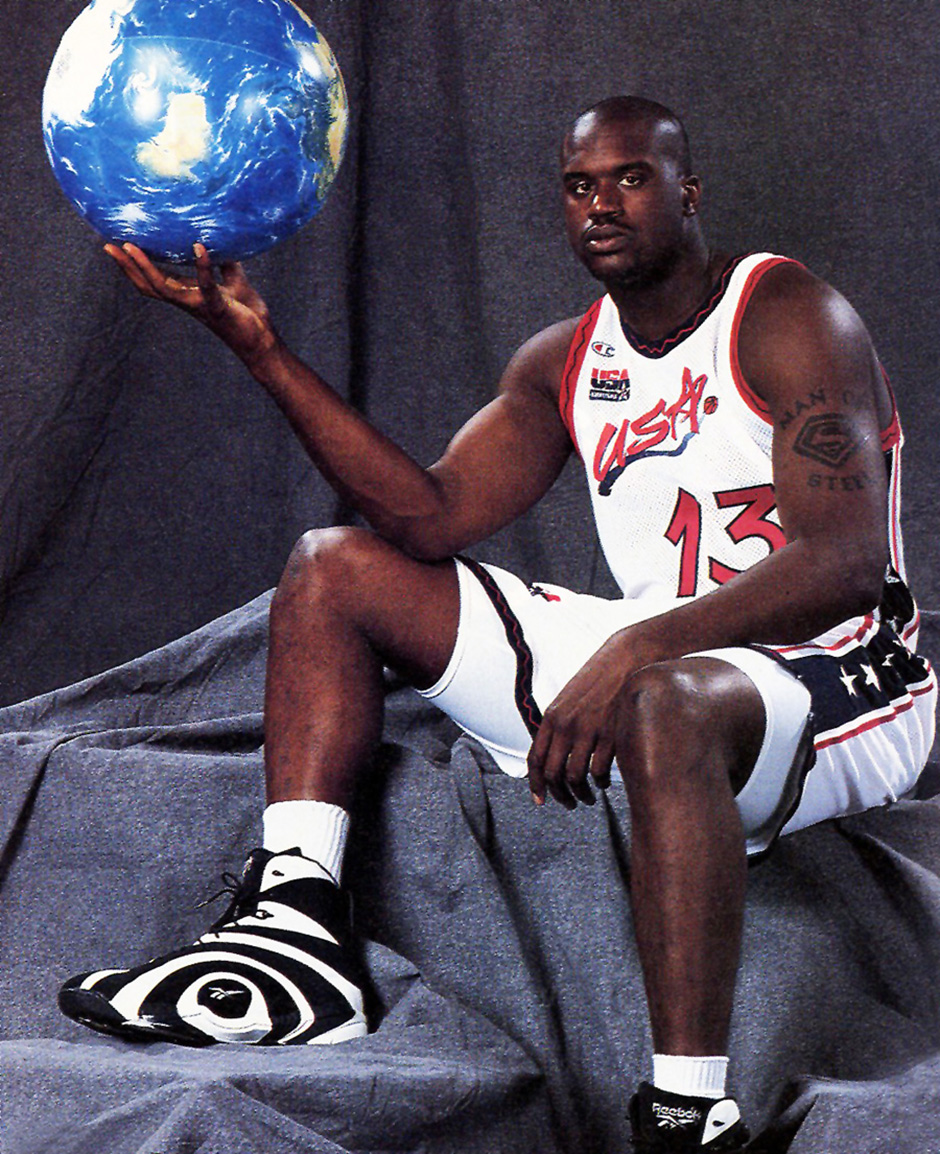