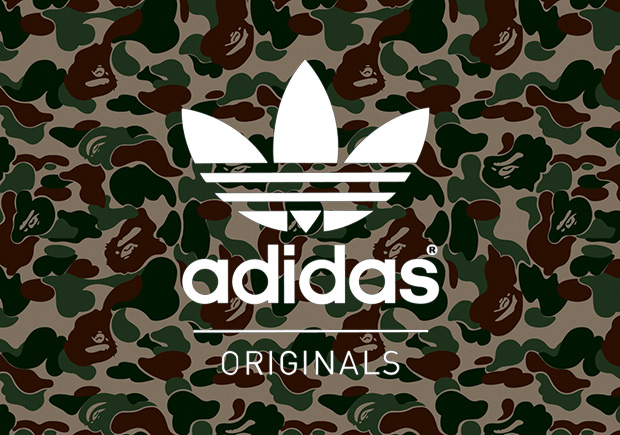 As if the adidas NMD wasn’t hard enough to get your hands on in the first place, the upcoming BAPE x adidas NMD collaboration is sure to be one of the most sought after drops of the year. Now we’re getting word that the upcoming collab pairing a streetwear icon with one of the most relevant adidas lifestyle models is coming to retailers in the near future.

According to Heisenberg Heat, the pair will cost $150 USD, which suggests there is no Primeknit. The upper utilizes the legendary BAPE camouflage print in a traditional brown, tan, and green while the full-length Boost midsole retains the clean white to match the three stripe branding. It appears that adidas Originals opted to ditch the PK construction for a more accurate depiction of the ape-headed camo throughout while the heel counter is hit with a casual tan hue. A black camouflage pair is also rumored to release in the near future. What do you think of the look? Stay tuned for release info.