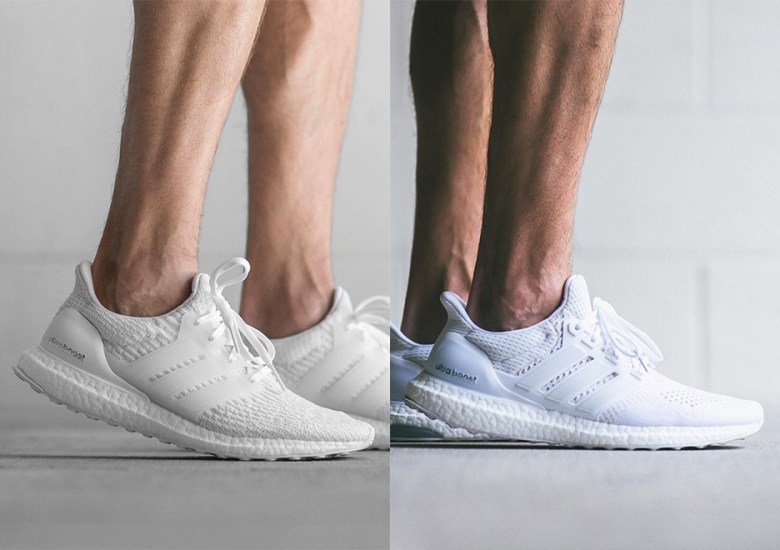 The Man Behind The Iconic “Triple White” adidas Ultra Boost Photo Shows Off The Upcoming 3.0 Model

The adidas Ultra Boost 3.0 model is set for a release during the Spring/Summer 2017 season, and who better to give it a triumphant flexed-out on-foot preview than Derek Curry, the man who made the Ultra Boost a viral hit before Kanye ever did? The Sneaker Politics general put these on the sneaker blog and streetwear radar long before ‘Ye did, and today Derek’s giving us the triple-threat humble-brag of the next Ultra Boost model that is sure to be a massive hit.

What makes the Ultra Boost 3.0 distinct from the first two installments is the new Primeknit construction on the upper and a stylish opaque “cage” that should stop sneaker customizers and their X-ACTO knives in their tracks. Derek hints at a release in early 2017, so stay tuned for more updates on this new model and preview four confirmed colorways here.