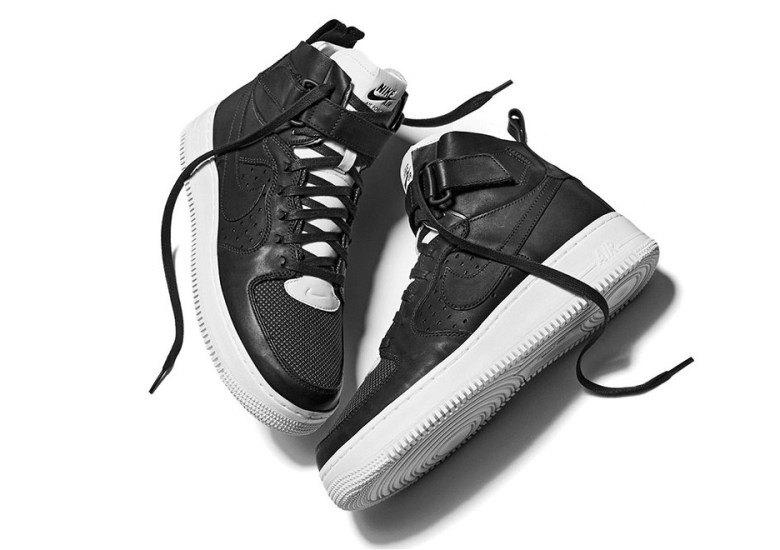 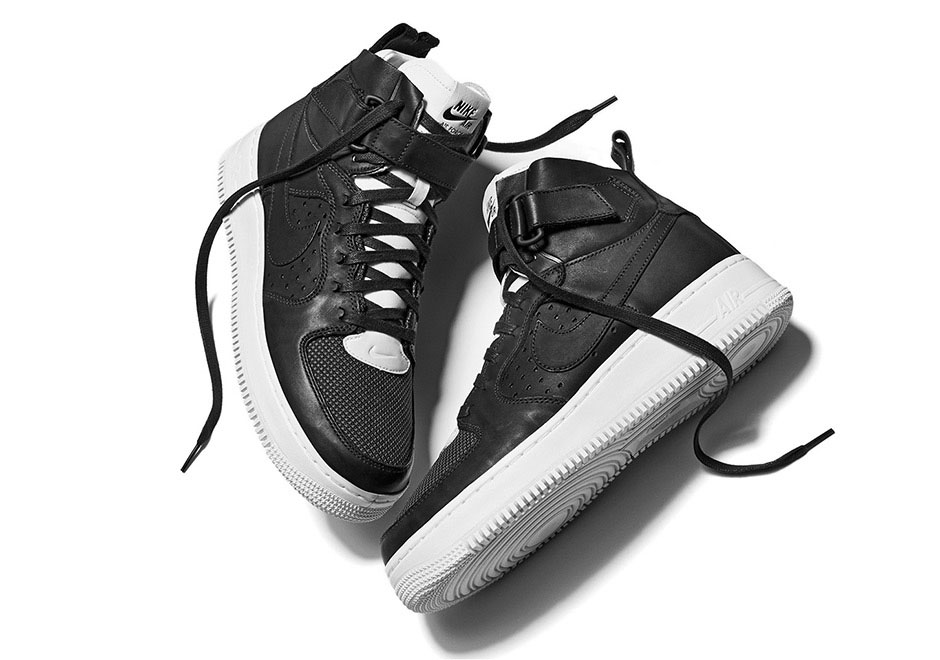 Update: A previous draft of this post claimed that this was a collaboration between Rochambeau and NikeLab, but i turns out that Nike instead enlisted the fashion imprint to help unveil the model at a recent runway show. The photos pictured here are general NikeLab Air Force 1 High Tech Craft colorways.

Nike is going all out for NYFW, as they’ve enlisted a who’s who of top designers to reinvent Bruce Kilgore’s iconic basketball silhouette and forever lifestyle staple, the Air Force 1. From VLONE to ACRONYM and back again, today we get a look at yet another luxurious takeover in the form of the Nike Air Force 1 High Tech Craft, recently unveiled during Rochambeau’s recent runway show.

The New York City menswear label is the first to introduce the new Nike Air Force 1 tooling, as the NikeLab helmed creation was first revealed during their recent runway show. Known officially as the NikeLab AF1 Tech Craft CMFT, the focus here is on the premium materials, as a smooth leather comes in Black for men’s sizes and a simple off-white Sail shade for women’s. Two different Jacquard-like woven toolings appear on the respective toeboxes, as a herringbone aesthetic adorns the white women’s option and a bolstered Kevlar-esque woven material hits the men’s. The ankle straps are noticeably thinner too, while new ventilated perforations land on the side panels. A deconstructed ankle collar hides a more supportive inner-bootie.

Do note that this isn’t a collaboration between Rochambeau, but rather an official unveiling with the help of the respected New York City fashion imprint. Both Nike Air Force 1 High Tech Craft pairs are slated to release as soon as February 16th at select retailers. Check out more detailed shots below and head over to our always updated Release Dates page for more. 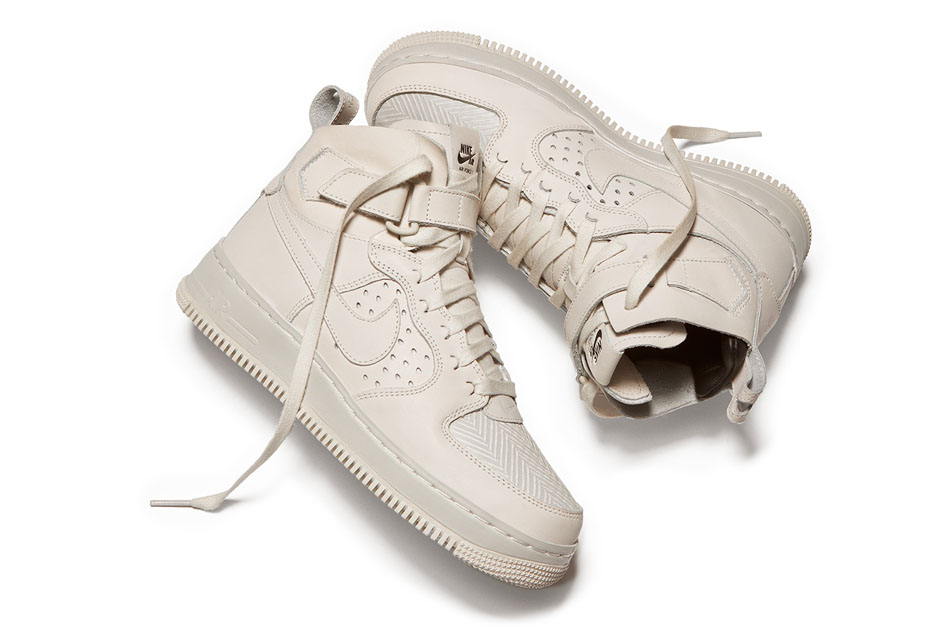 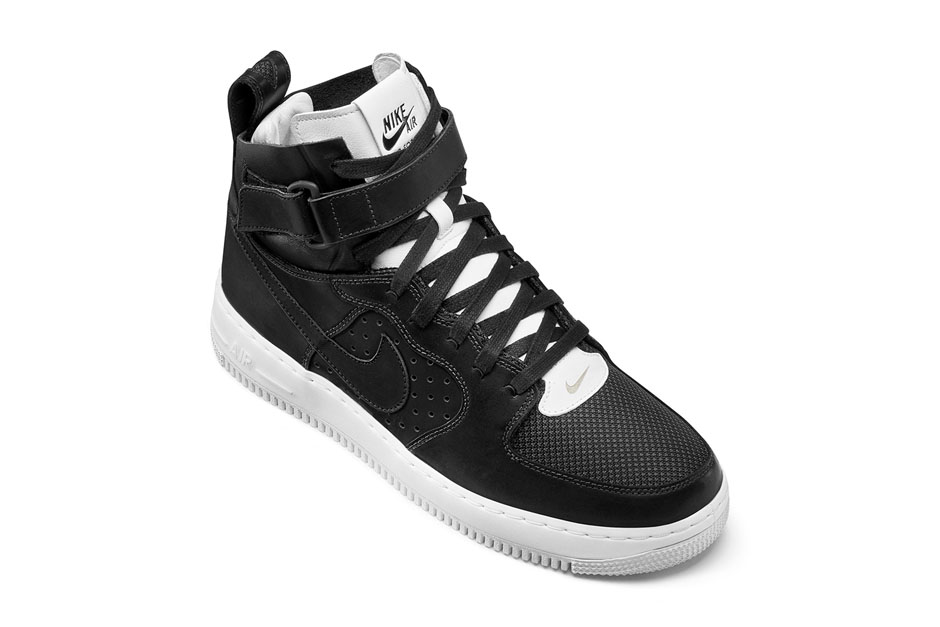 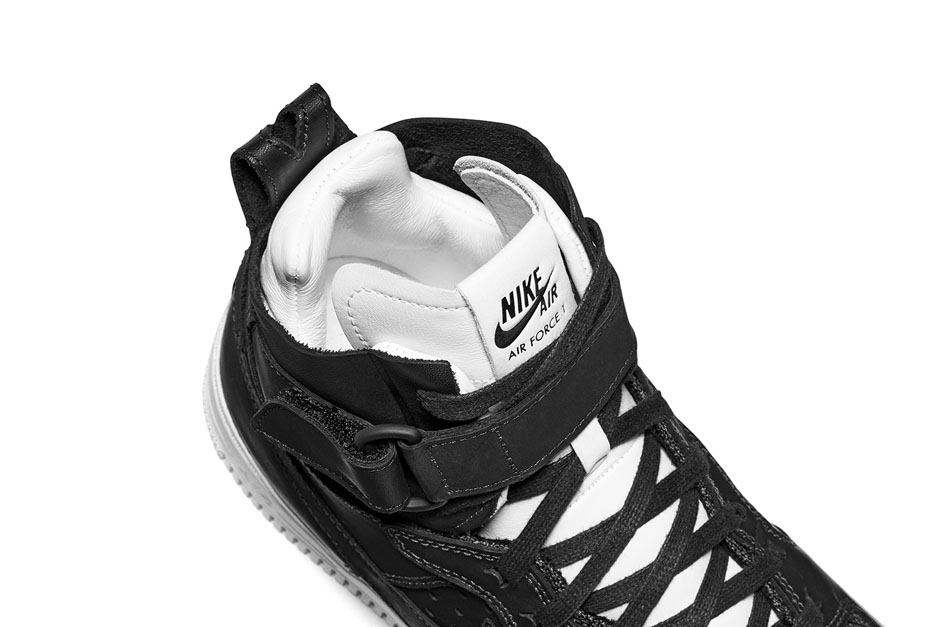 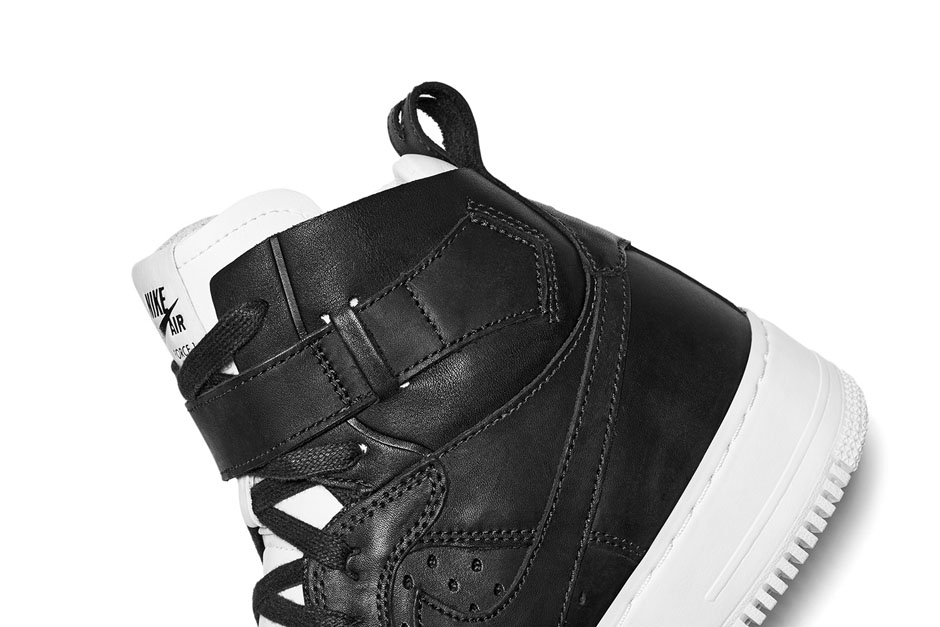 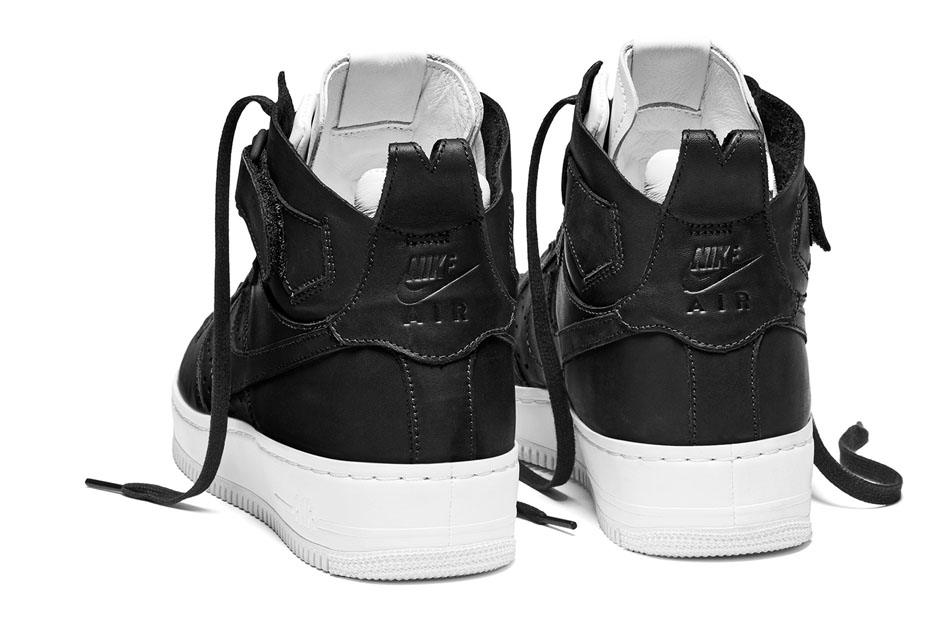 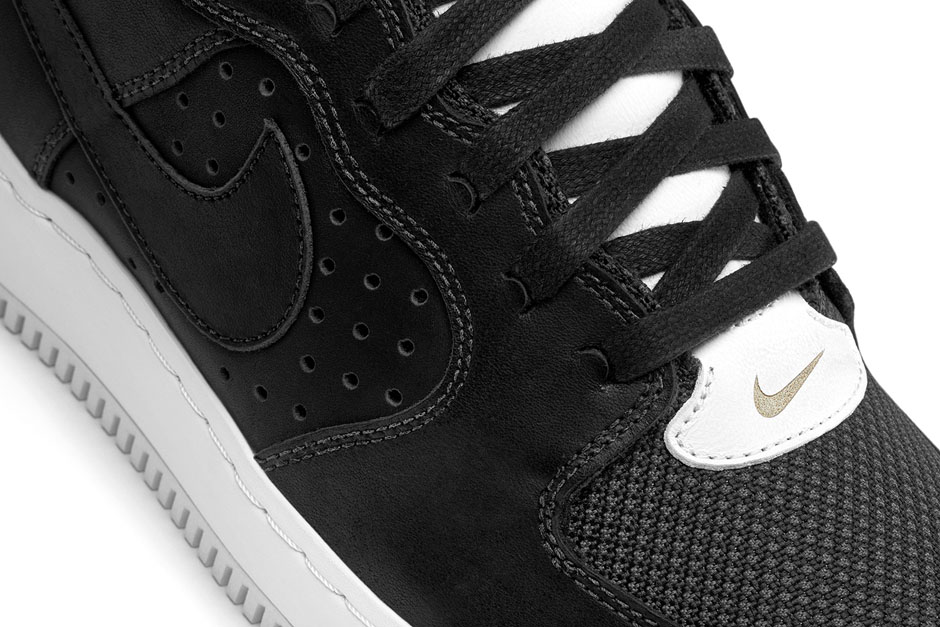 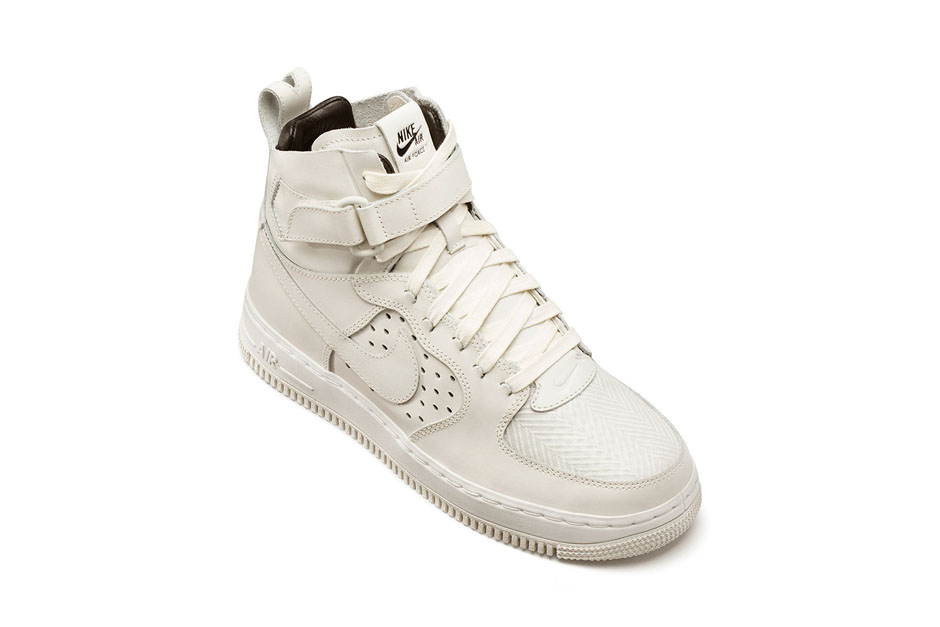 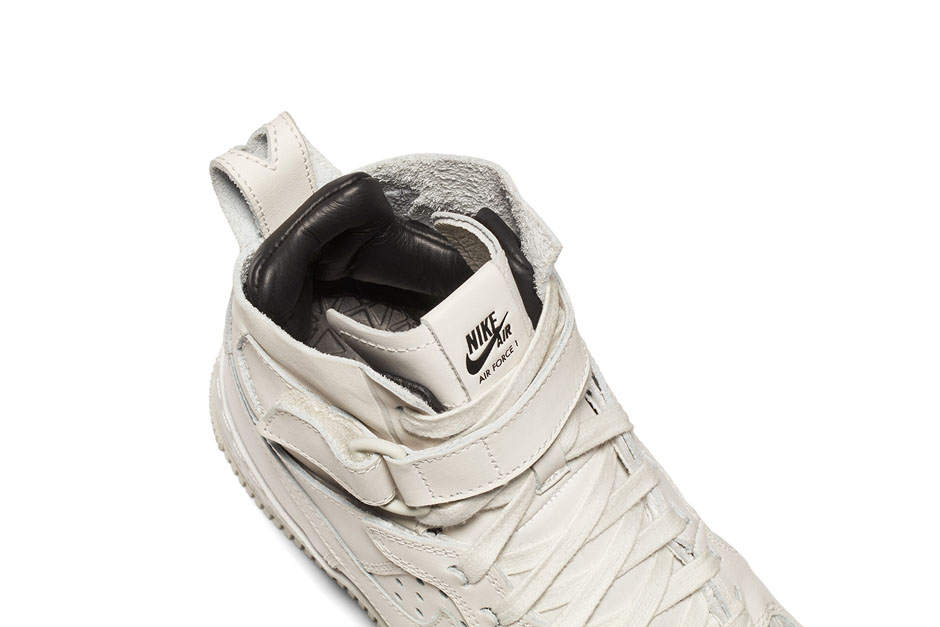 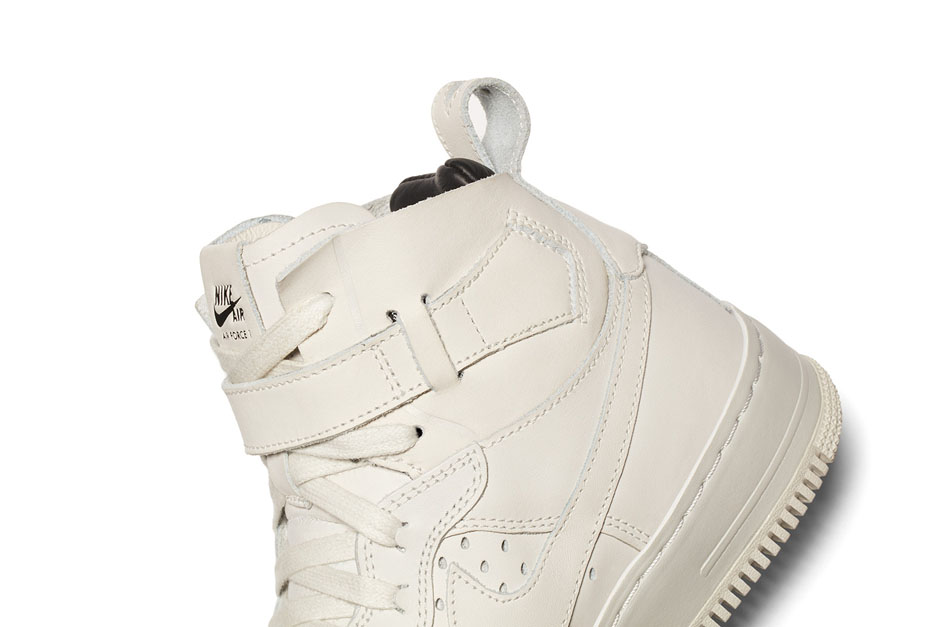 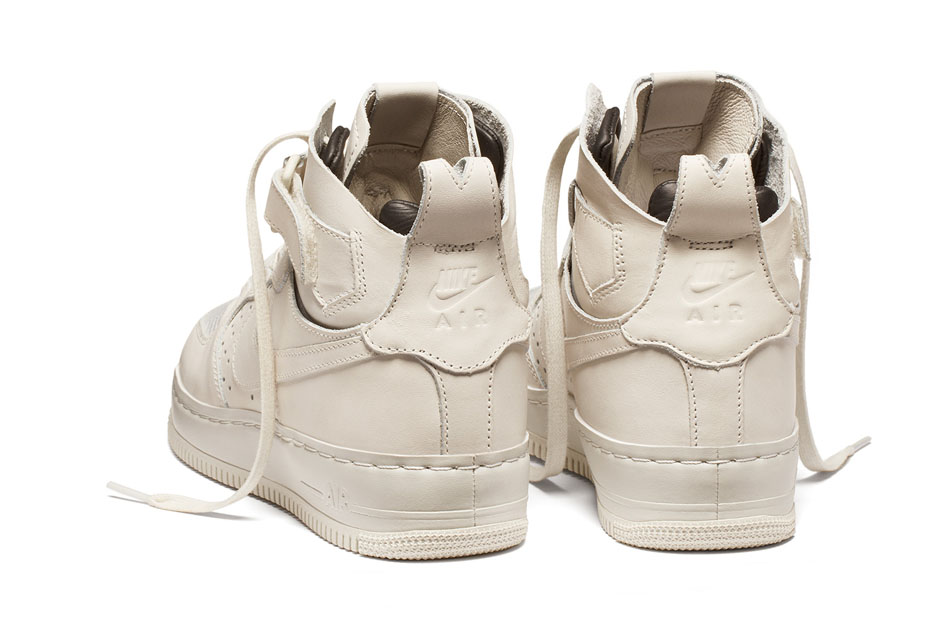 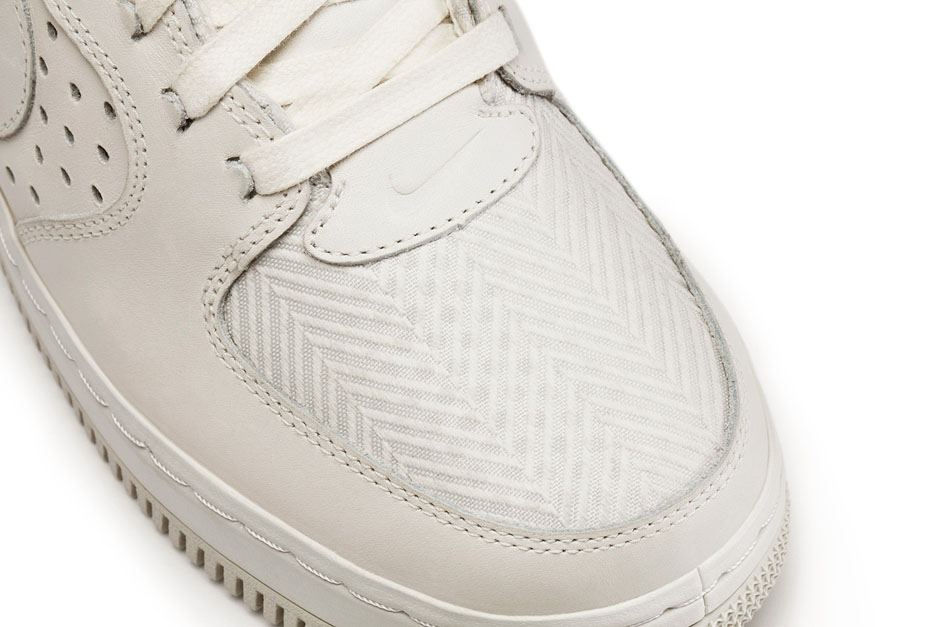