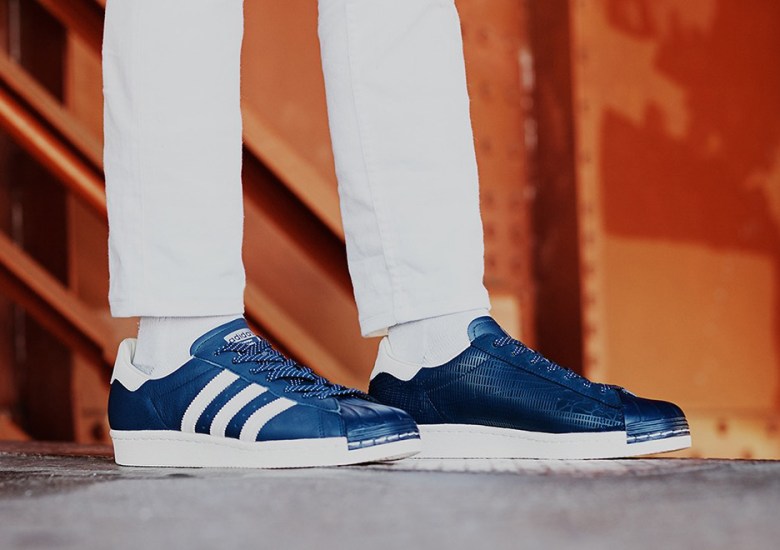 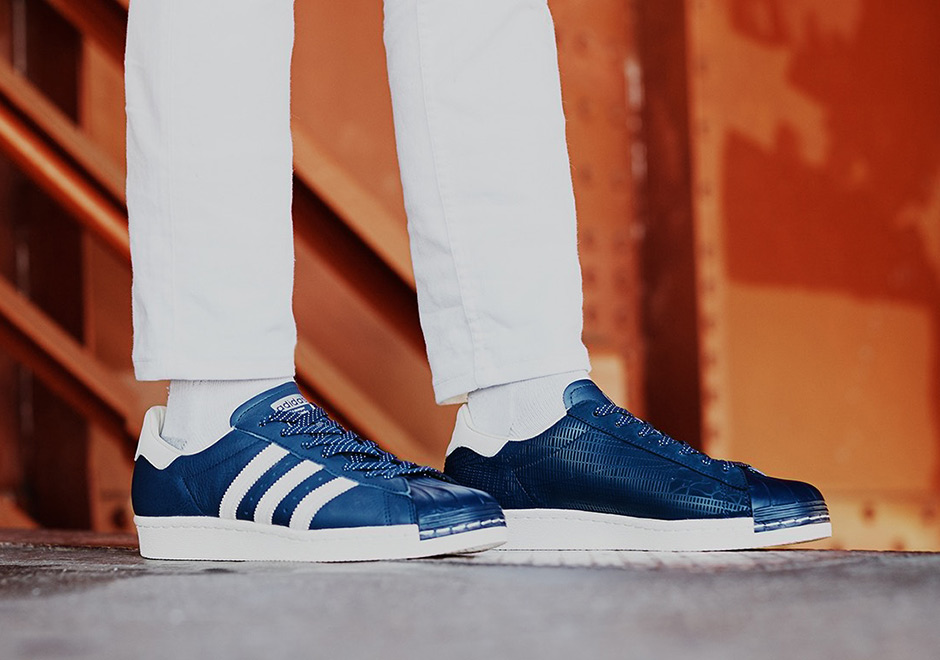 Brands are always drawing inspiration from the greatest artworks of all: cities. Maps of your favorite destinations showcase the ever-changing city grid and different eras of architecture, and the never-ending streets and public parks are the perfect way to embed yourself in the certain culture of a given metropolis. adidas Originals is paying tribute to New York City with their latest premium take on the iconic adidas Superstar model. Rarely do we see a sneaker where the most interesting aspect comes on the hidden medial side, but that’s the case with this NYC-inspired Superstar as a map of the city’s 5 boroughs is illustrated in detail. The leather and suede navy upper is a little too on-the-nose given the Yankees signature colors, but adidas also adds other mindful touches like laces speckled with 3M reflective detailing. The adidas Superstar New York City Flagship is available right now exclusively at adidas Originals flagship locations in New York, Berlin, London, Milan, Seoul, Mexico, Paris, Moscow, and Tokyo. 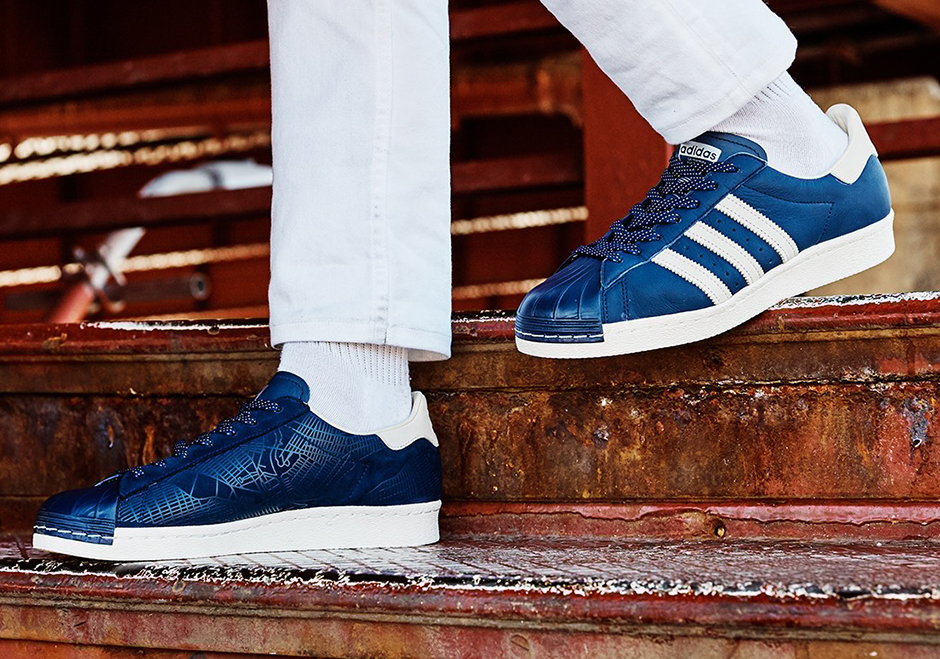 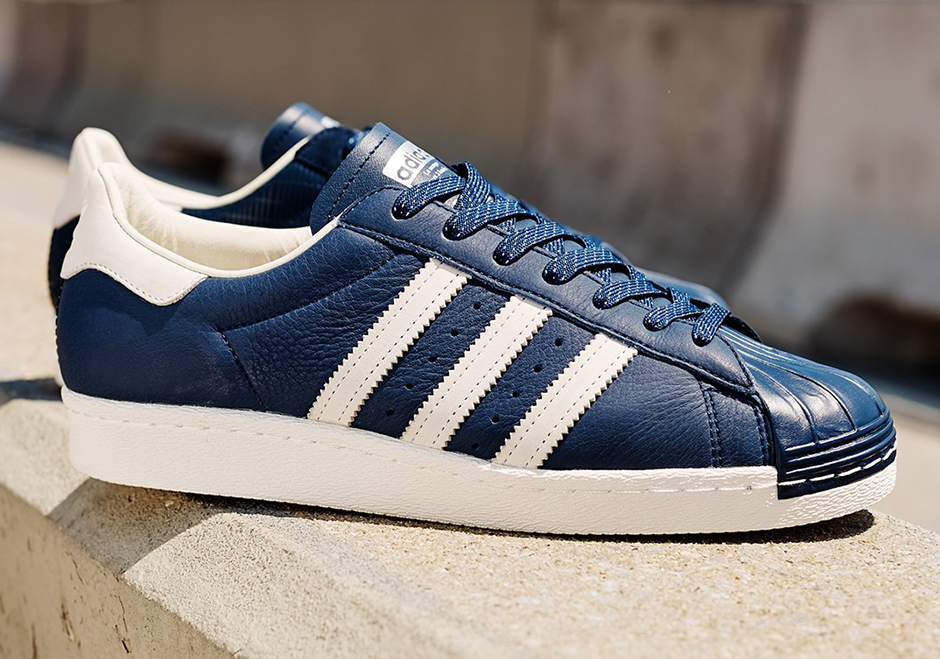 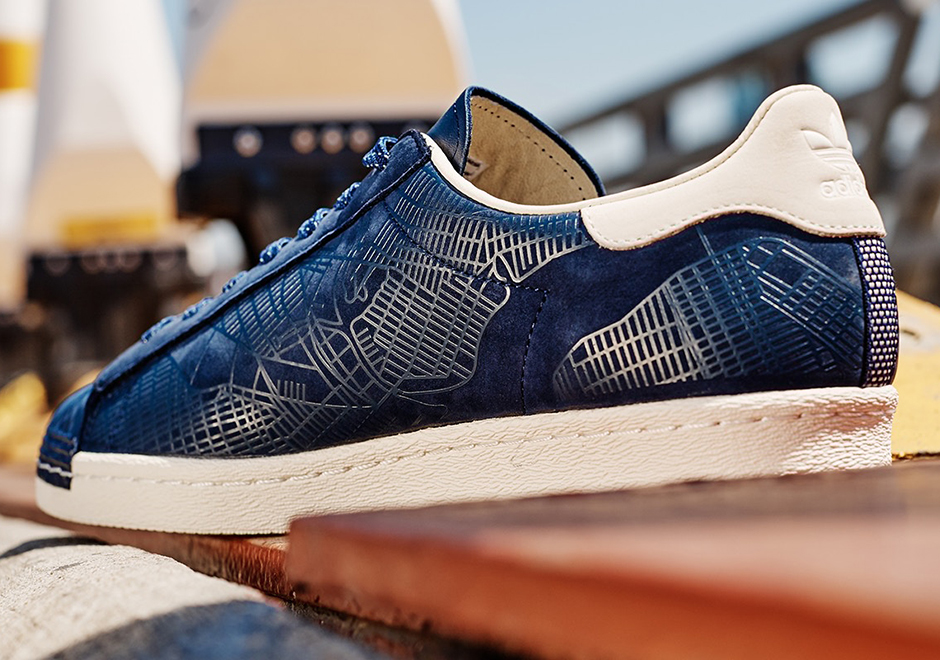 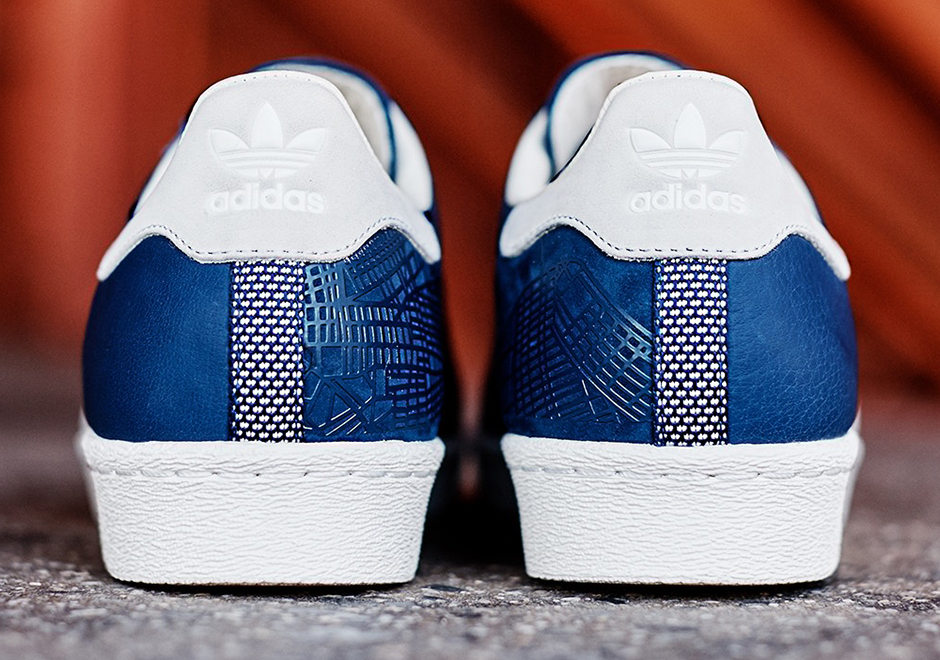