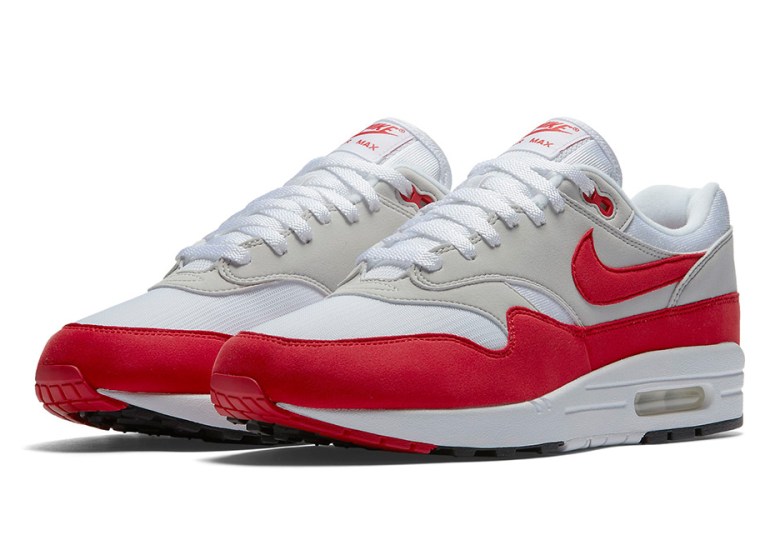 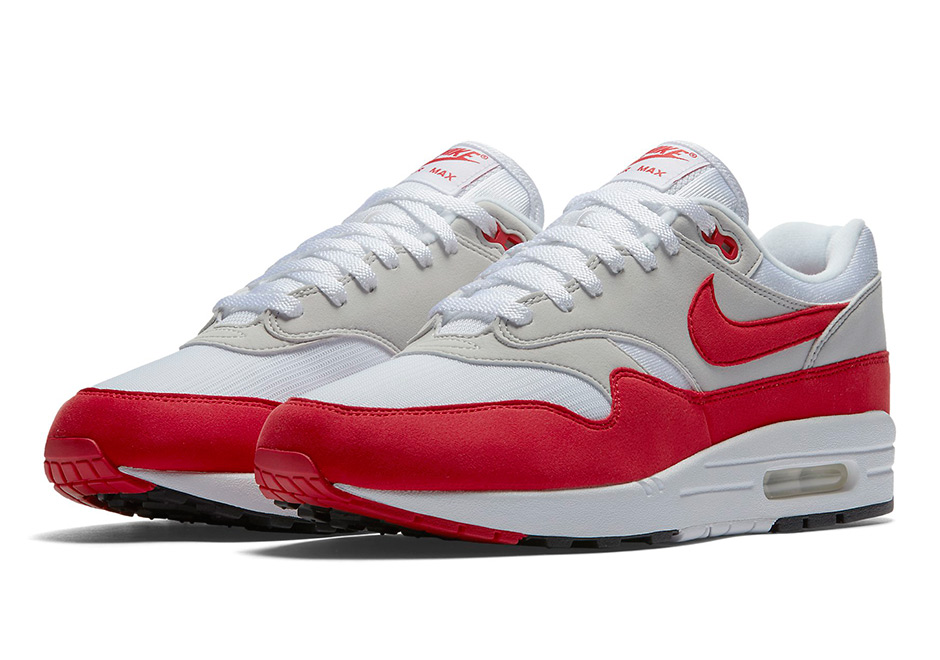 Nike celebrated the 30th Anniversary of the Air Max 1 by re-releasing the iconic shoe in its original form. For a shoe that has re-released several times, it still garners the excitement of a brand new banger, and Nike may just revisit that on September 21st. While Nike hasn’t disclosed any information, European retailer The Good Will Out has an Air Max 1 “Anniversary” in white, grey, and red releasing on the third Thursday of the month. It should be noted that the product code information doesn’t line up with the version that dropped back on Air Max Day, so this could be an entirely different (yet strikingly similar) shoe. Meanwhile, Nike has been emphatic with its marketing efforts for another Anniversary shoe – the Air Max 97.