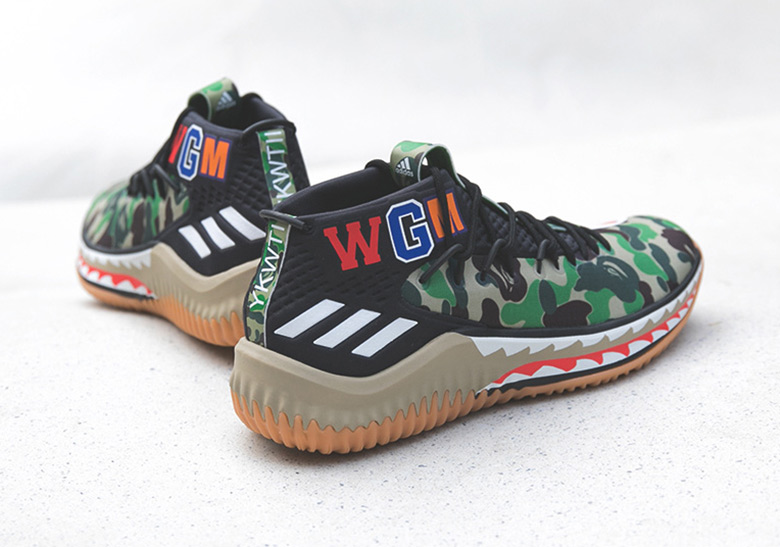 adidas’ upcoming collaboration with BAPE on the Dame 4 will make its initial debut at the 747 Warehouse in Los Angeles during All-Star Weekend on February 16th. Three colorways of the Three Stripe’s illustrious collaboration with the Japanese fashion brand will be part of the initial drop, in red, black and green. While the sneaker’s first release is taking place at that exclusive event, at least two of the three options will arrive at select boutiques shortly after. Foot Patrol is confirmed to release the green pair, but we can also confirm that other retailers will receive the black colorway. The red version may be exclusive to adidas.

BAPE’s customary imagery creates the focal point of this design, as the brand’s shark teeth decal perfectly fits along the midsole of the design, creating a look that would make consumers think these two unlikely entities were created to work together. Take a look at some detailed images of the green pair below and stay tuned for updates regarding a second global release. 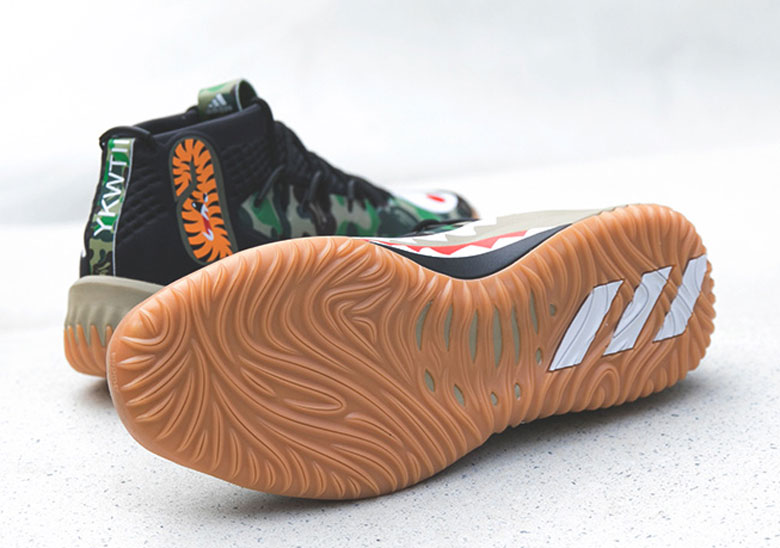 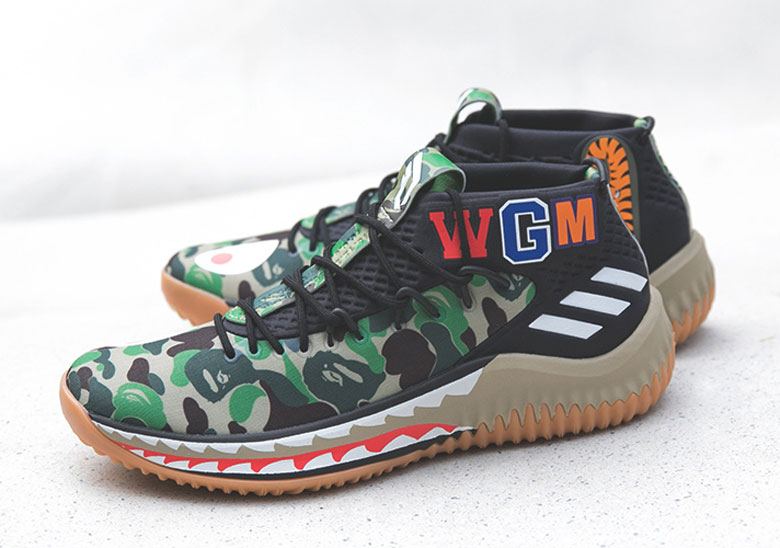 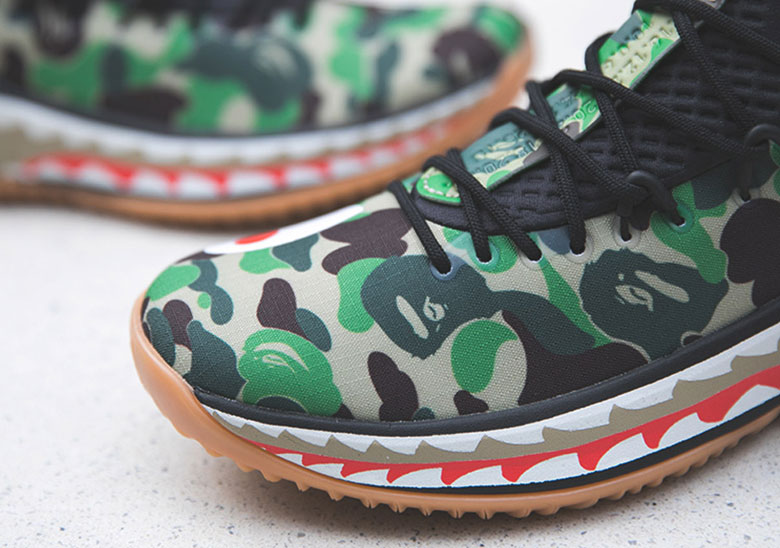 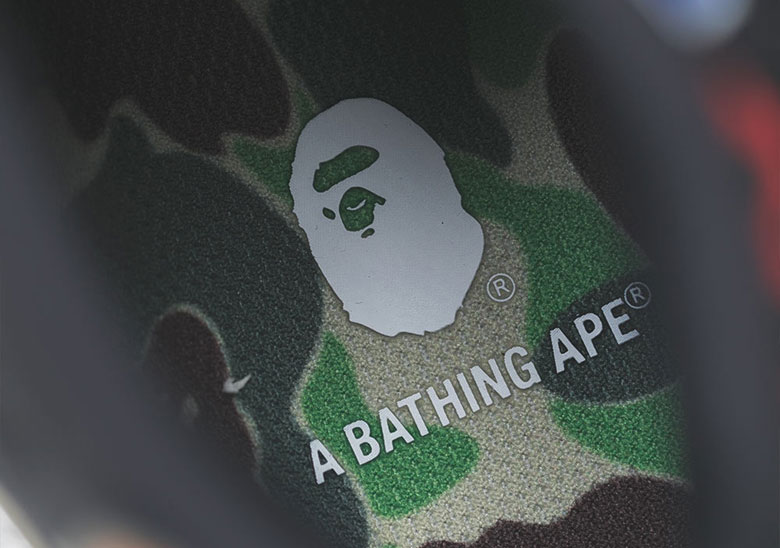 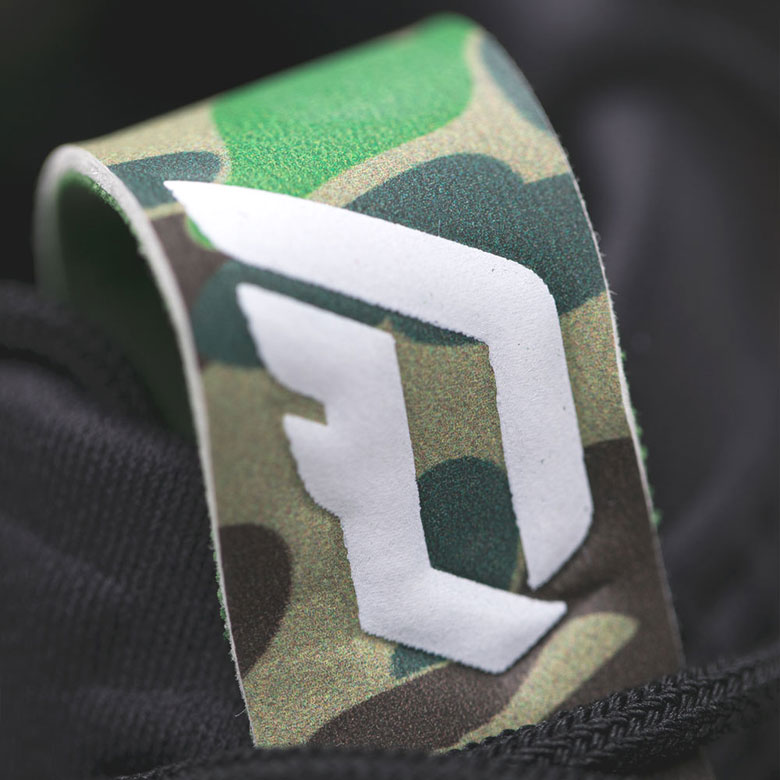