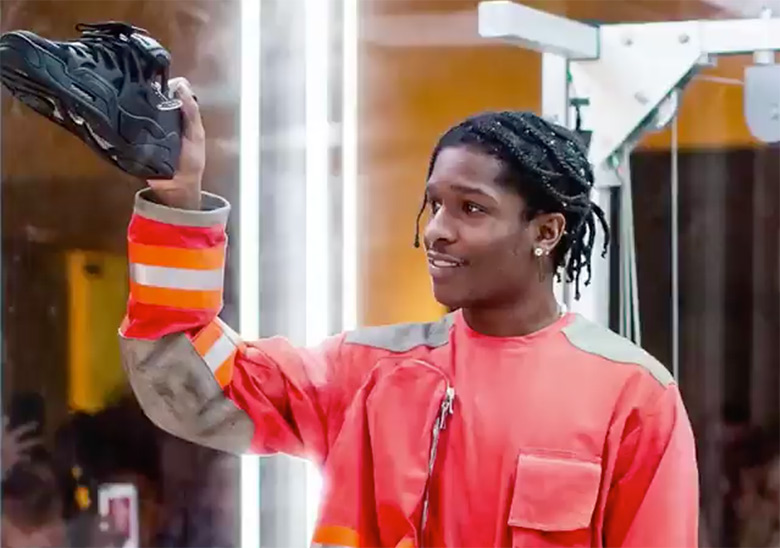 During last night’s Lab Rat performance art piece A$AP Rocky revealed to the world his upcoming collaborative sneaker with Under Armour as well as the cover art for his next highly anticipated album. Dressed in a triple black colorway, the unnamed sneaker that you see here is in fact a different version than the previous two pairs that have been spotted on Pretty Flacko’s feet. No detailed looks at the A$AP Mob leader’s debut signature sneaker have surfaced just yet, but it appears to come with an on-trend chunky midsole and multiple leather overlays on its upper. Stay tuned for release updates and official images as we have them and check out our Sneaker Release Dates page in the meantime.