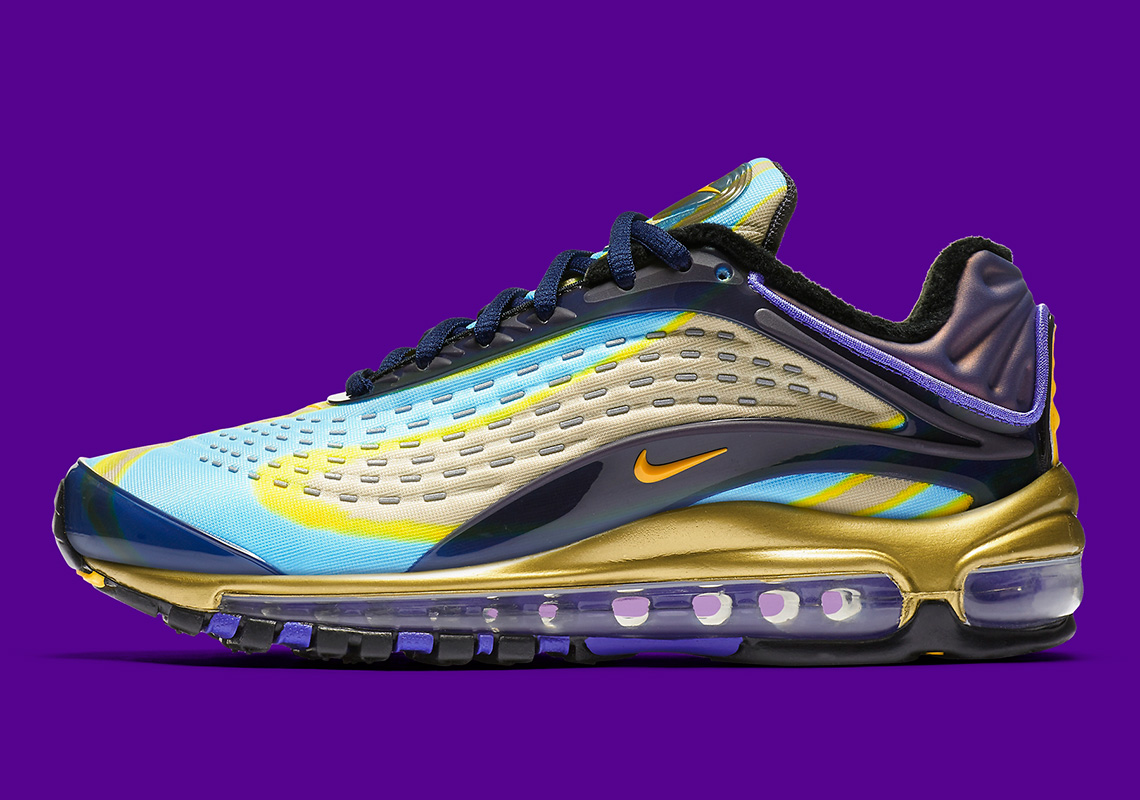 The striking Air Max Deluxe, a late 90s cult classic, has had a busy summer so far, first being rumored as a Skepta collaboration and then re-surfacing in the OG “Photo Blue” colorway earlier this month. Now the shoe’s highly anticipated re-launch is continuing to gain steam, as it’s is also set to return in a women’s “Midnight Navy” colorway. Featuring a retro neoprene upper that boasts a blend of light blue, yellow, and gold with reflective accents, the whimsical colors and patterns are held together with purple and blue plastic overlays on the midfoot and toebox respectively. Further royal purple and gold accents arrive on the heel, midsole, and Air Max unit. A straightforwards black and purple outsole completes the shoe’s unique look. Enjoy a full set of images below, and head over to Nike.com to grab your pair now. 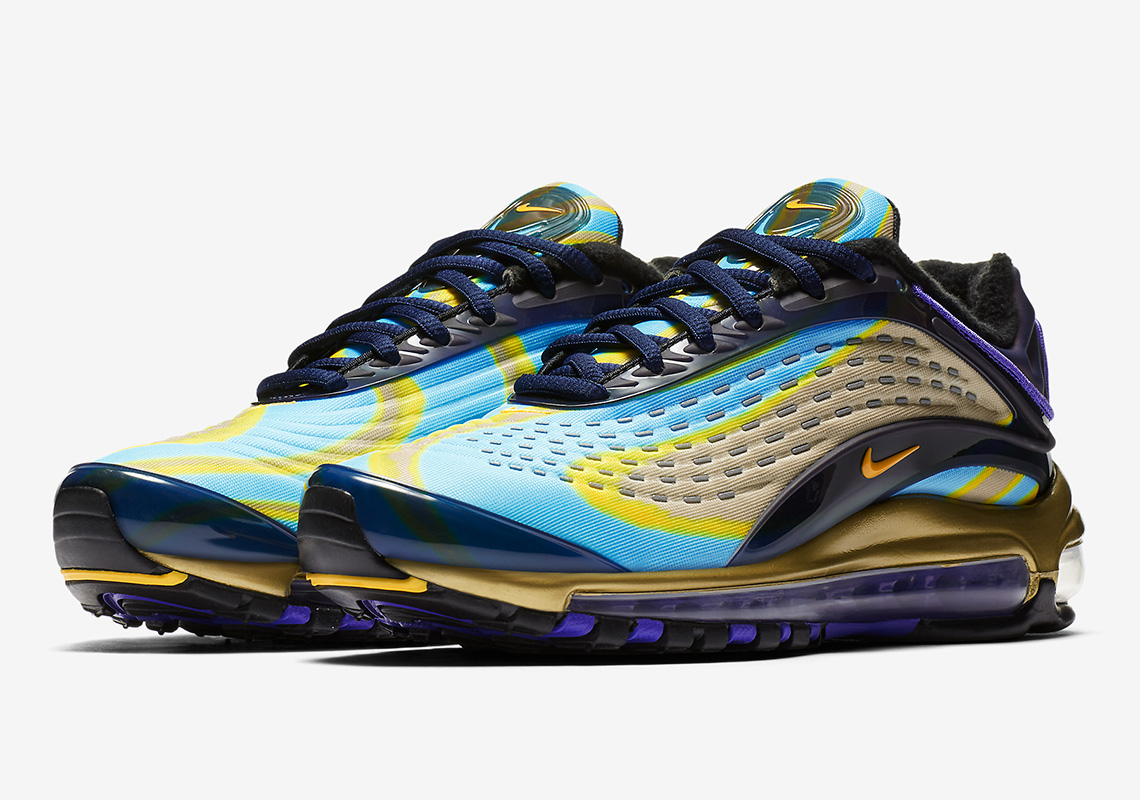 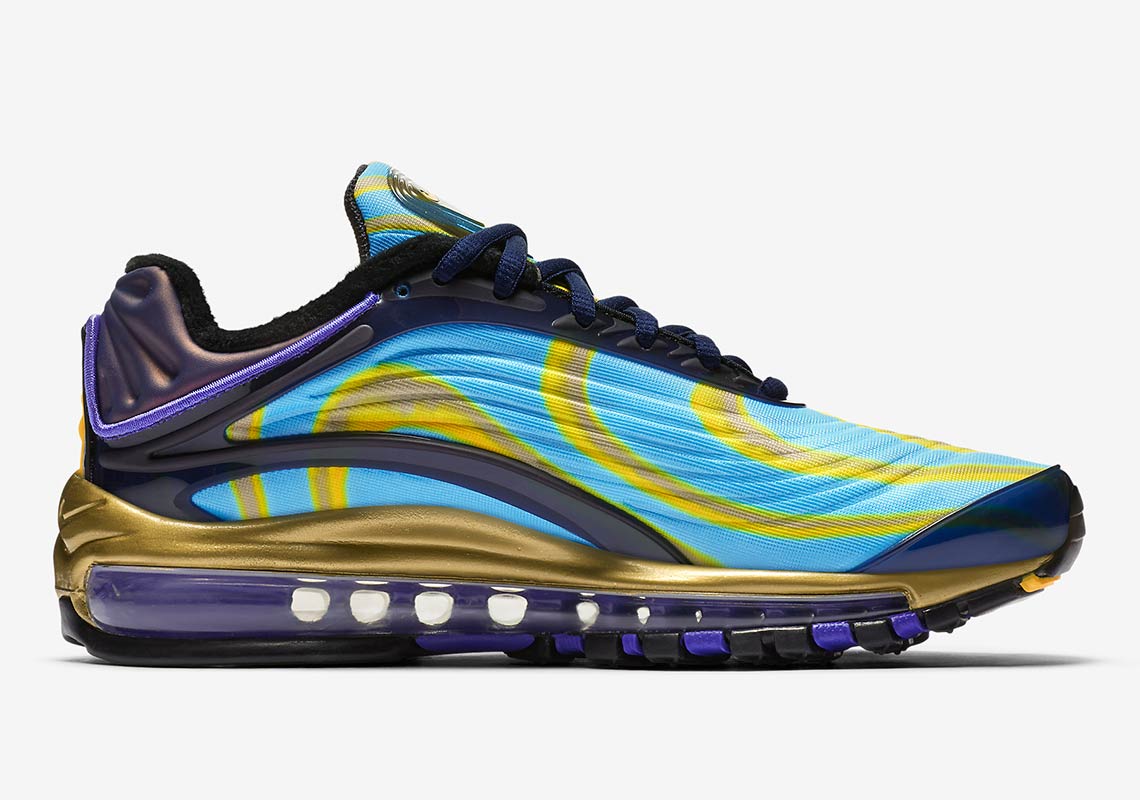 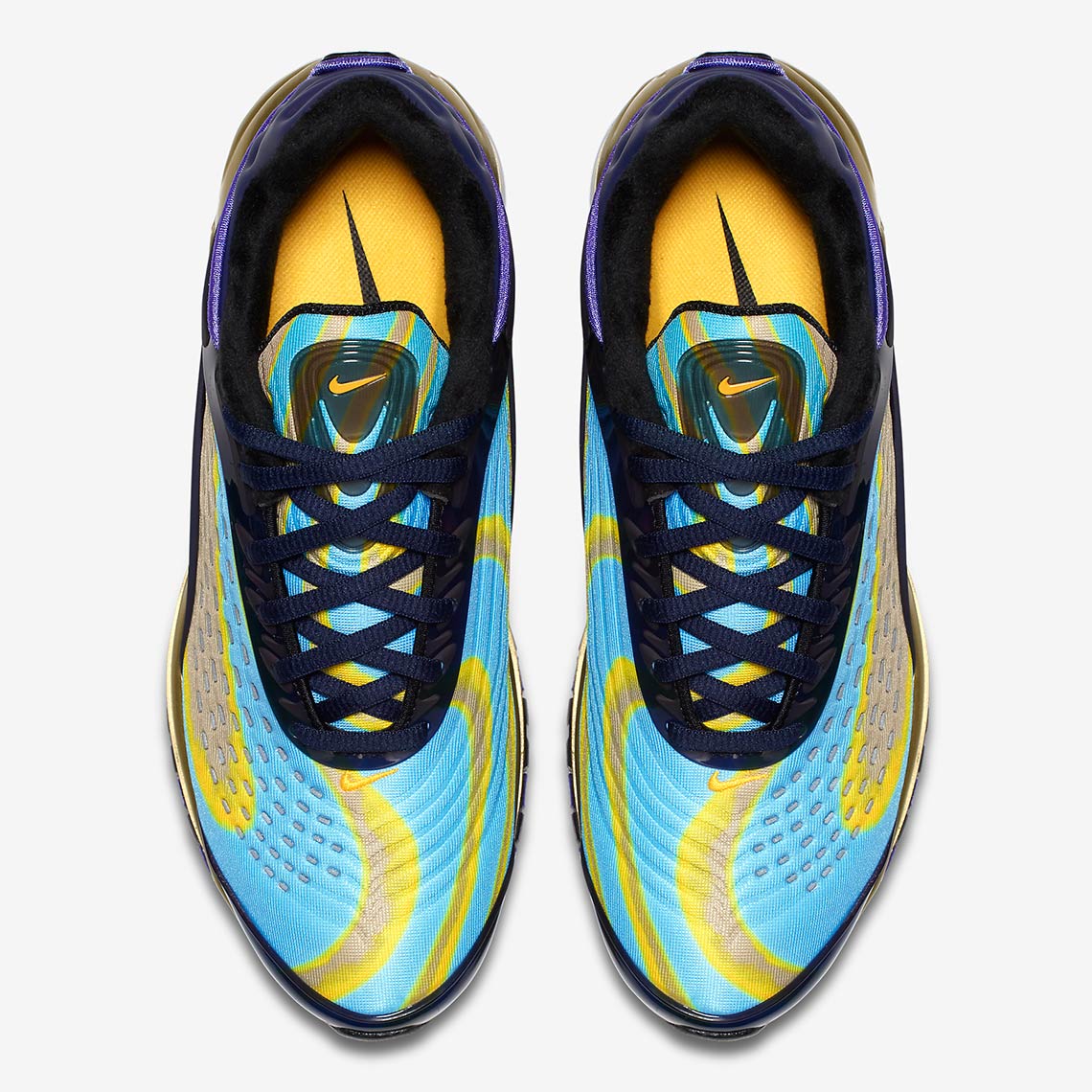 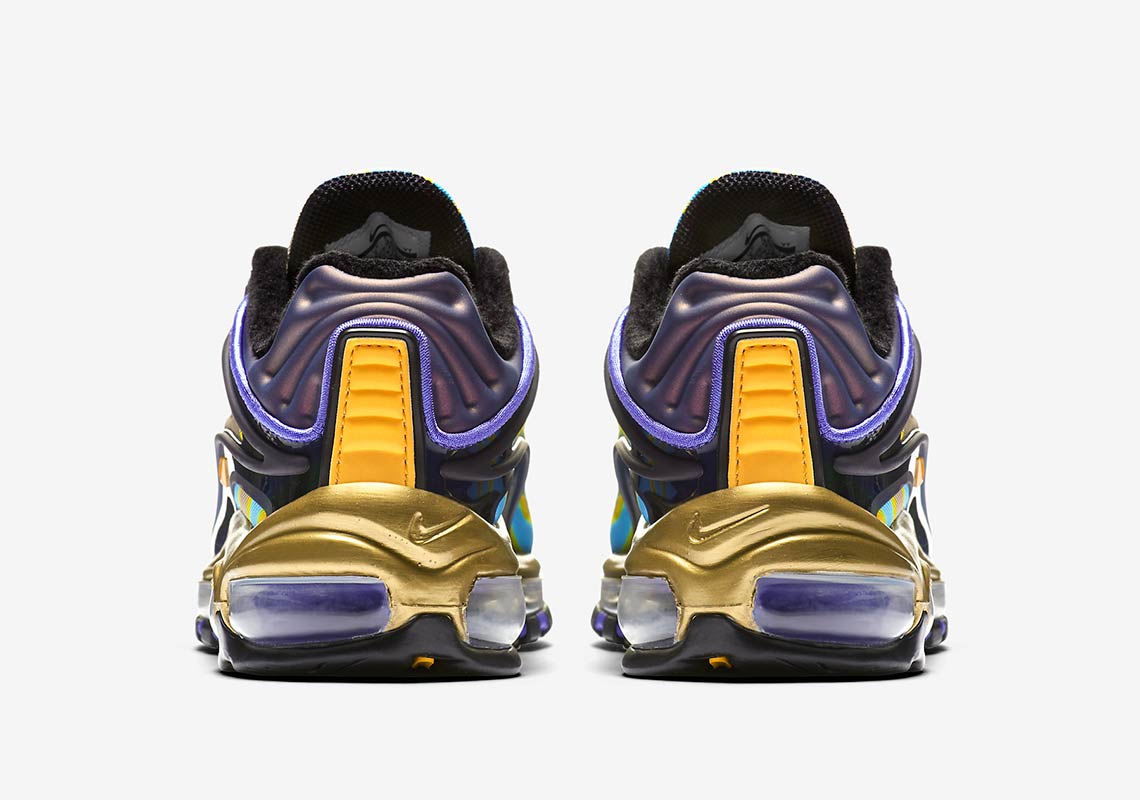 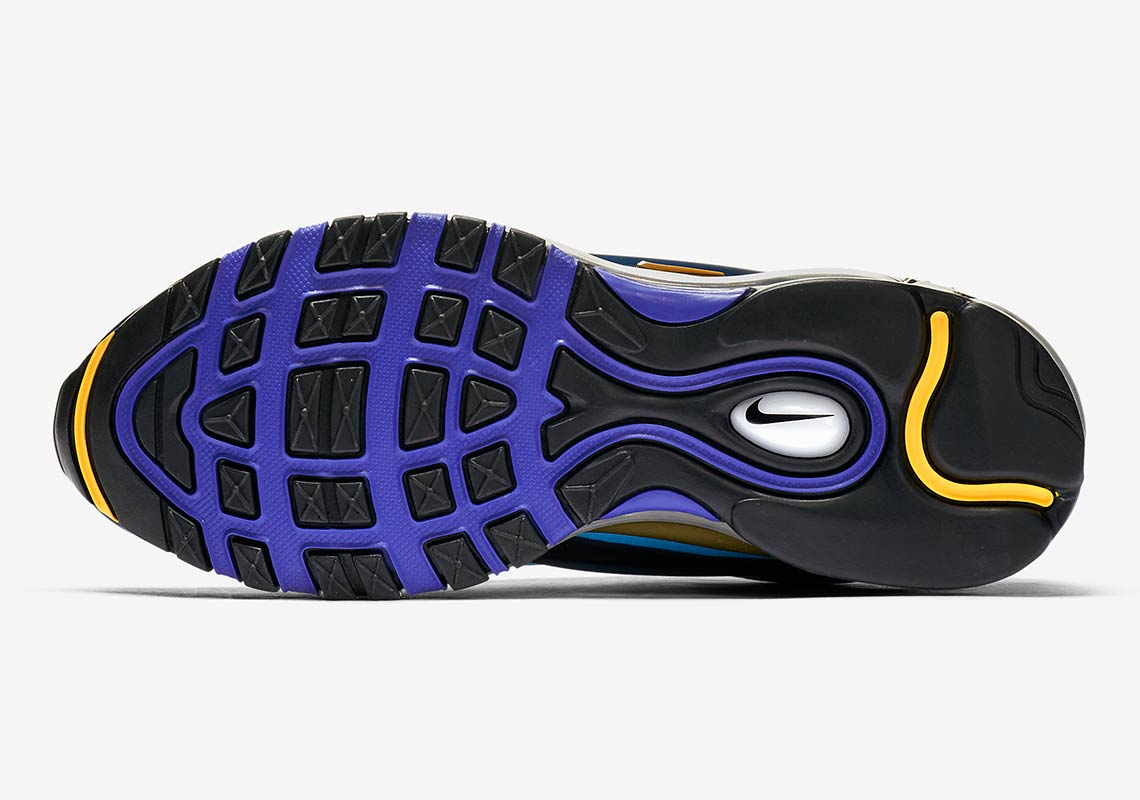 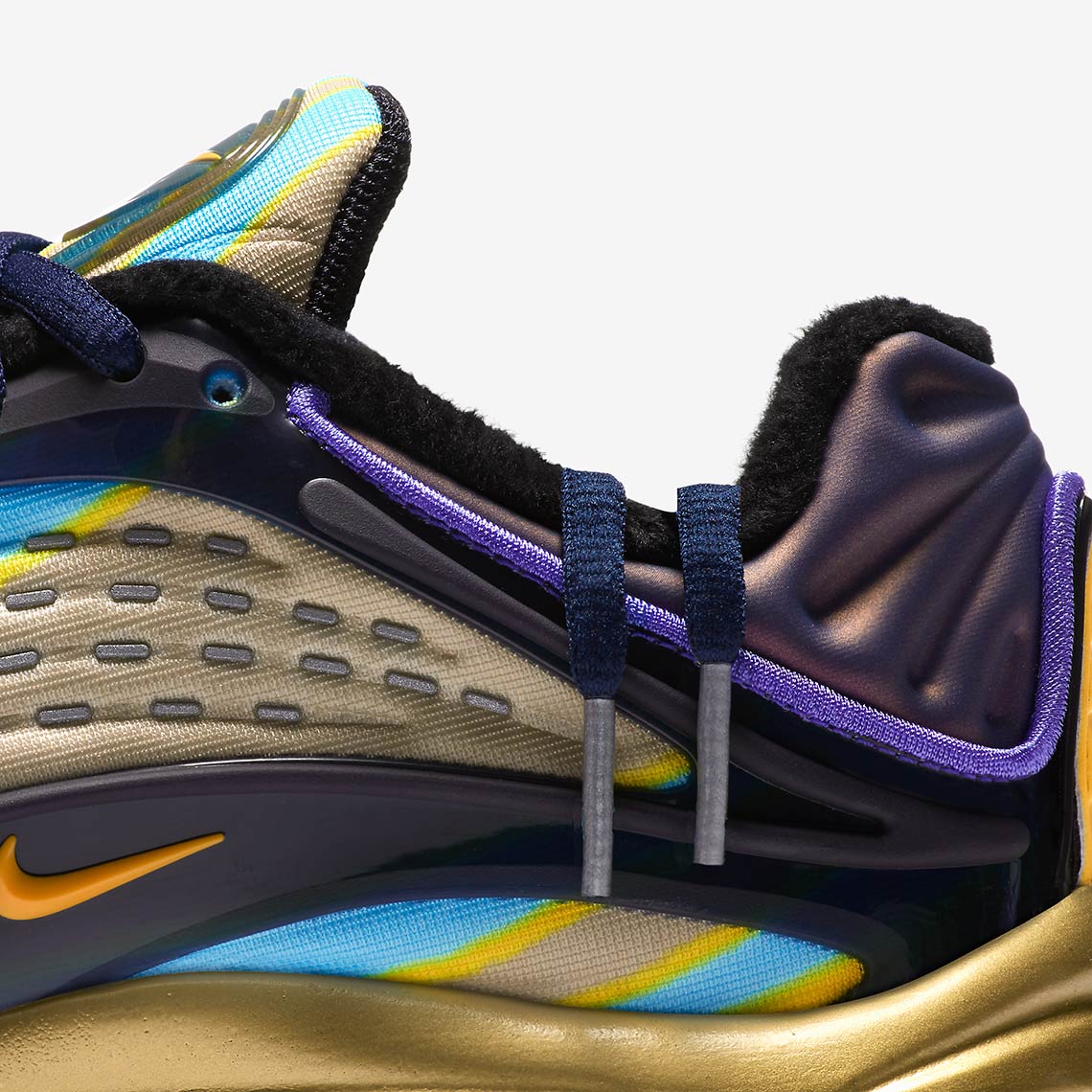 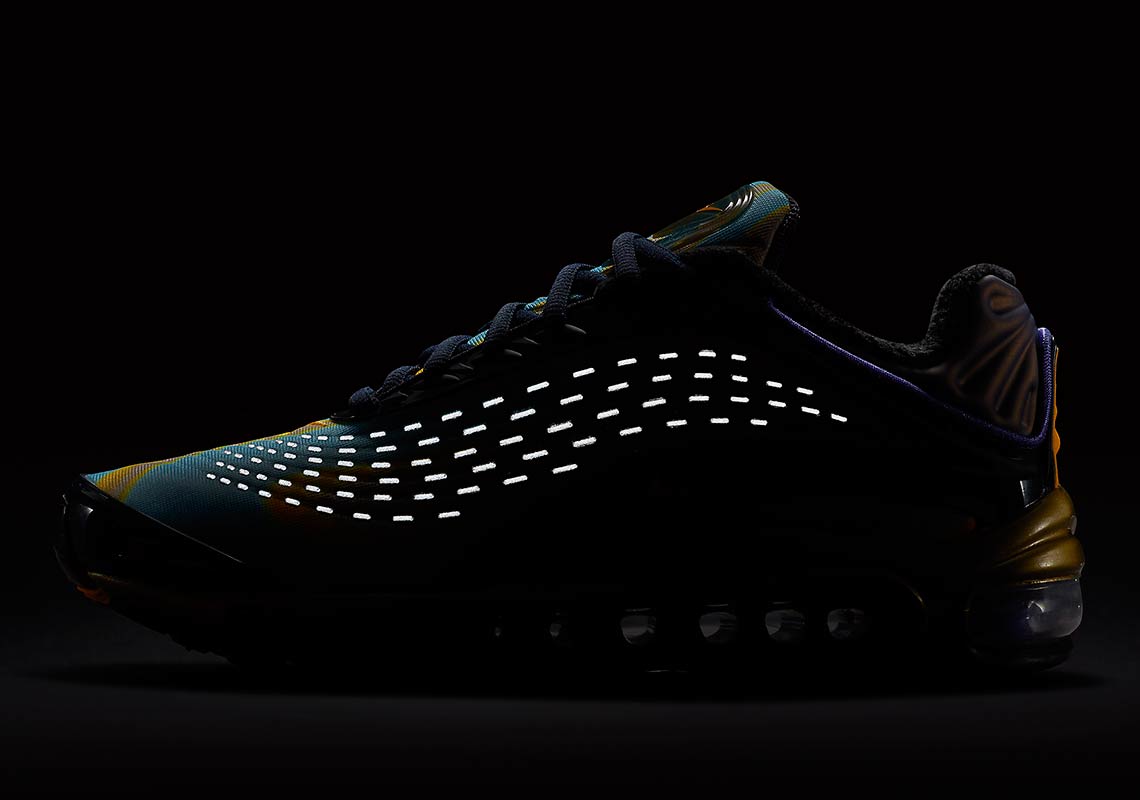