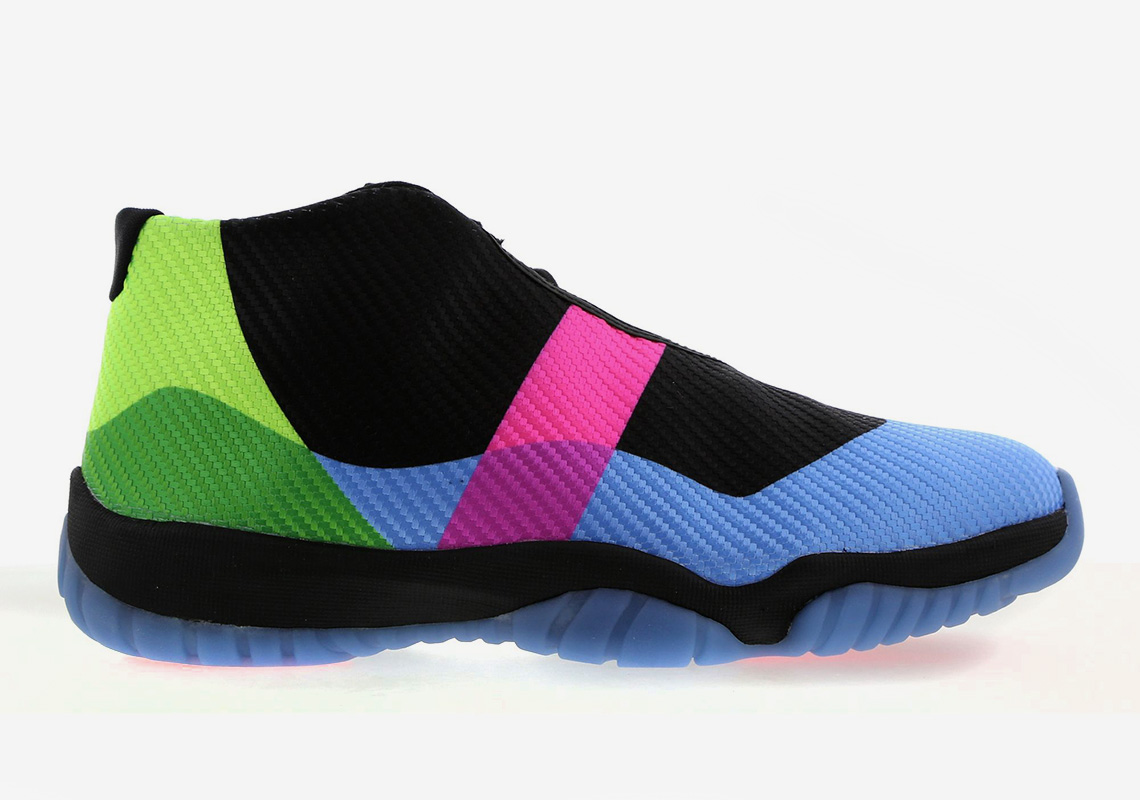 Jordan Brand’s relationship with the Quai 54 streetball tournament in Paris continues this year with two pieces of footwear and an entire apparel collaboration. Alongside the previously shown Air Jordan 3, is this Jordan Future Quai 54 that takes clear design cues from the Air Jordan 11. Much like that aforementioned Jordan 3, this new selection boasts a bright and boisterous retro color scheme that features neon green, blue, and pink. While the sneaker’s upper sports a unique mesh construction with an unconventional lacing system, its cloudy blue outsole is borrowed directly from the 11 – one of the greatest Jordans of all time. Quai 54’s “Q” basketball logo is a bit more prevalent on the 3, while it can only be seen on the insole of the right sneaker on this Future. Peep a detailed set of images for this brand new Jordan Future Quai 54 below and expect its release – as well as a full line of apparel –  on June 30th. 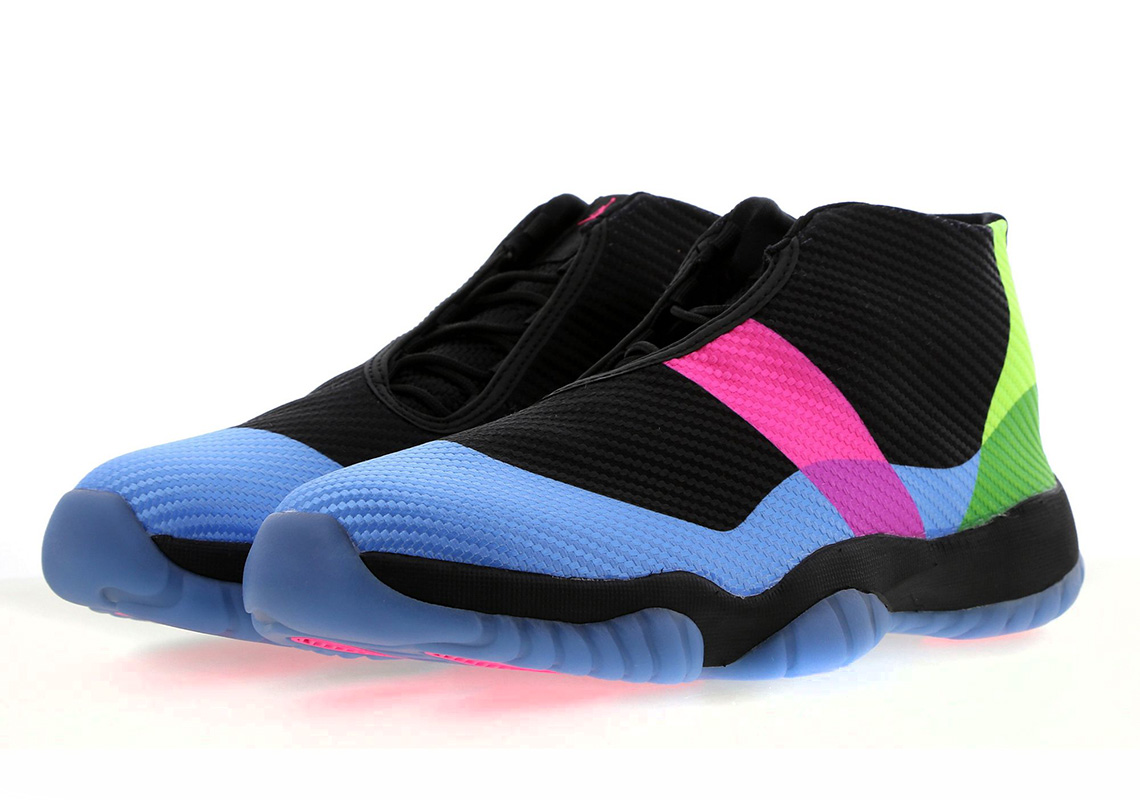 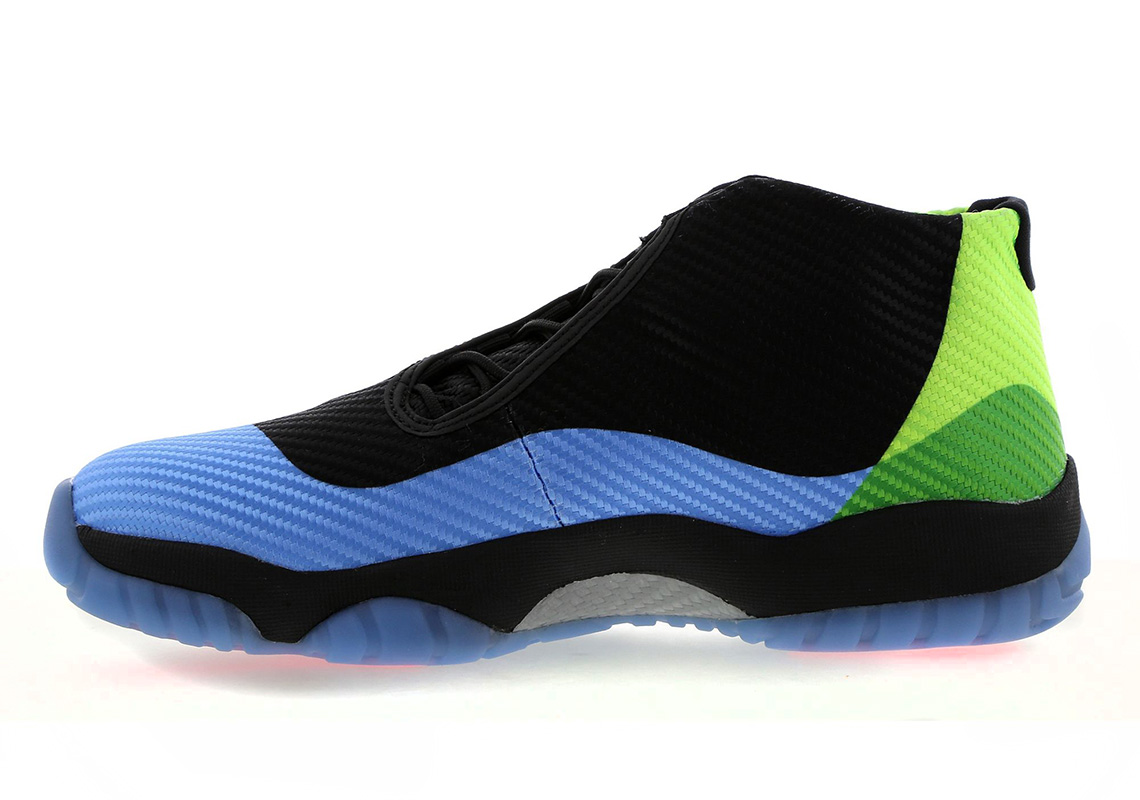 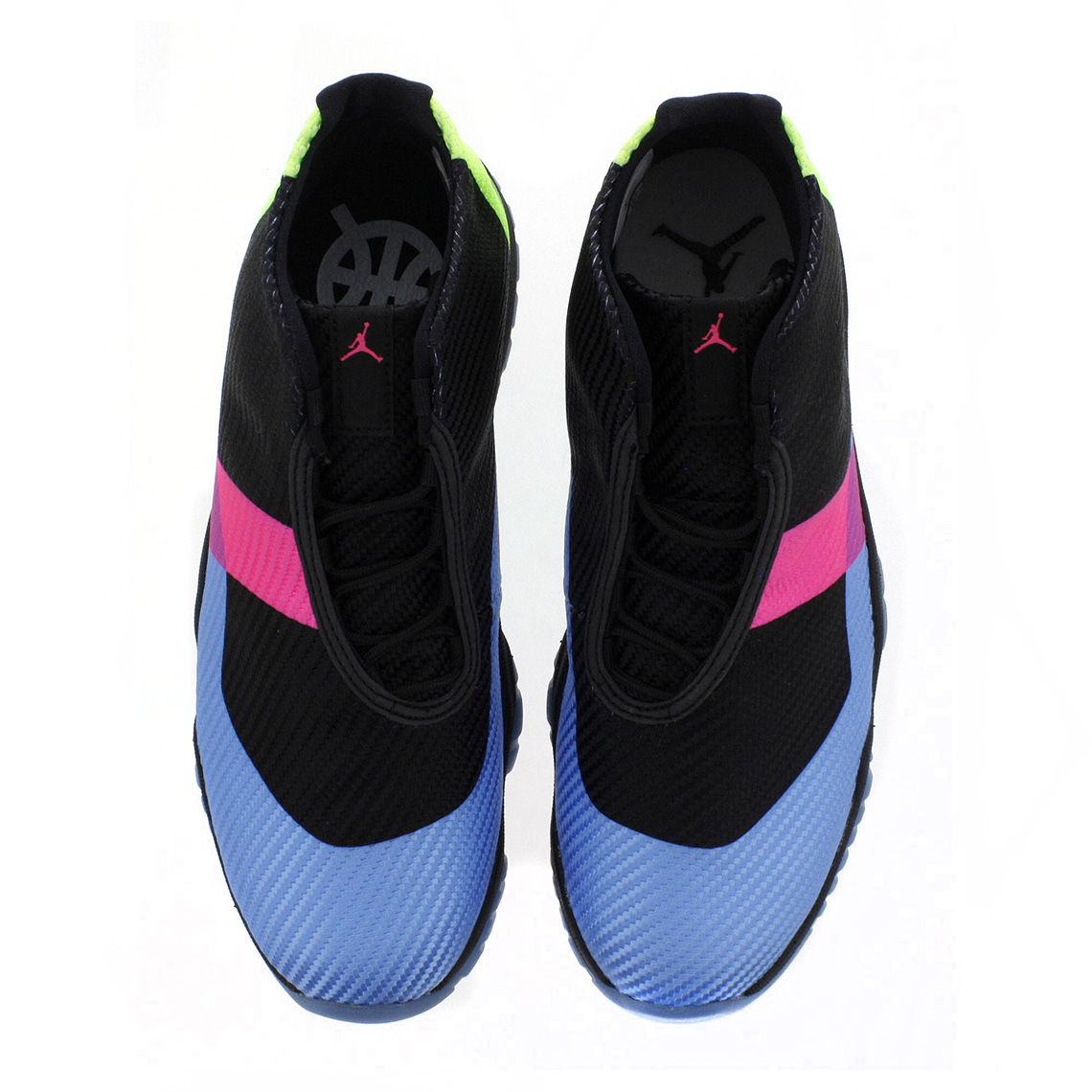 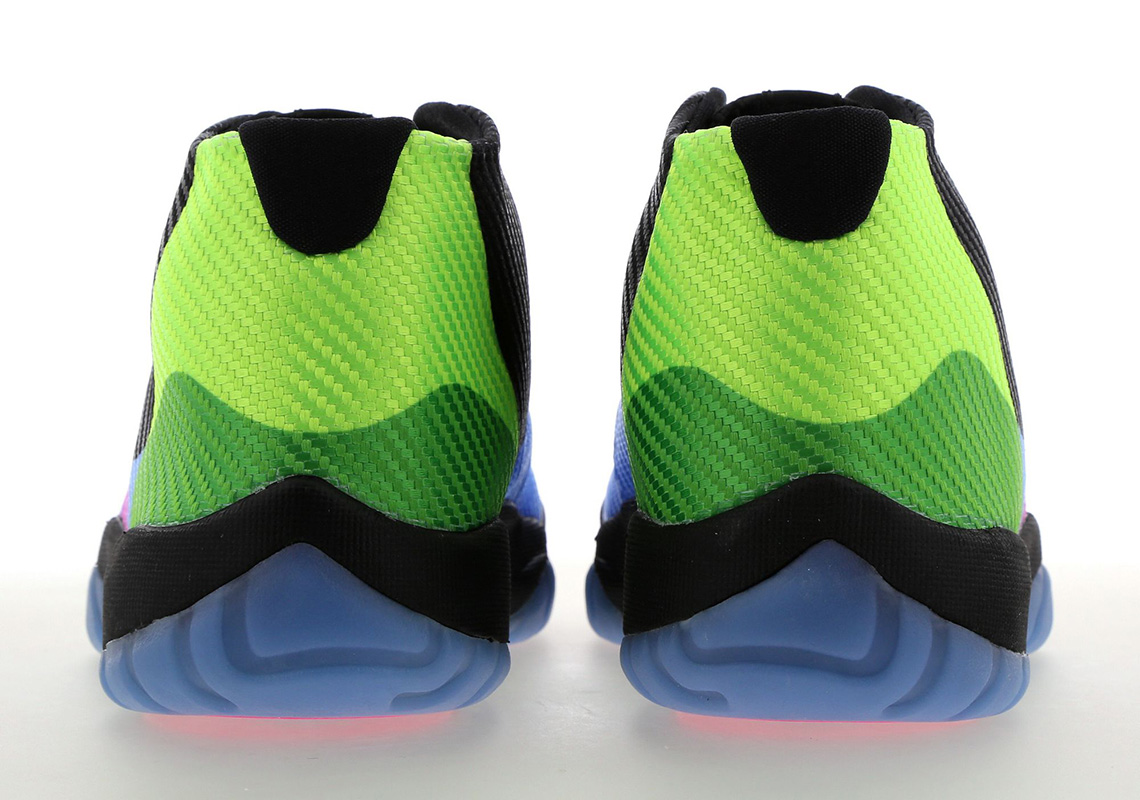 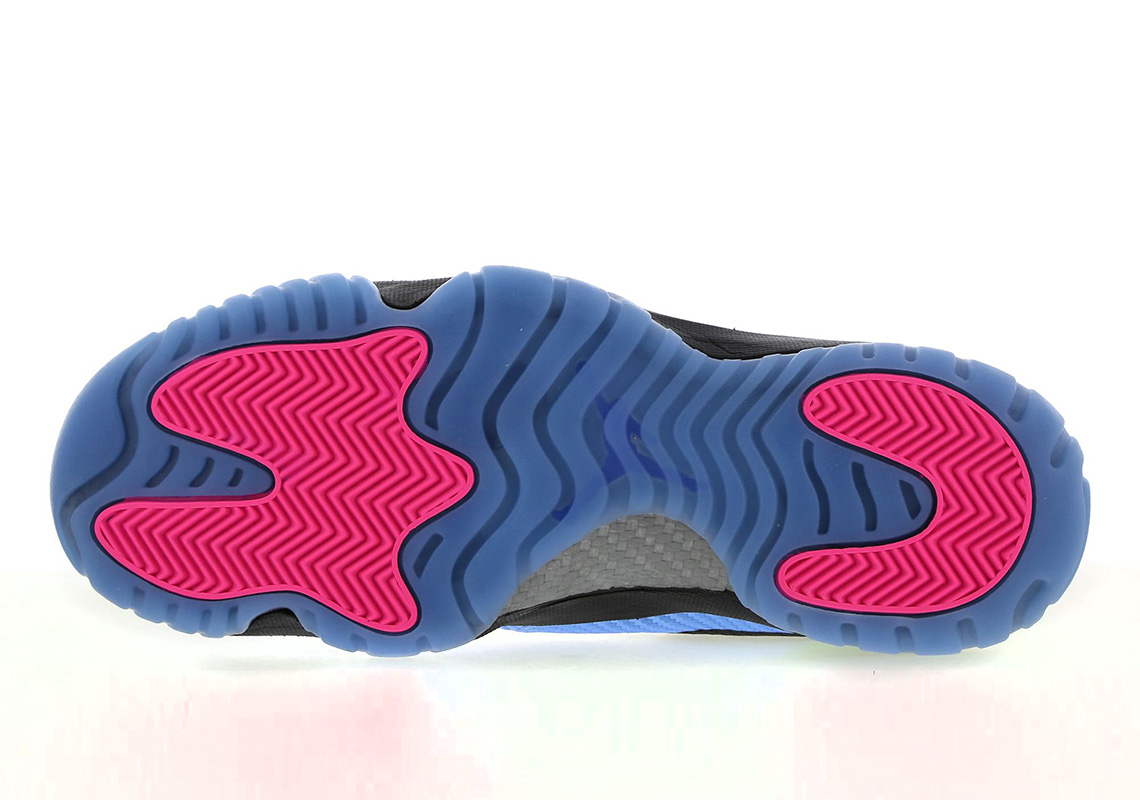