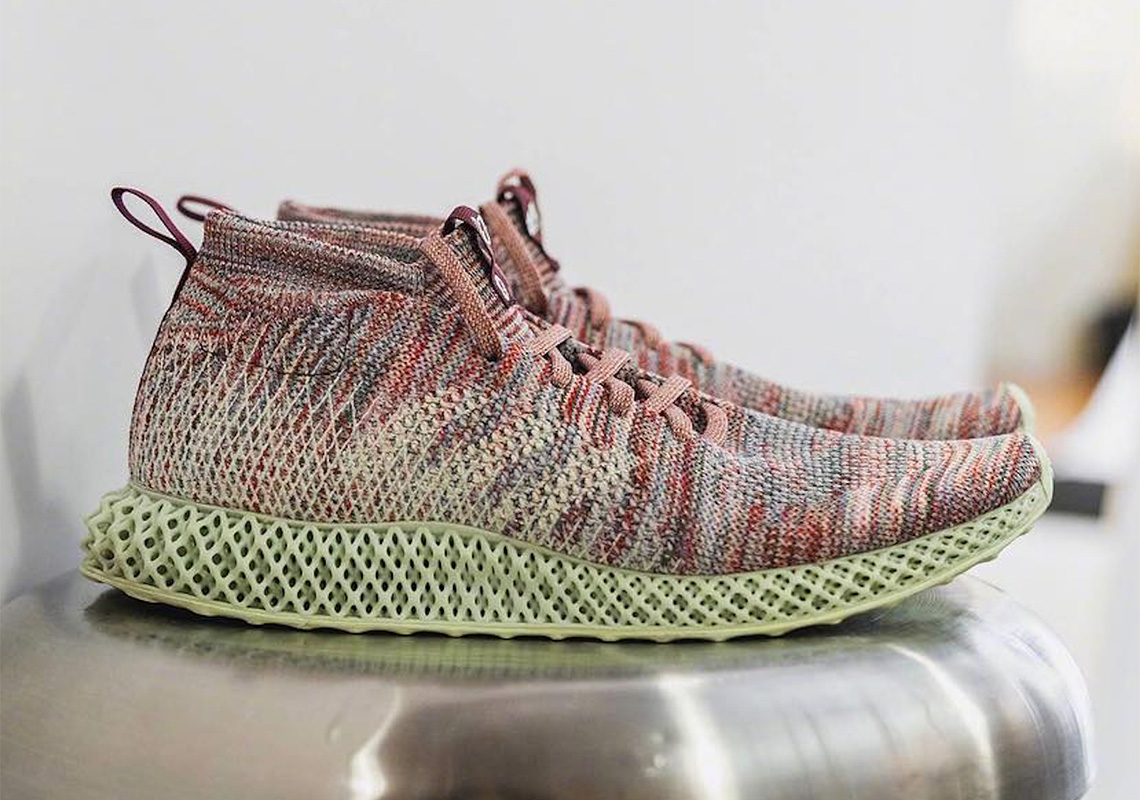 After adidas Consortium joined forces with Sneakersnstuff, Invincible, and FootPatrol as part of their four-retailer Futurecraft 4D collaborative efforts, the final co-designed Futurecraft sneaker has been unveiled in partnership with KITH. Drawing inspiration from the Ultra Boost Mid “Aspen” — one of the most popular UBs of 2016 — the shoe features a slightly lighter and less structured version of the multi-colored Primeknit upper that appeared on the original “Aspen” Ultra Boosts. The Futurecraft midsole is dressed in its signature light green colorway, and small details are provided by the branded burgundy heel and collar tabs. First seen backstage at Ronnie Fieg‘s “Kith Park” fashion show, there’s no official release date for these special Futurecrafts yet, but look for them to drop later this fall or winter and check out our Sneaker Release Dates page for updates as they’re available.