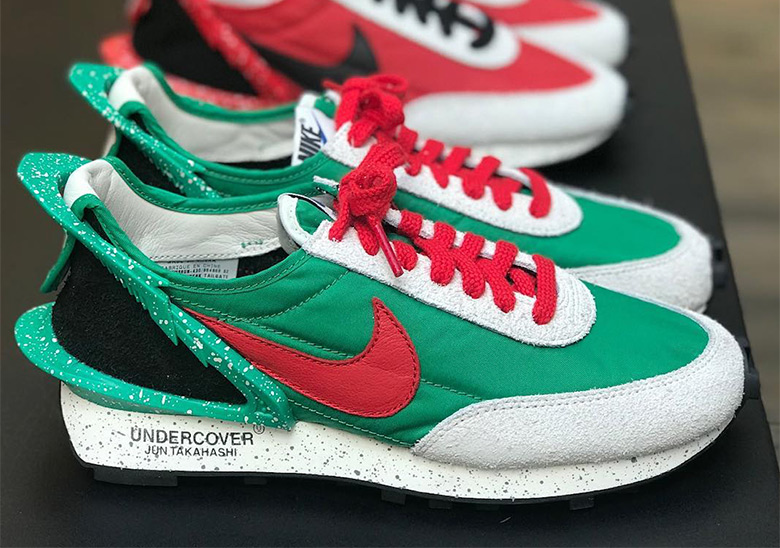 Jun Takahashi’s UNDERCOVER has been around since 1993 and has collaborated with streetwear stalwarts like Supreme and BAPE — but they’ve never been more visible to mainstream sneaker culture than they are in 2018. With their React Element 87s garnering serious of “Sneaker Of The Year” talk and their upcoming GYAKUSOU Zoom Fly SPs making waves as well, the Japanese brand is on a momentous hot streak — not dissimilar to the extended stretch of popularity Virgil Abloh‘s Off-White Nike shoes have enjoyed. Now, they’re set to bring yet another astonishing creation to market soon, as more colors of the special Nike Tailwinds that they’ve been teasing since June have surfaced.

The first shoe to feature an Air-Sole unit, the Tailwind originally debuted in 1978 and has been an important part of Nike Running’s heritage ever since. Takahashi’s take on the road running classic leaves many of the classically styled details intact, but adds an extended plastic heel piece that reaches to the midfoot and rises to the back collar for a high-fashion look. A trio of new colors — red/green, red/black and blue/yellow — have been unveiled, and each pair features grey suede mudguards, black suede heel pieces, and heavily speckled midsoles/heel cages with UNDERCOVER branded midsole hits. These new colorways join the ranks of the yellow/black and blue/black pairs unveiled this spring, and are set to release alongside the UNDERCOVER S/S ’19 season sometime next spring. Enjoy your first look at the new kicks here, and let us know what you think of Takahashi’s take on the Tailwind as well. 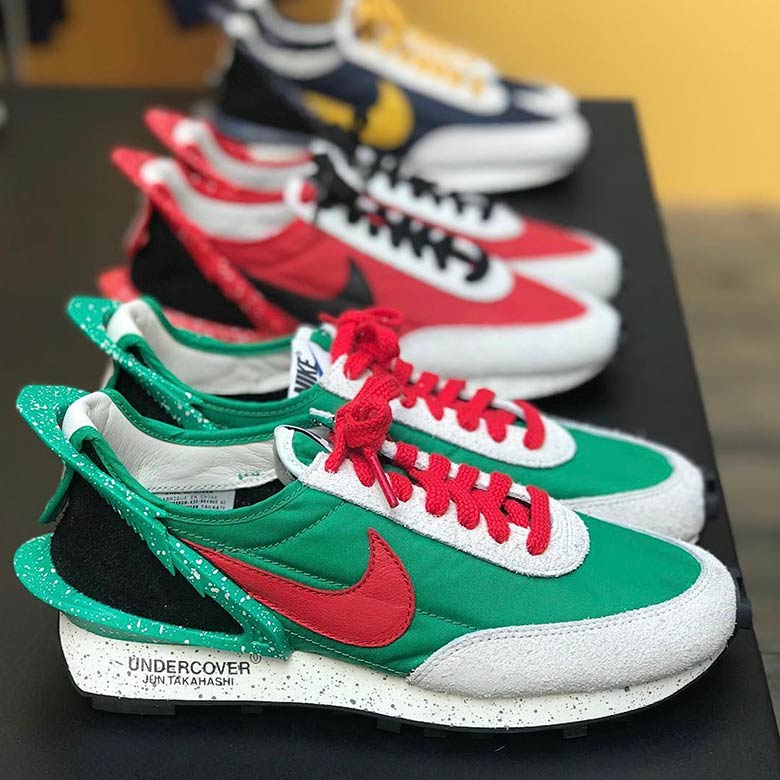 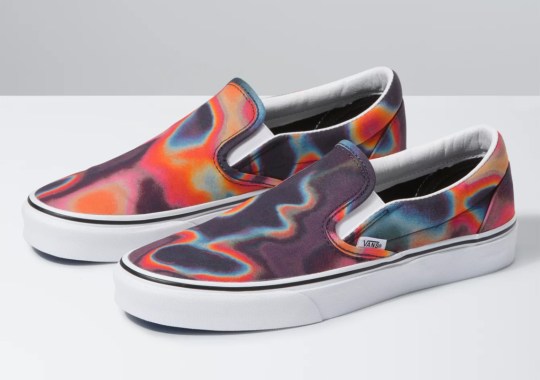