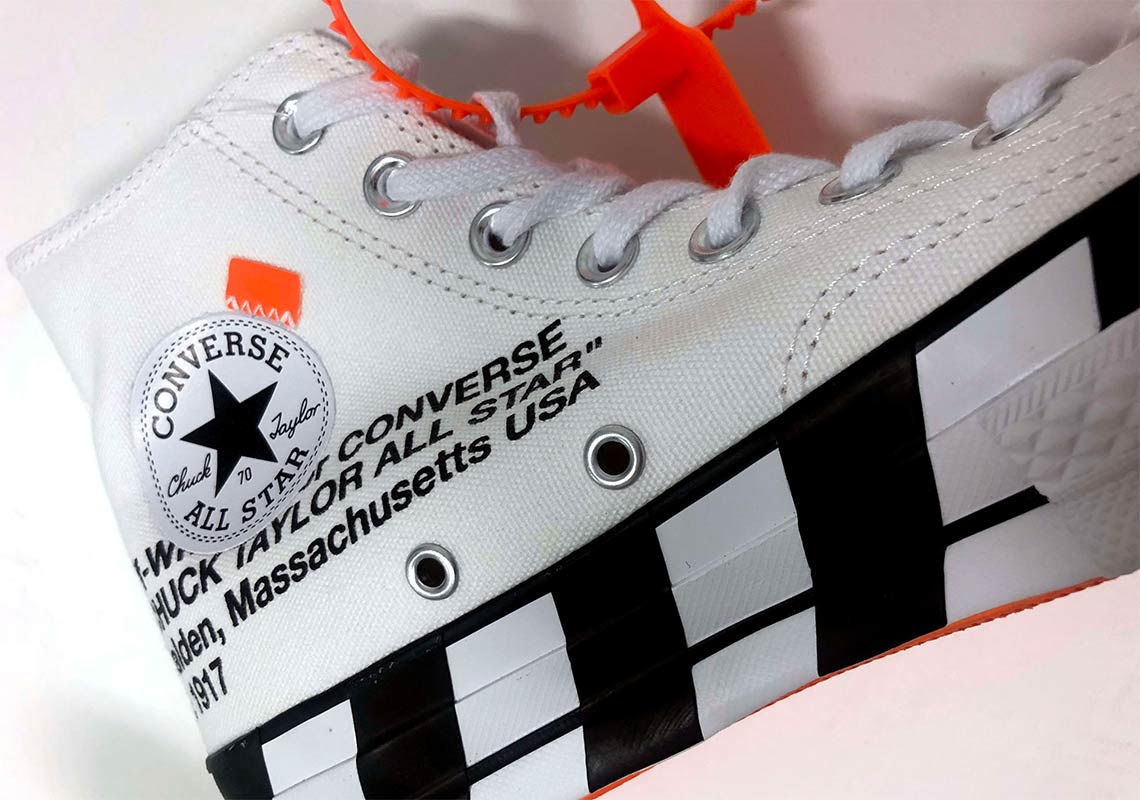 The translucent Converse Chuck Taylor from Virgil Abloh‘s original “The Ten” collection is officially receiving a follow-up this fall after months of speculation and leaked images. This time Abloh is lending his special touch to the Converse Chuck 70, and he’s traded out the deconstructed look of the first pair for a new black/white take complete with plenty of striking accoutrements. The shoe’s canvas upper features Abloh’s signature Helvetica branding on the medial sides — overlapping part of Converse’s classic circular Chuck logo — while bright hits of orange arrive via a stitched tab attached to the aforementioned logo and a signature zip tie. In an interesting design twist, the midsole is adorned with thick raised black stripes — a brand-new embellishment for Abloh’s collaborative footwear even though it’s used heavily on his Off-White clothing. The shoe is then completed with a bold orange outsole and signature branded “SHOELACES.” Look for these collaborative Chucks to release October 8th, and be sure to check out our Sneaker Release Dates page as well for all your other Autumn drop updates. 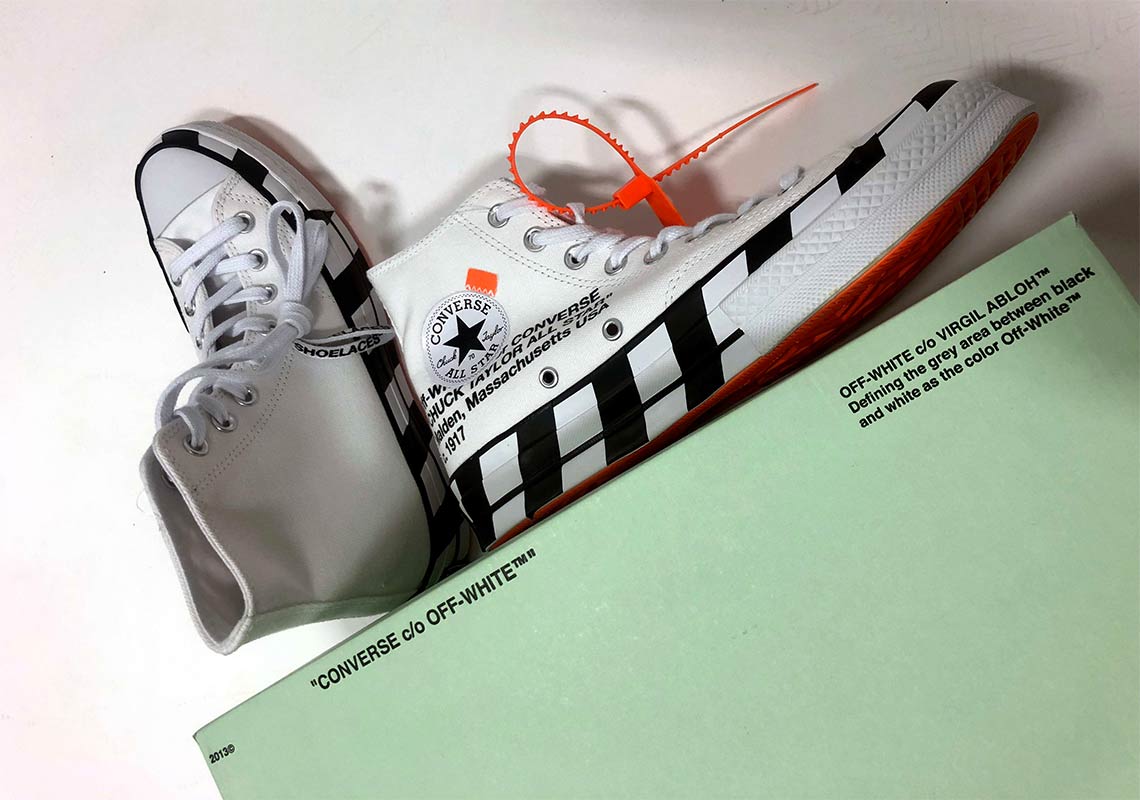