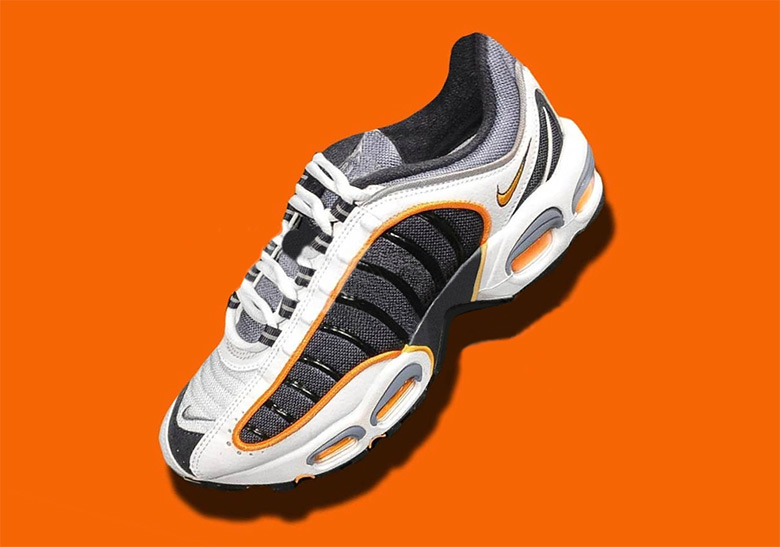 The Nike Air Max Tailwind 4 Will Return In 2019

For Air Max fanatics, the last few years have been a godsend as several classics were re-released for either the first time in a long while, or the first time in history. Silhouettes like the Air Max 97 and Air Max Plus are as prevalent as ever, while others like the Air Max 98 and the rave-inspired Deluxe models got their healthy share of attention. That said, our sights are set on 2019’s line-up for Air Max re-issues, and it appears that the Air Max Tailwind 4 of 1999 will be one of the many models that will get some love in the current age of the bubble craze. For those that can remember, the Tailwind IV was most recently available in the late 2000s and even appeared on NIKEiD.

The Air Max Tailwind line, notable for its visible Air units at the heel, never really got much attention to begin with. While the ’92 model did make a return in their original colorways nearly a decade ago, the Air Max Tailwind 96, II, and III only exist as unwearable deadstock pairs on eBay. The return of the IV model might open doors to a comeback of the entire mid-late 1990s line as whole, but at least we know there’s still a lot of ground to cover if Nike plans on bringing back more Air Maxes from that decade. Stay tuned for updates, because 2019 will certainly bring a lot more to table – such as the potential return of the Air Max 99.