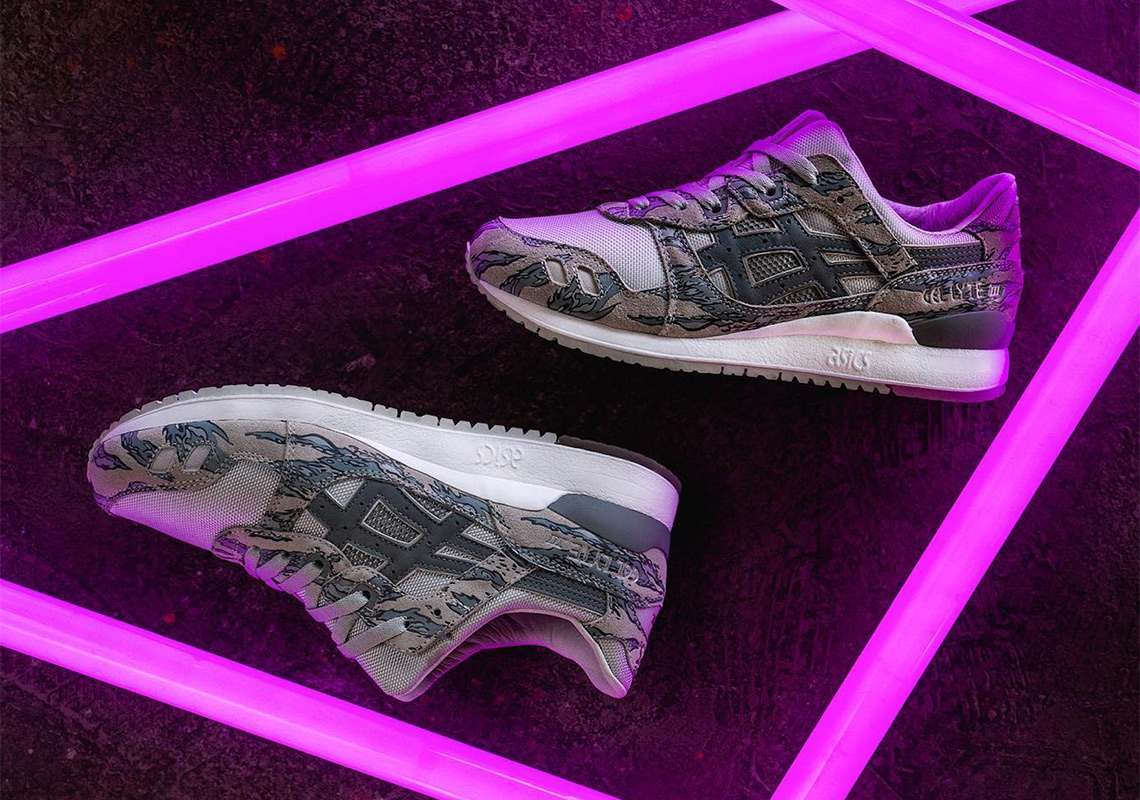 atmos isn’t playing around when it comes to special releases and exclusive product for the fifth installment of their annual atmoscon. After the announcement that the Air Jordan 1 “Rookie Of The Year” would be dropping early at the event — and the unveiling of a special atmoscon exclusive adidas Speedfactory AM4, the Japanese retailer has now premiered a special GEL-Lyte III, created in conjunction with Solebox. The retro runners call upon a blend of grey tones, with a light grey mesh and tan suede serving as the base, while accents arrive via a steel grey tiger camo. For a pop of bright color, the shoes also feature purple atmos and Solebox logos on the left and right heels. The special kicks are set to release exclusively at atmoscon October 8th, and will be accompanied by a jacket/pants set that features the same grey camouflage — plus a two-pack of 100% and 400% Be@rbricks. Check out the camouflaged capsule collection below, and be sure to head by atmoscon if you’re lucky enough to be in Tokyo next week. 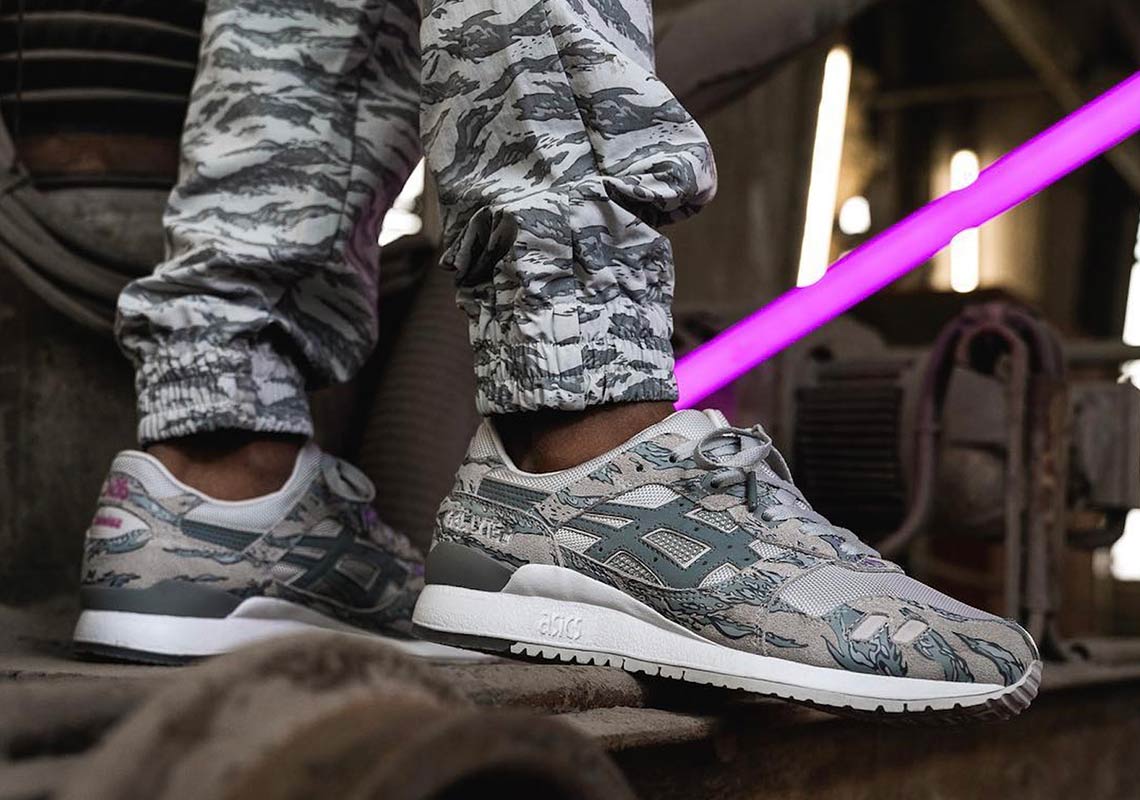 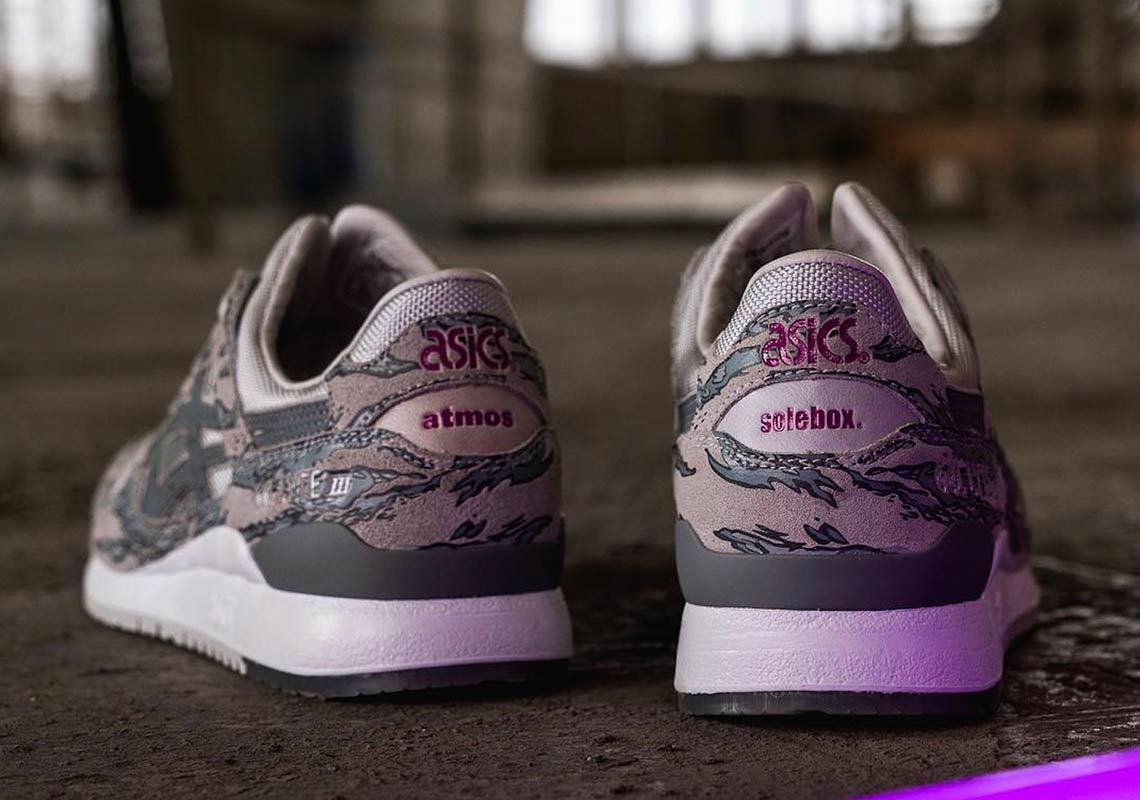 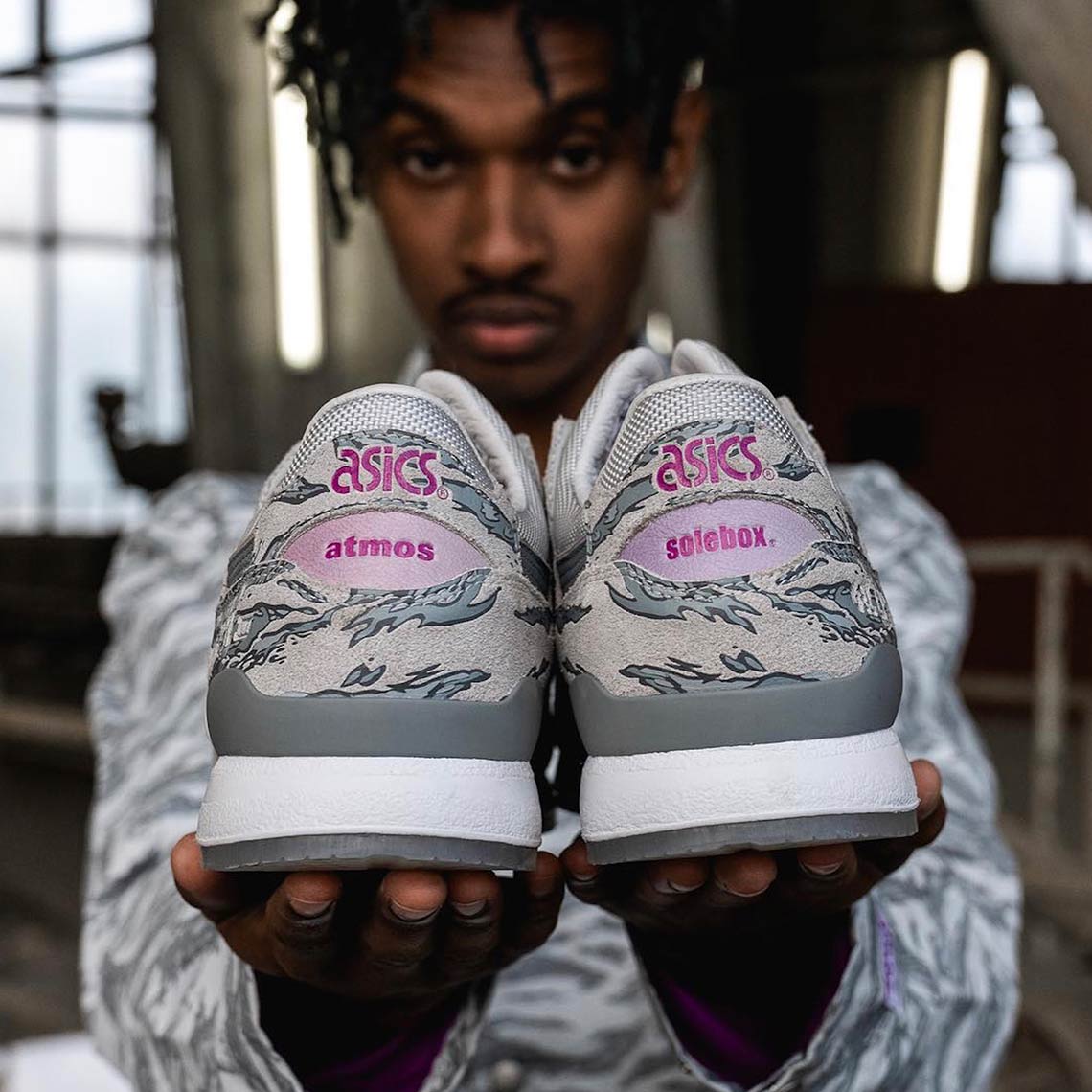 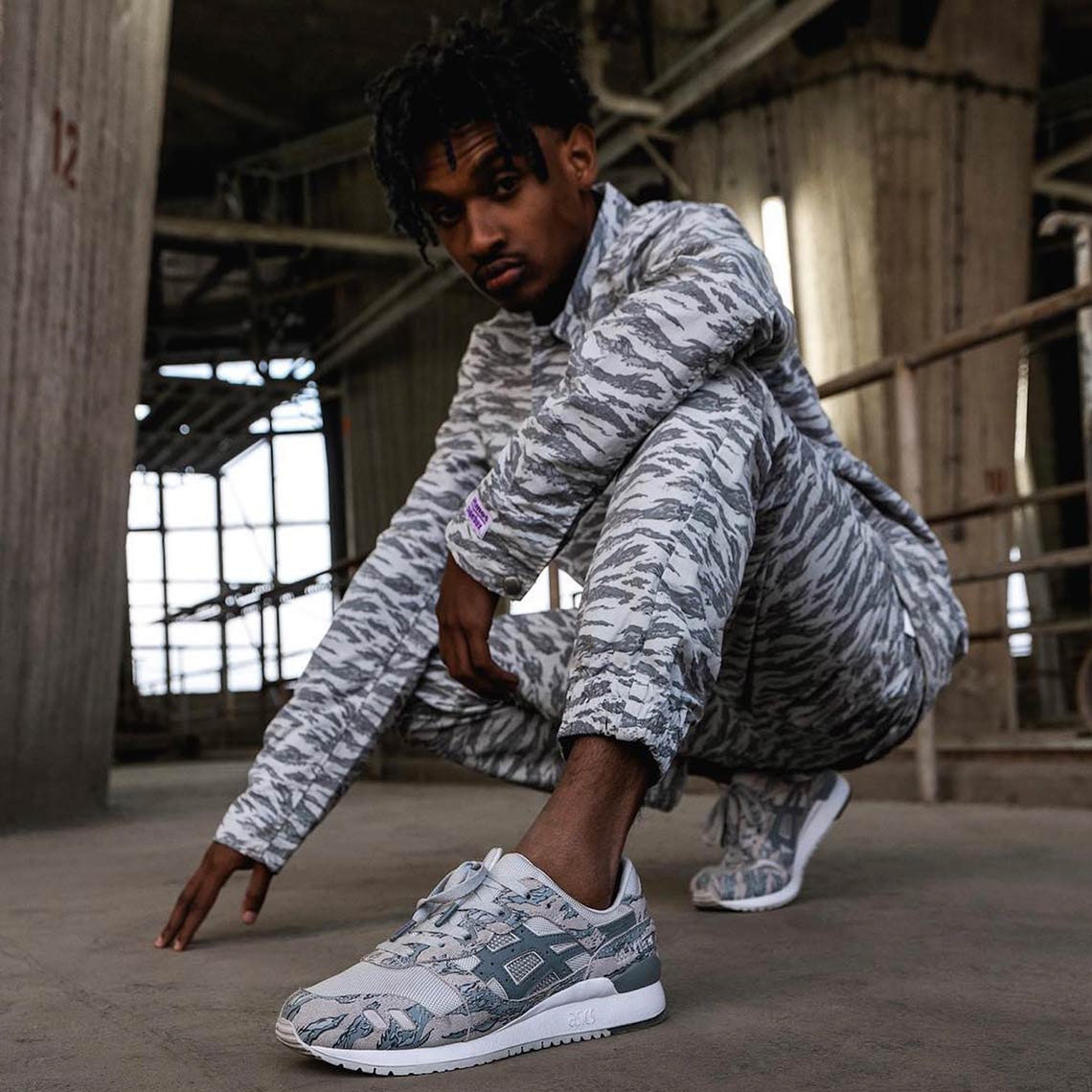 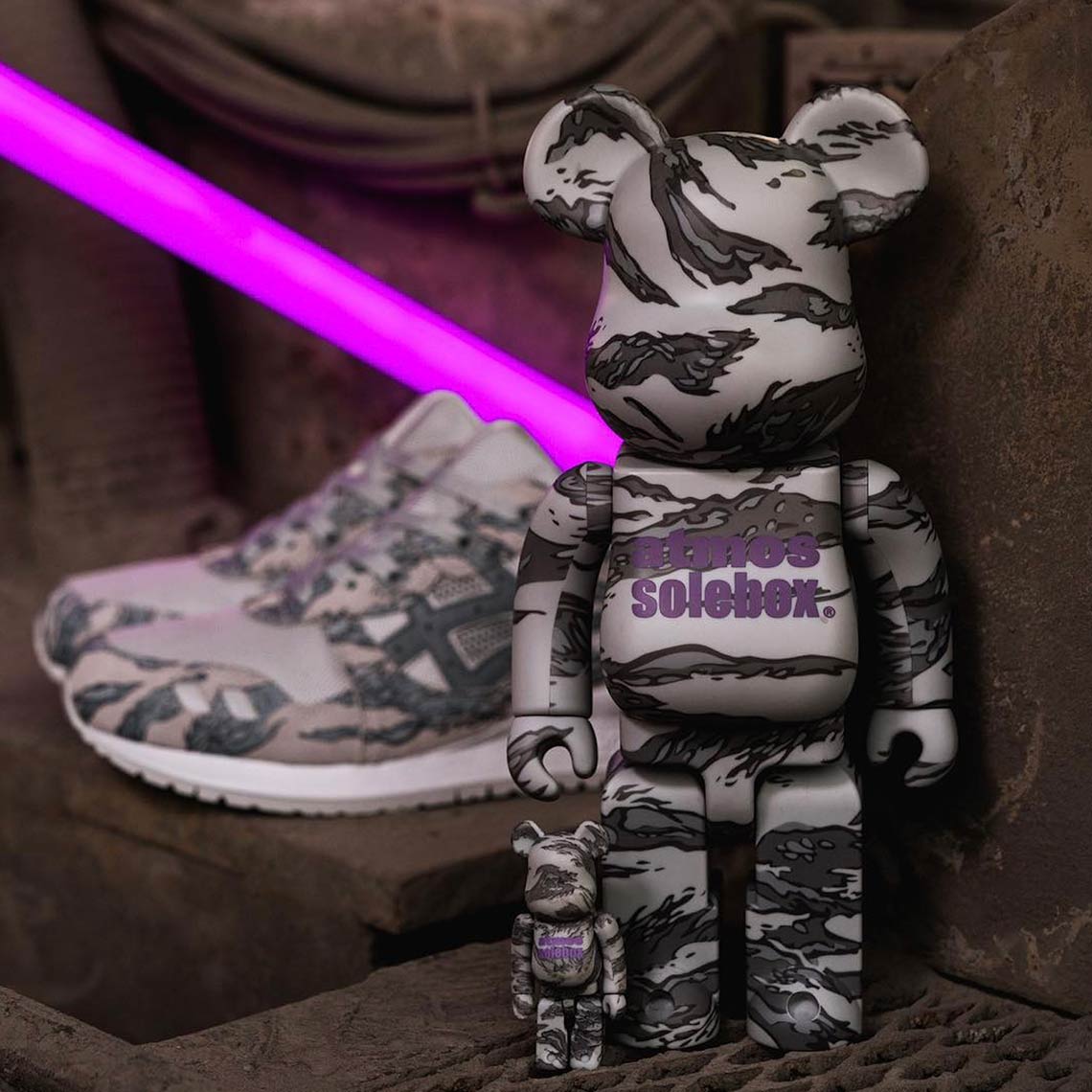