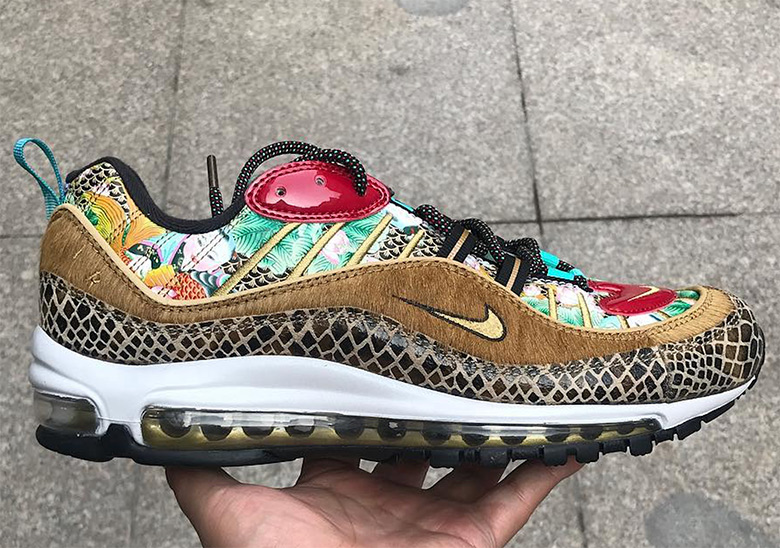 Nike’s propensity for special Chinese New Year makeups of classic shoes that feature a plentiful helping of colors/patterns is well-known. After the CNY Foamposite One surfaced at the beginning of 2018, Nike is now turning to the Air Max 98 for its end-of-year follow-up, and it’s safe to say they’re even more wild than their printed predecessors. The upper calls upon a trifecta of patterns — “Tianjin” style print towards the top, a shaggy brown pony hair on the mid panel, and a snakeskin print on the mudguard — while a jade tongue and bold red patent leather hits on the eyelets, toebox, and medial midfoot add further color. For the sake of simplicity the shoe’s lower half is much more straightforward than the upper, as a white midsole, gold Air Max unit, and black outsole with special jewel detailing finalize the look. Undoubtedly one of the loudest Air Max 98s we’ve seen this year, these CNYs certainly make a statement, and are bound to turn heads upon their release. Check out a full set of images below and expect a release early next year, most likely in February. 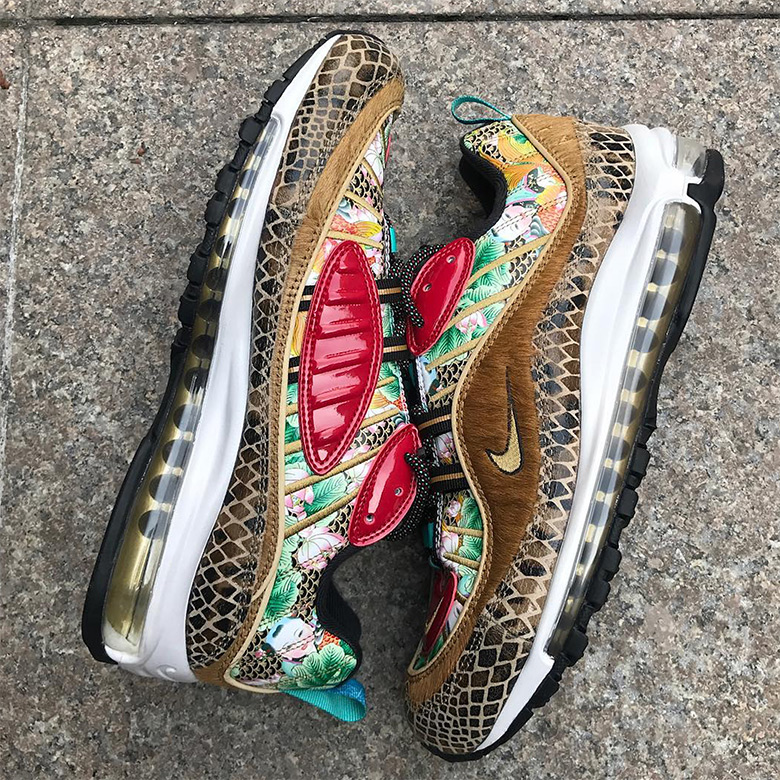 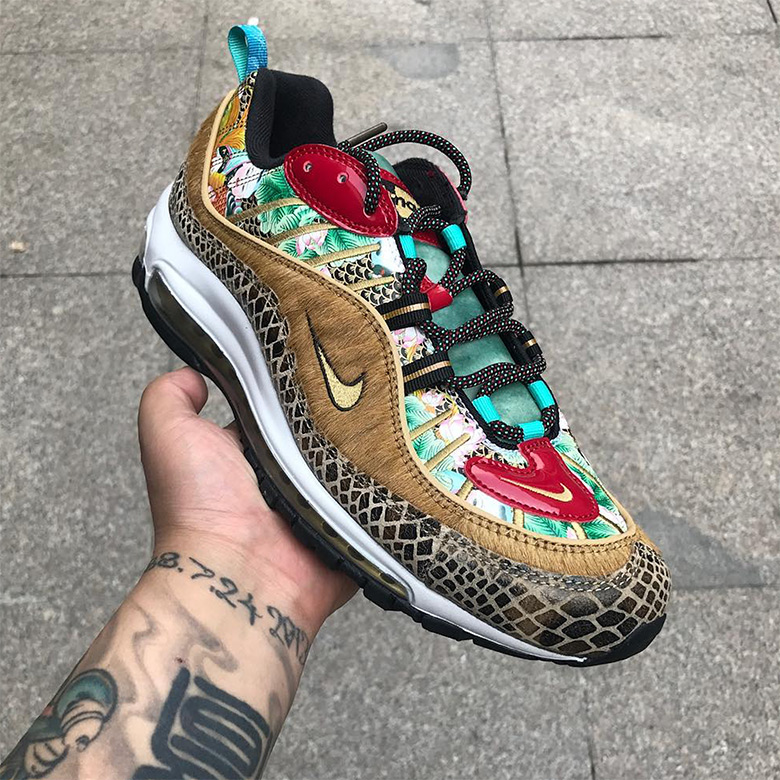 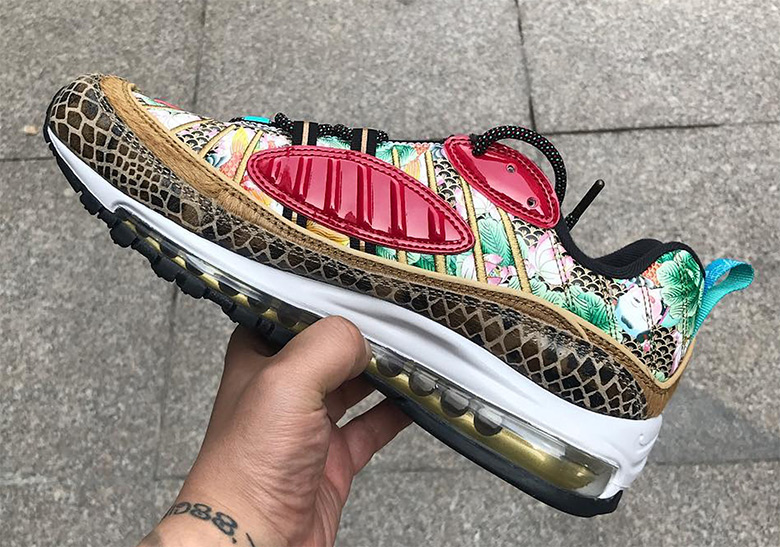 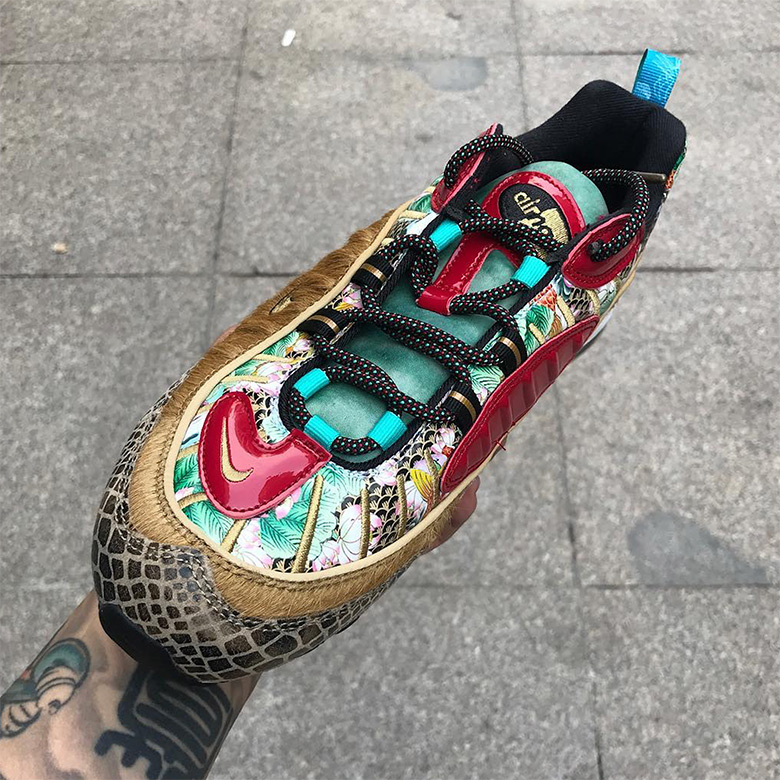 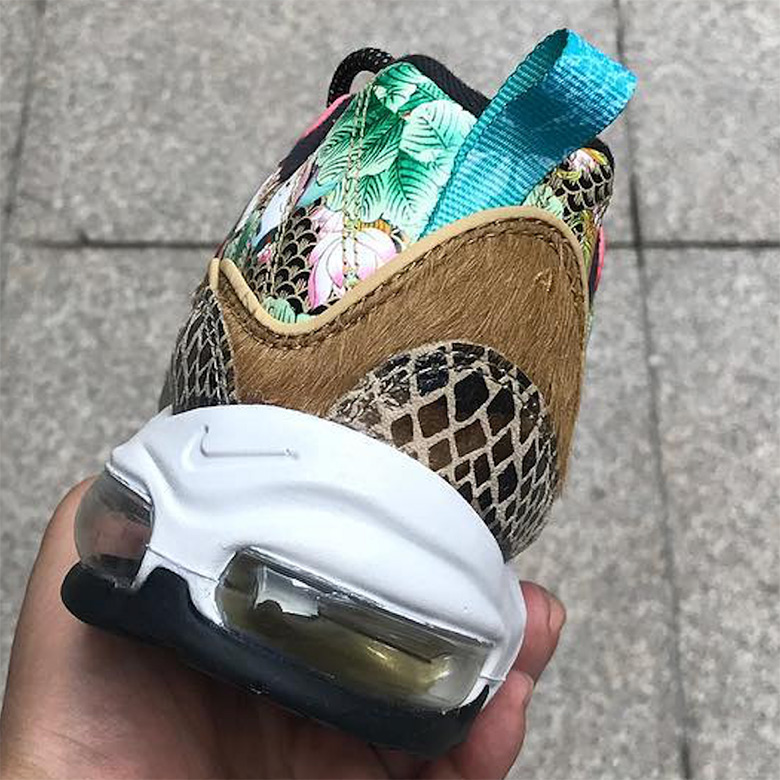 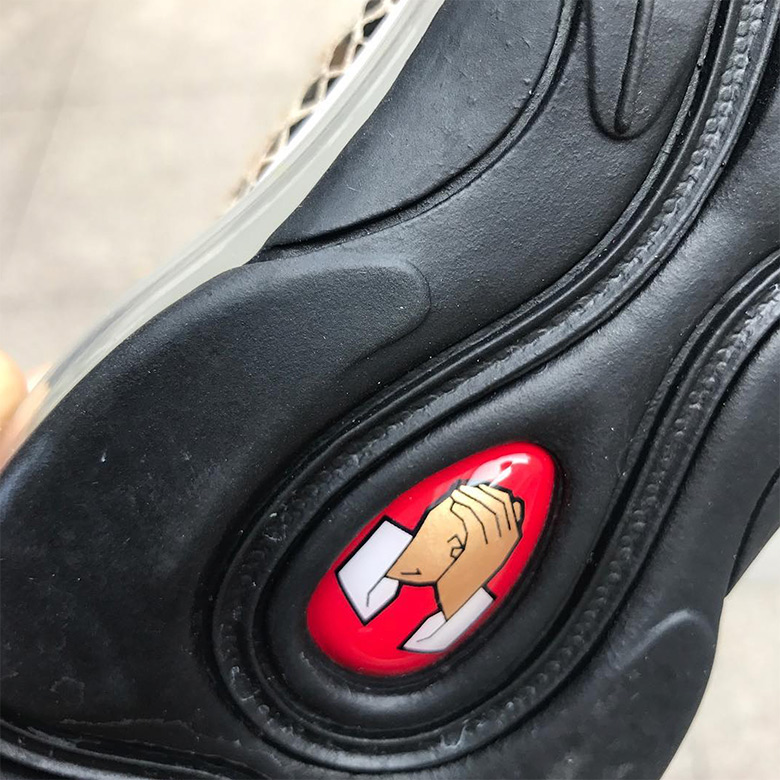