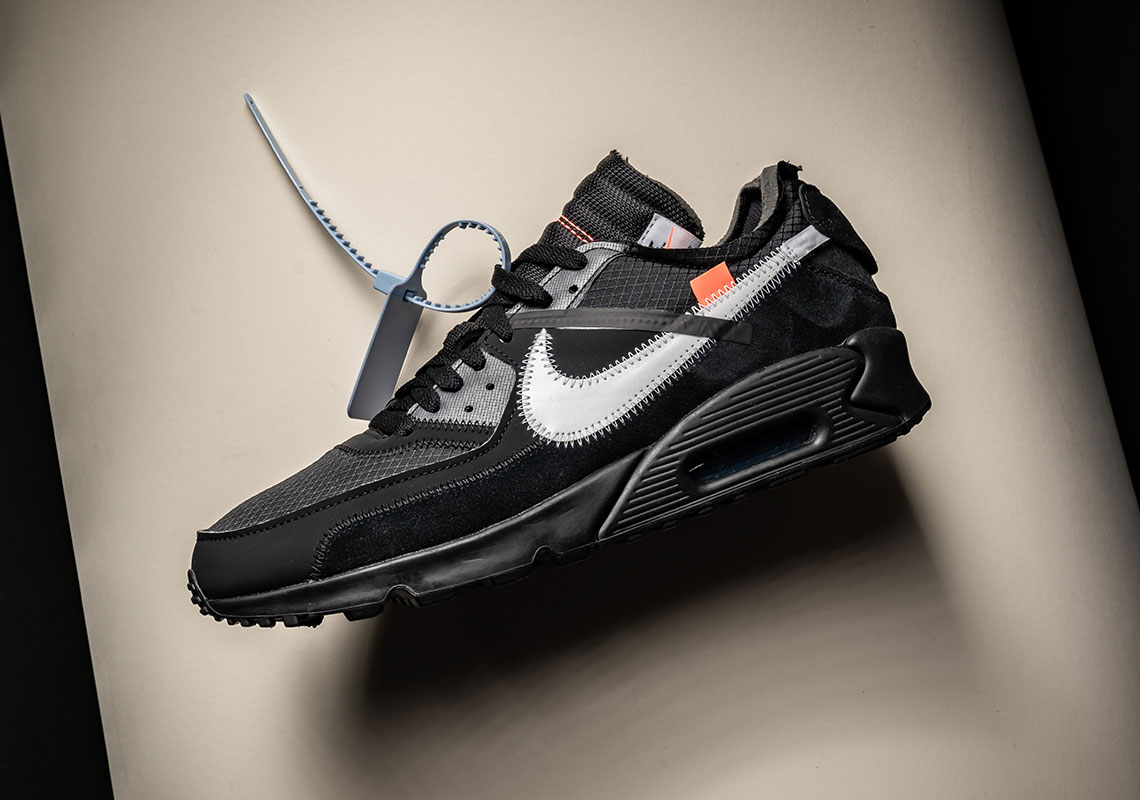 Since starting in November of 2017, “The Ten” — a collaborative partnership between Nike and Virgil Abloh‘s Off-White — has shifted sneaker culture immeasurably. Now, more than a year after the first set of drops, a black/white colorway of Abloh’s unique take on the Air Max 90 is set to hit the market in January of 2019. Using a color and material combo that’s very similar to his recently released Air Force 1s, Abloh’s newest 90s call upon a combo of suede, nubuck, and a textured synthetic ripstop all dressed in black for the upper. Special branding arrives via the large loosely stitched white Swoosh on the lateral side and standard Helvetica text on the medial side, while small pops of orange and a signature Off-White hangtag complete the look. These 90s are rumored to release January 17th, but nothing official has been confirmed yet, so that date may very well change. Another interesting side note: along with the “Desert Ore” Off-White 90s and the blue Air Force 1s, these are the last known Off-White sneakers that haven’t dropped — so stay tuned for more info on further releases from the collaborative partners as it’s available. Don’t feel like waiting till February? Grab these new AM90s from Stadium Goods now. 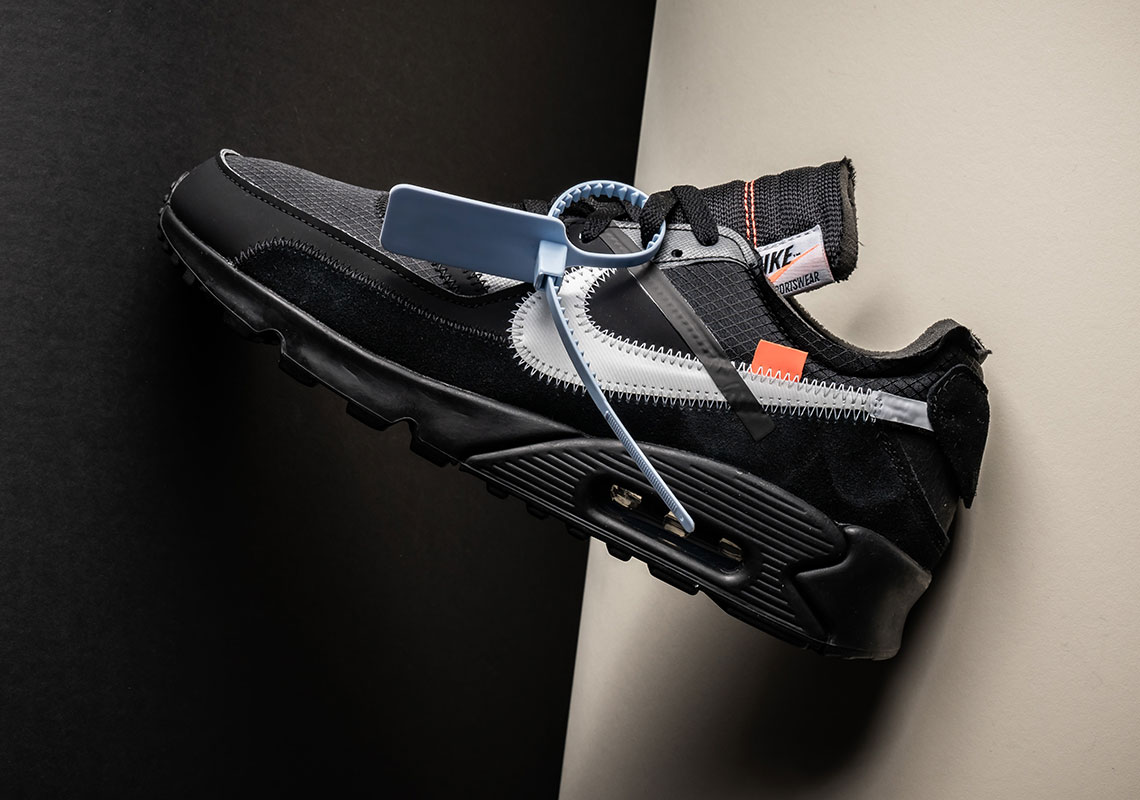 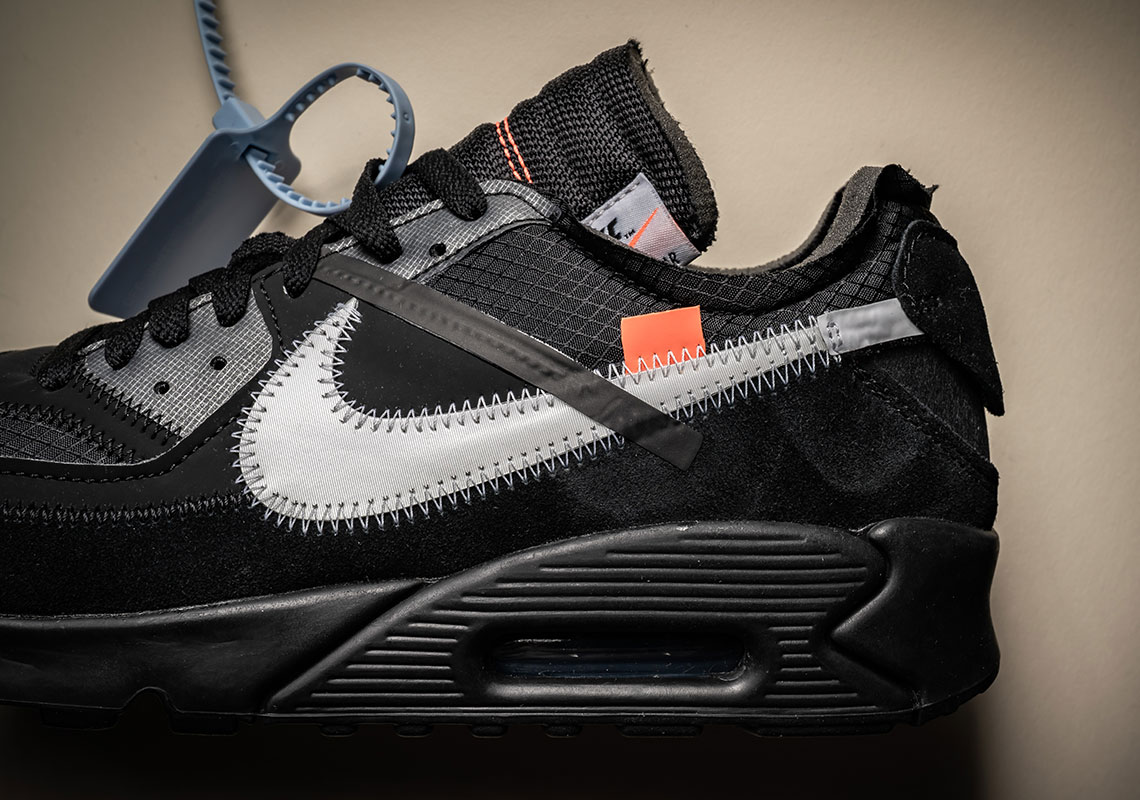 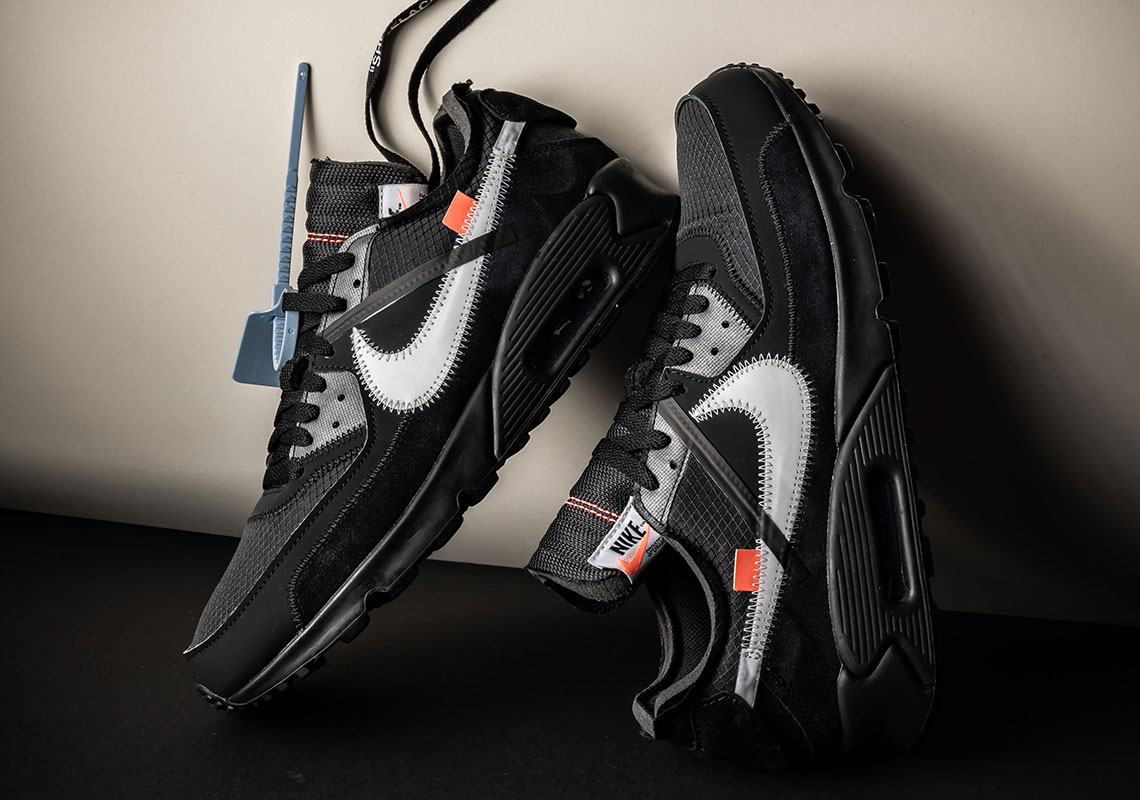 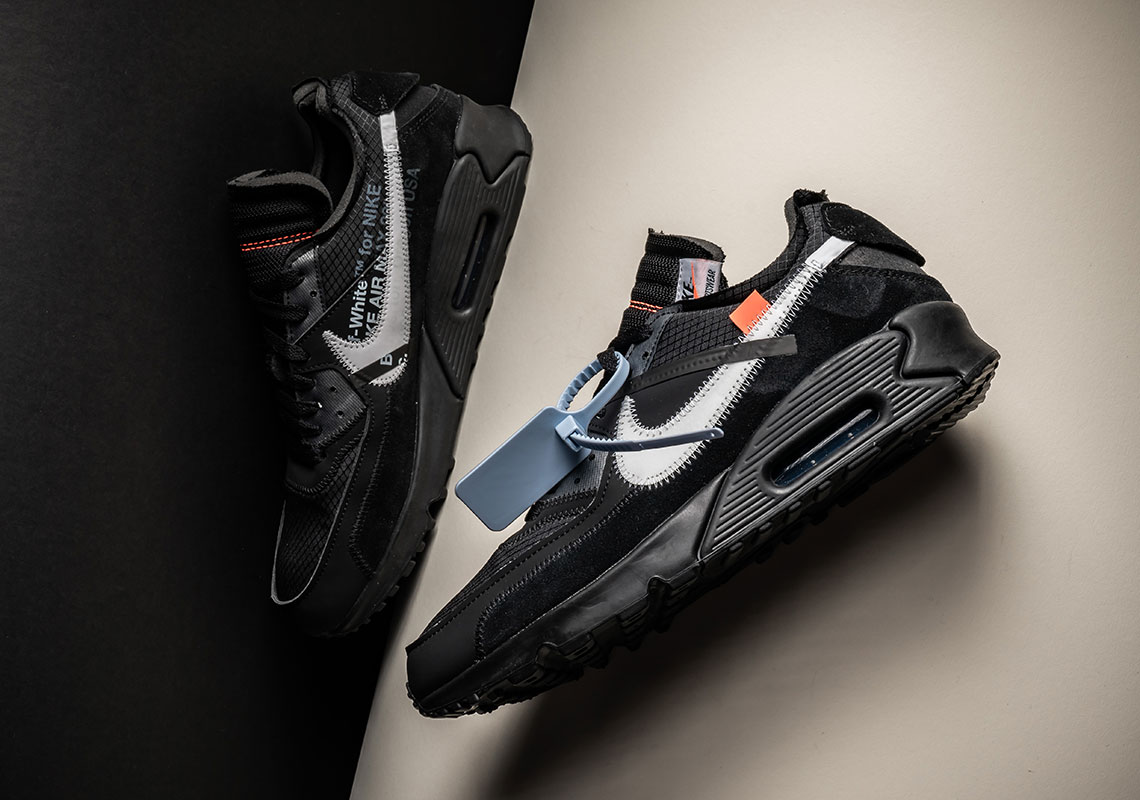