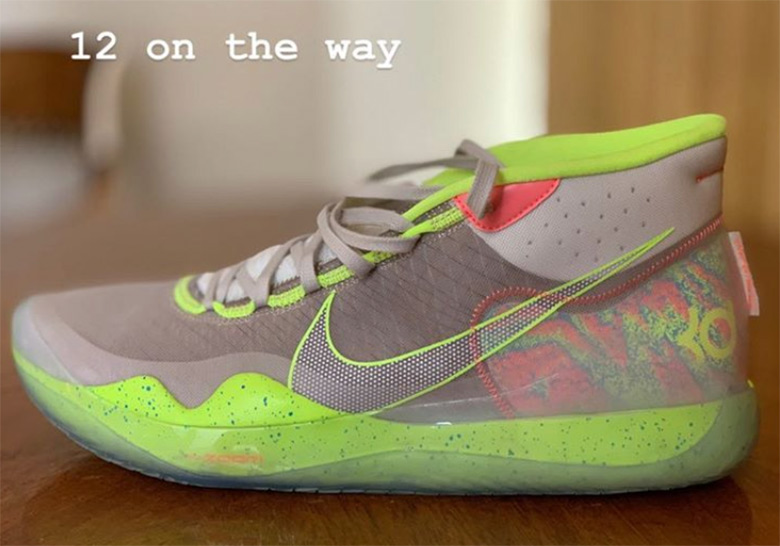 It’s clear we’re getting closer and closer to the official unveiling of the Nike KD 12, because Kevin Durant himself revealed a first look at a wild upcoming colorway of his twelfth signature shoe. The energetic vibes suggest that these could possibly by the debut “pre-heat” release of the KD12 model, while the white/black colorway that was revealed earlier this week is tentatively set to drop sometime in April. This upcoming release uses a volt, grey, and crimson base, with Nerf-esque markings on the heel counter, speckled midsoles, and the transparent upper revealing a bevy of layers as well as a free-floating Flyknit shell. Stay tuned for more on the Nike KD 12 model because KD himself may debut them soon in a game.