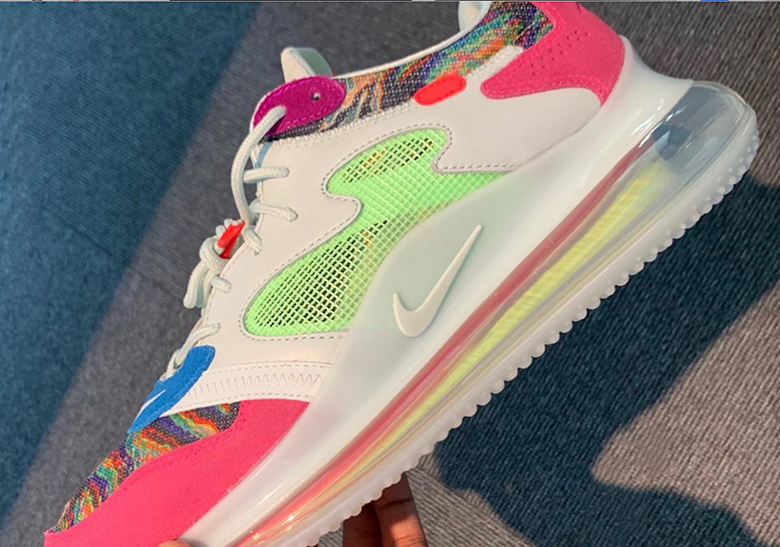 Odell Beckham Jr., despite his recent move out of the limelight in New York, is still one of Nike’s most valuable athlete assets. He’s one of the very few who can command an off-the-field signature shoe simply because his style is so distinctly unique and appealing to young fans. Previously with the Swoosh, he’s dropped some limited edition Air Force 1s, but on this momentous Air Max Day, he’s revealed on his IG stories a first look at his upcoming Air Max 720 that boasts an attention-demanding color palate that matches his loud personality. The shoes combine neon overlays, mesh detailing, trippy marbled tie-dye print, and cork insoles ensuring that no matter what angle you view them from, there’s something that’s bound to catch your eye. The party then continues on the bottom half, as a clear Air Max unit with two-tone embellishments and an alternate textured outsole then complete the unique look.

It’s not entirely clear if it’s his specific model or just his take on an existing version of the 720, so stay tuned for updates and remember – he’s already revealed a green and another red version of his Air Max 720 OBJ too. 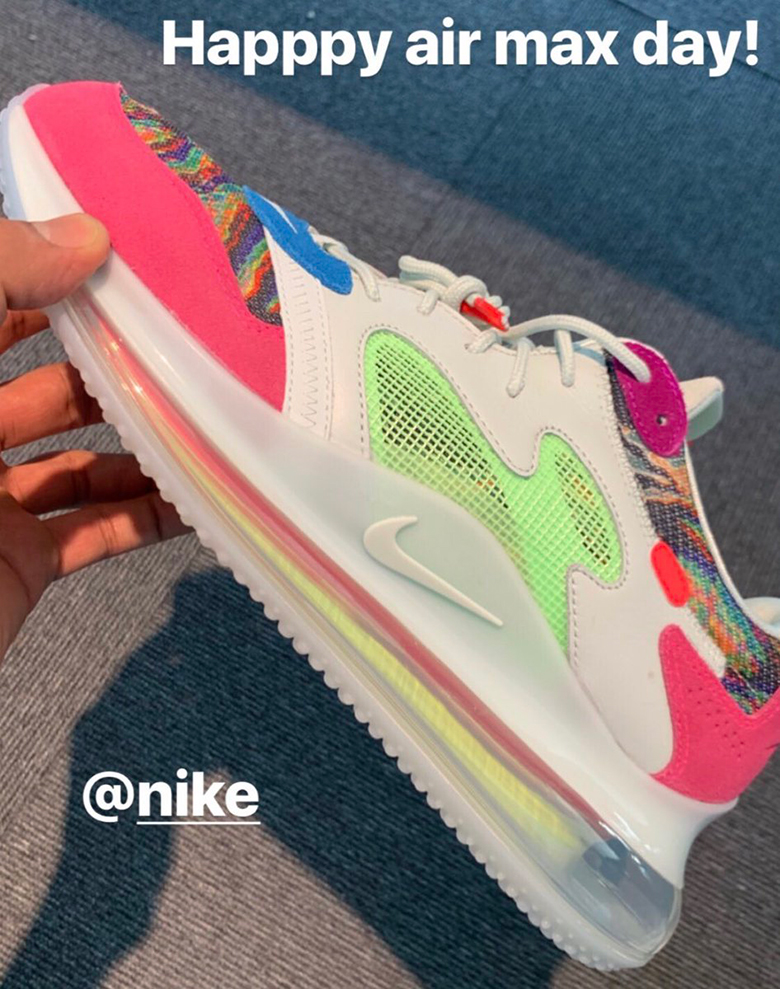 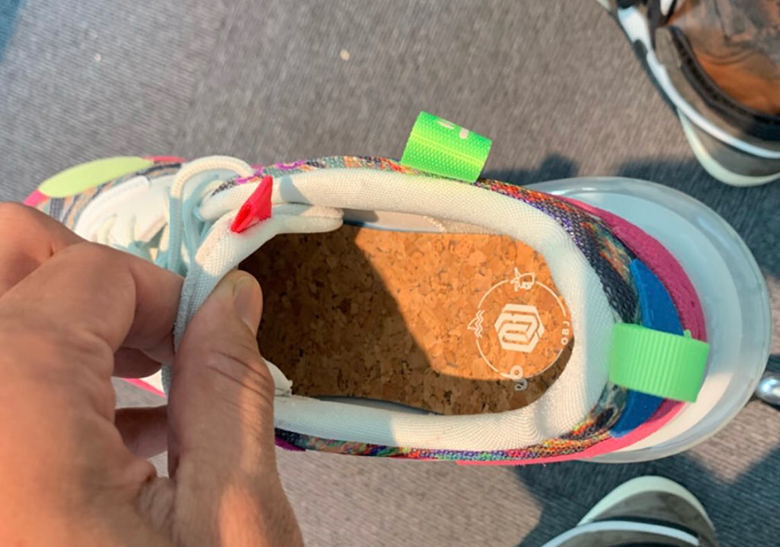 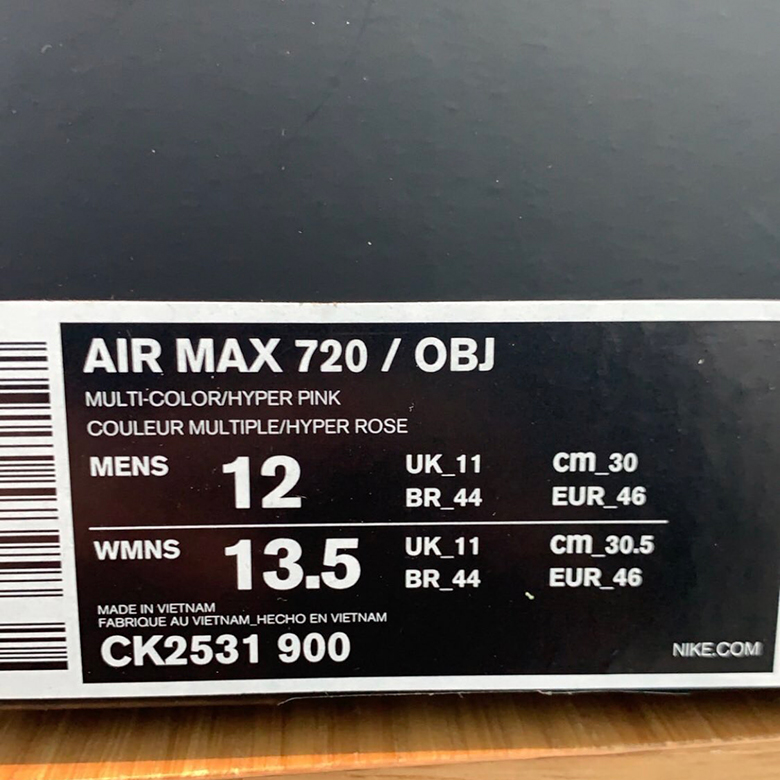