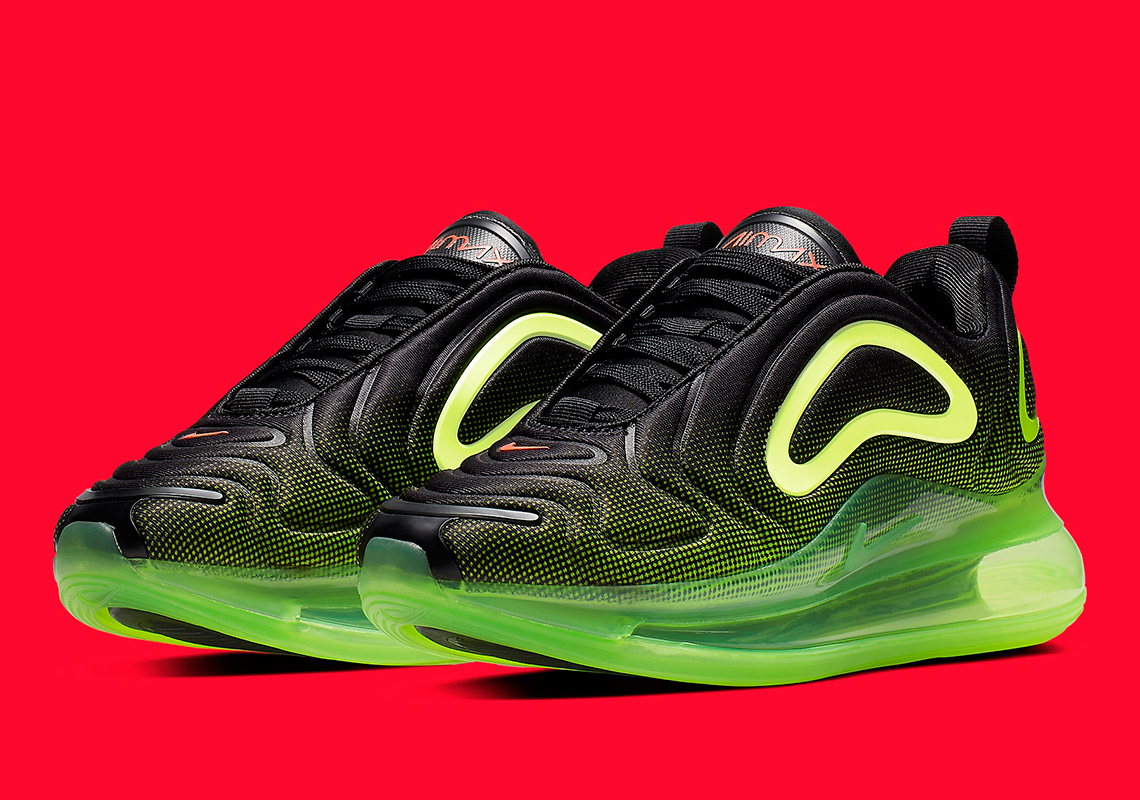 With the Air Max 720 continuing to pick up steam and receiving attention for its audacious structure as well as its boisterous color schemes, the Swoosh will continue to roll out the new model with fervor in its early life. For the next version of the 360-degree Air-equipped NSW offering, Nike is adding a unique Volt, Black, and Hyper Crimson outfit to a version just for boys. With black acting as its base, Volt is the clear hero here as it is responsible for the entirety of its semi-translucent Air unit as well as taking shape in a gradient dotted pattern that fades all the way to black as it approaches the top of the 720’s upper. While brief, Hyper Crimson packs a powerful punch on the sneaker’s Air Max and Swoosh branding on both its tongue and heel respectively. Enjoy a detailed look at this brand new colorway ahead and mark your calendars for its April 11th drop. 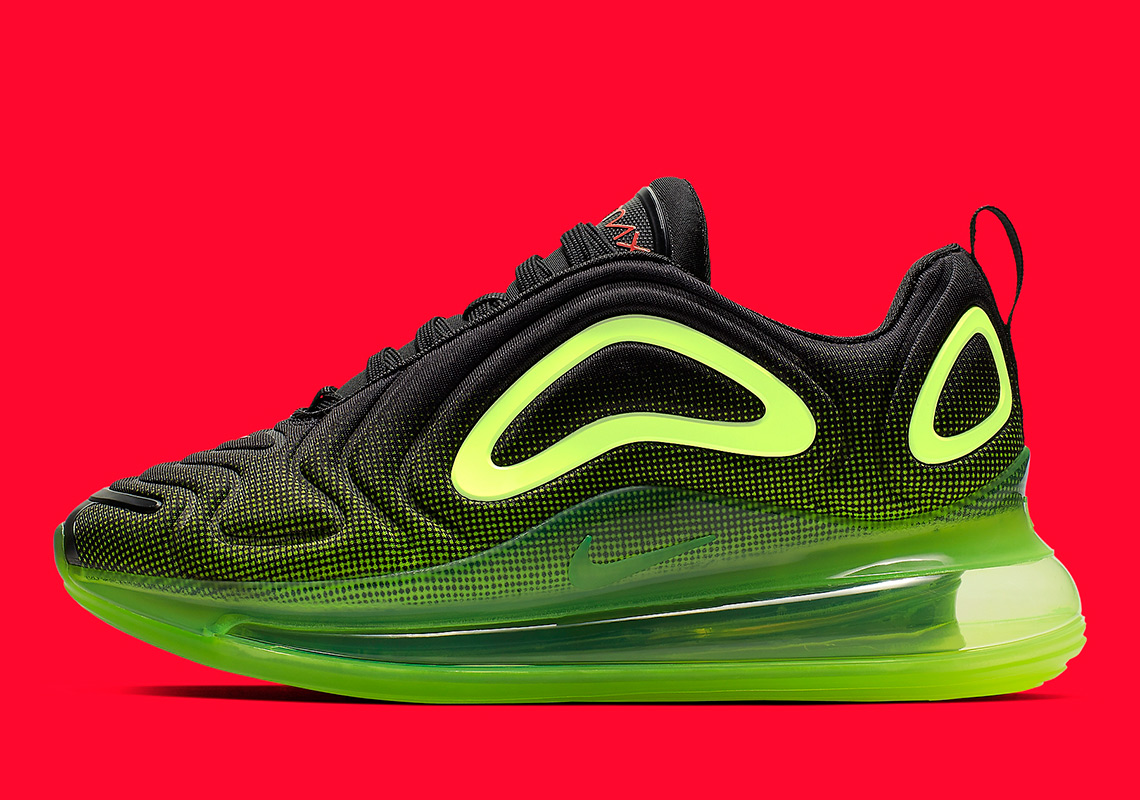 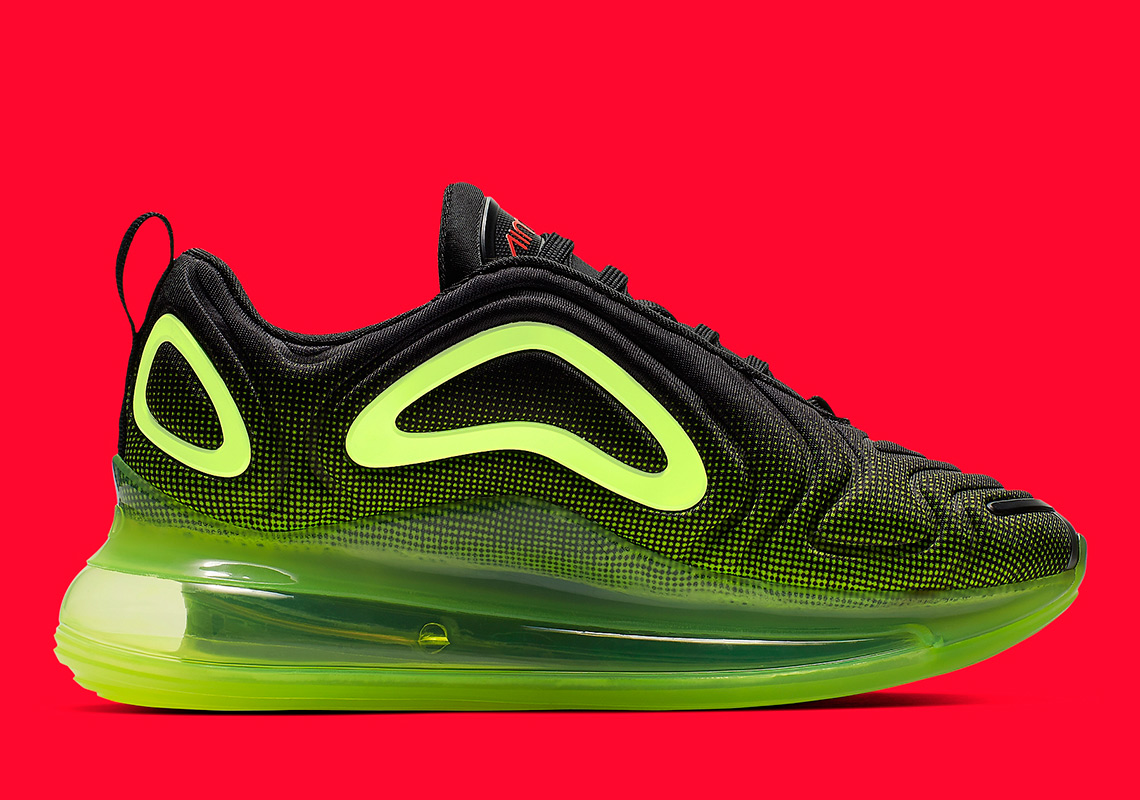 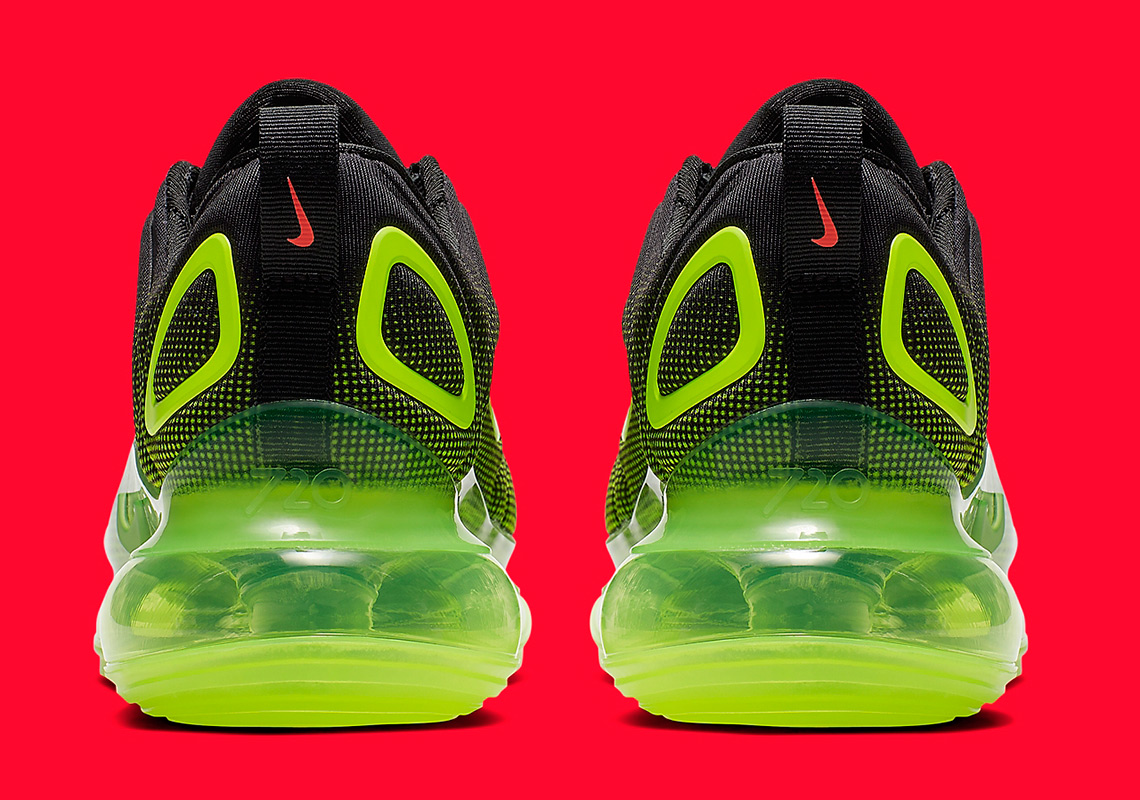