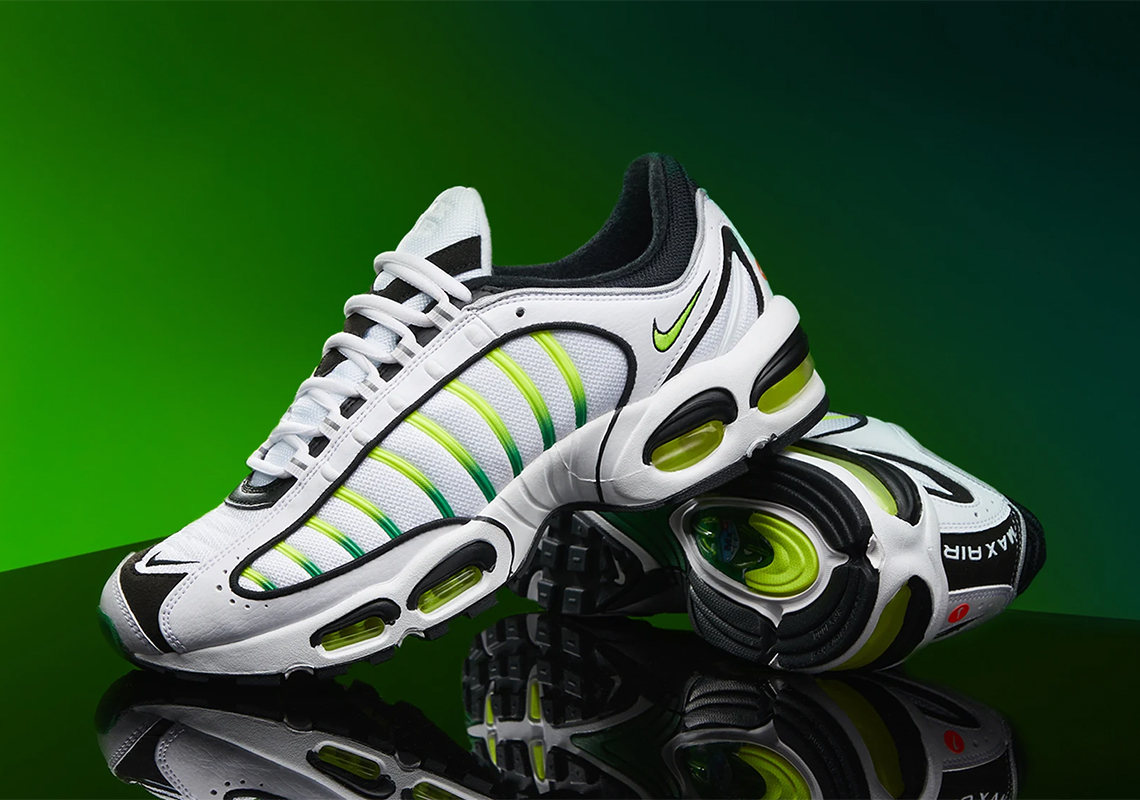 Where To Buy The Nike Air Max Tailwind IV

After first celebrating its 20th anniversary with a Supreme collaboration in March, the Nike Air Max Tailwind IV is now set to make its official in-line return to market this April, and it’ll kick things off with what may very well be its most classic colorway: “Volt.” Boasting a palette that truly amplifies the Tailwind IV’s turn-of-the-century style, invigorating volt accents are boldly presented on the quarter’s two-tone gradient overlays. They’re also dispersed across the collar’s small Swoosh, the Air Max cushioning units, and the outsole. The rest of the shoe opts for a timeless mix of black and white, with the former providing a crisp look on the base/overlay, while the latter is mainly used for trim/accents, appearing on the tongue’s signature eyeliner detail, over the Air Max units, and around the borders of each piece on the upper. Era-specific “Max Air” hits then complete the branding. These right-before-Y2K-runners will roll out on April 25th for $160 USD, so check out a retailer list below to see where you can secure a pair. 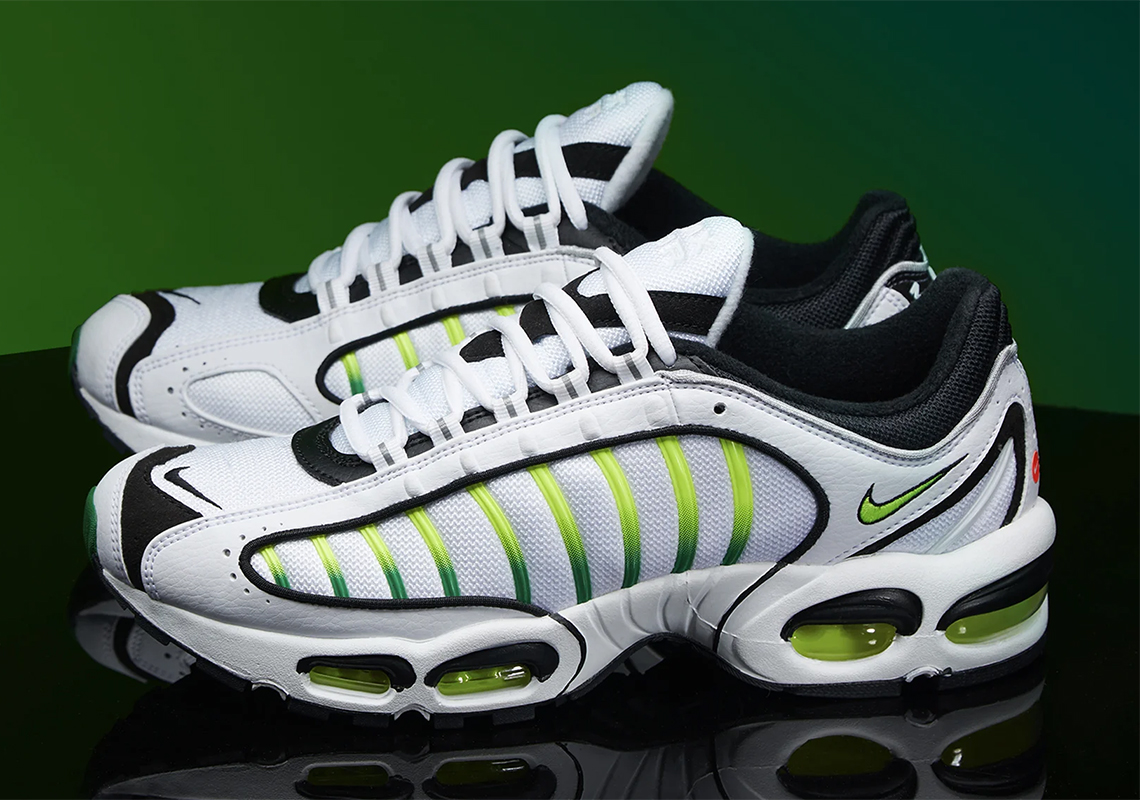 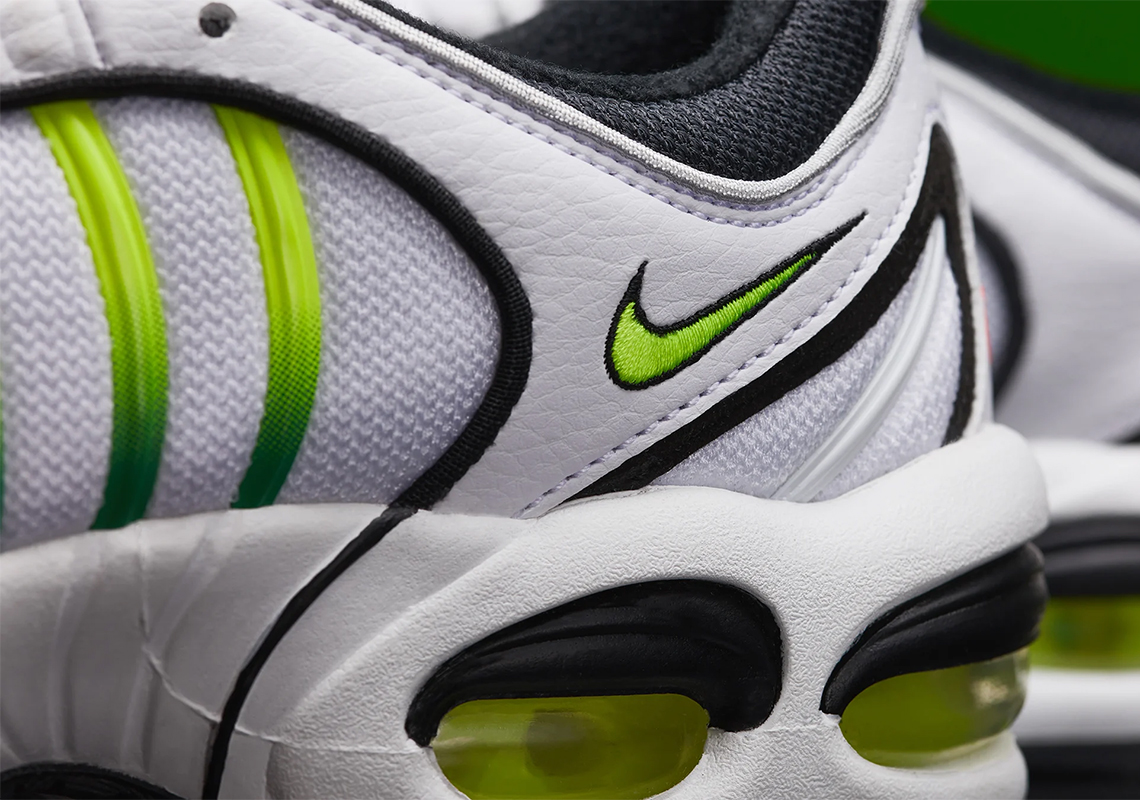 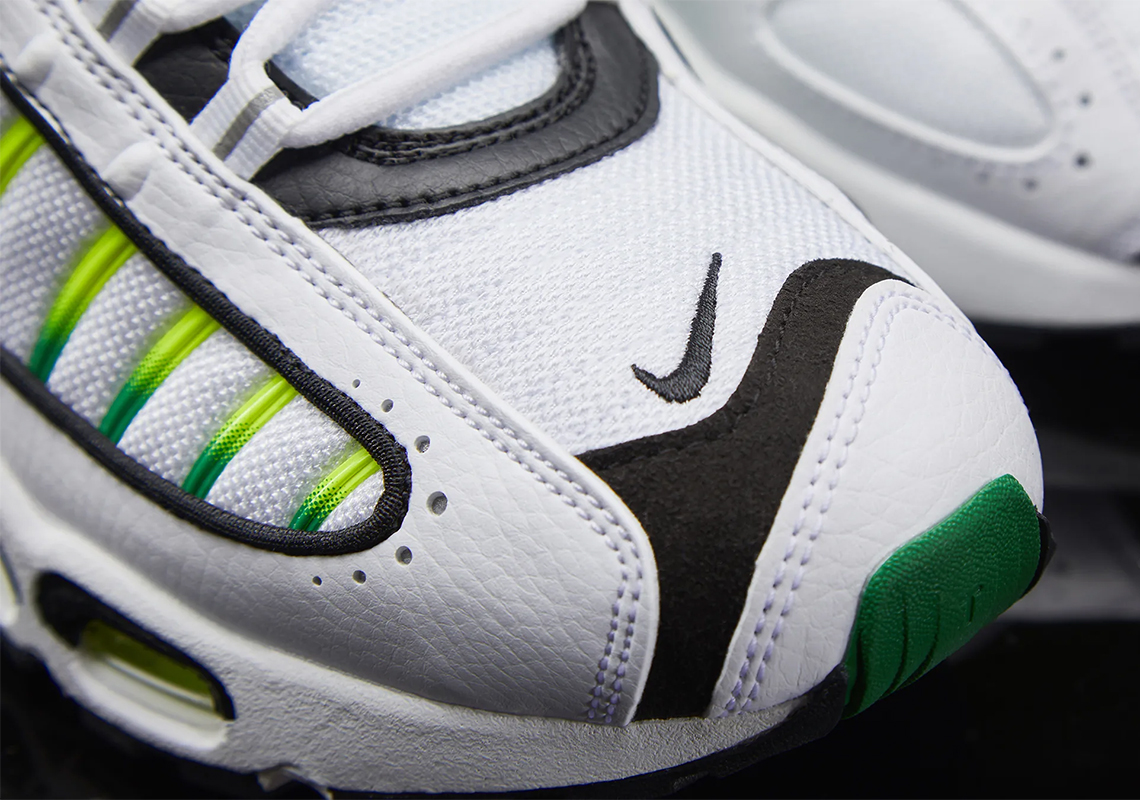 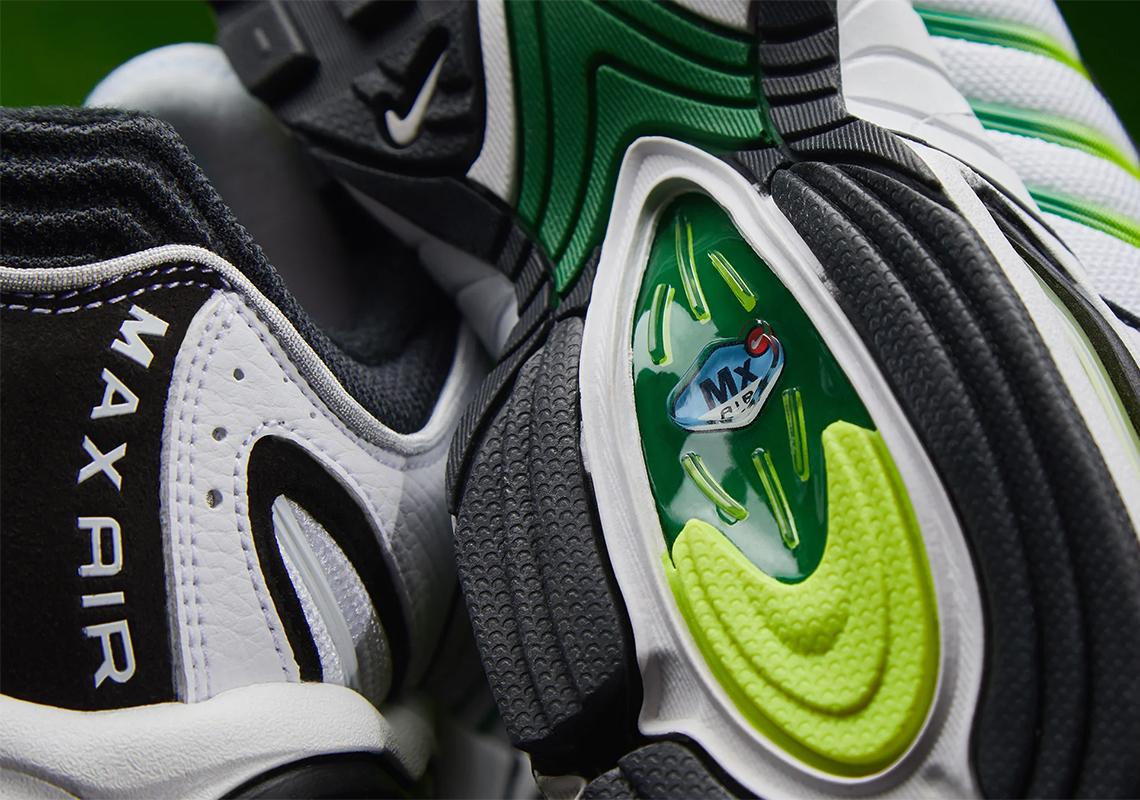 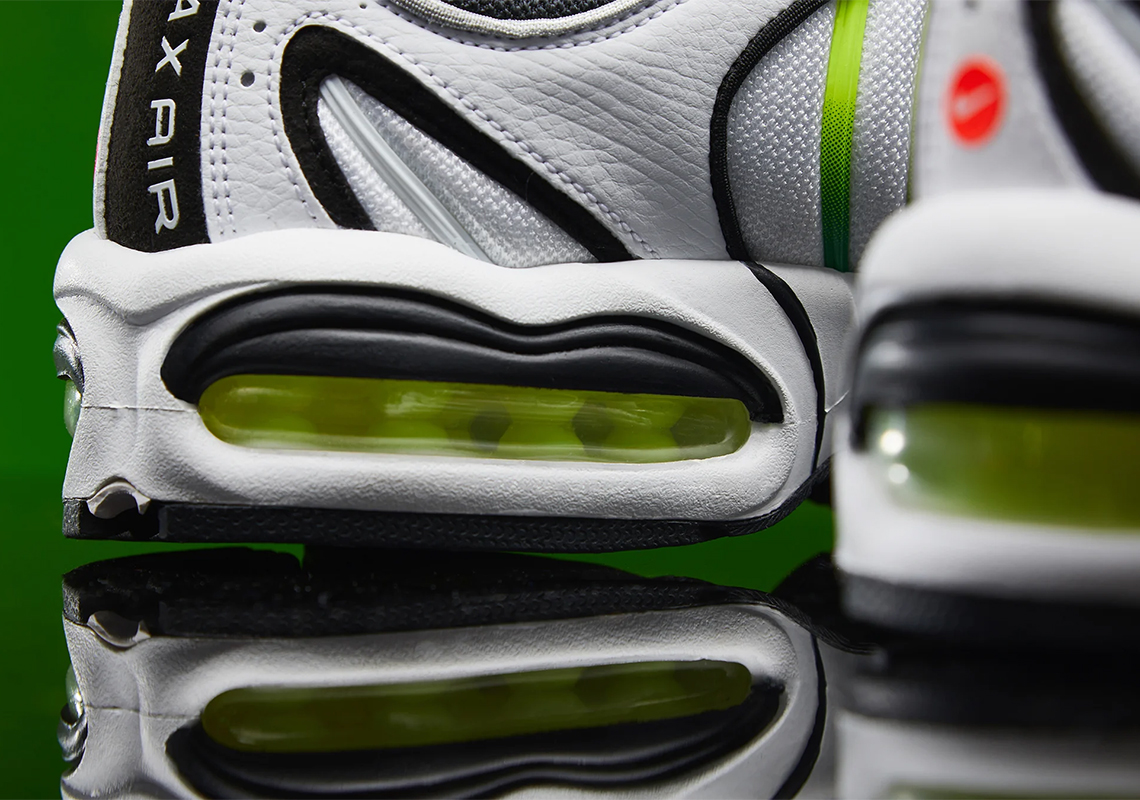 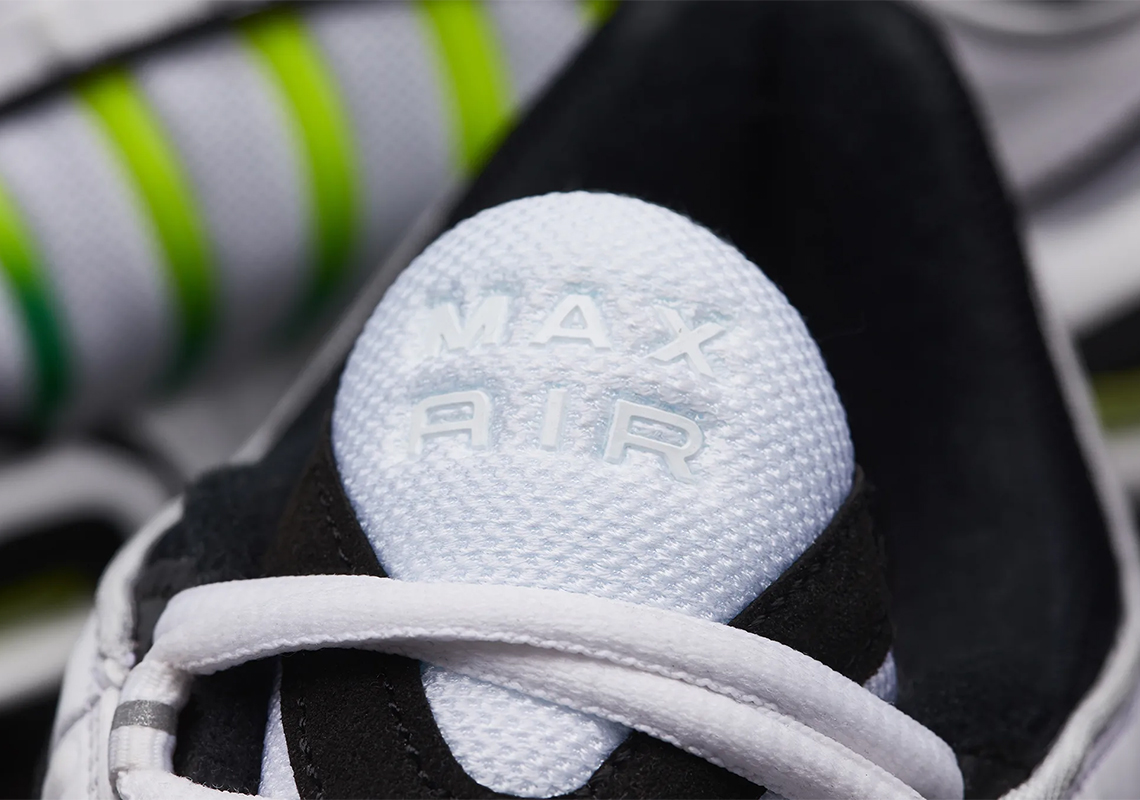