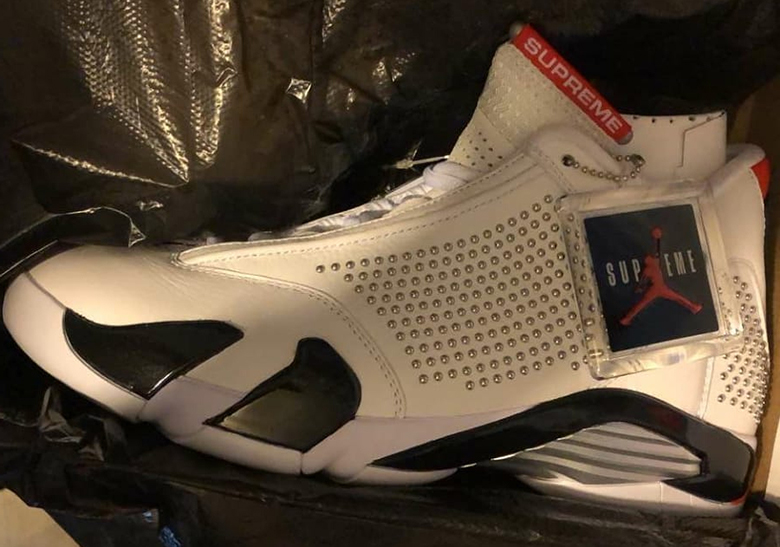 The Air Jordan 14 is set to make its 2019 debut in resounding fashion: via a collaboration with Supreme. After news of the co-branded release recently broke, we now have a first look at the NY-based brand’s take on the last shoe Michael Jordan ever wore as a member of the Chicago Bulls, and they’ve opted to give it a healthy dose of alternate flair via bold silver studs. Apart from the striking textured embellishment, the shoes are somewhat straightforward, using a white and black color scheme with small pops of red on both the tongue and heel. Supreme branding adorns the very top of the tongue and also appears on the modified hangtag, while a final dash of silver on the midsole completes the look. Serving as Supreme’s second Air Jordan collaboration after 2015’s three-pack of Air Jordan 5s, these AJ14s will likely release later this year alongside a yet-unseen second colorway. Enjoy a first look right here and stay tuned for more info as it’s available.