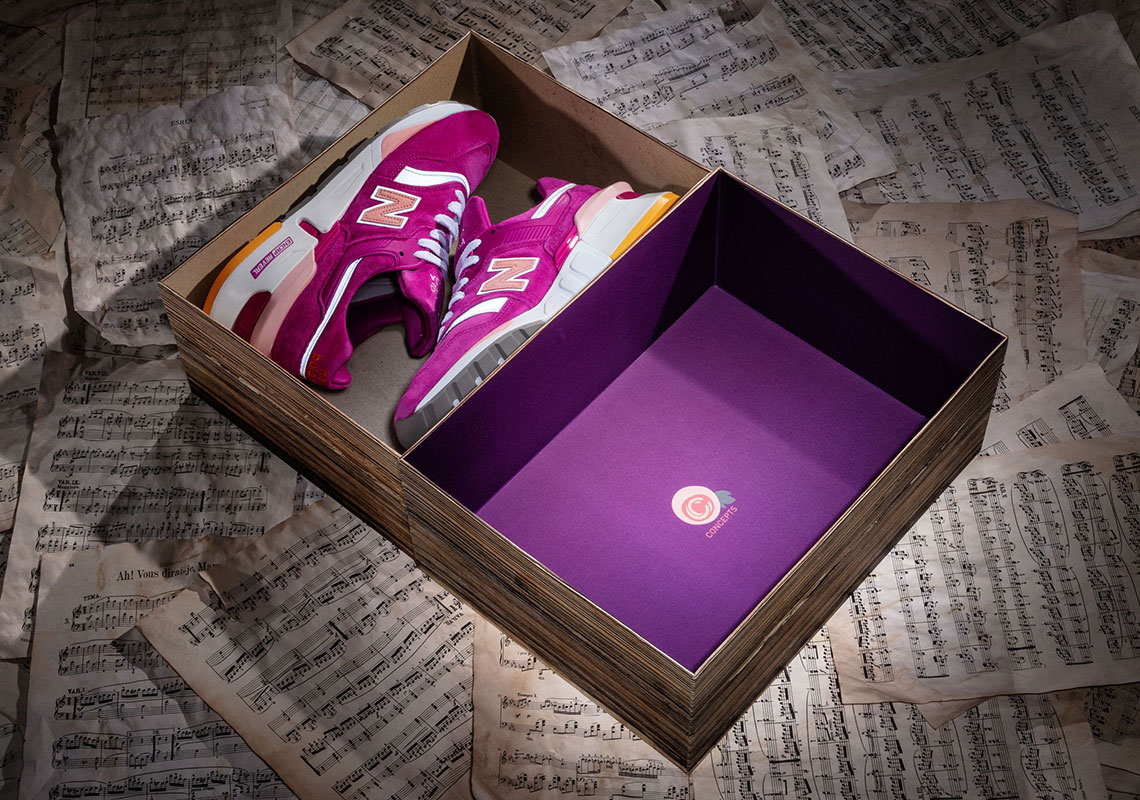 When Red Sox owner Harry Frazee sold Babe Ruth to the New York Yankees in 1919 — reportedly to fund his Broadway ventures — it cast a pall upon Boston’s beloved baseball team, and begun the fabled “Curse Of The Bambino,” which superstitions Sox fans believed kept their team from winning a World Series until 2004. Now, Concepts and New Balance are paying homage to the infamous trade/sale/monumental blunder with a brand-new New Balance 997s titled the “Esruc,” (curse spelled backwards)a fitting project as Concepts was founded in Boston and also has a store in New York.

The collaborative effort was recently announced via a clever animated video on the Concepts Instagram that shows the key points of the story behind the sneaker. The design feature a luxurious pigskin suede upper, and is dressed in a regal purple, pink, and gold color scheme with reflective detailing. The retooled midsole sheds weight but retains comfort thanks to ENCAP tech, and everything’s finalized by co-branded insoles, a unique box, and extra sets of laces. The design may also look familiar to keen-eyed fans, as creative director Deon Point teased them on his personal IG this January. You can expect the “Esruc” to release on Friday, June 28th exclusively at Patta London for $200 USD, so check out a set of images/the aforementioned clip below, and stay tuned for info on a potential stateside arrival as well. 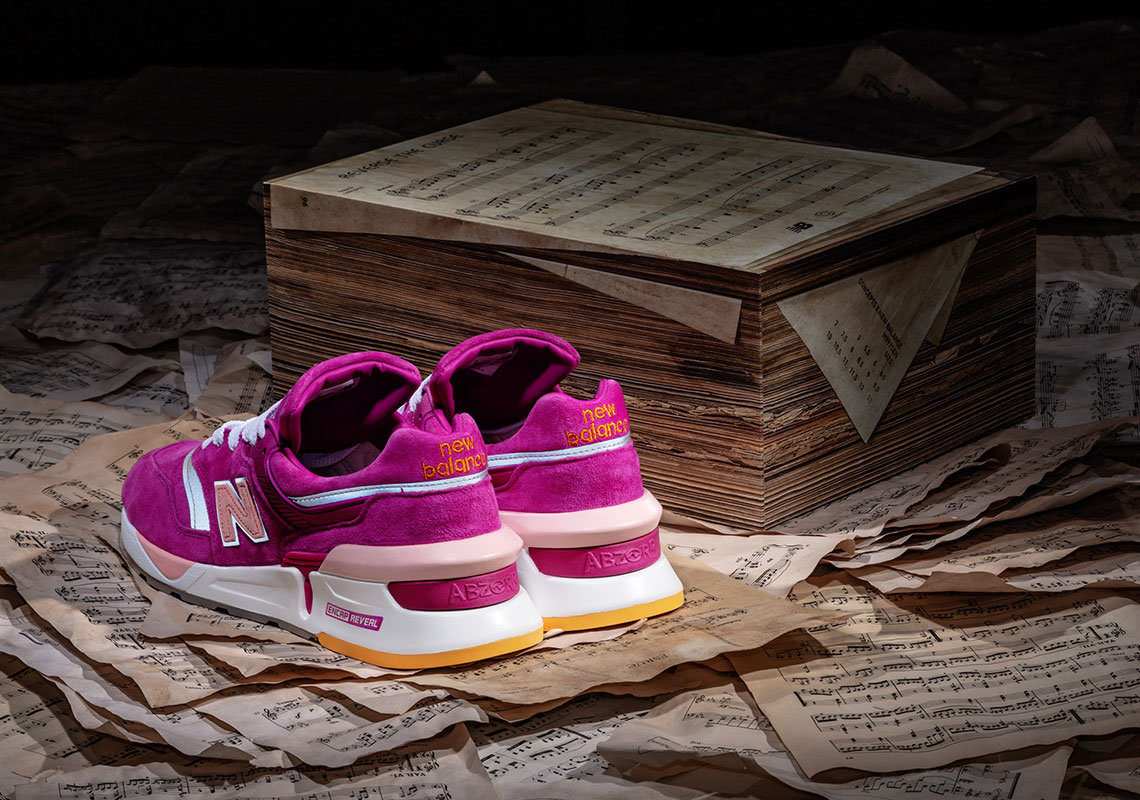 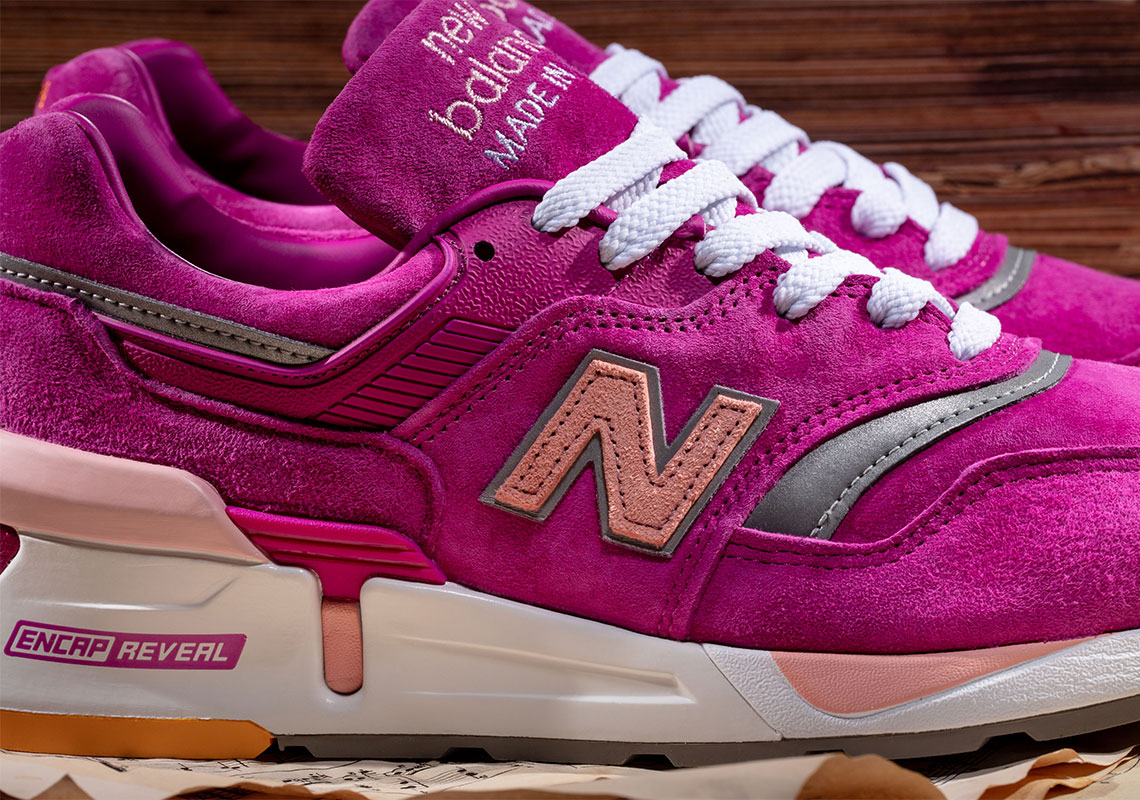 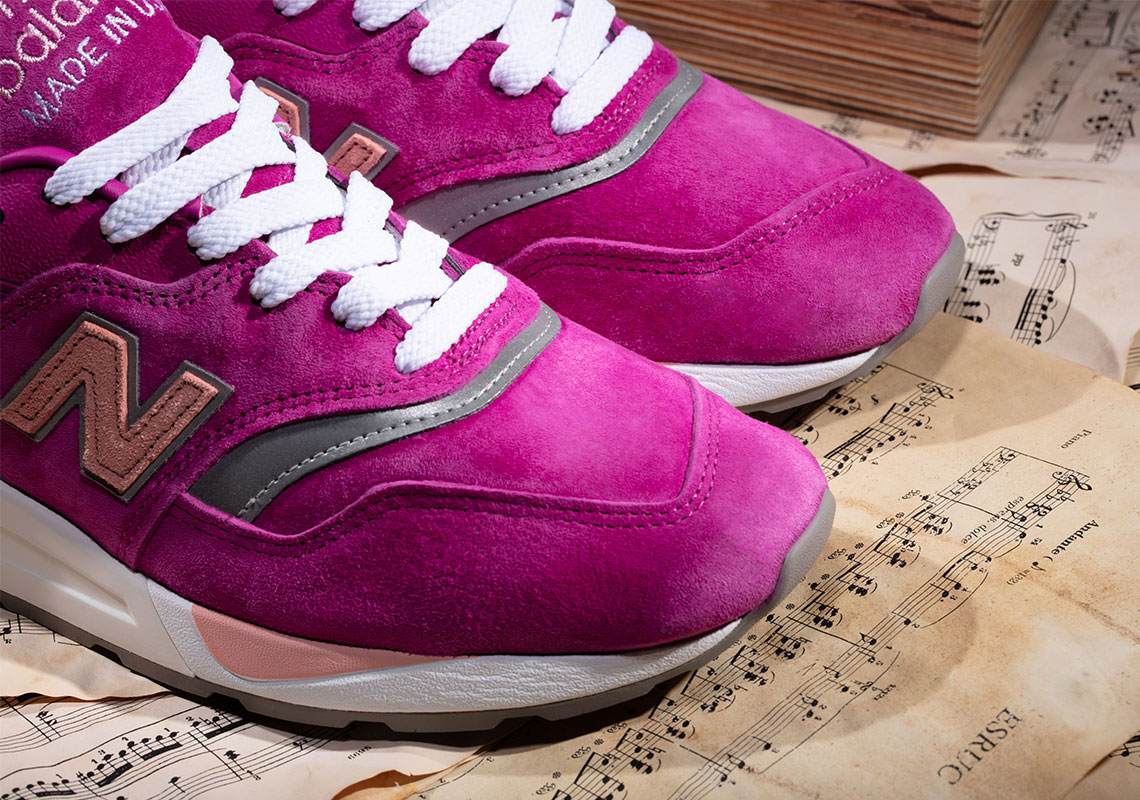