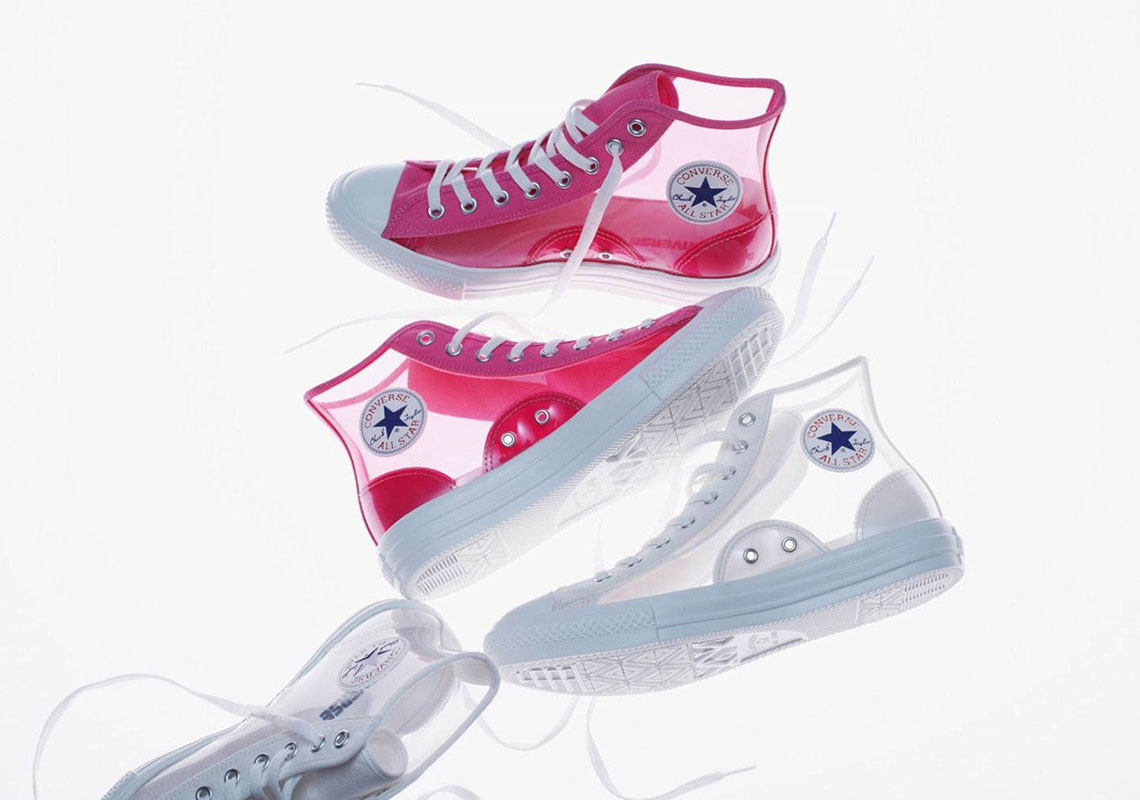 Translucent uppers have always had a lasting impact on those who still remember their heyday oh-so-many years back, but in recent times, the inventive tooling has made a widely surprising resurgence thanks to pairs like the elusive Comme des Garcons Dunk and of course the coveted Off-White x Converse Chuck 70. While the latter is worth the prettiest of pennies today, the Boston-based label’s Japanese branch is giving you quite possibly the best consolation dubbed the Chuck Taylor All Star Light. Arriving in two sets — one a more standard white and the other a burning hot pink — the alluring package is one simplistic in all regards as it retains the likeness of their classic cap toe high-top with every feature except for the fabrication left largely the same. Sole units, however, have removed the contrast foxing stripe and prefer a more minimal heel logo, but from the eyestay to the lateral patch, they are true to form. Grab a detailed look at their see-through glory right below and find them hitting overseas channels later in July. 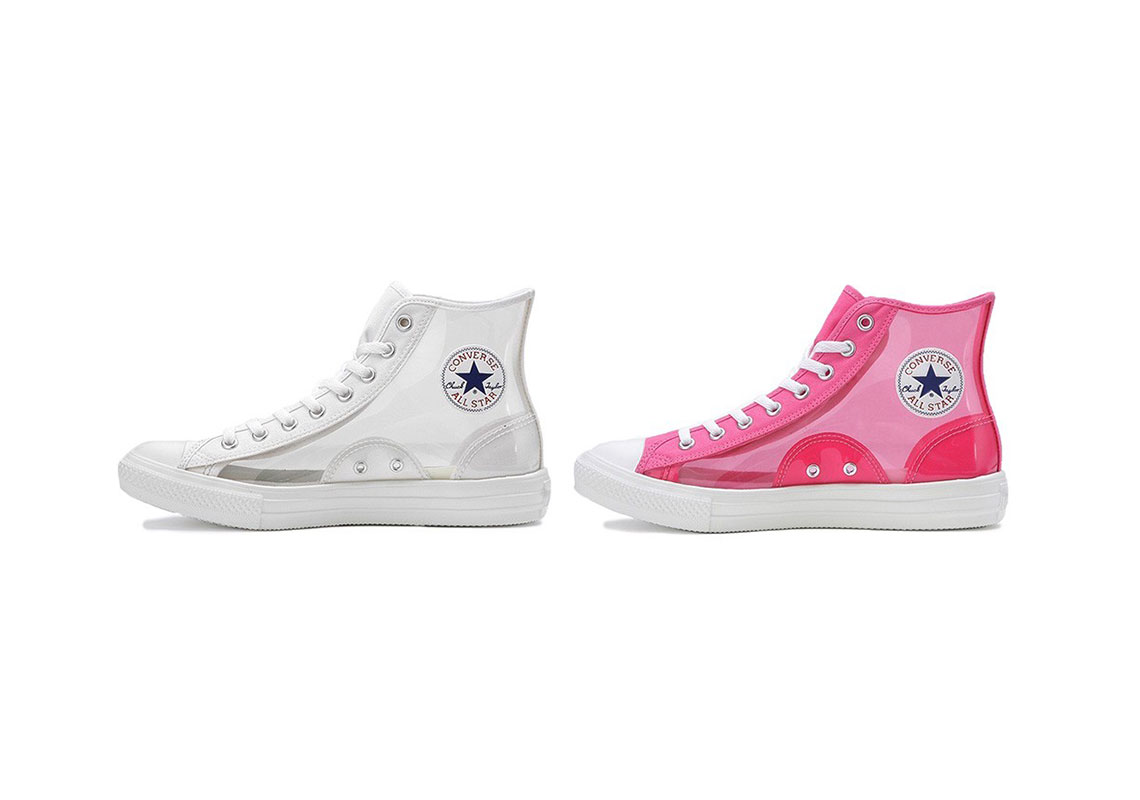