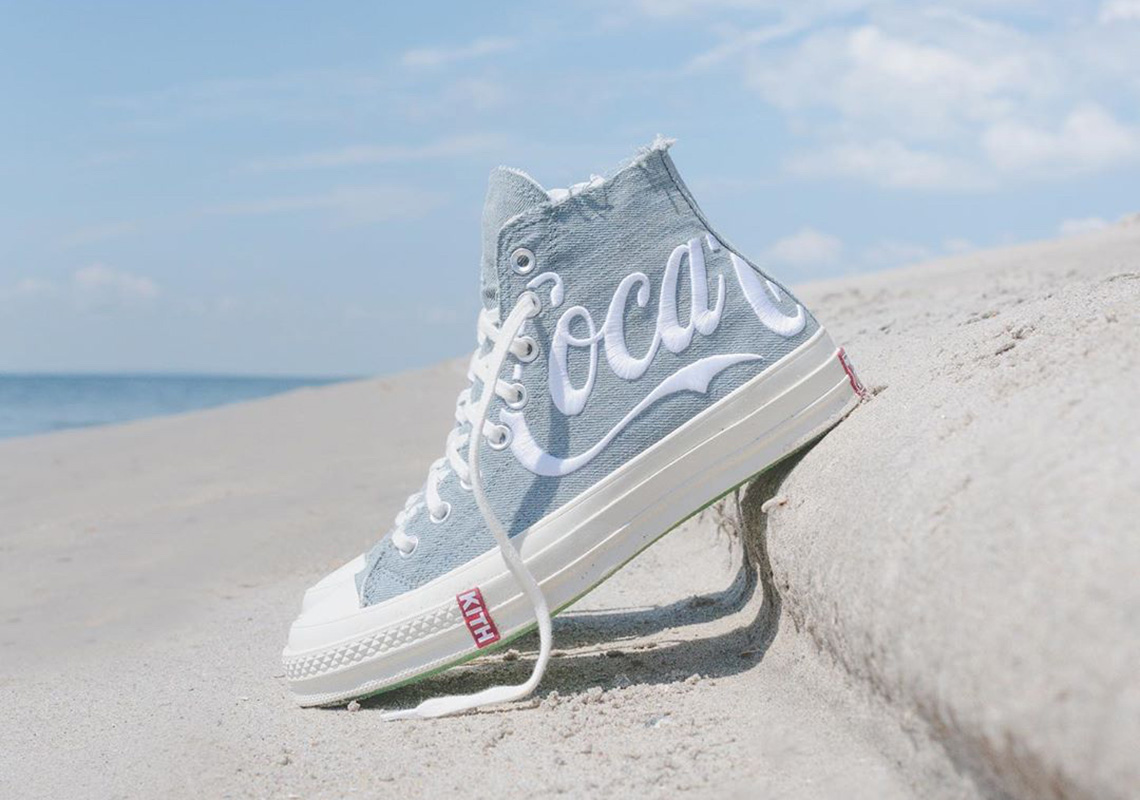 A year of sneaker throwbacks through and through, it seems that Ronnie Fieg wants to remind the world of his design chops with the strengths of his Coca-Cola collaborations coming back in a big way. While once a Friends & Family edition — in quantities so limited they’re near impossible to find — the KITH head is readied to revive the denim-made Converse Chuck 70 after two years in the dark. Teased by @ronniefieg himself, the pair is untouched from its original counterpart with accents boasting the same elements from its exclusive debut. Midsoles, with raised foxing and all, are removed of their contrast black stripes while red box logo detailing line the forefoot edge with “KITH” and the heel with the standard 1970s stamp. Grey denim twill appears smooth with no contrast weft throughout its entire construction, though the edges at the top line arrive slightly frayed for a note of signature distressing. Embroidered “COCACOLA” bolds emblazons from the lateral to the medial, leading to a patch that references old-timey branding.

Grab a peek at the pair right here, and though there’s no word on its official release, expect an early drop of their latest collaborative collection to hit KITH’s Honolulu pop-up come August 2nd with a wider release occurring (likely at all KITH retail locations) just one week later.