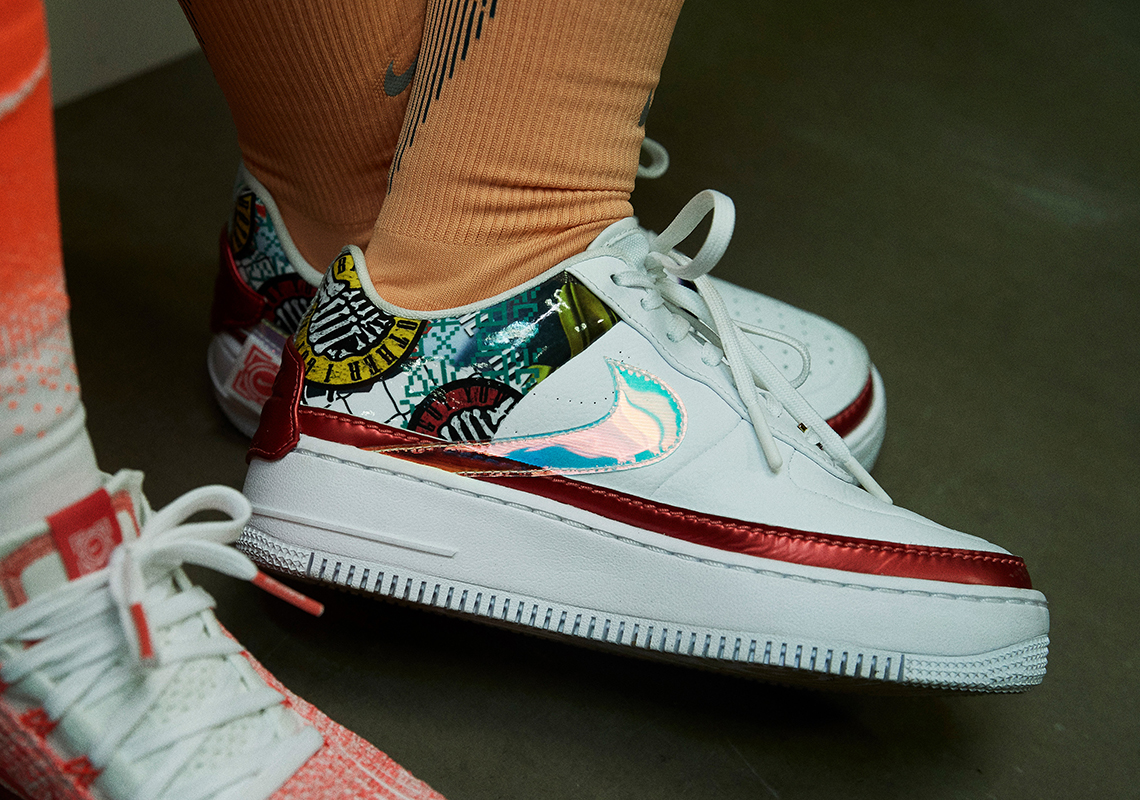 Recalling the heyday of basketball culture in China, Nike’s latest expanse of a collection takes on nostalgia once again though in eight different parts. Dubbed the “China Hoop Dreams” pack, each pair aligns in its appreciation for the Eastern country’s own love of the sport, with runners as well as its iconic silhouettes joining in through distinctly unique toolings.

Despite seemingly being out of place, the two Vapormax Flyknit 3s strongly fit within the vibrant palettes: a dark knit with red accents creates a look ever-aggressive while the much lighter iteration sports the reverse with bright white threads replacing the darker tint and bubbles swapping out for the bold warm tone. Benassi JDI slides dose in a much more casual, in-between element to the overall collection, adding in similar presentations to the duo of Air Force 1 Lows.

Seeing its standard design and Jester XX modifications — along with a divergent high-top — the Black-dressed pair and wild recreation don connecting collage prints across their entire heel counter: these feature graffiti stylings and retro imagery in a form that affectionately calls to the 2000s. Its higher sibling is much more simple despite its mismatched motif, with red or black colored soles and straps outfitting a white leather of scratched distressing. Air Flightposites are more true to themselves with armored silver uppers and shiny black top lines, while bottoms tack on color in its gradient of deep purple to light blue. More imaginative than the rest, the Shox BB4 emblazons with a mosaic of the nighttime cityscape along its profile with saturated grape tones and matte nubucks ensuring a fair bit of balance.

The apparel pack as well as half the footwear range — namely the Air Force 1 Low, Air Force 1 Jester XX, VaporMax Flyknit 3, and the Benassi JDI Slide — will begin to release throughout Greater China on August 8th. A follow-up drop including the Shox BB4, Air Flightposite, and Air Force 1 High will then go down on August 31st. 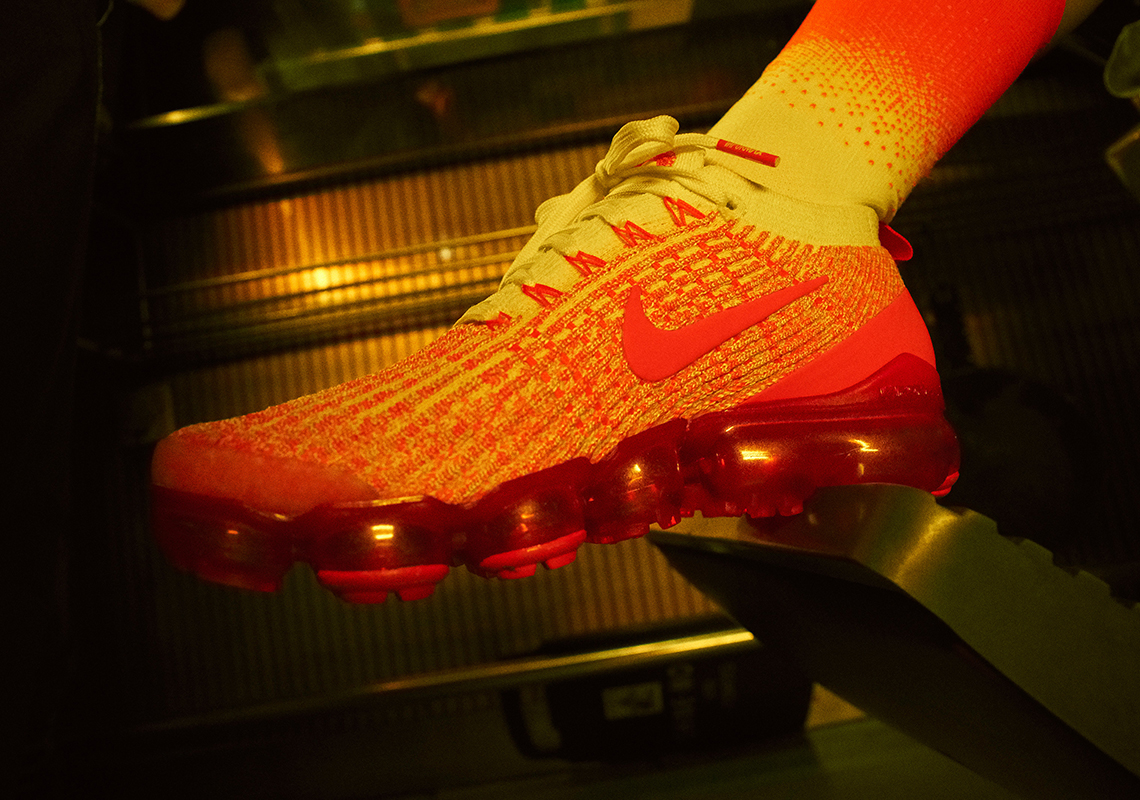 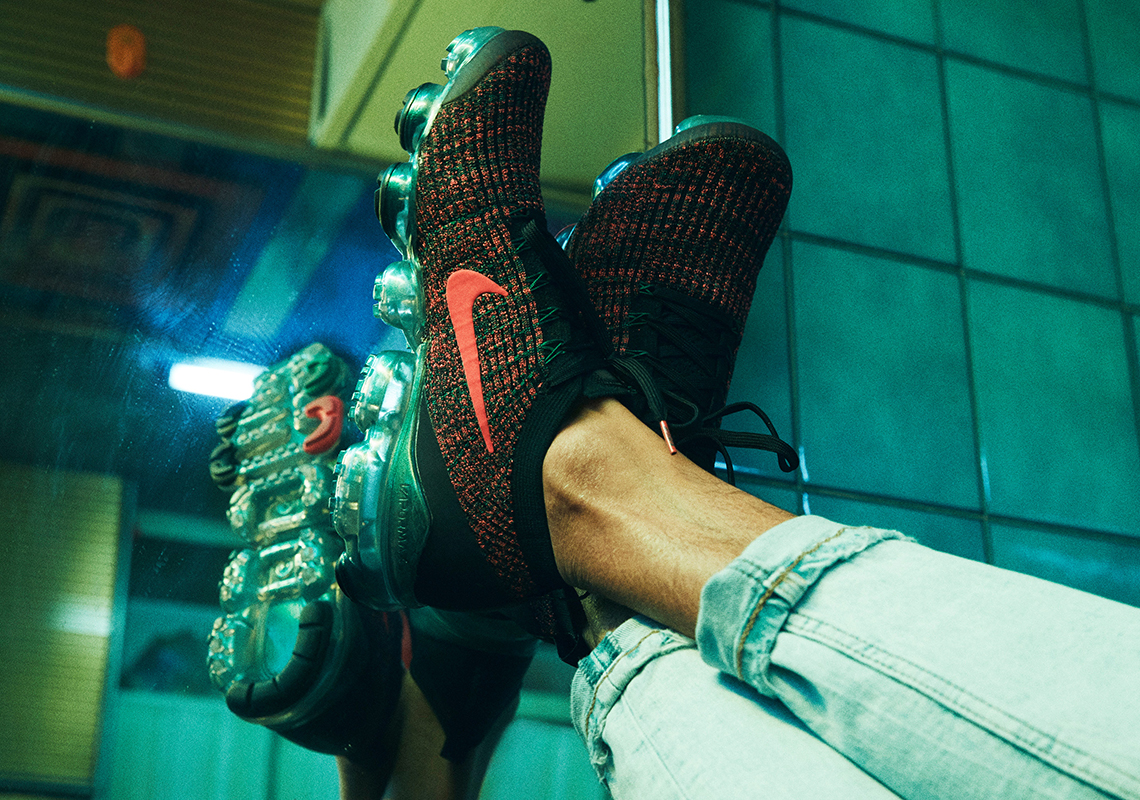 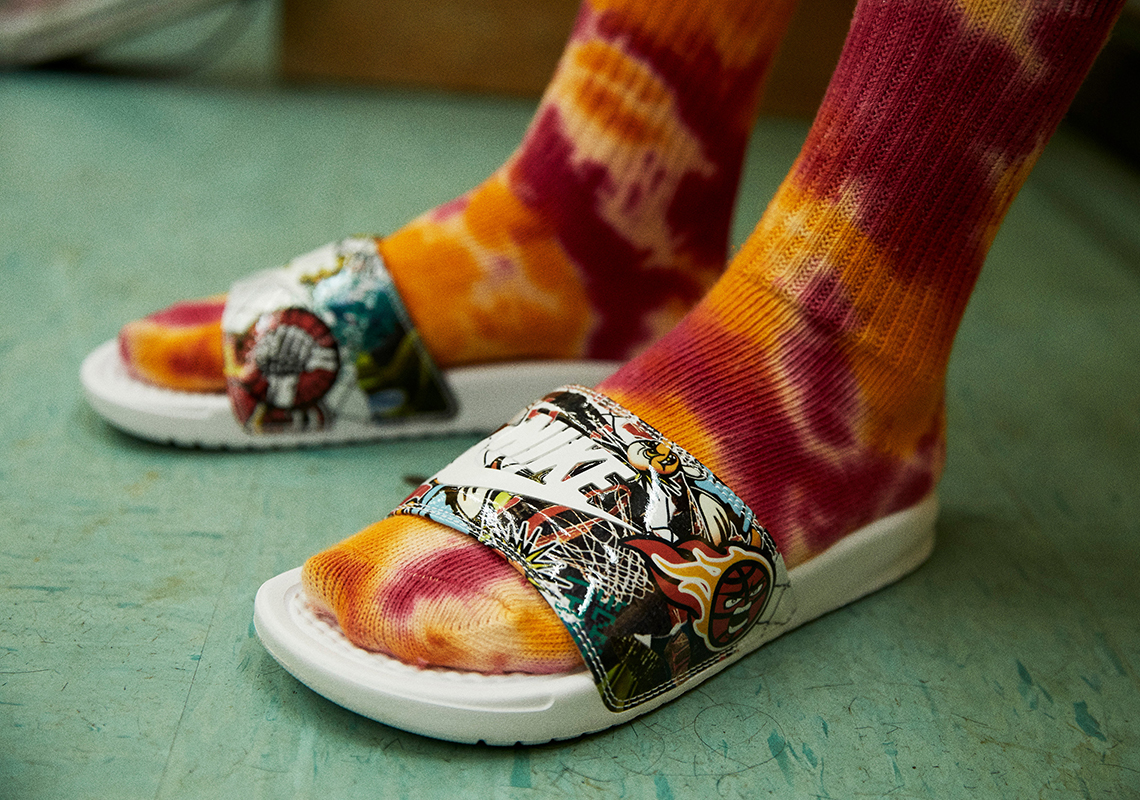 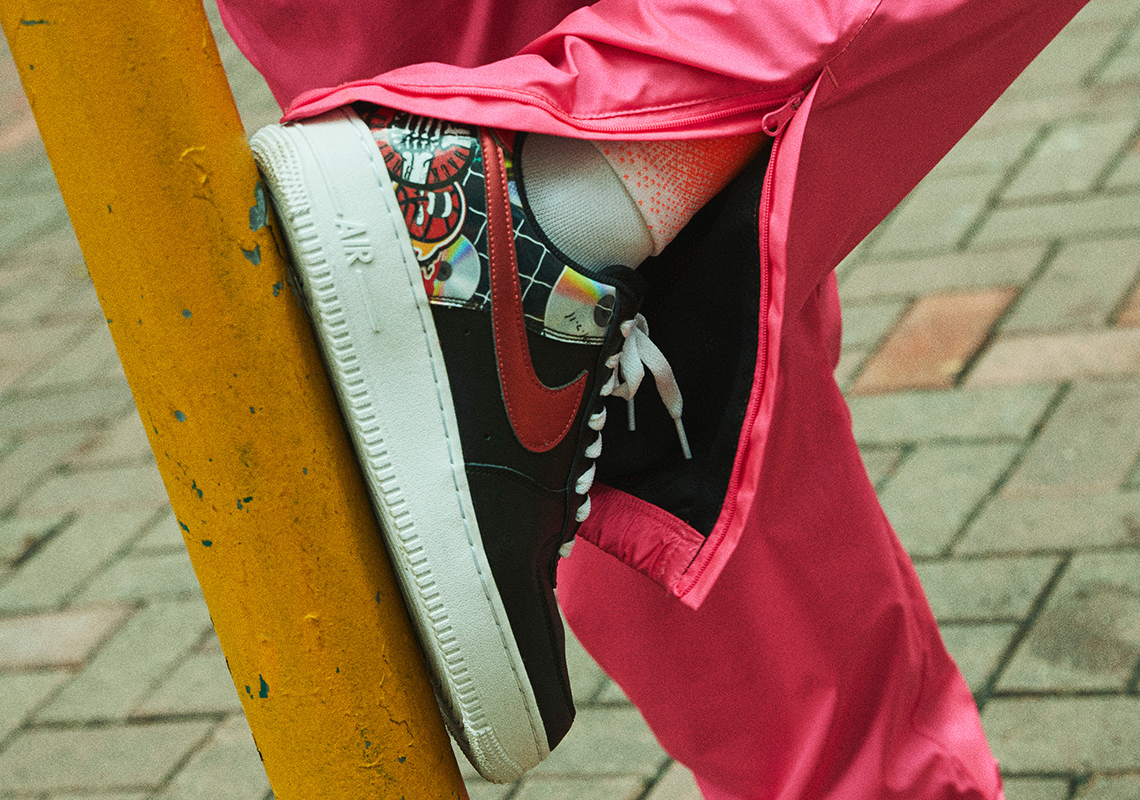 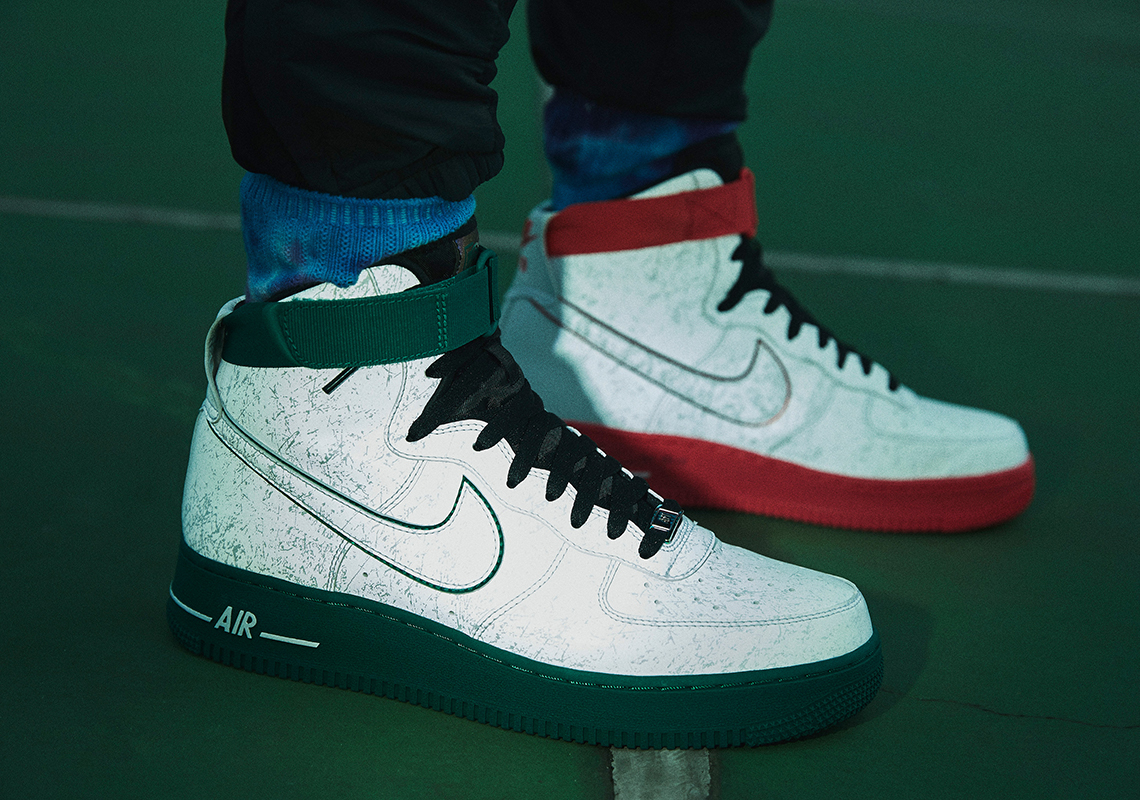 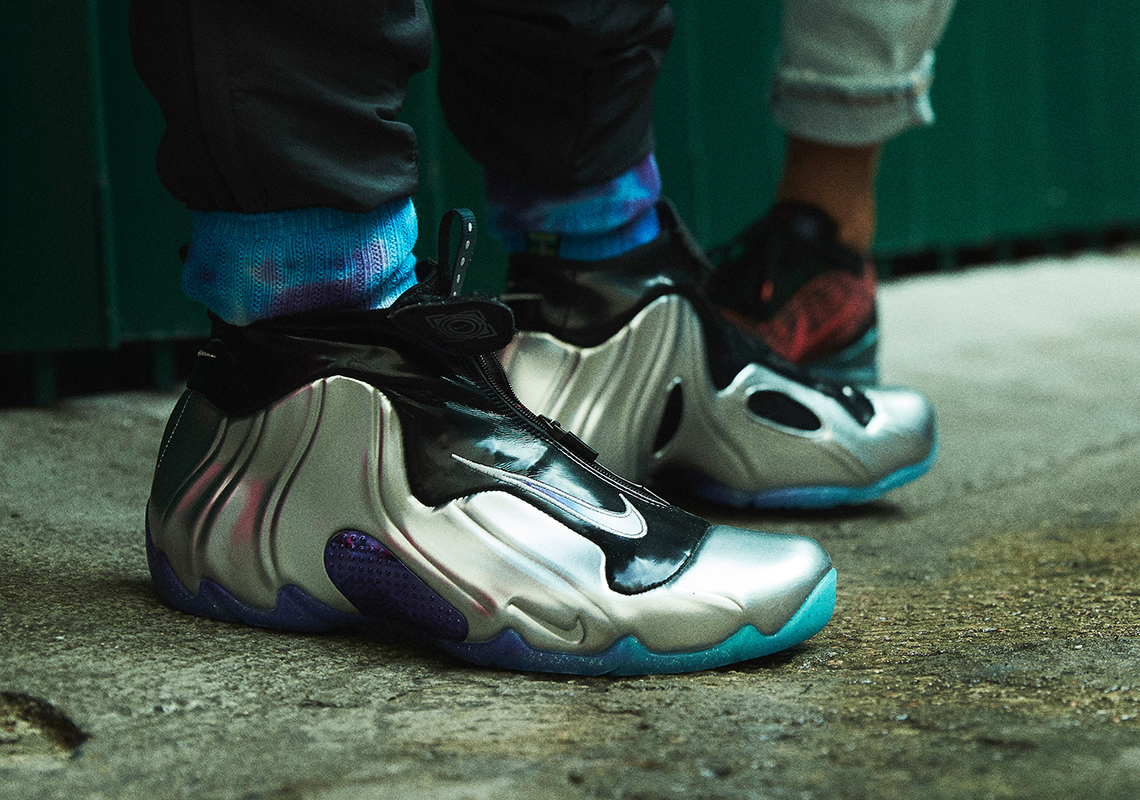 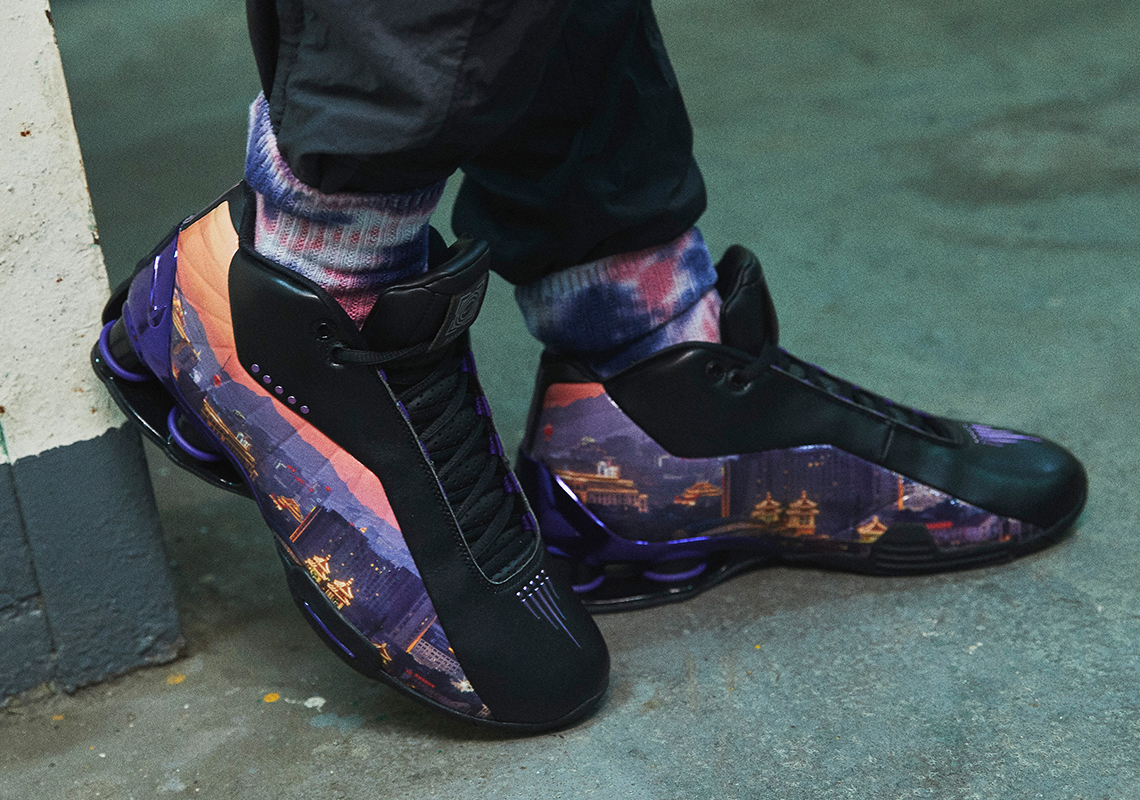 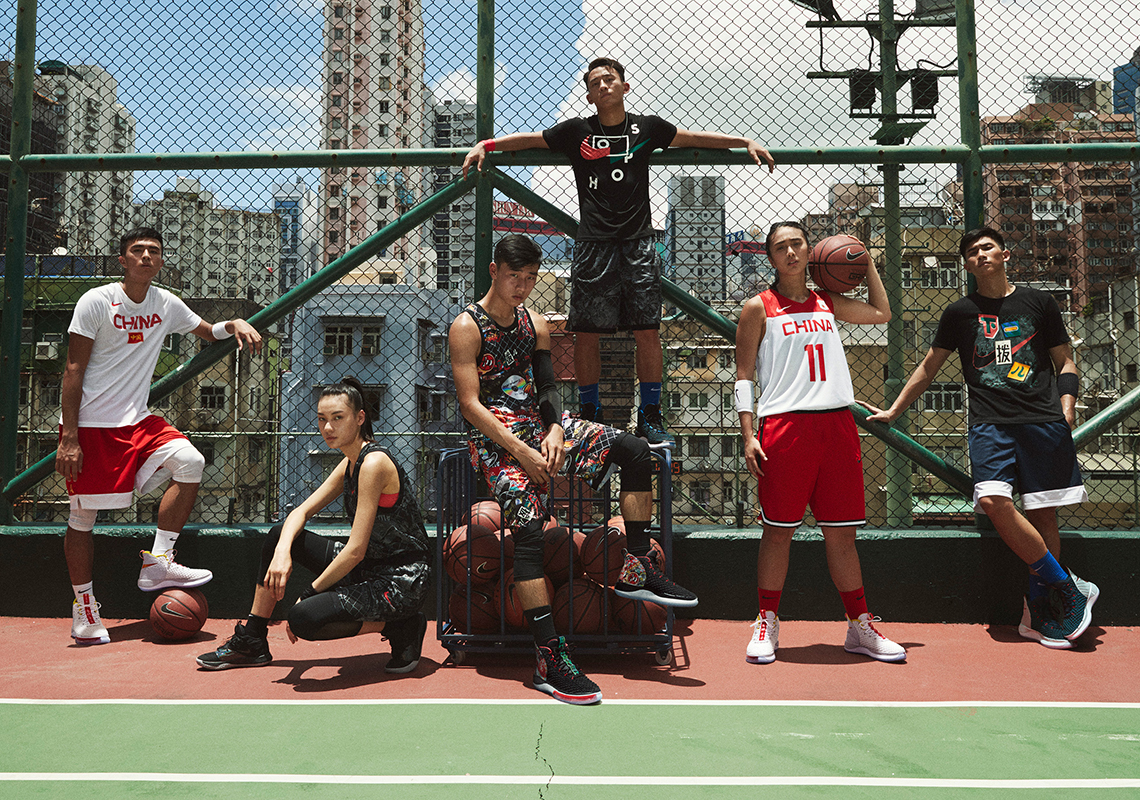 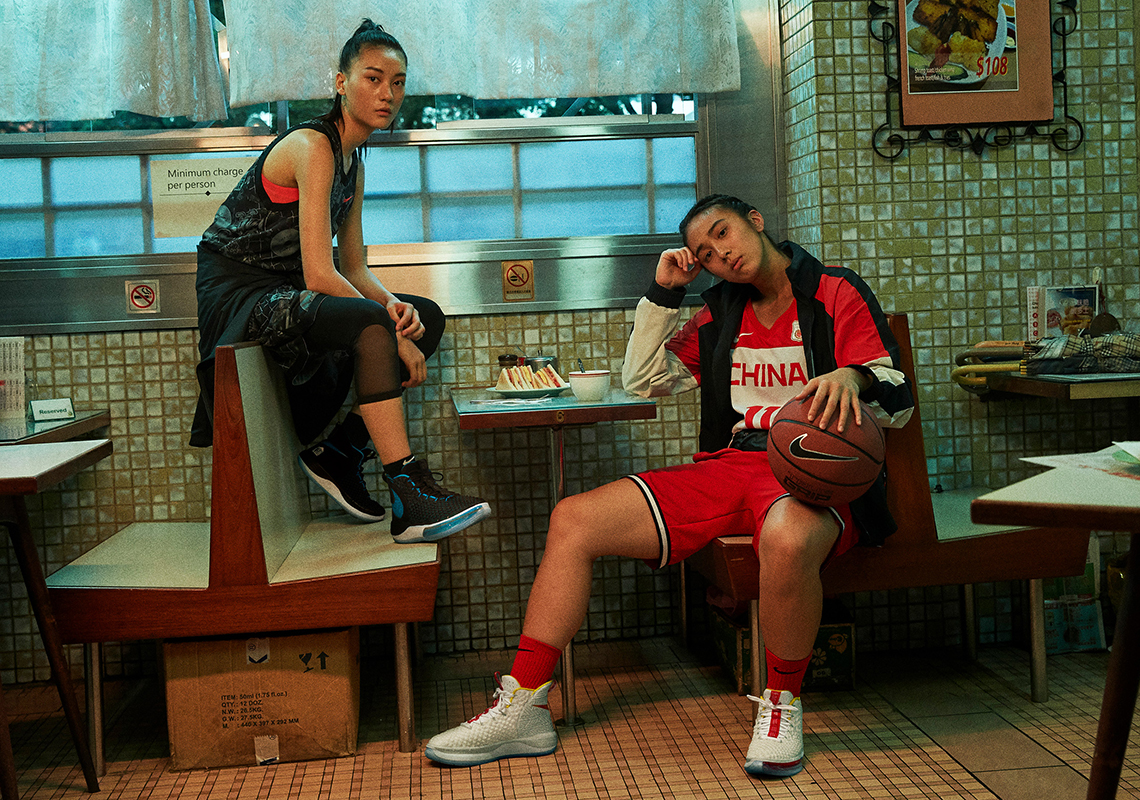 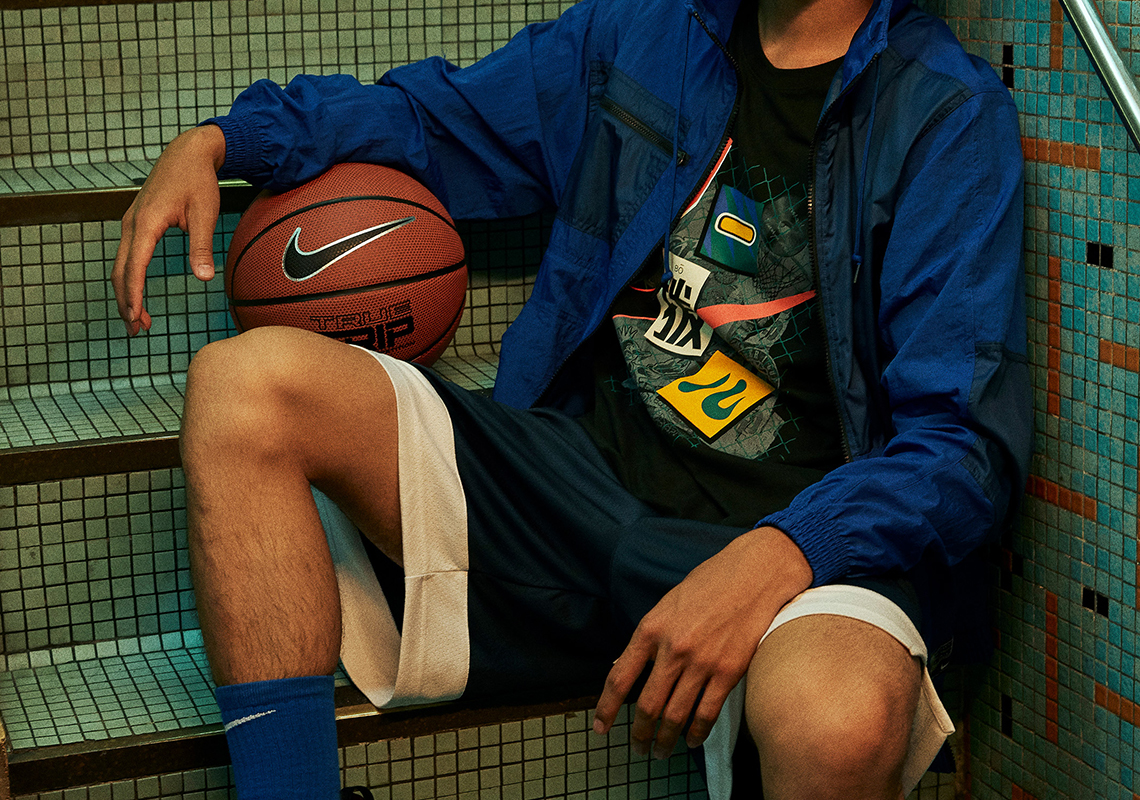 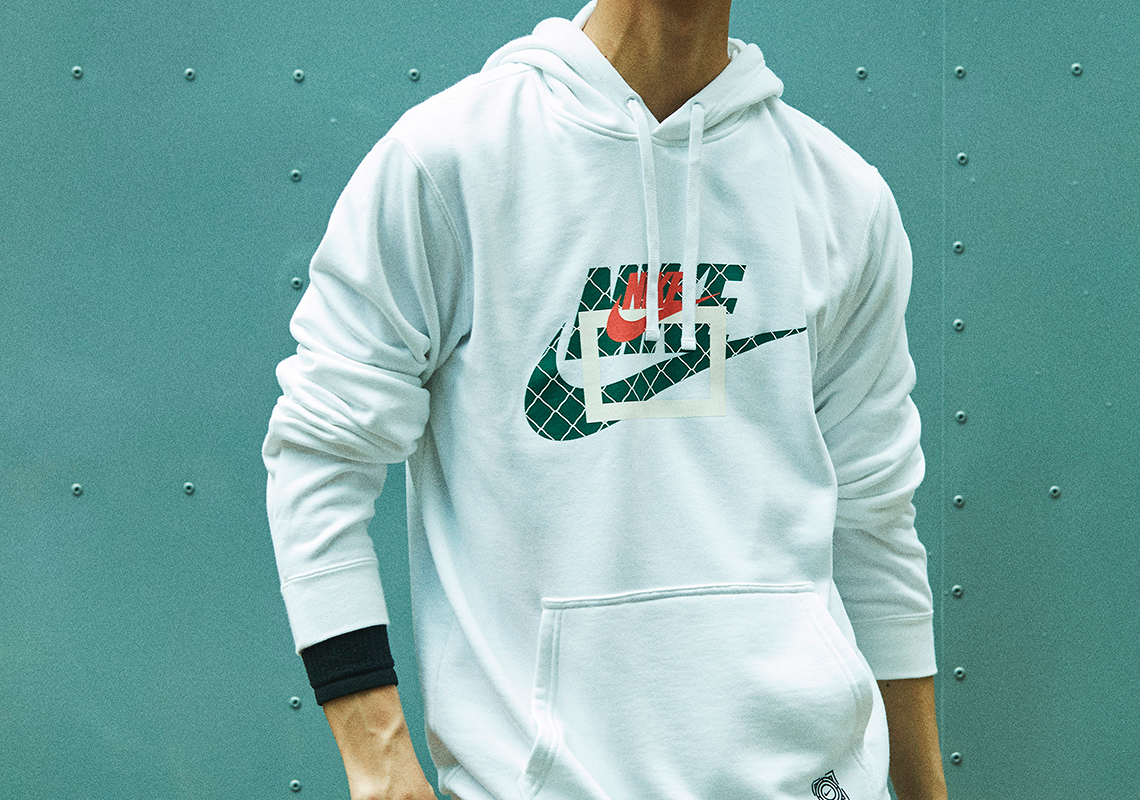