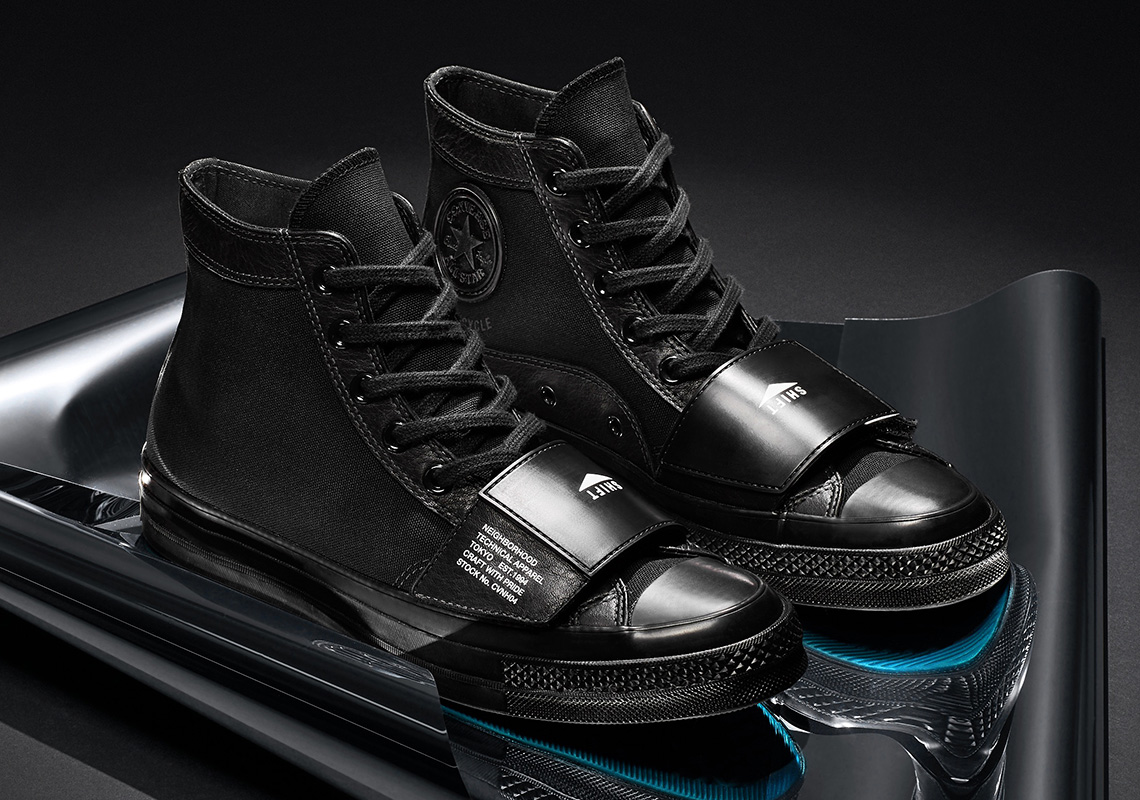 Often showcasing a knack for infusing his timeless aesthetics to any collaboration, Shinsuke Takizawa of NEIGHBORHOOD returns to the star-shaped flags of Converse with new takes on their iconic silhouettes. A huge proponent and passionate enthusiast of motorcycle culture in Japan, the designer has pushed the Jack Purcell and Chuck 70 into realm of biker utility and rebellious edge. The latter silhouette, however, sees this modification the most with black dressed uppers taking on a structurally sound canvas and leather outers as well as boot-like embellishments. Wrapped at its vamp is a large strapped fastener whose type prints spell out “SHIFT” as well as the brand’s denotative branding complete with their signature “CRAFT WITH PRIDE” slogan. Midsoles, toe caps, medial patches all follow suit in this neutral framing while the smile-adorned low-top adds just a few more notes of white contrast. A heavy yet on-theme departure from the previous, the once badminton focused staple takes on largely the same palette though with velvety suedes throughout; its accents by way of contrast stitching and foxing create more intricate presentation alongside the “resistance” kanji at the heel and fonts of “NBHDCNSJP” sprawled in maximal perpetuity across the entire midsole face.

Grab a full look at both pairs right below and find them releasing alongside an accompanying set of basketball-influenced apparel at Converse.com come August 24th. A smaller, early drop will be held at only eight of the Nordstrom x Union pop-ups throughout the US on August 17th.

Where to Buy (Jack Purcell) 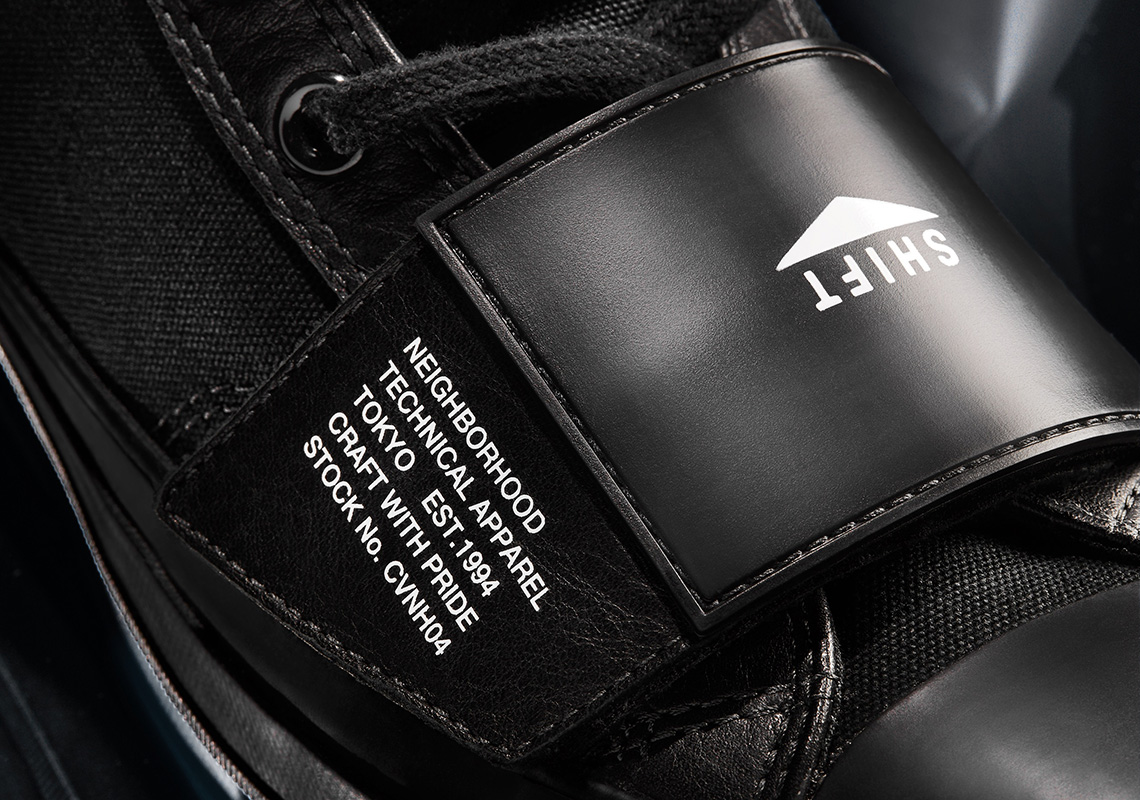 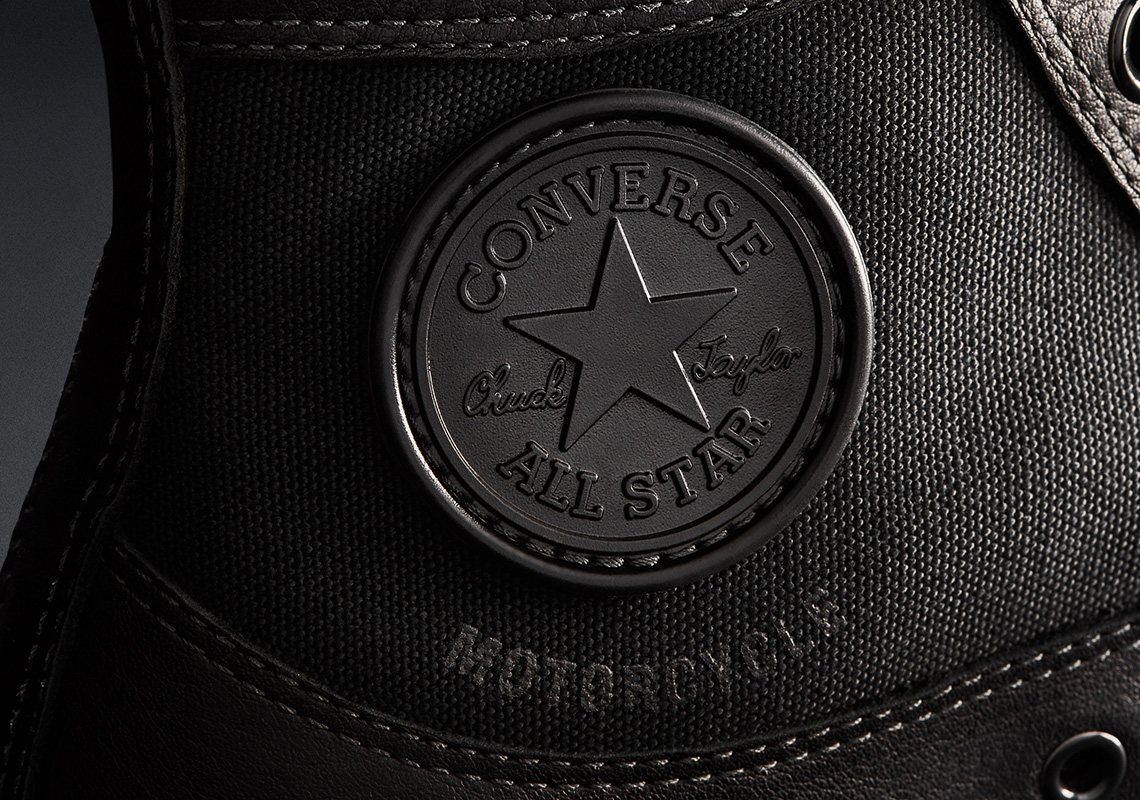 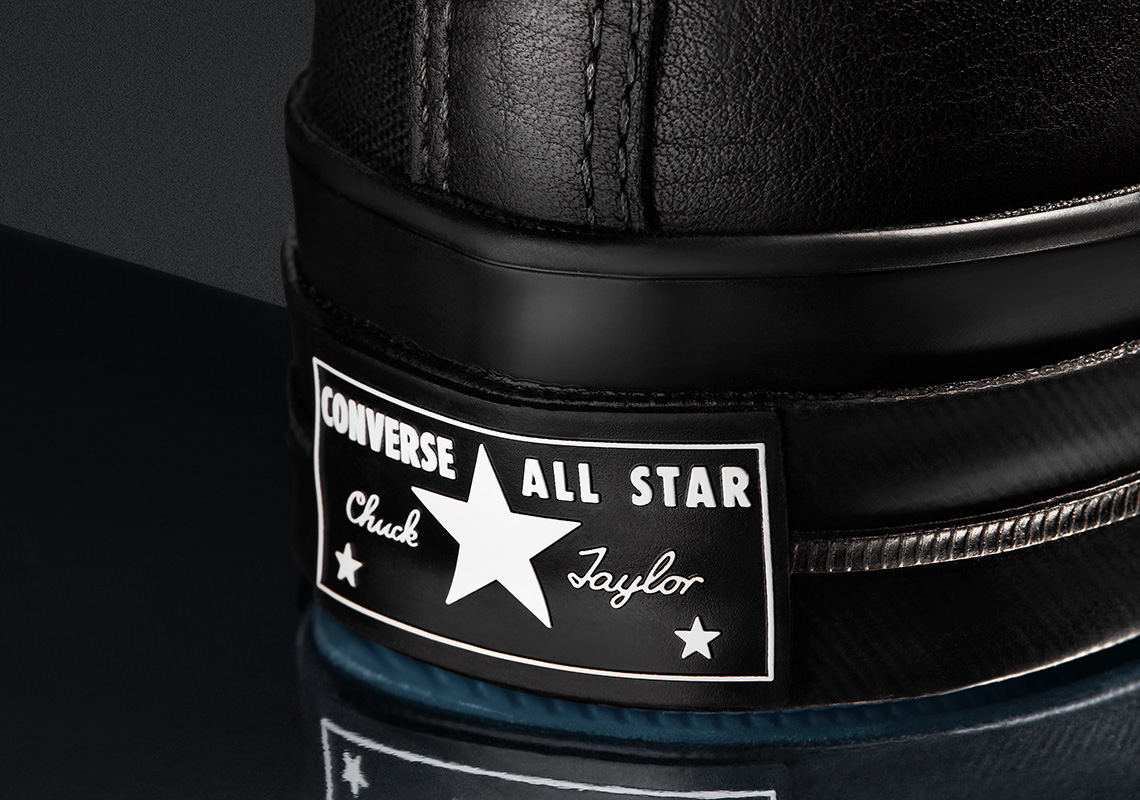 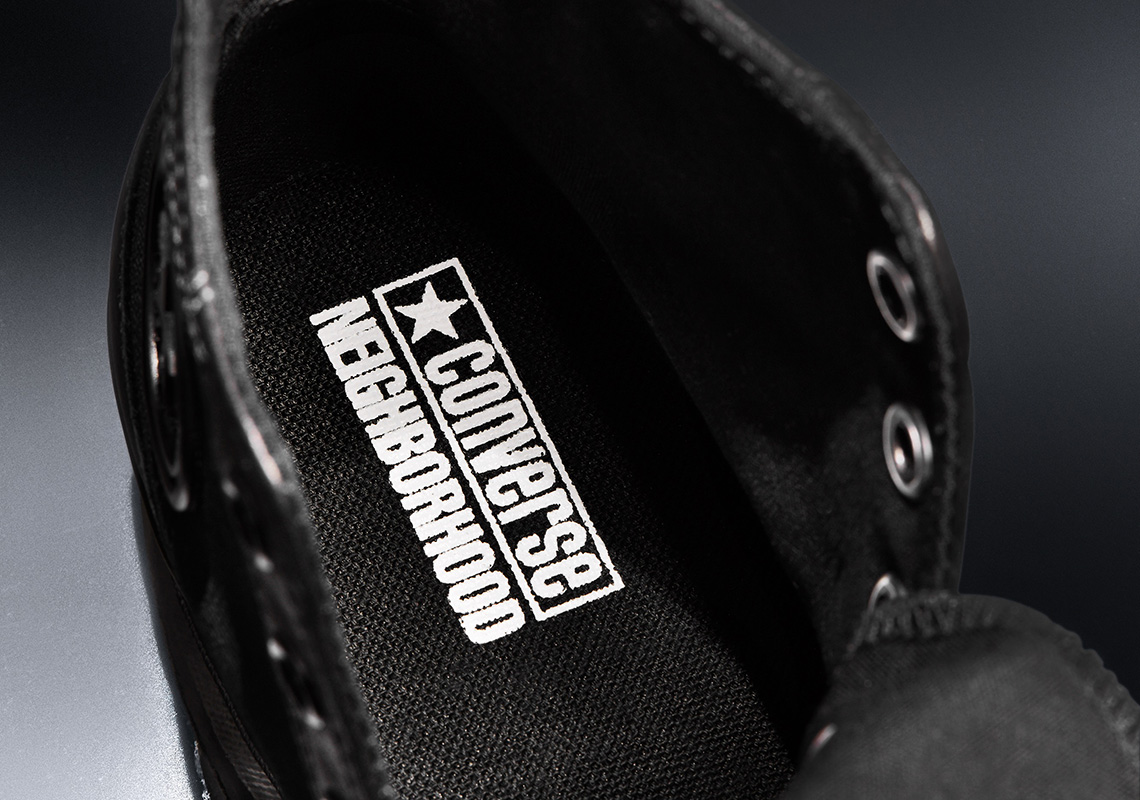 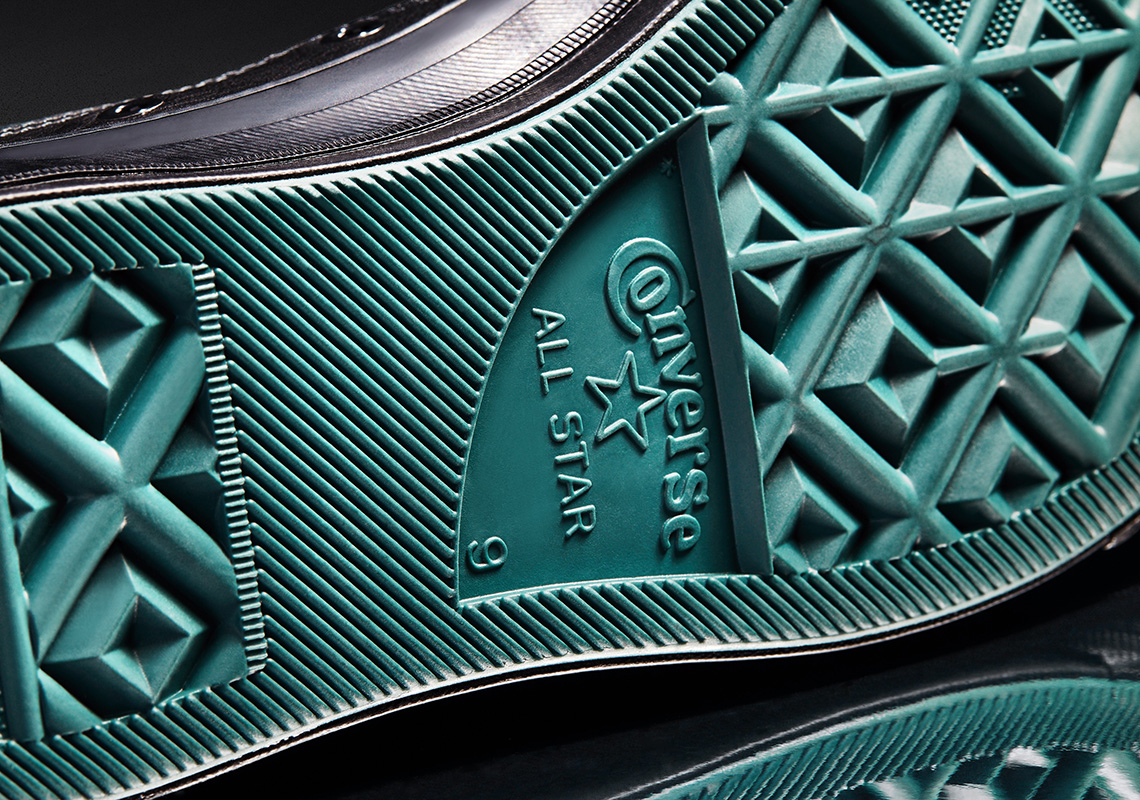 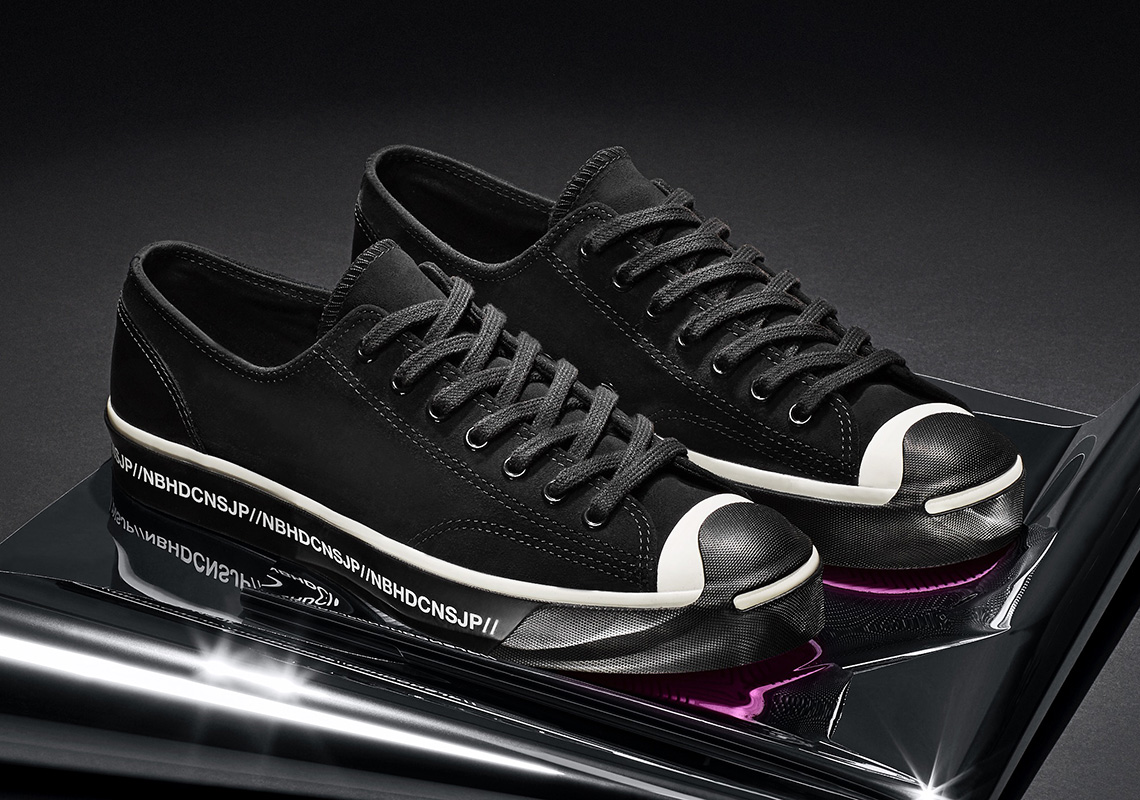 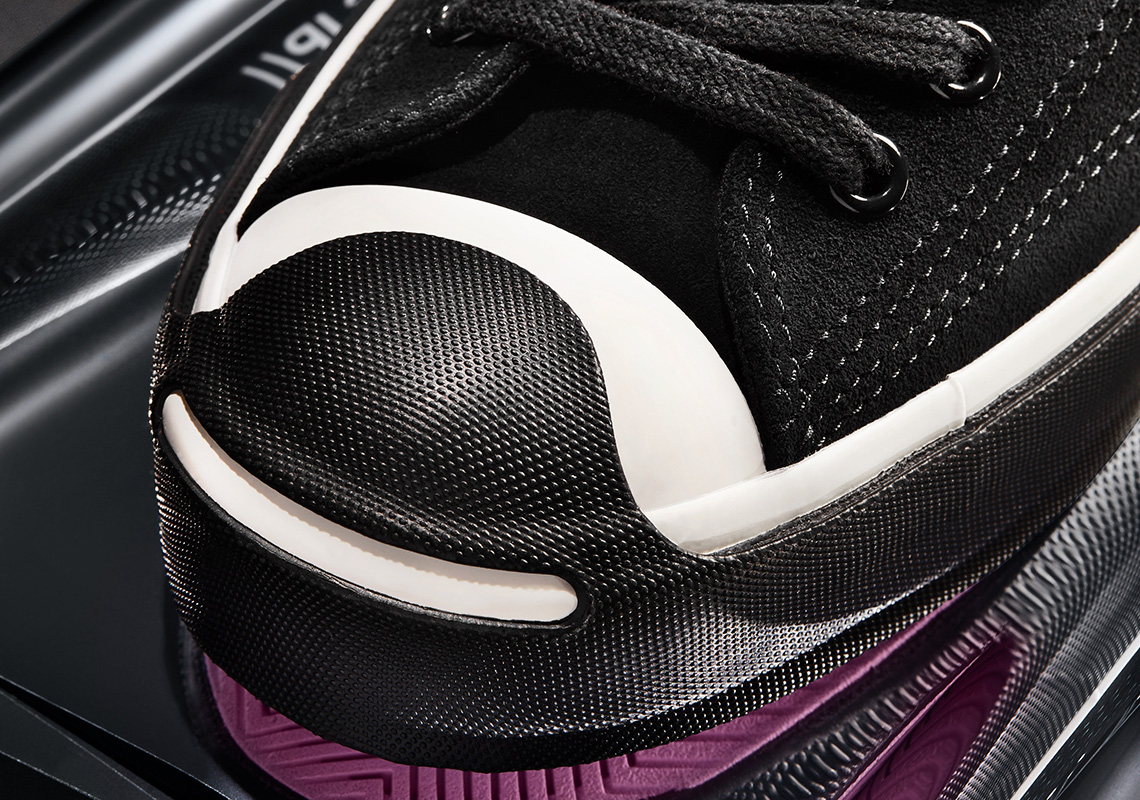 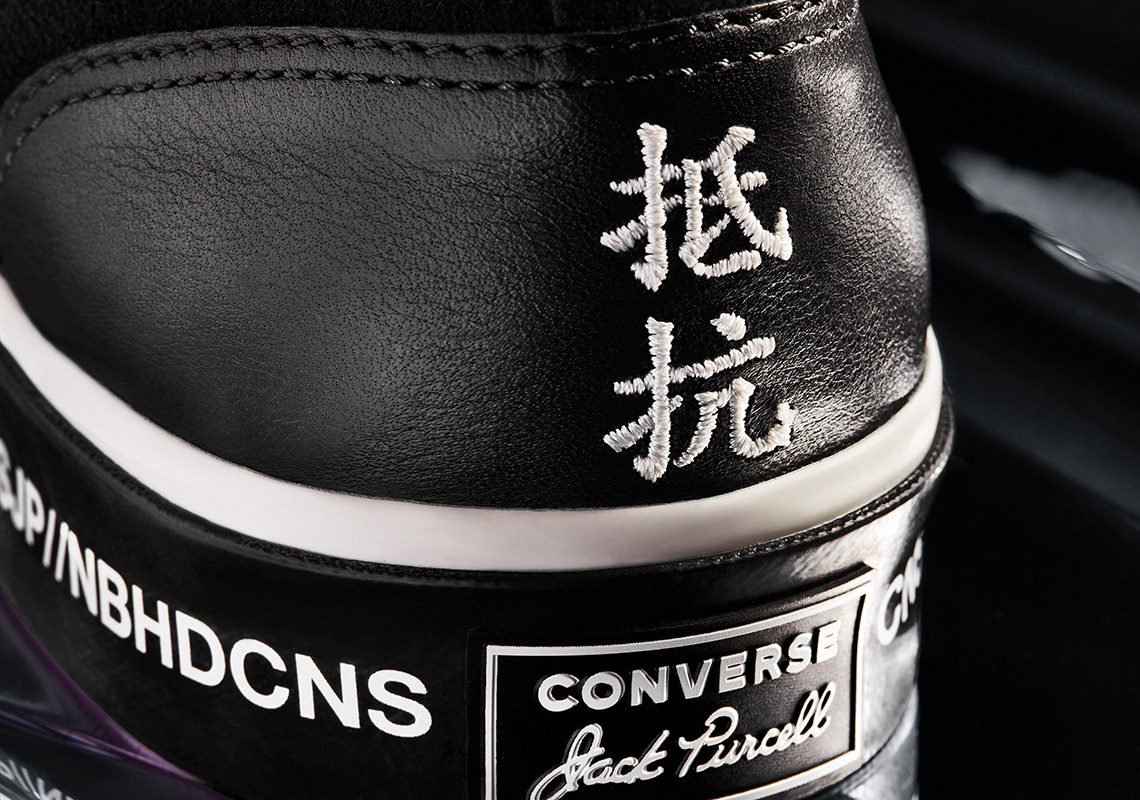 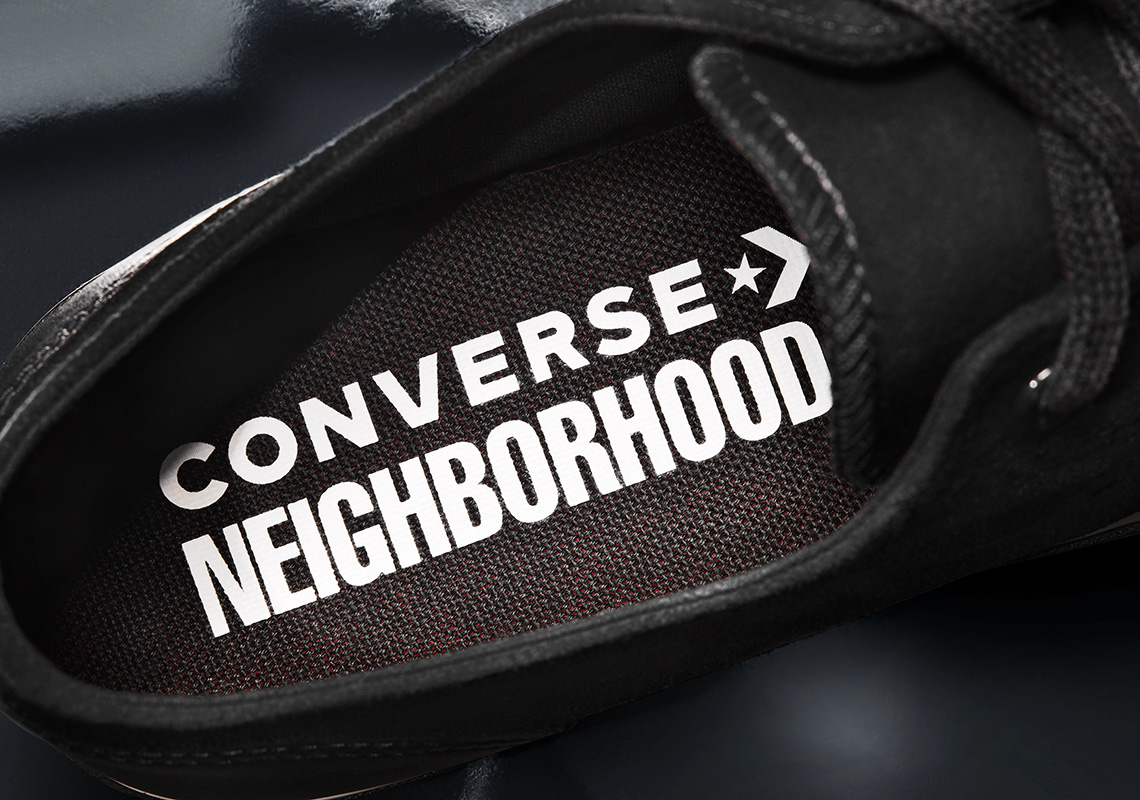 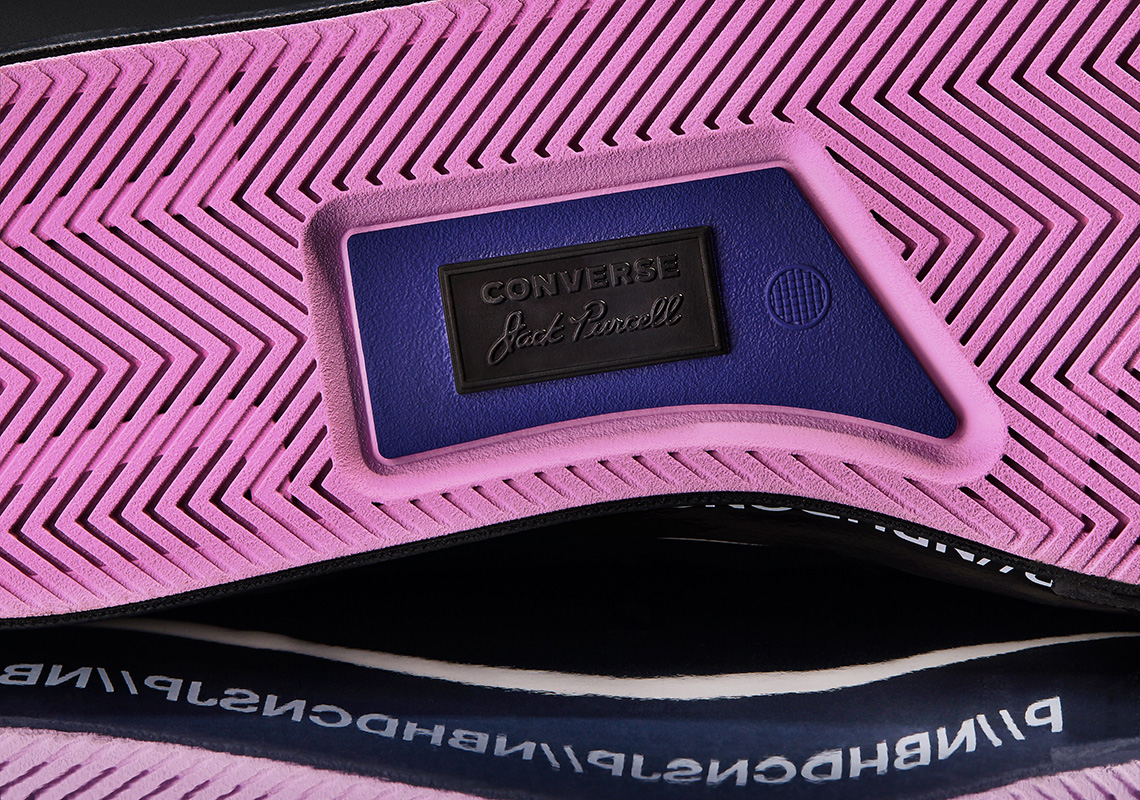