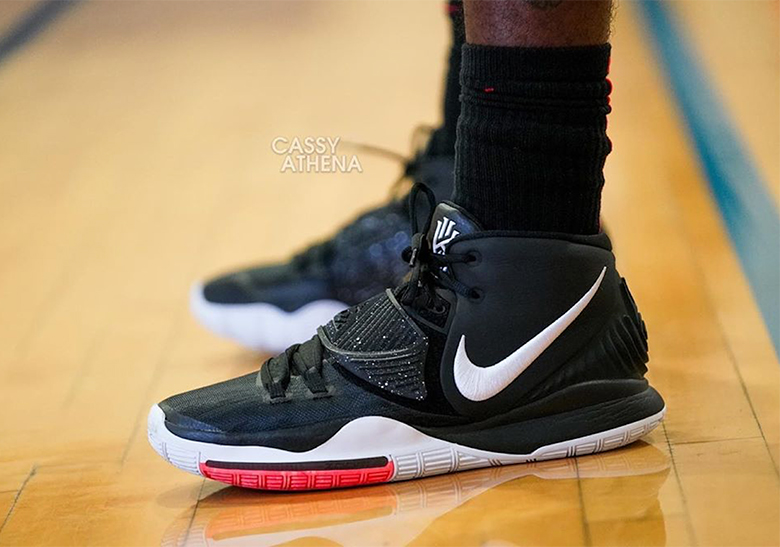 Kyrie Irving’s ascension in the ranks of Nike Basketball is no surprise. An attractive price-point paired with a stand-out design, the Kyrie 5 has consistently delivered the wow-factor thanks to a diverse crop of collaborative partners. From global TV sensations such as SpongeBob Squarepants and the Central Perk gang to the smaller labels in Rokit and Bandulu, the Kyrie 5 has flexed a rare off-the-court versatility while achieving favor from the ballers. Sadly, the Kyrie 5’s turn at the spotlight is coming to an end in just a few months, because Nike and designer Ben Nethongkome are ready to launch the Kyrie 6 later in December.

Seen here for the first time in photos captured by Cassy Athena, the Kyrie 6 boasts some familiar elements to previous Kyrie signature shoe models – namely the traction that scoops up into the midsole. The upper is a purposeful blend of engineered mesh and what appears to be a tumbled leather at the heel, while an oversized embroidered Swoosh adds to the lifestyle aspect of the model. A thick mid-foot strap replace the unique “Flytrap” shroud from the 5, while a molded exterior heel counter suggests some creative opportunity. the shoes have a bit of an Air Yeezy 2 meets the hardwood appeal due to the similarity in height.

On a performance standpoint, it’s possible that a similar fore-foot articulated Zoom bag from the preceding model will return. Traction is also key for a player of Irving’s 360-degree tendencies, so expect solid grip reinforced in all directions.

Check a full shot of the in-line black/white/orange colorway below and stay tuned for an official announcement likely coming during the winter months. 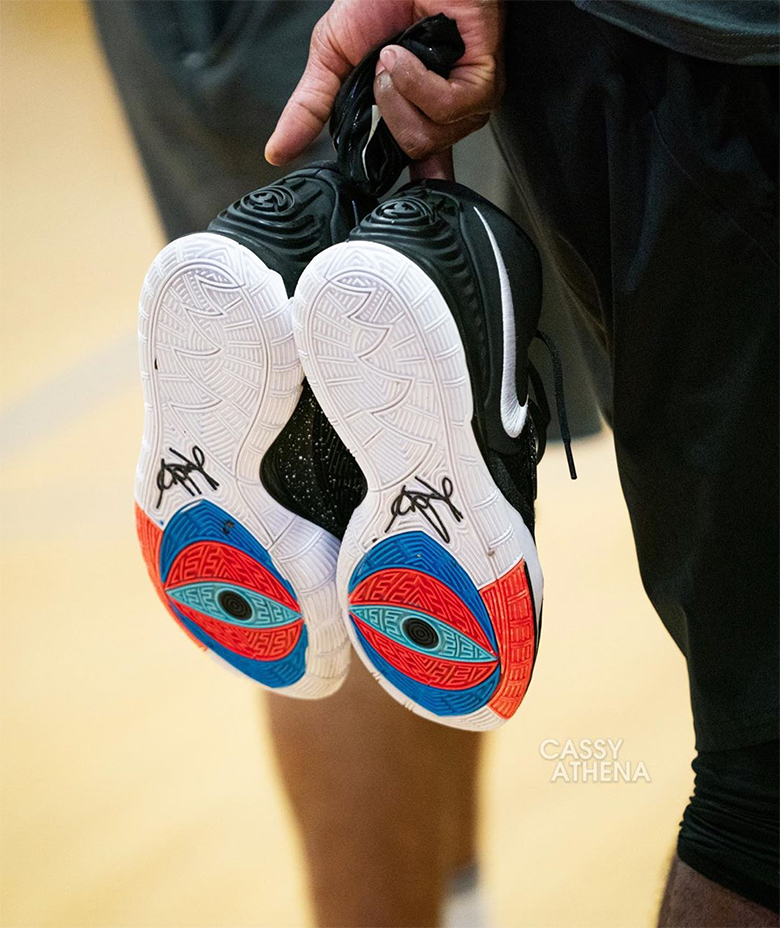 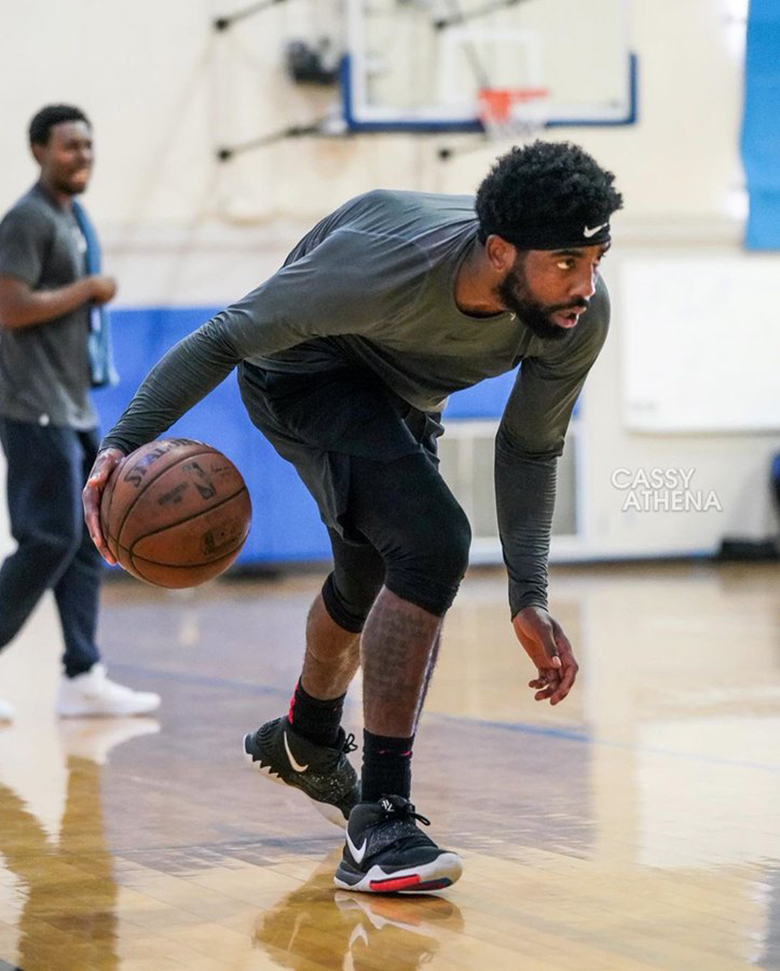 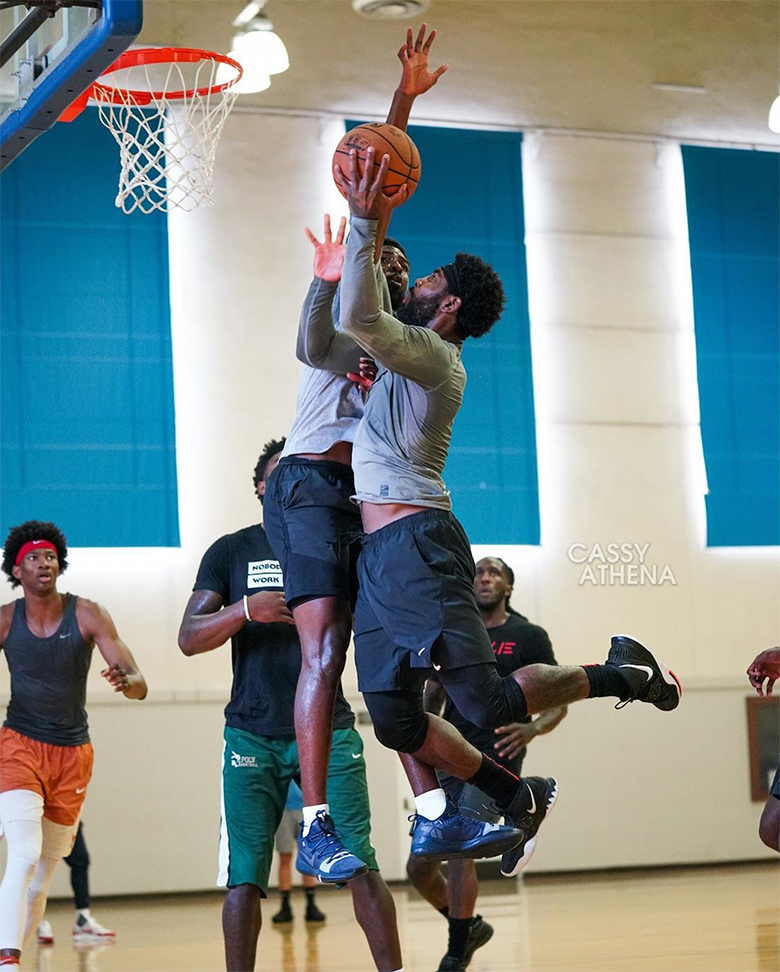