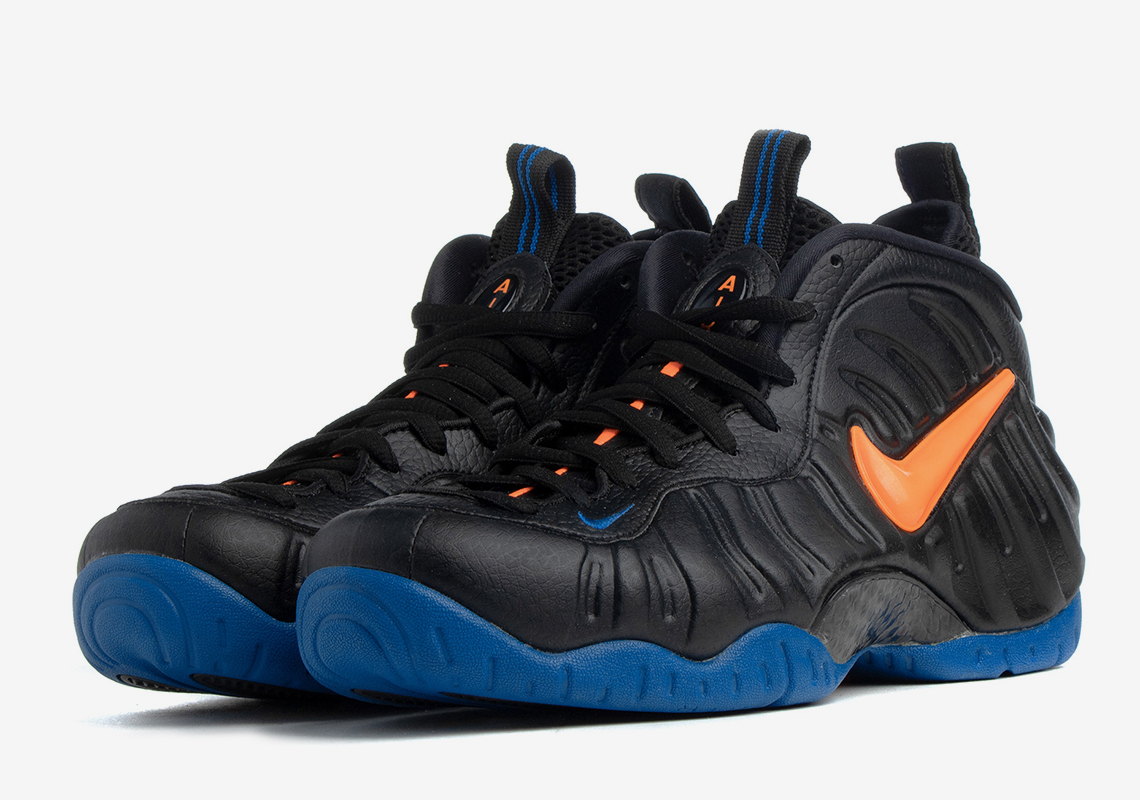 Hope springs eternal each fall for New York Knicks fans, and although this season may be one with a fair share of lumps as the team grows with highly-regarded rookie guard RJ Barrett, supporters of the squad will at least have some very Big Apple-centric footwear to rock thanks to a new Nike Air Foamposite Pro “Knicks.” A quintessential New York silhouette that joins other city-centric Swoosh Brand releases like the Air Jordan 3 Knicks, these bold Nike shoes are inherently familiar in many ways, but there’s one noticeable difference from other Foams: the upper’s seemingly bulletproof synthetic shell is wrapped in a luxurious black leather. Although this is a noticeable — and welcome — flip of the script, the rest of this Foamposite is all classic, thanks to an orange midfoot Swoosh, orange/blue detailing on the tongue, a black carbon fiber midfoot plate, and a blue/black outsole with one final Swoosh graphic. They’ll hit shelves on September 20th for $230 USD, so check ’em out right here, and see a store list below if you’re looking to secure a pair come release day. 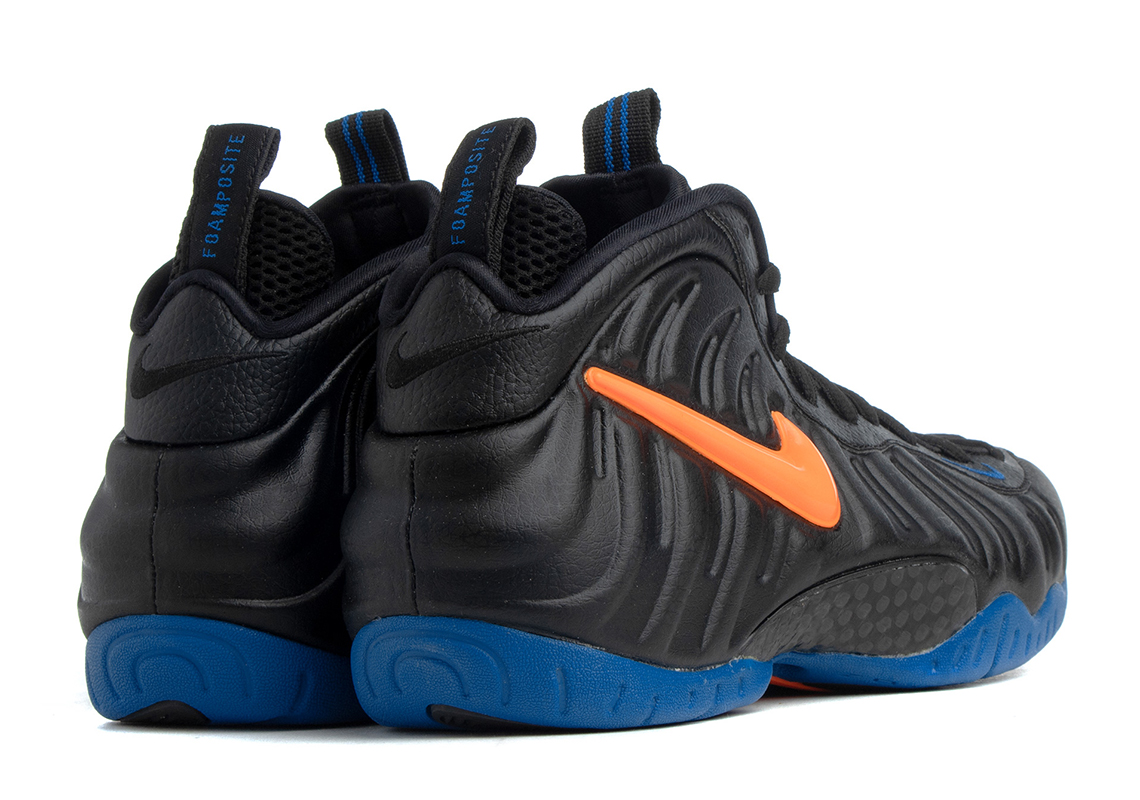 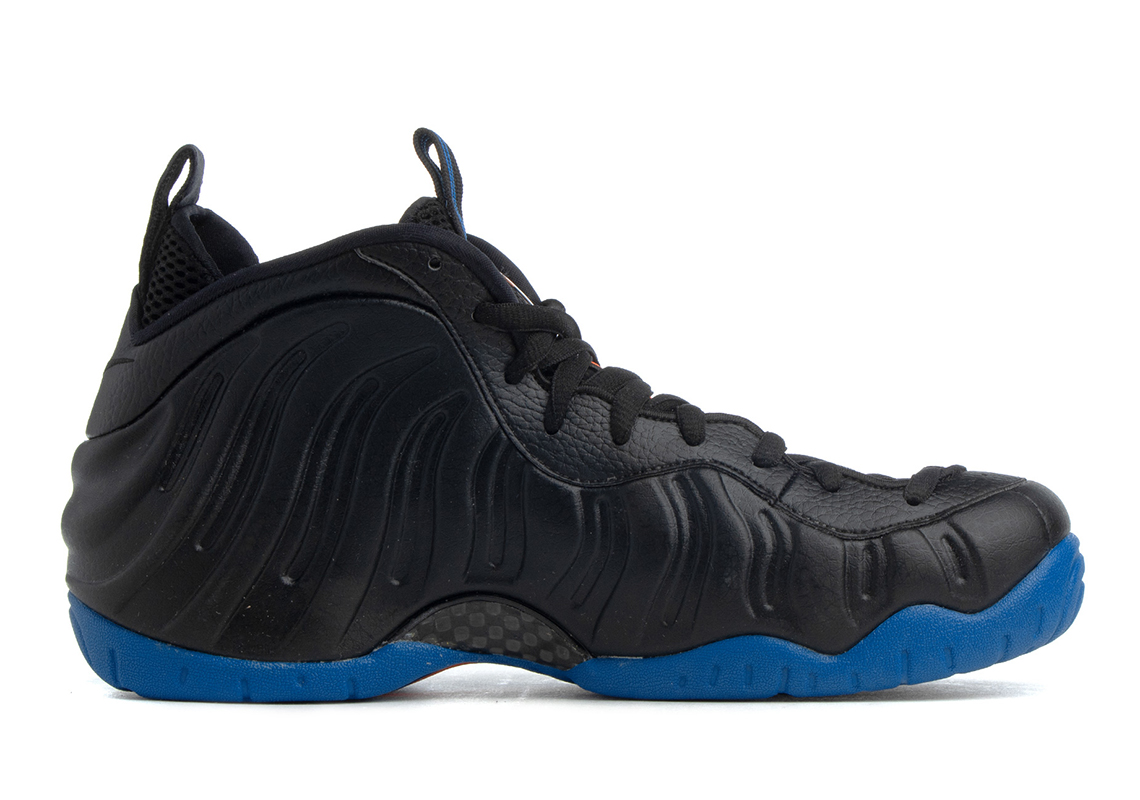 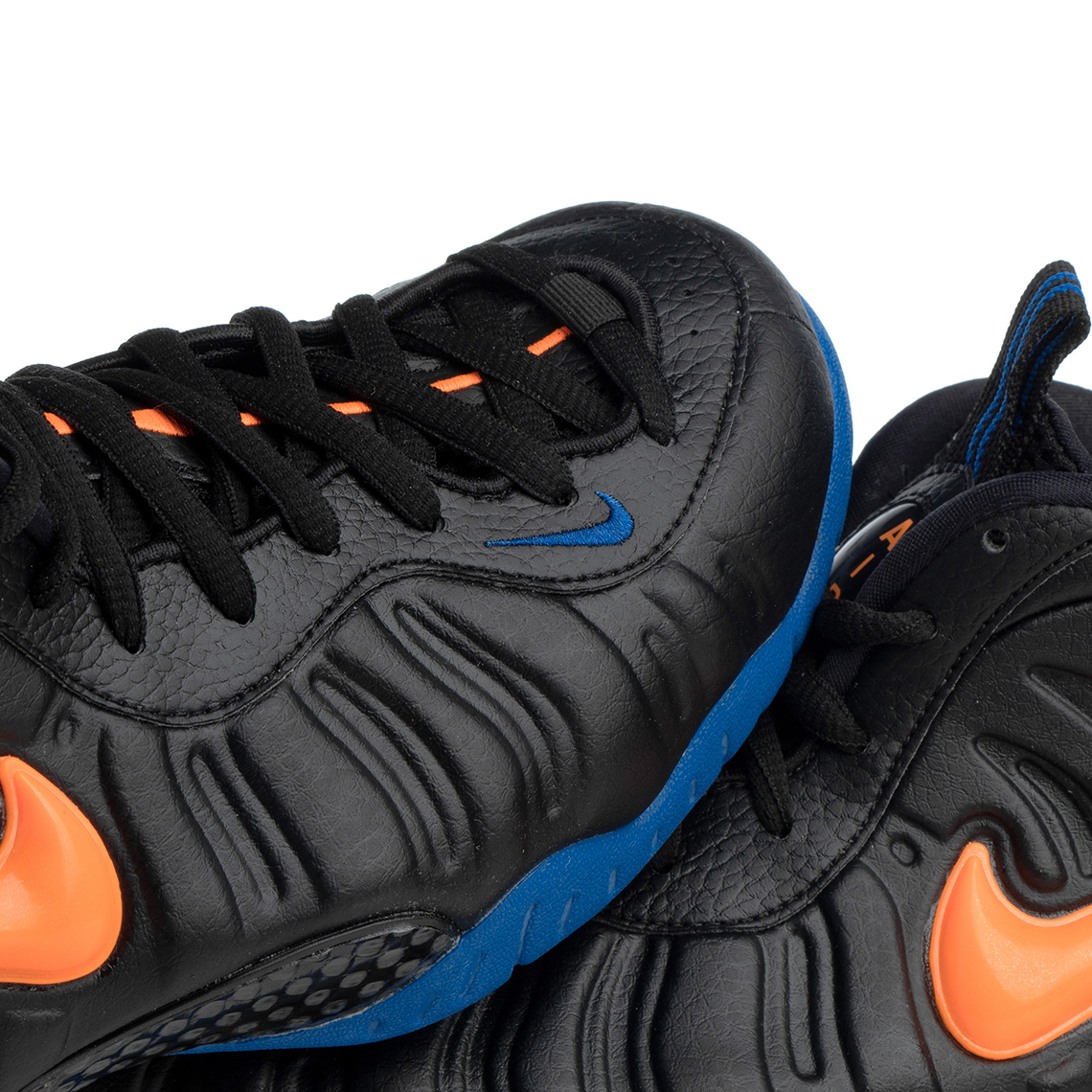 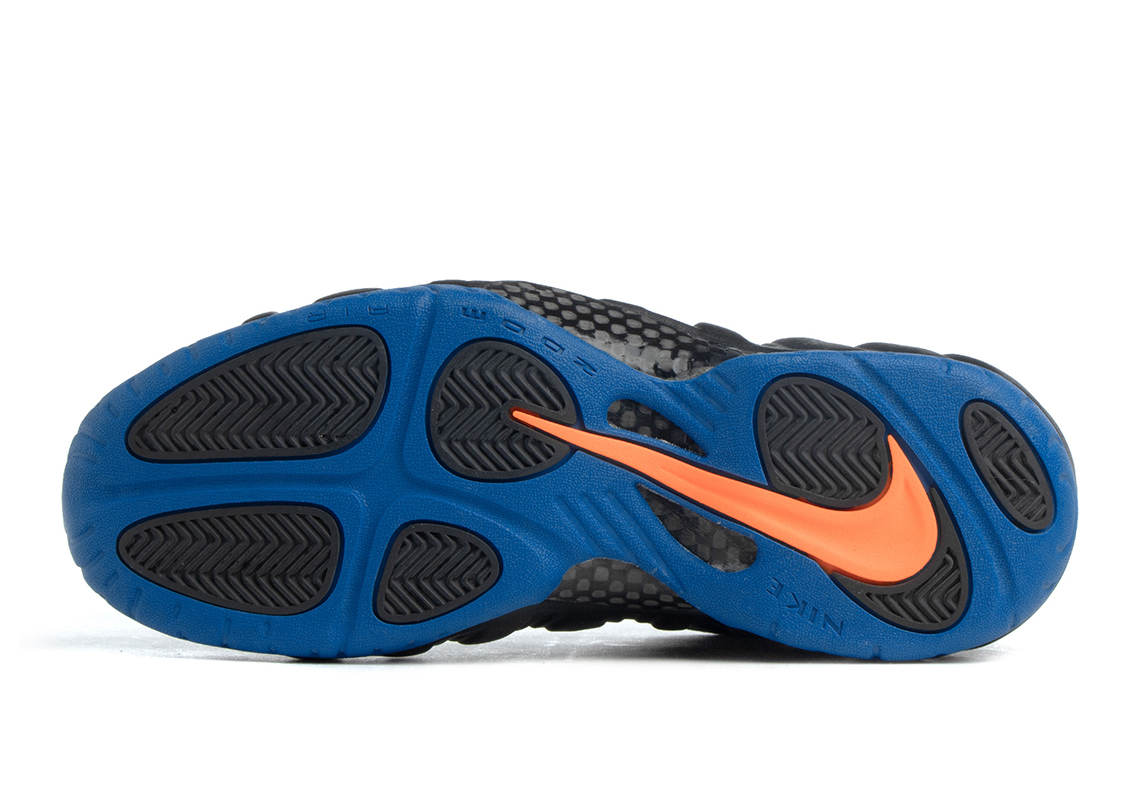