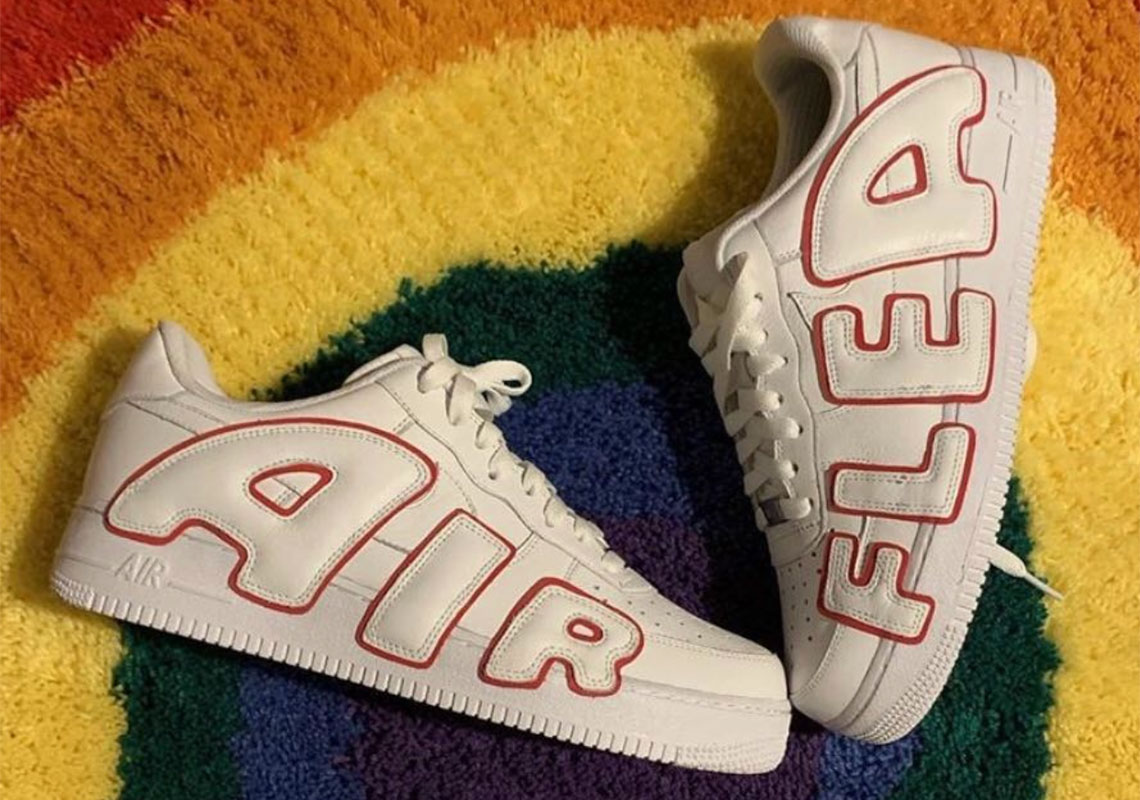 Cactus Plant Flea Market has emerged as the most prolific collaborator in the pool of creative partners with Nike. Their gaudy takes on the Vapormax 2019 and multi-material Blazer concoction on Nike By You has Cynthia Lu’s label atop the class, bringing levels of composed audacity that few can replicate. Adding to their impressive portfolio is the Nike Air Force 1 Low, seen here with a traditional white-on-white base with giant lettering in Air More Uptempo styling placed atop the shoe. On the right shoe is the familiar “AIR”, while the left shoe showcases “FLEA”. This is hardly the first time we’ve seen the obnoxious font get reworked; prominent names such as Supreme and Odell Beckham Jr. have had their way with the detail, while Nike nodded to NYC, ATL, and CHI with city-specific takes. Revealed by VLONE founder ASAP Bari aka @younglord, the CPFM x Nike Air Force 1 Low is set to release sometime this Fall.