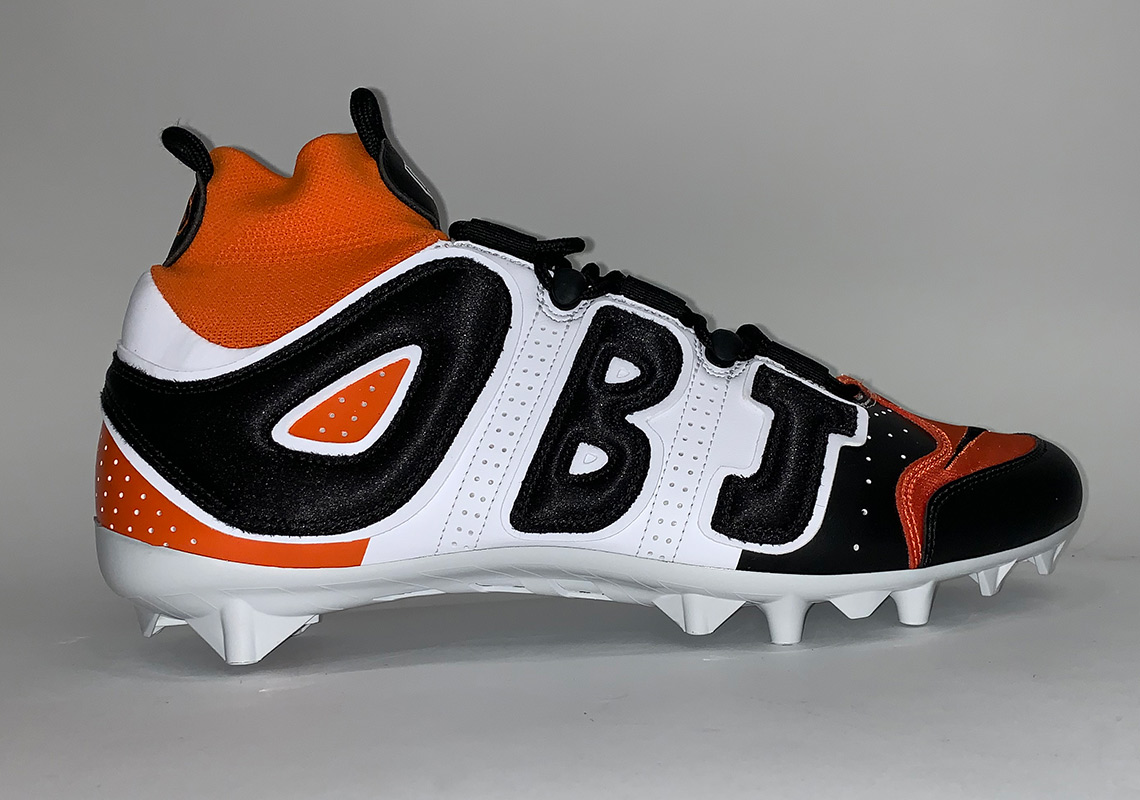 Odell Beckham Jr. needs no help when it comes to making noise. Whether it be with his on-field display of receptions and after-the-catch runs or the actual gear he puts on his feet (or his wrist), the Browns receiver brings the media with him as he commands a level of attention that few in the league can muster up – and no spotlight is brighter than Monday Night Football. For Week 2, OBJ will appear at pre-game in a gold/grape combination inspired by the Air Jordan 5 “Fresh Prince” PE that surfaced a year ago. He’ll follow that up with a jaw-dropping “Shattered Backboard” homage with similar satin-esque finishes at the toe-box – an equal nod to the women’s-exclusive drop from 2018.

The entire season’s assortment of PEs was actually inspired by Beckham’s personal favorites from his own sneaker collection; last week saw the Air Yeezy 2 “Solar Red” and the Don C x Air Jordan 2 get reworked into the Nike Vapor Untouchable Pro 3 OBJ Uptempo cleat. Check out these exclusive shots and look out for these tonight as the Browns take on the Jets. 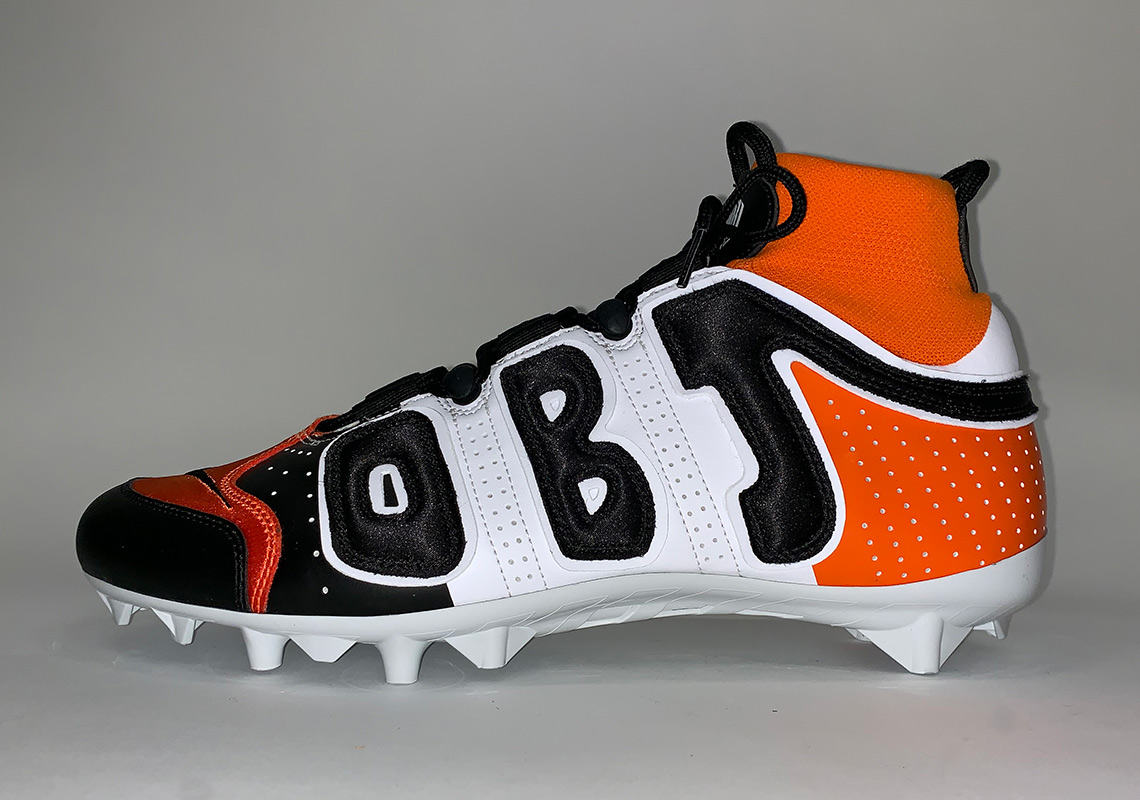 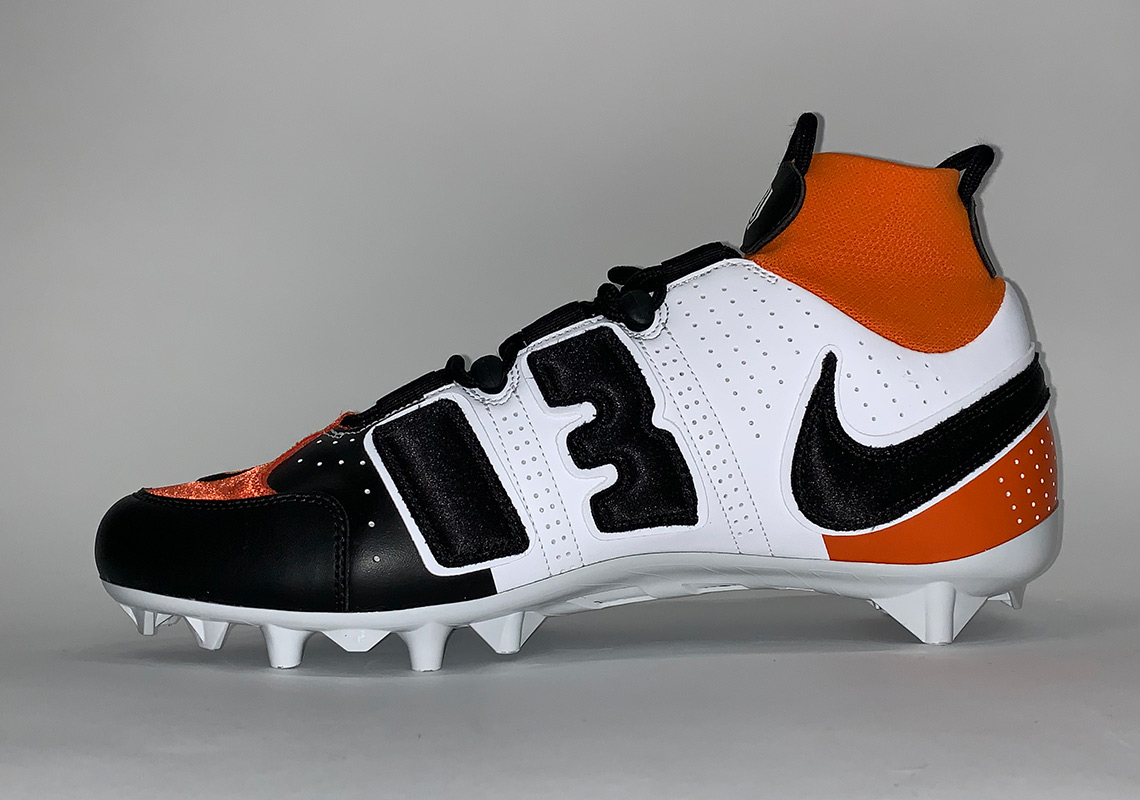 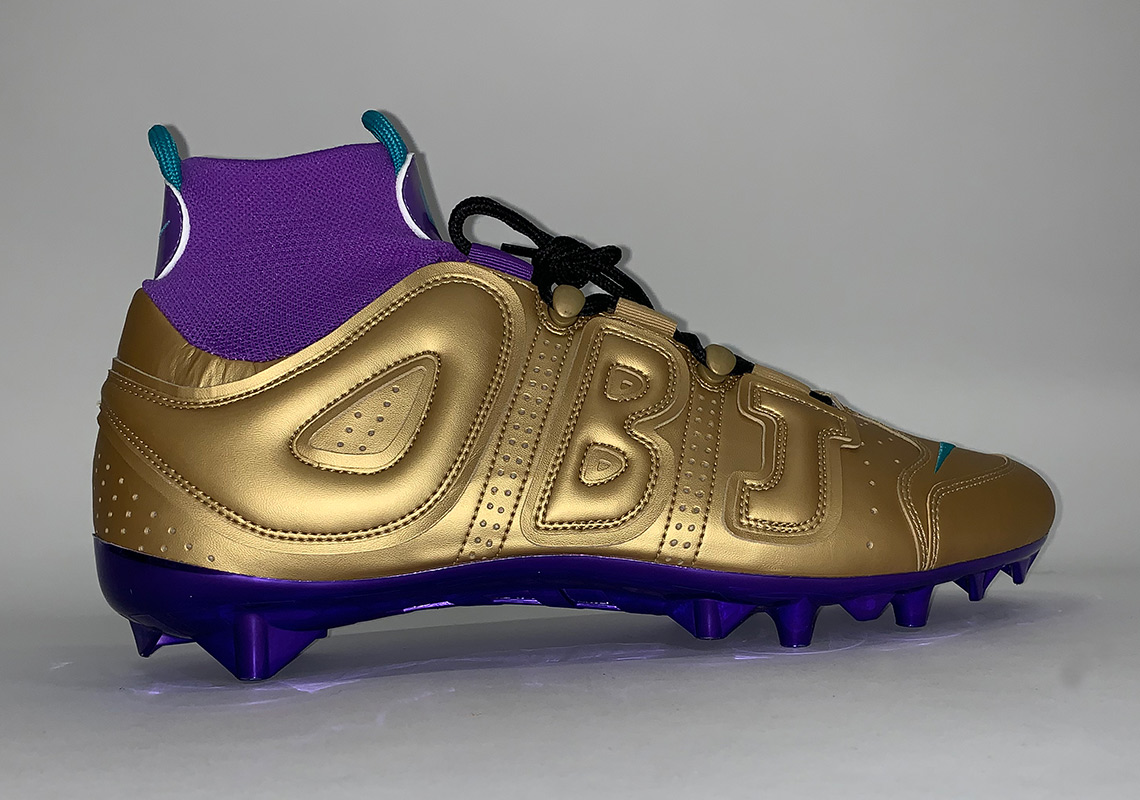 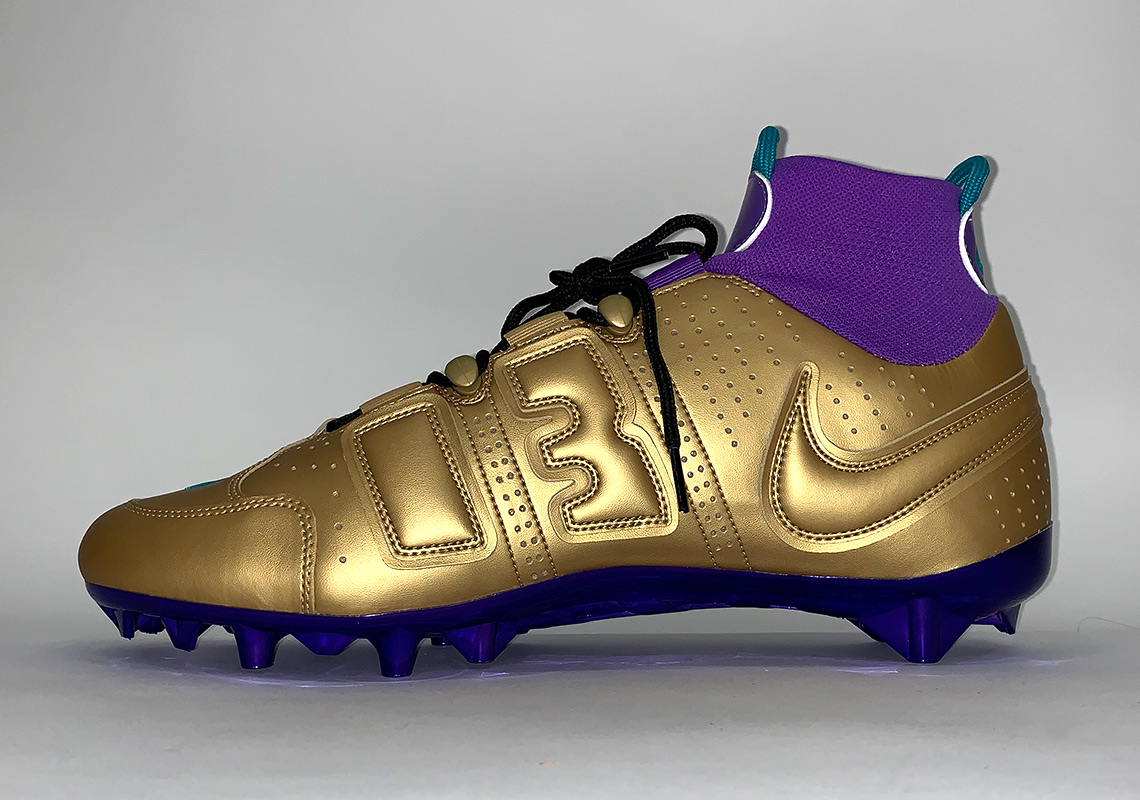 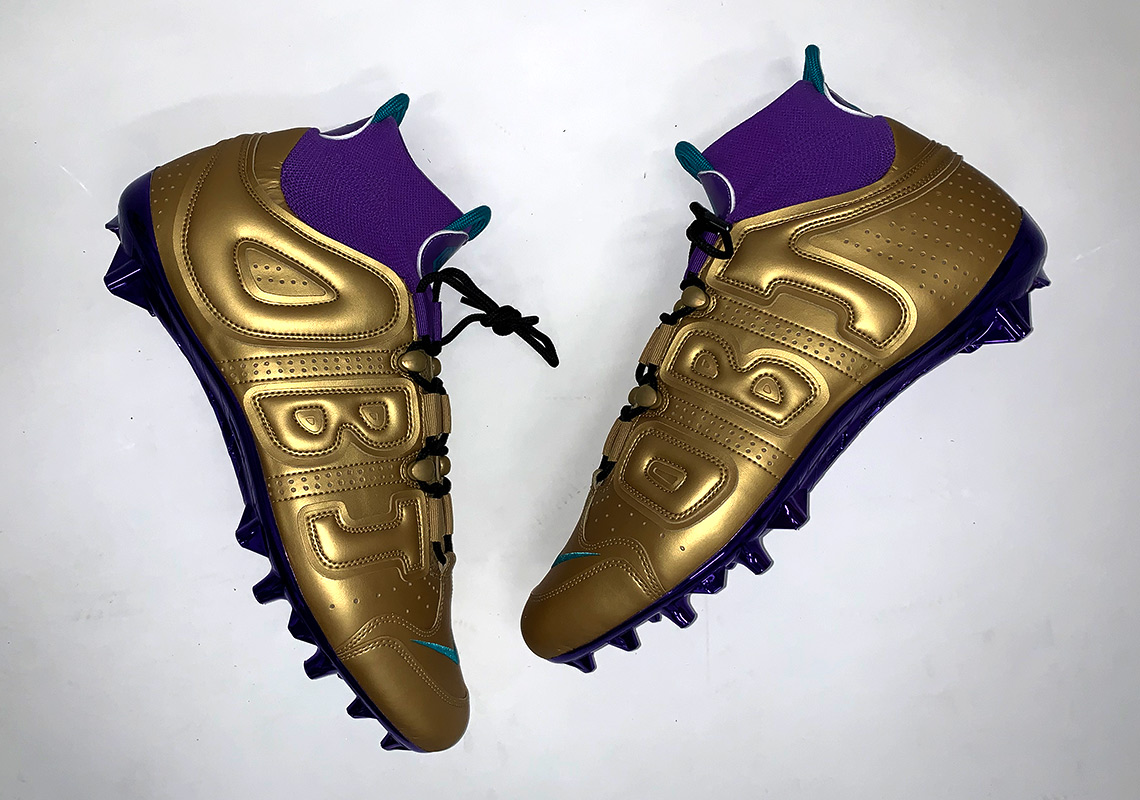 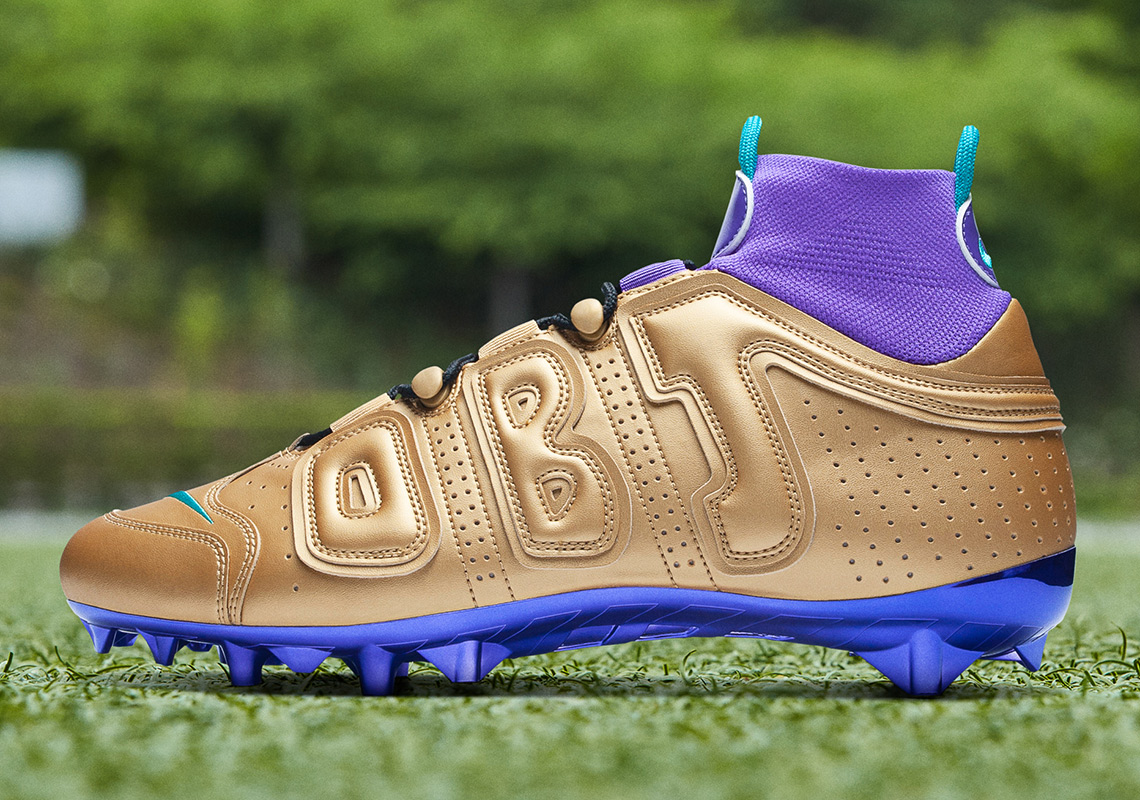 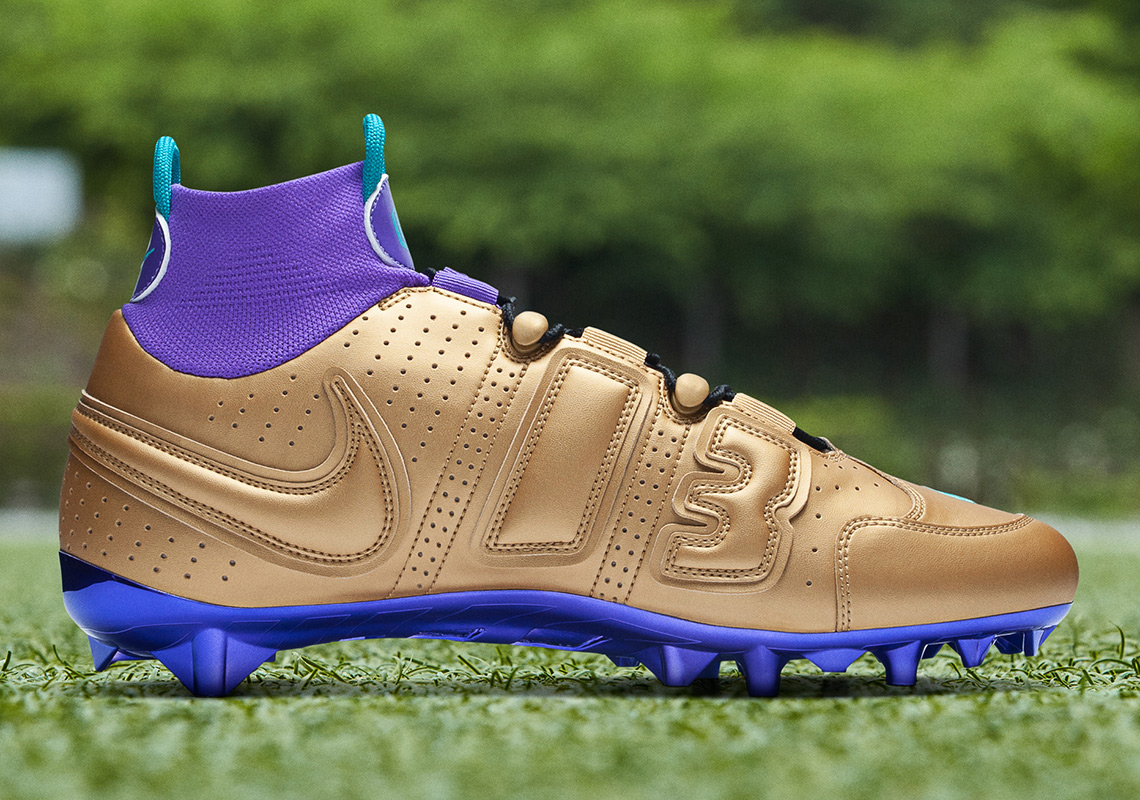