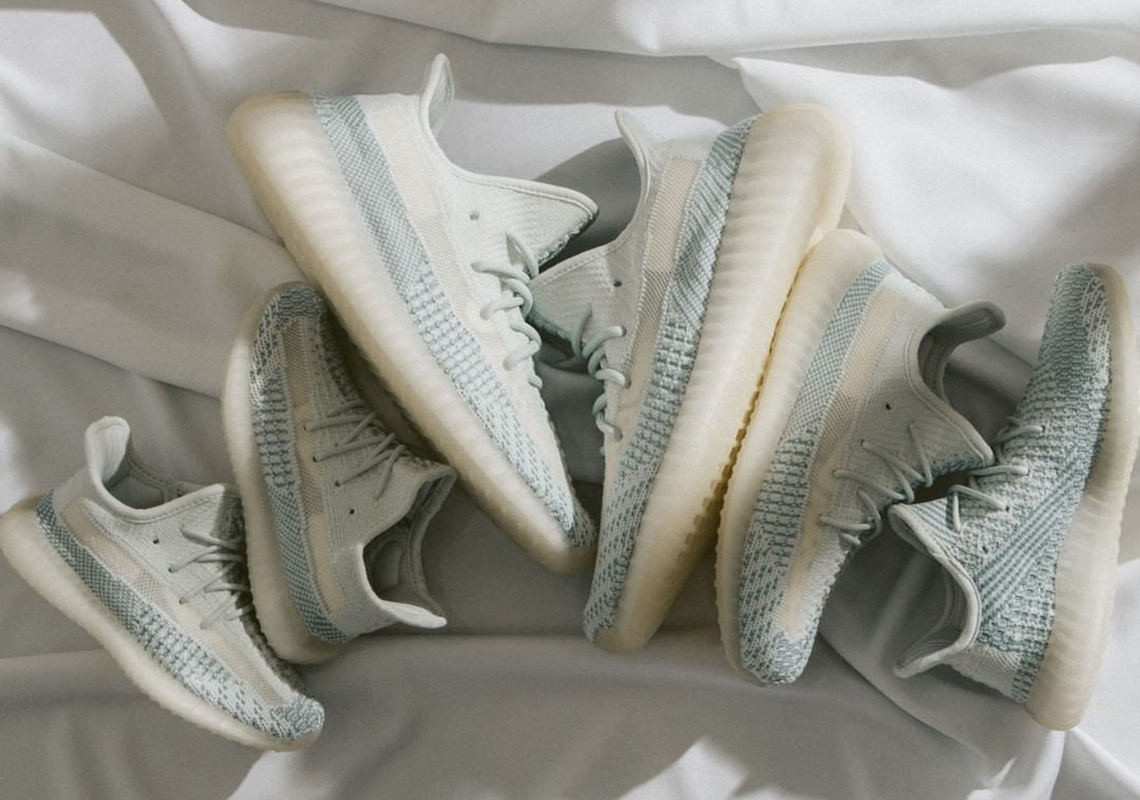 Quietly dropping their reflective variant just yesterday, the adidas Yeezy Boost 350 v2 “Cloud White” is ready to show up once more though without its shiny upgrades. Bearing the same colorway, which borrows much from the most neutral of past editions, is tinted once again in an almost white yet still cool-leaning shade. Primeknit uppers switch up appearances at certain points thanks to its double threading, adding dimension to the lower half as contrasting elements add a slight marbling effect. Right above the segmenting window, the construction is much less involved with a strong preference to flat whites over whats adjacent. Grab one more detailed look at the pair right here and be sure to check out our Cloud White Yeezy store list to secure a set for yourself on their September 21st release date.