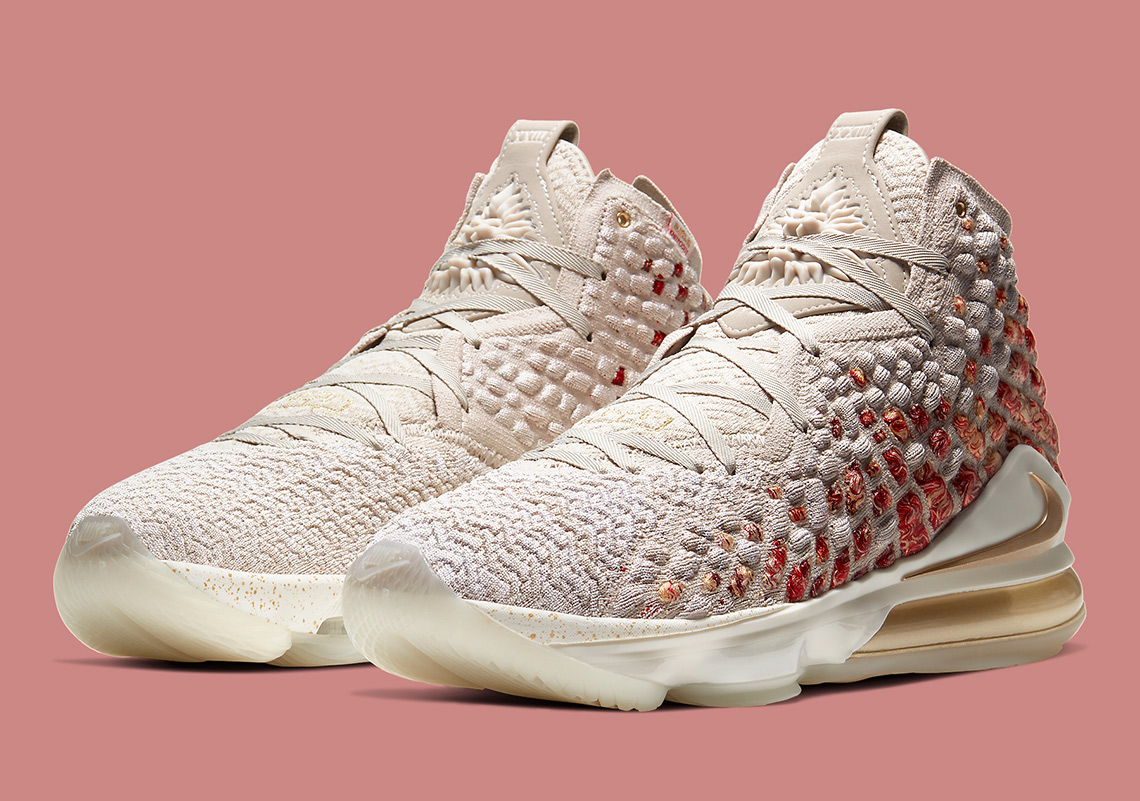 After initially linking up with Nike last season with the LeBron 16 silhouette, Harlem Fashion Row connects with the King for a second year in a row, dressing up the Lakers star’s signature shoes in a sublime color palette and the breathtaking lion’s head applique. Seen here in official imagery, the Nike LeBron 17 HFR mixes in tones of desert sand, metallic gold, and cedar to accomplish this empowered look, while a custom logo on the insole represents the zip codes of Akron, Los Angeles, and Harlem. As previously mentioned, the three dimensional lion that debuted with the LeBron 16 HFR now appears on the tongue, with the beast’s fierce jaws acting as a lace lock of sorts. A release date of December 6th has been noted on several release calendars, so stay tuned for the drop next month. 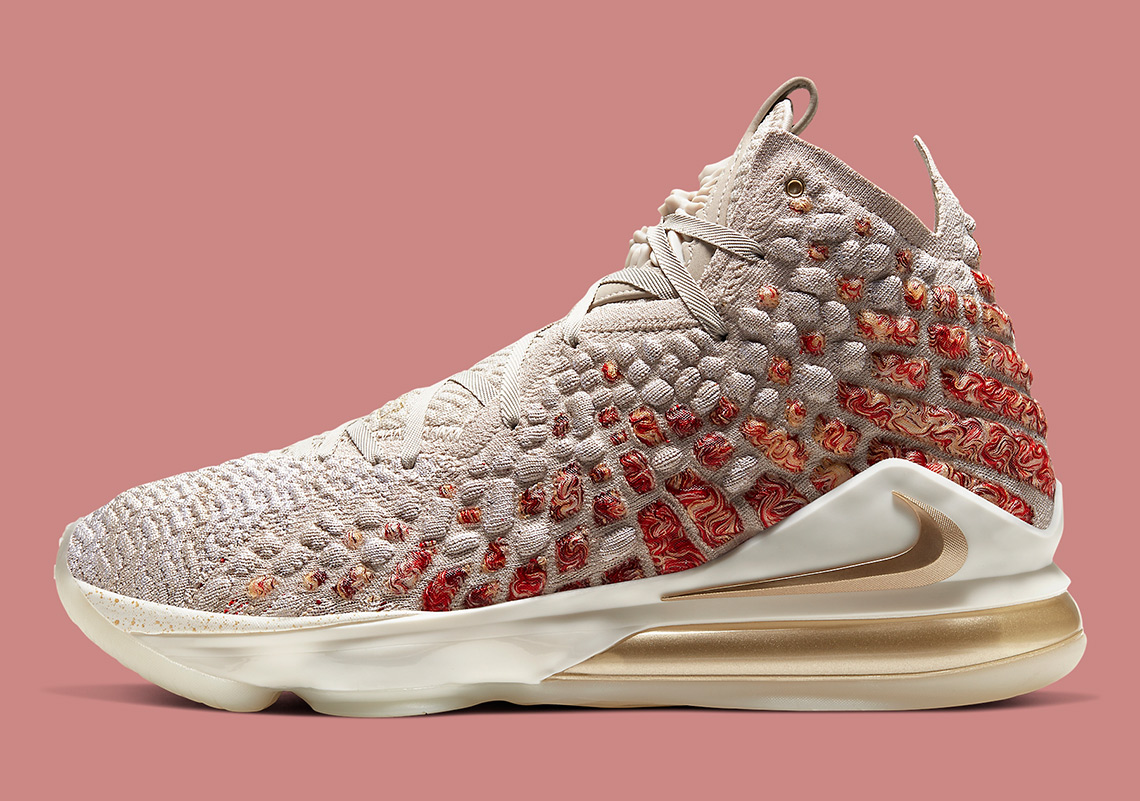 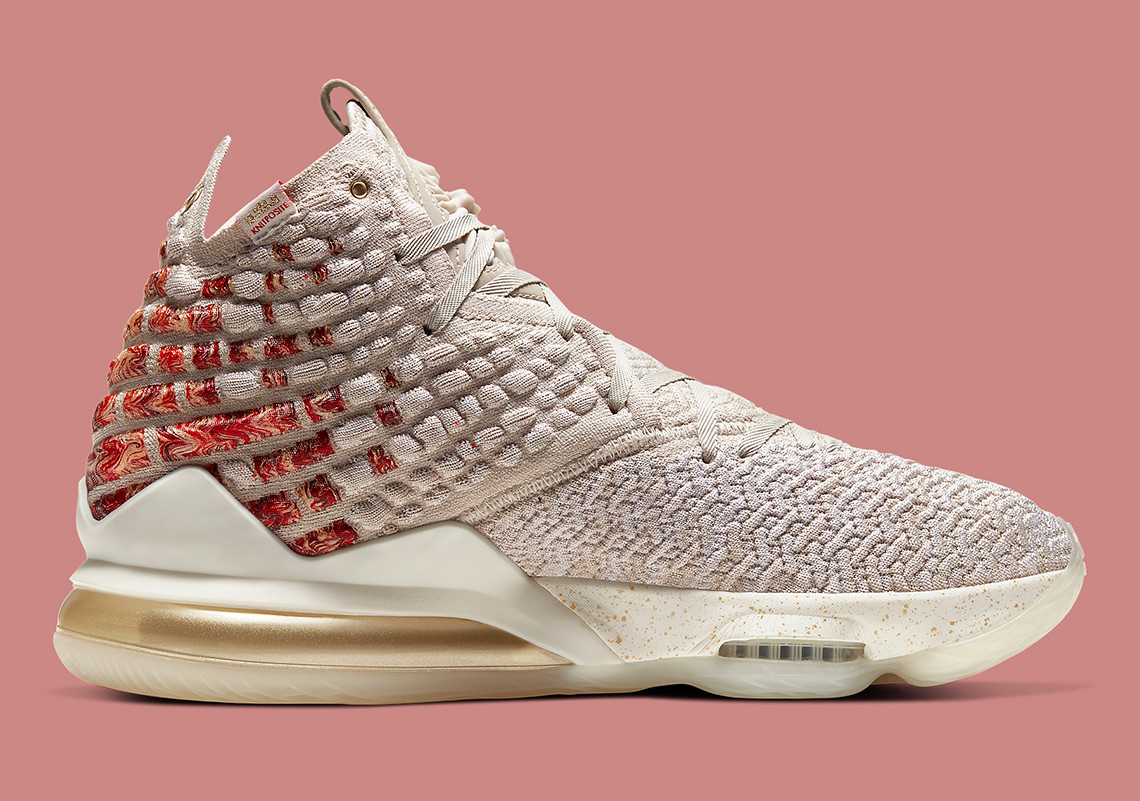 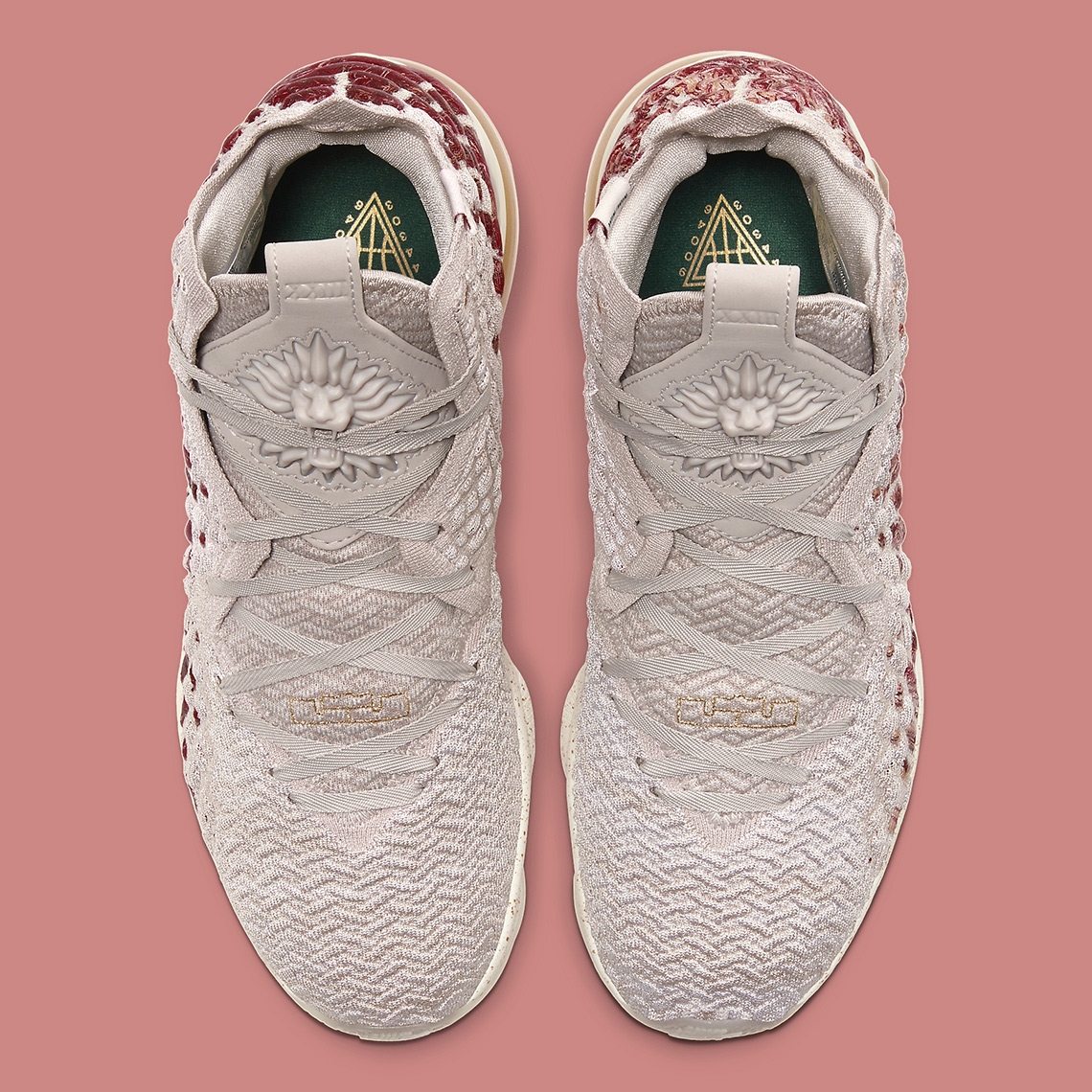 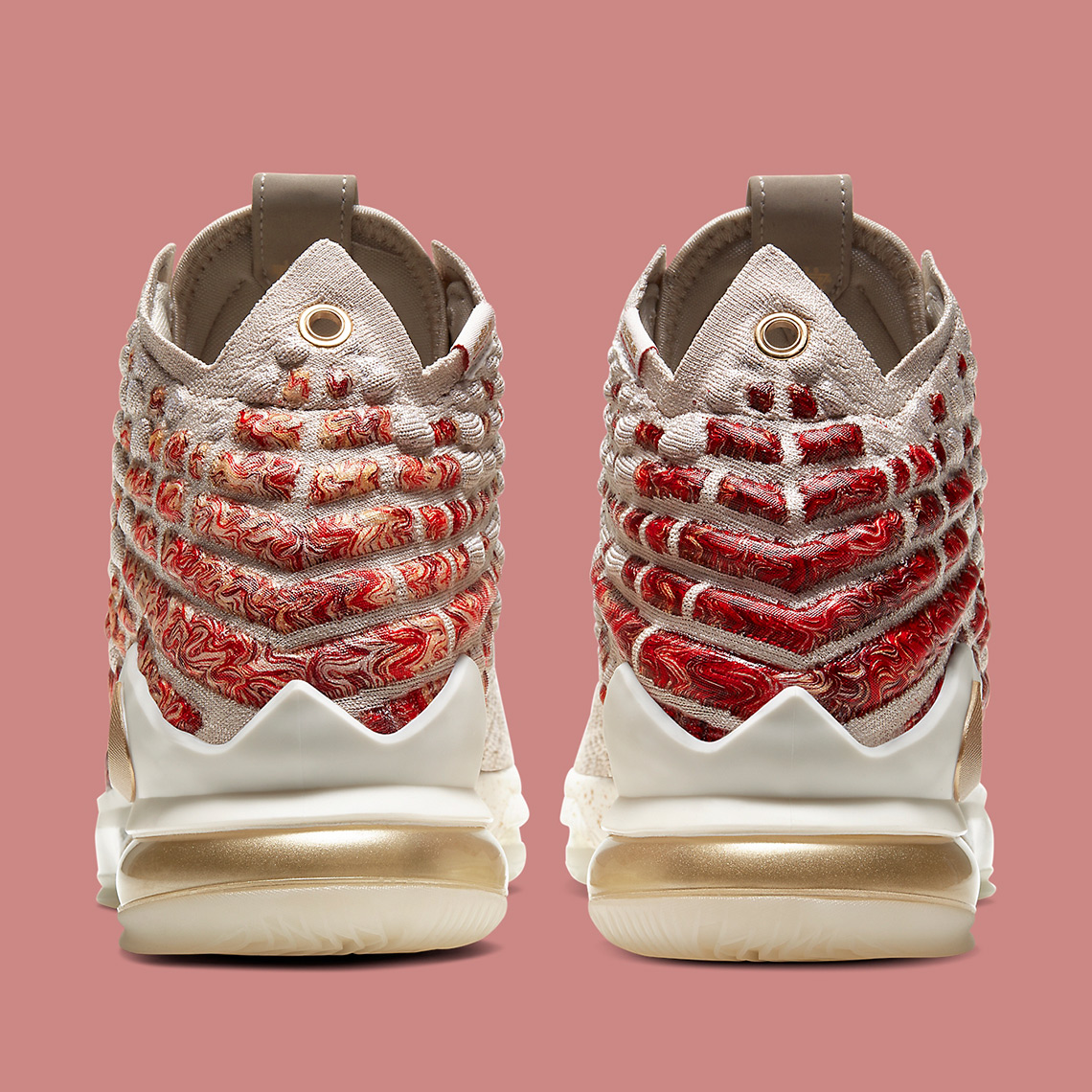 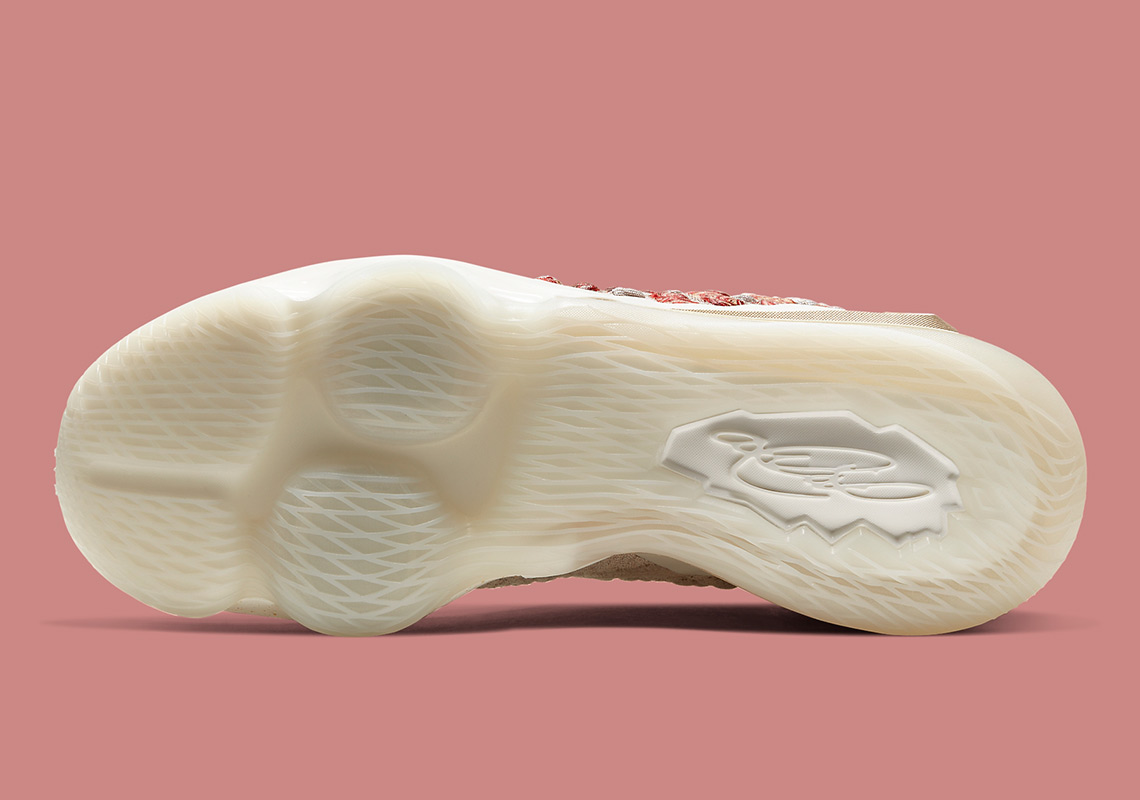 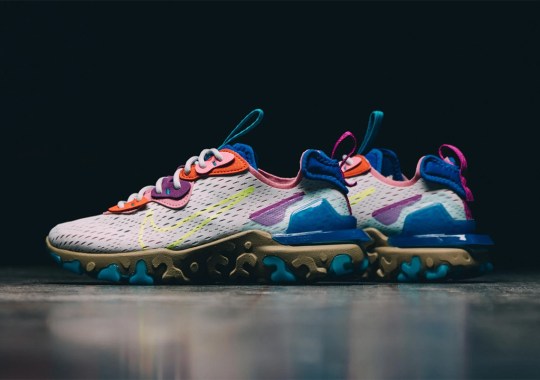 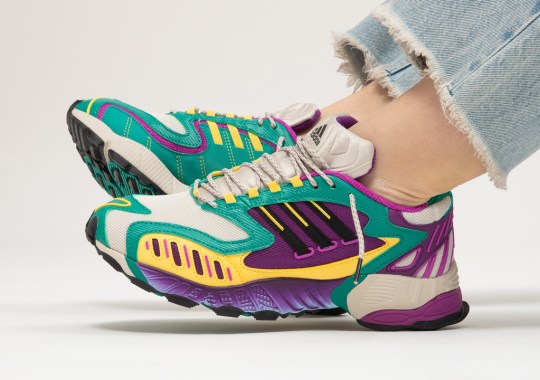