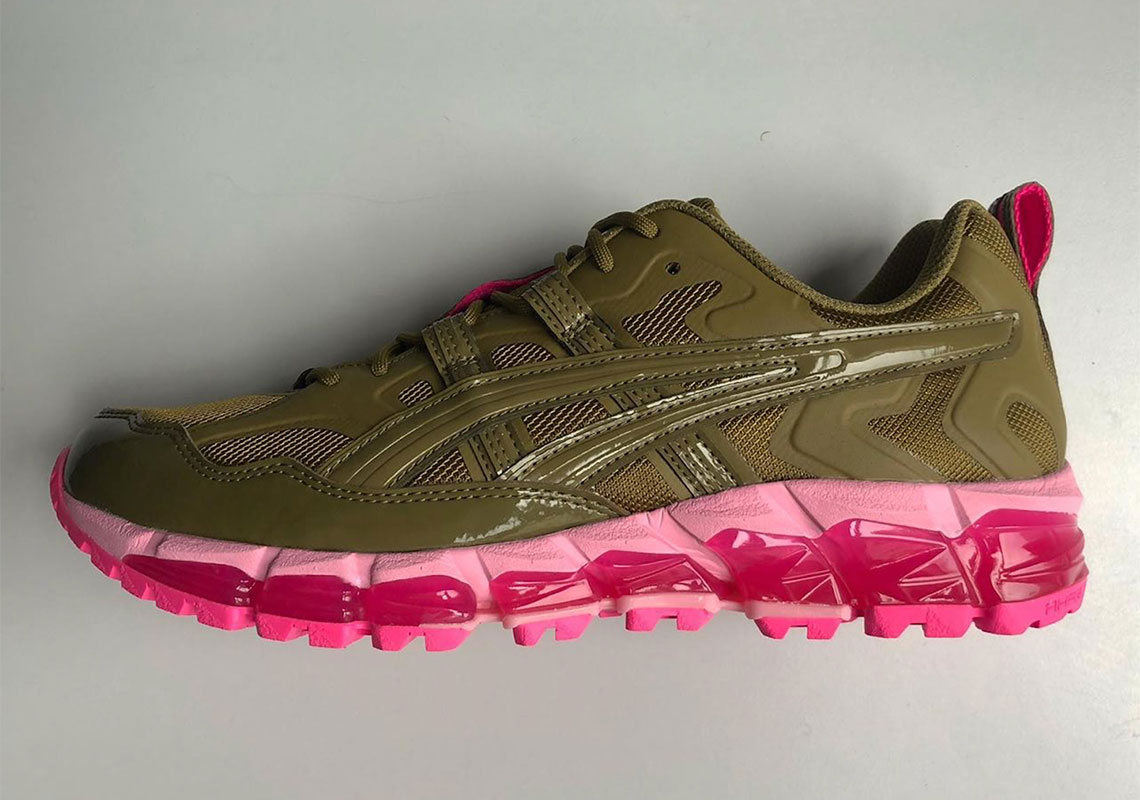 Following the success of their GEL-Kayano 5 collection earlier this year, Gmbh and ASICS are have certainly sparked up some conversation as a continued partnership to lookout for in the footwear industry. And it looks as though the German-based imprint is looking to build up their catalog even further as Serhat Isik has just teased that another colorway of their next collaboration involving this upcoming olive and pink rendition of the GEL-Nandi is in the works. This forthcoming offering lends its upper mesh and patent leather to a singular earthy tone and features a vibrant trio of Pepto-Bismol pinks that adhere to a much louder aesthetic in comparison to the tonal white pair that he first previewed back in September. Stay tuned for more info as we learn of an official release date, and keep your eyes peeled for more colorways to be unveiled in the near future.