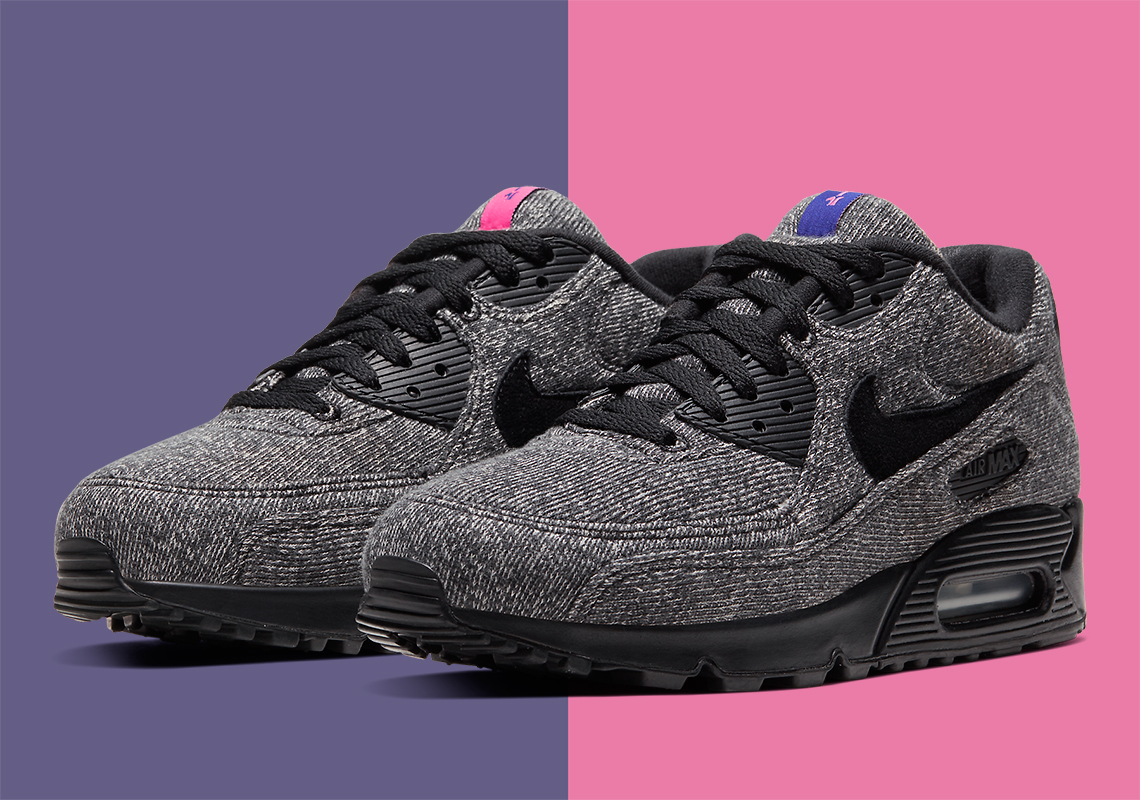 Turning sweatshirts into sneakers has always been Loopwheeler’s collaborative tool of trade when Nike’s involved, and after a few years away from the culture, the Japanese specialists are back at it again in what is a playful celebration of their upcoming 20th anniversary. While a 95 is also on the way, it seems the Air Max 90 has beat it to official images, boasting a texture quite fair bit more distinct than its younger successor. From toe caps to heel counters and everything in between, the pair is ripe with only one texture: an almost herringbone-esque fleece marbled with white and grey threads in perpetuity. This quite winter-ready fabrications covers the base almost entirely with little escaping coverage; only overlaid accents and laces depart by way of a stark black, the swoosh of which takes on what looks to be a distressed wool. Elsewhere, asymmetric tabs color in with bright pink and sultry purple — the only bit of color on the entire palette — while heel molds mismatch as well with “Nike Air” on one side and “LW” on the other. Grab a detailed look here, and though it may be a Japan exclusive, expect them to release on December 14th. 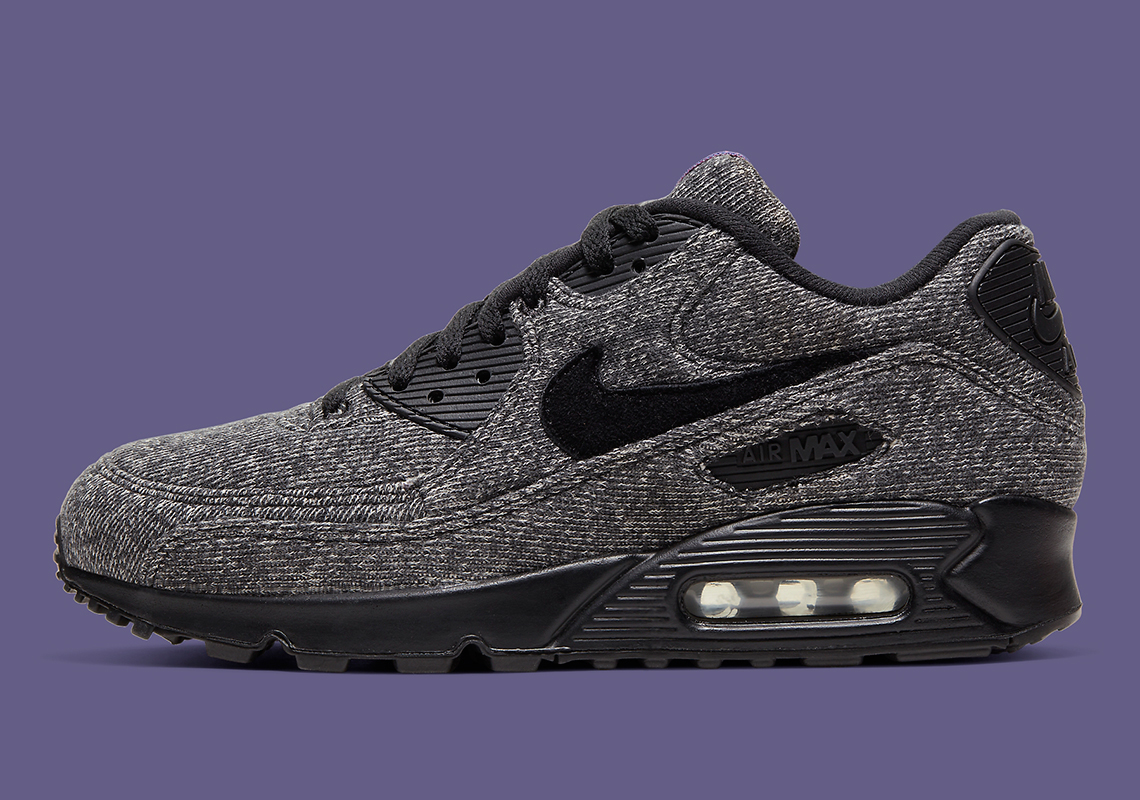 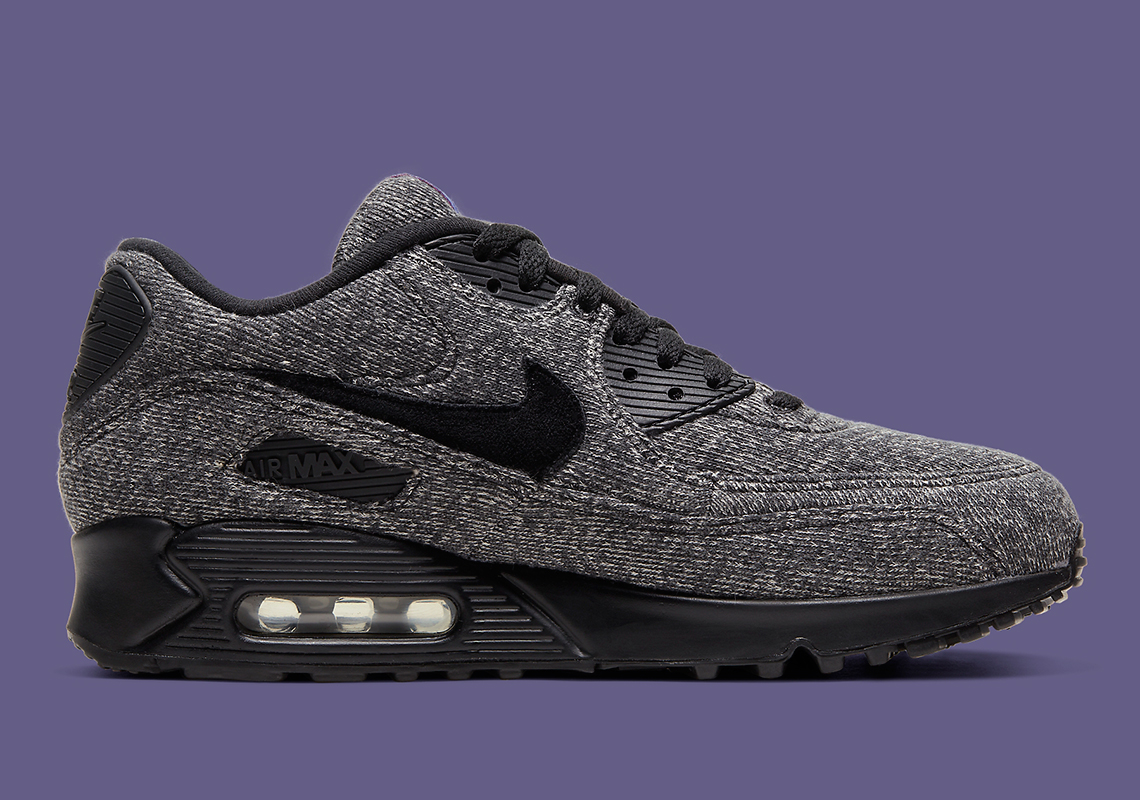 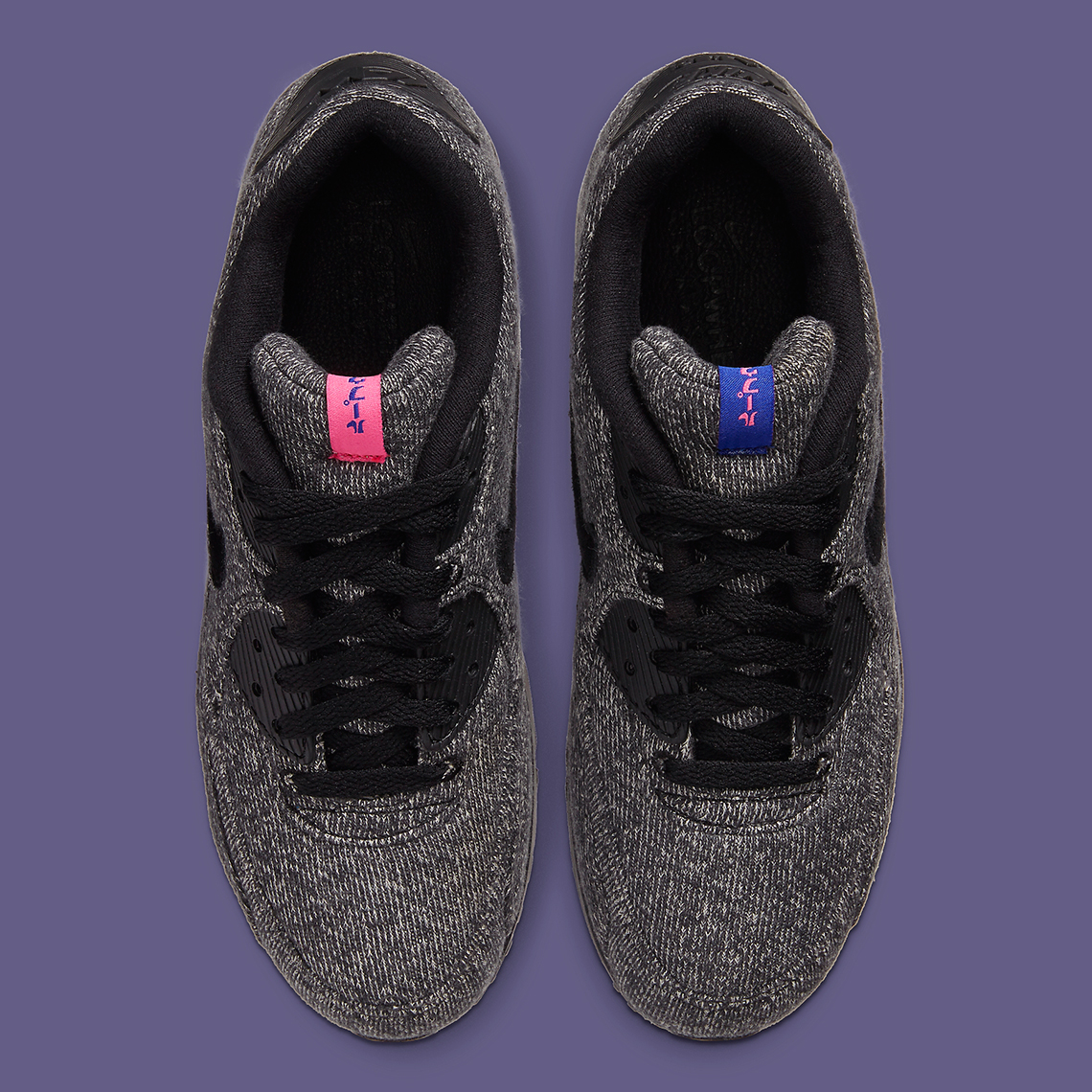 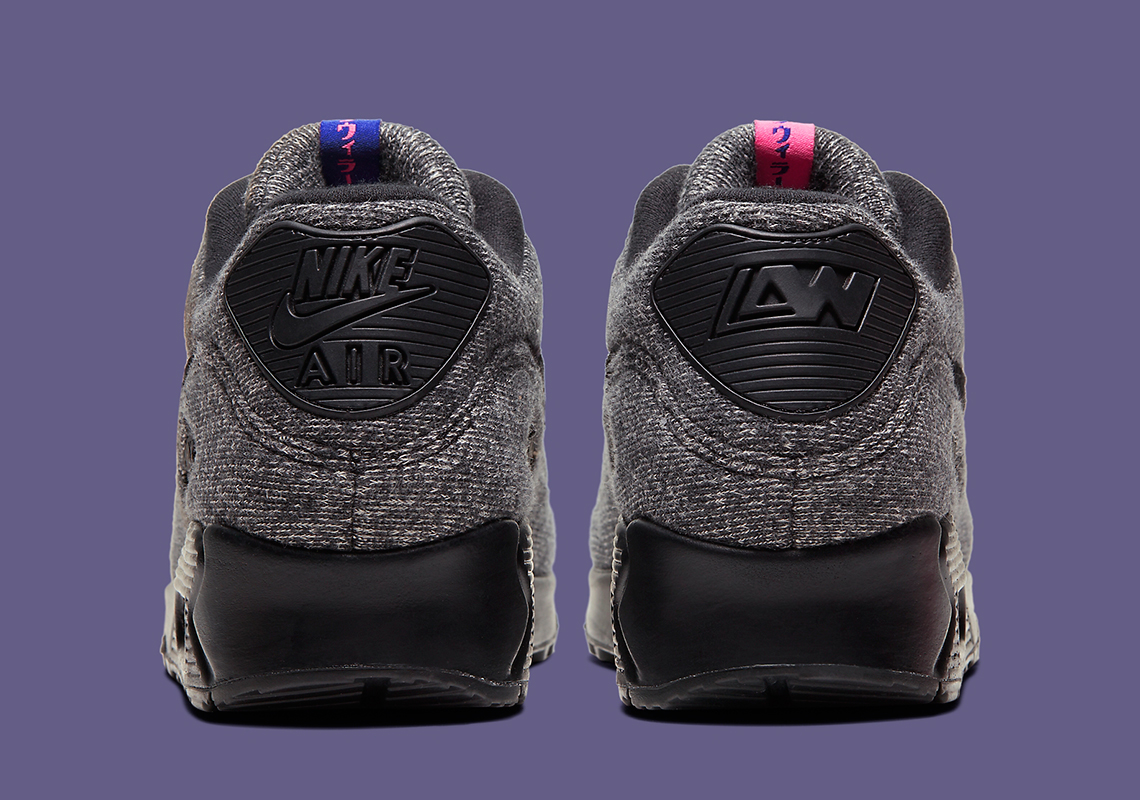 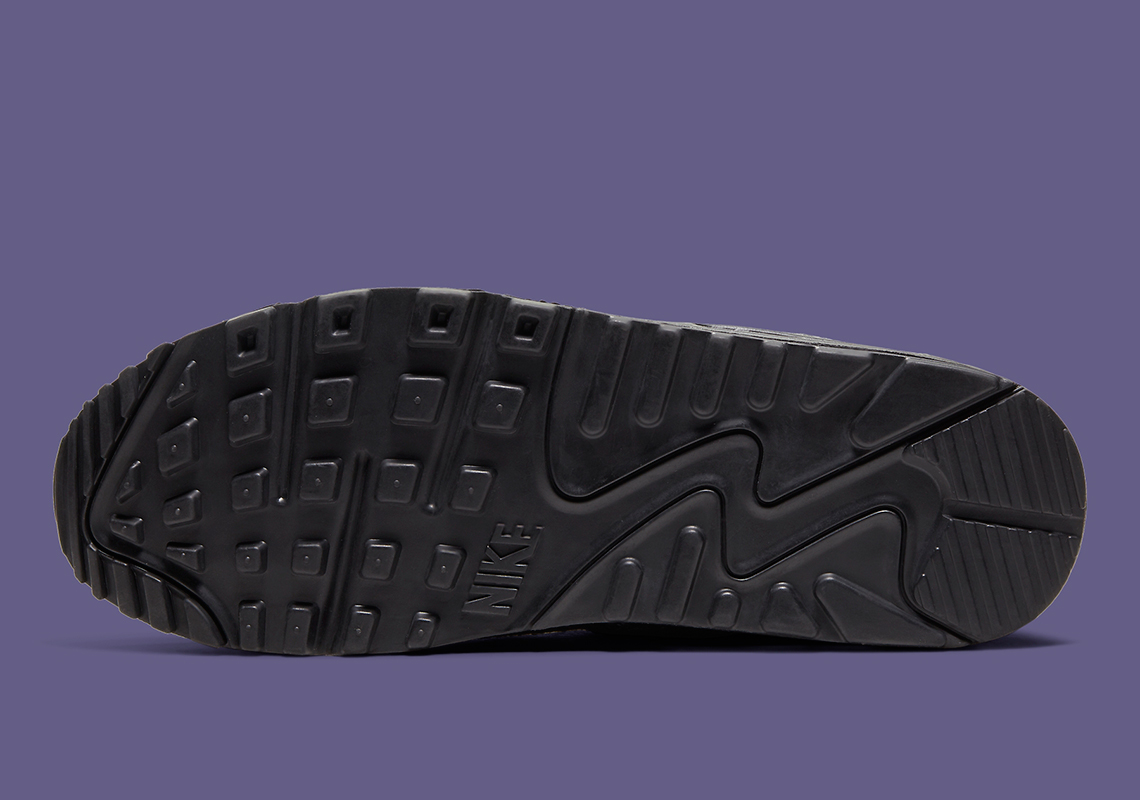