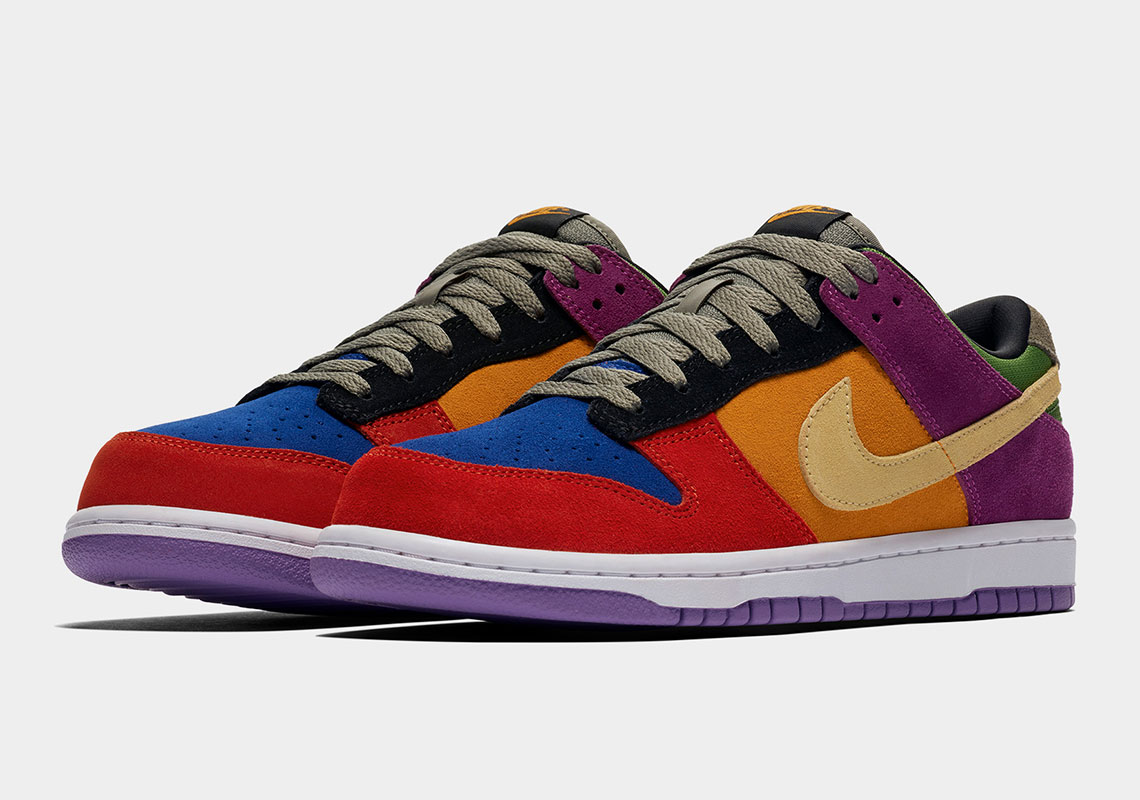 Very few sneakers earn the distinction of being a “cult classic”, let alone being popular in the first place. The Viotech Dunks, however, are the extremely rare exception as they’ve garnered that insiders-only following on two separate occasions. The first came in the earlier part of the decade after Nike dropped these overly colored Dunks in Japan, as sneaker fanatics grew to feverishly hunt down the low-top retro basketball shoe in all its forms. The second wave arrived thanks to Virgil Abloh as the Off-White founder and Louis Vuitton figurehead put a lot of the new generation onto the silhouette via subtle (and possibly strategic) placement on his Instagram. It seems the Swoosh has been paying attention to the murmurs on the streets, because the Viotech Dunks are making its third overall release on December 10th on SNKRS/SNEAKRS, NikeLab, and select retailers, so hopefully the outrageous resell prices come down to earth. See the official images below. 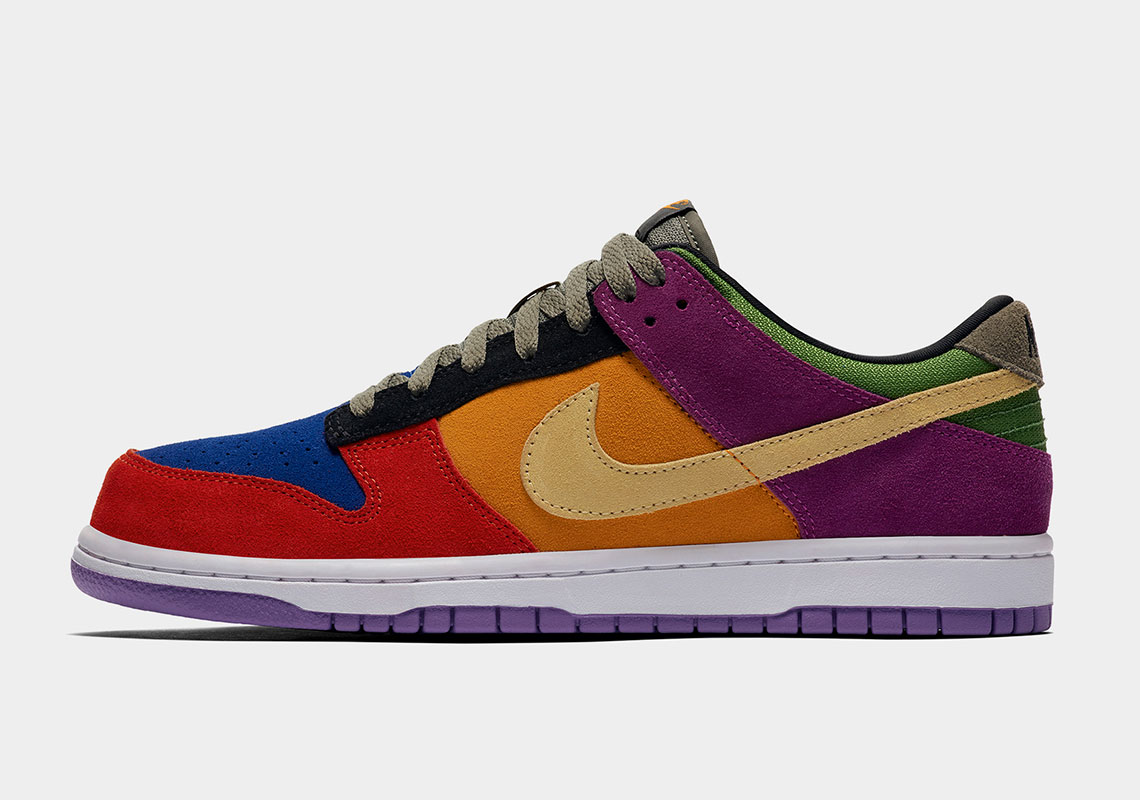 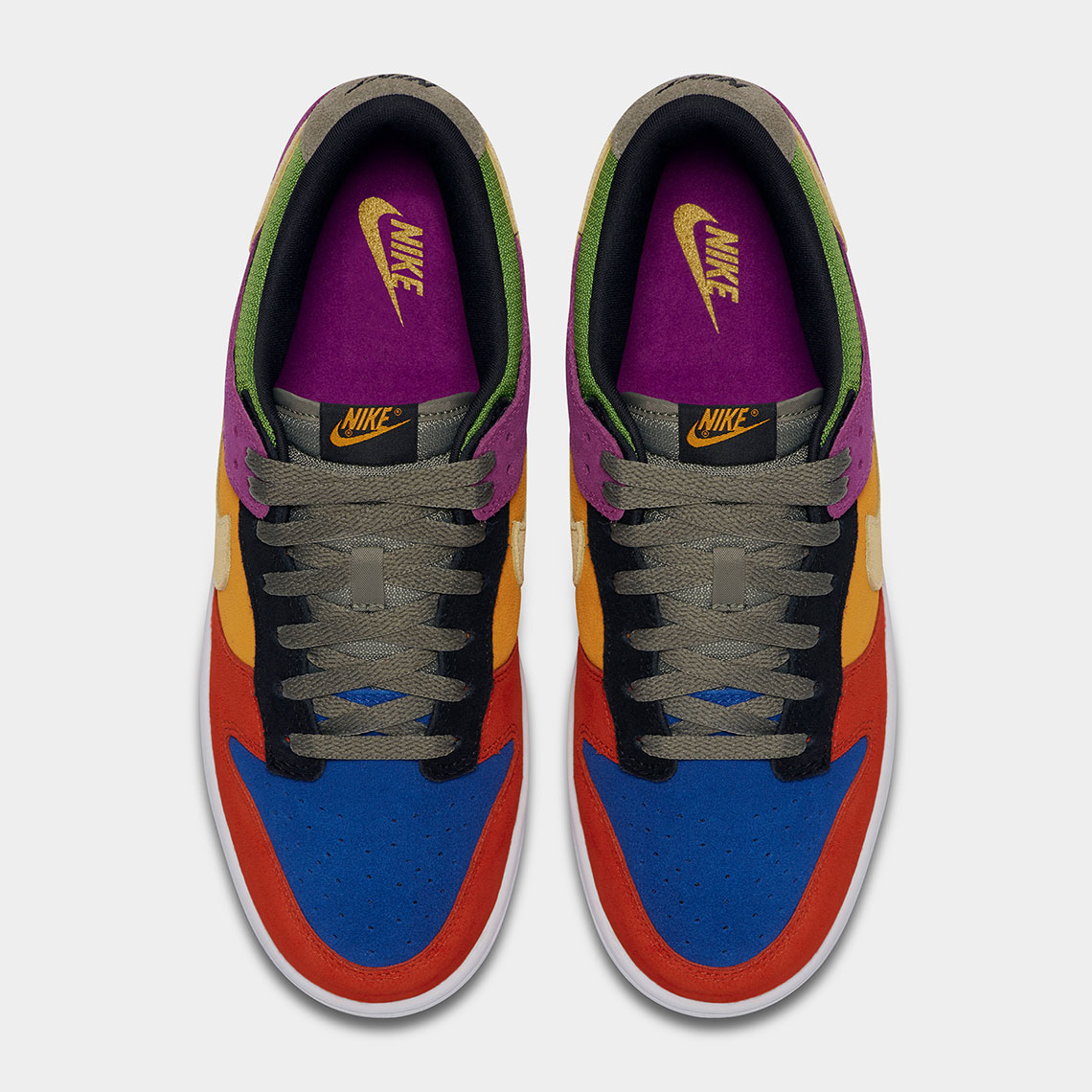 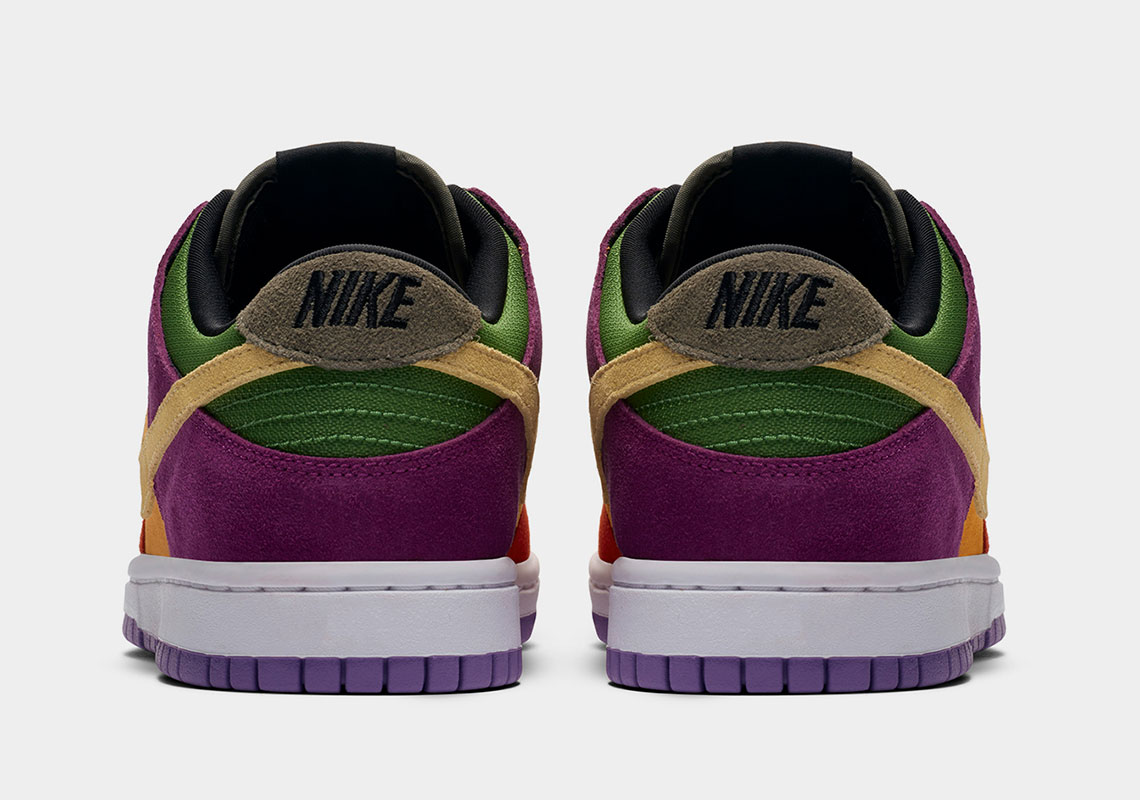 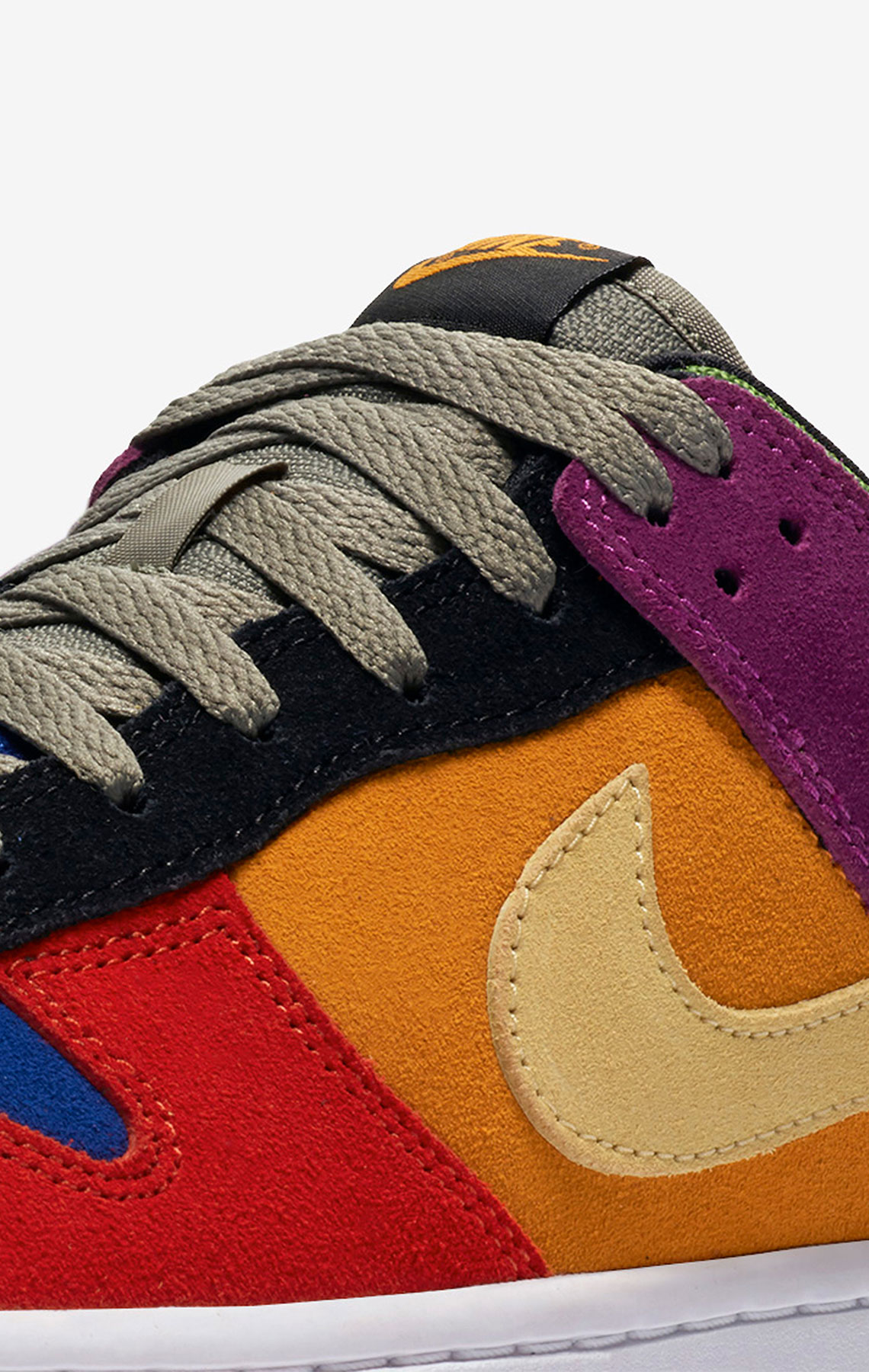