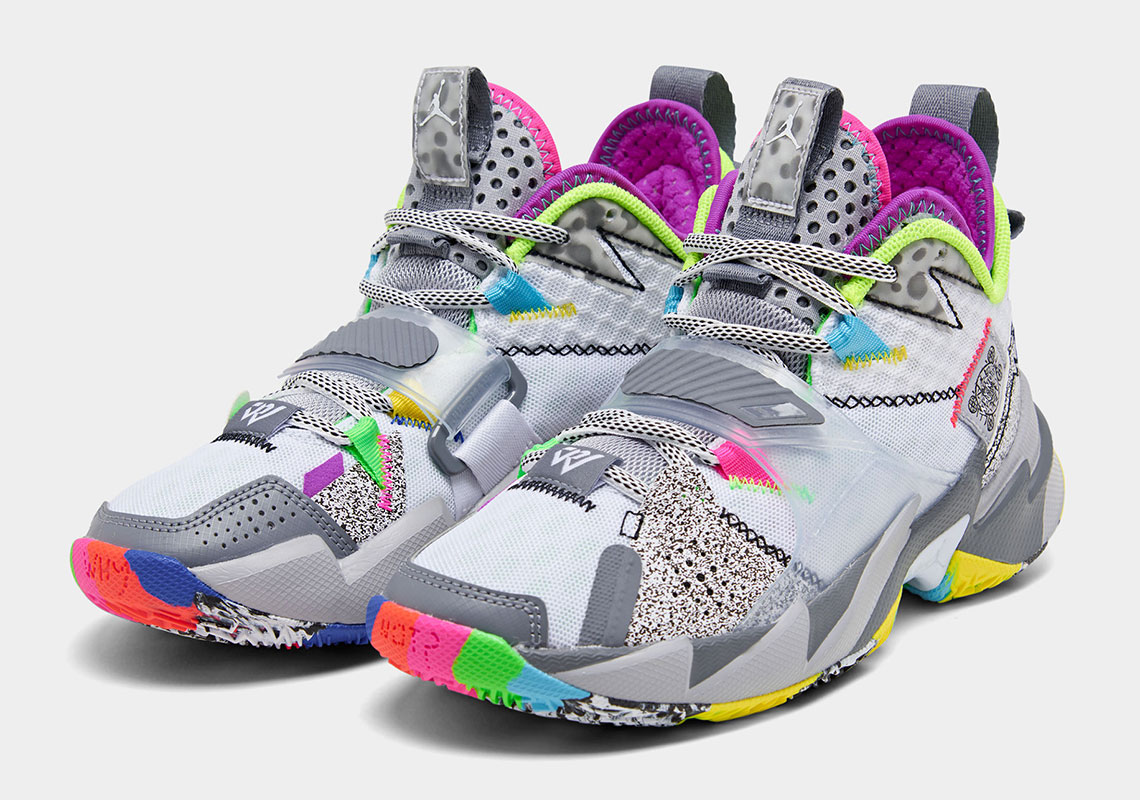 First Look At The Jordan Why Not ZER0.3

Russell Westbrook, including his ill-defined and often chaotically described personality, is often difficult to truly encapsulate tangibly, yet with his Jordan signatures, the athlete has done well to give way to personal expression and subtle anecdotes on his life off the court. Though the line has ushered in many an impactful release prior, a new year means a new update, and his Why Not ZER0.3 delivers on the very aesthetic they’ve tried to achieve since its inaugural silhouette years back.

Gracing the new decade almost immediately, the pair borrows heavily from its direct predecessor, taking the general shape and ironing out the kinks with reinforced paneling, extra stitching all around, and even a brand new midsole mold. The latter component, with an extra layering topped along the side walls, affixes the most colorful feature across the entire kit: a tread whose patterns and hues display an abashedly retro-inspired mosaic that the rest of the upper then follows quite loosely. Among this, grays see to the most frequent use, diverting in shade across mesh to smooth leather overlay with some even donning a white noise print or circular shapes. Linings adorn with sultry purples, pieces sew together with bright, neon threads — eye stays doing the same in their looped webbing — while more structural enhancements, such as the added strap across the midfoot or the two-piece tongue and ankle, sit in the background of this aptly energetic design.

Grab a detailed look at the GS set right here and find it rolling out to select retailers and Nike.com on January 2nd. 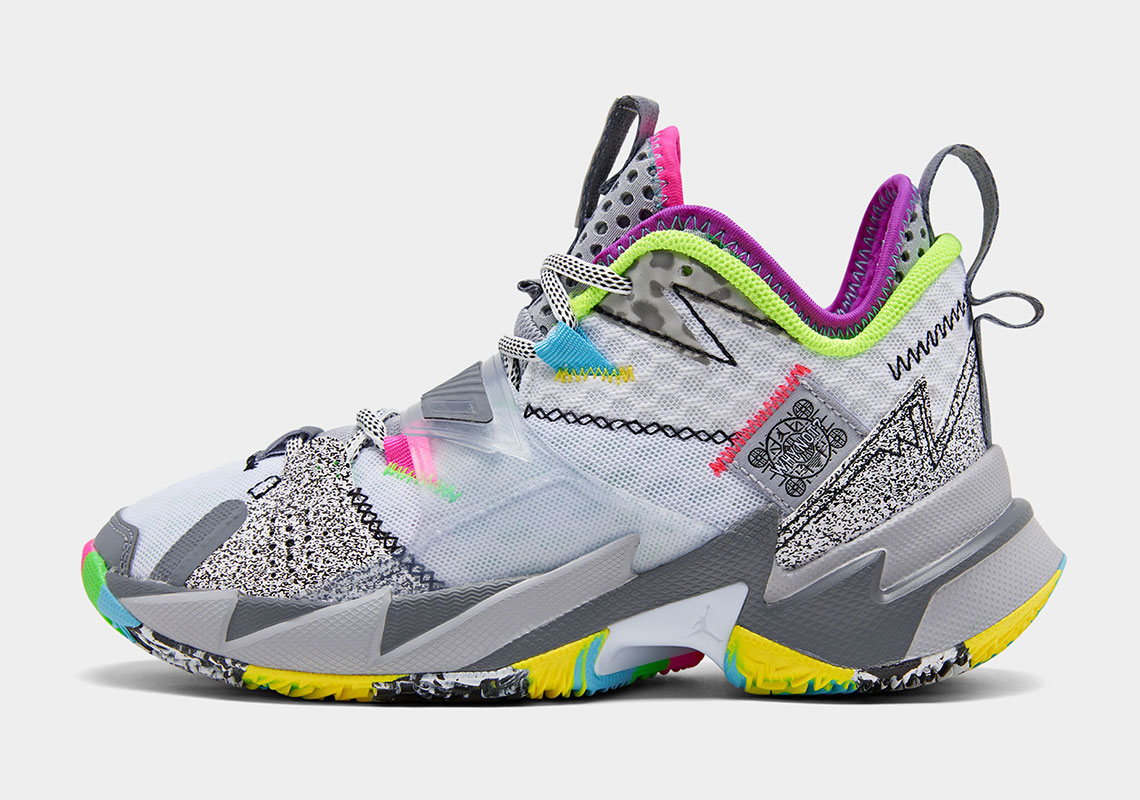 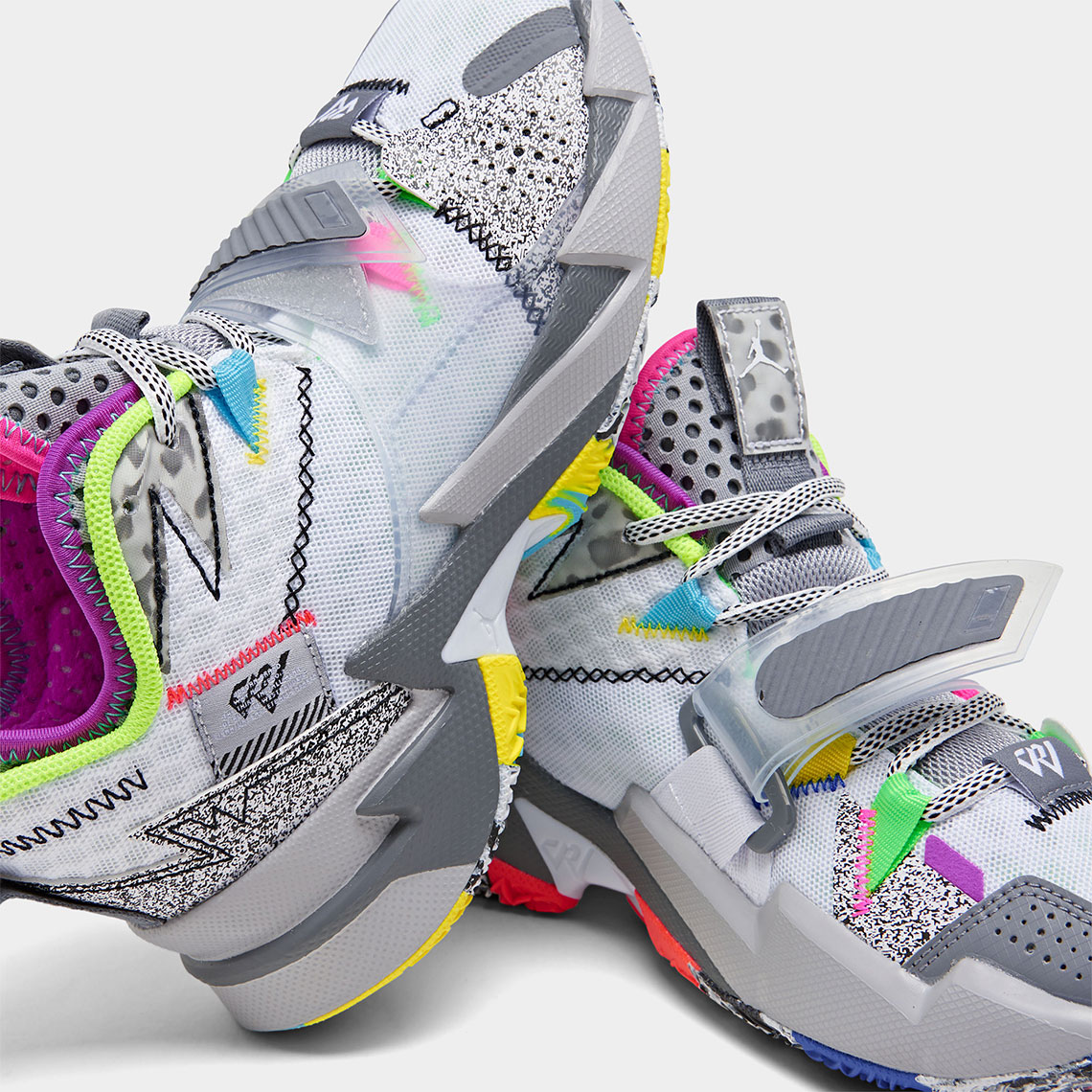 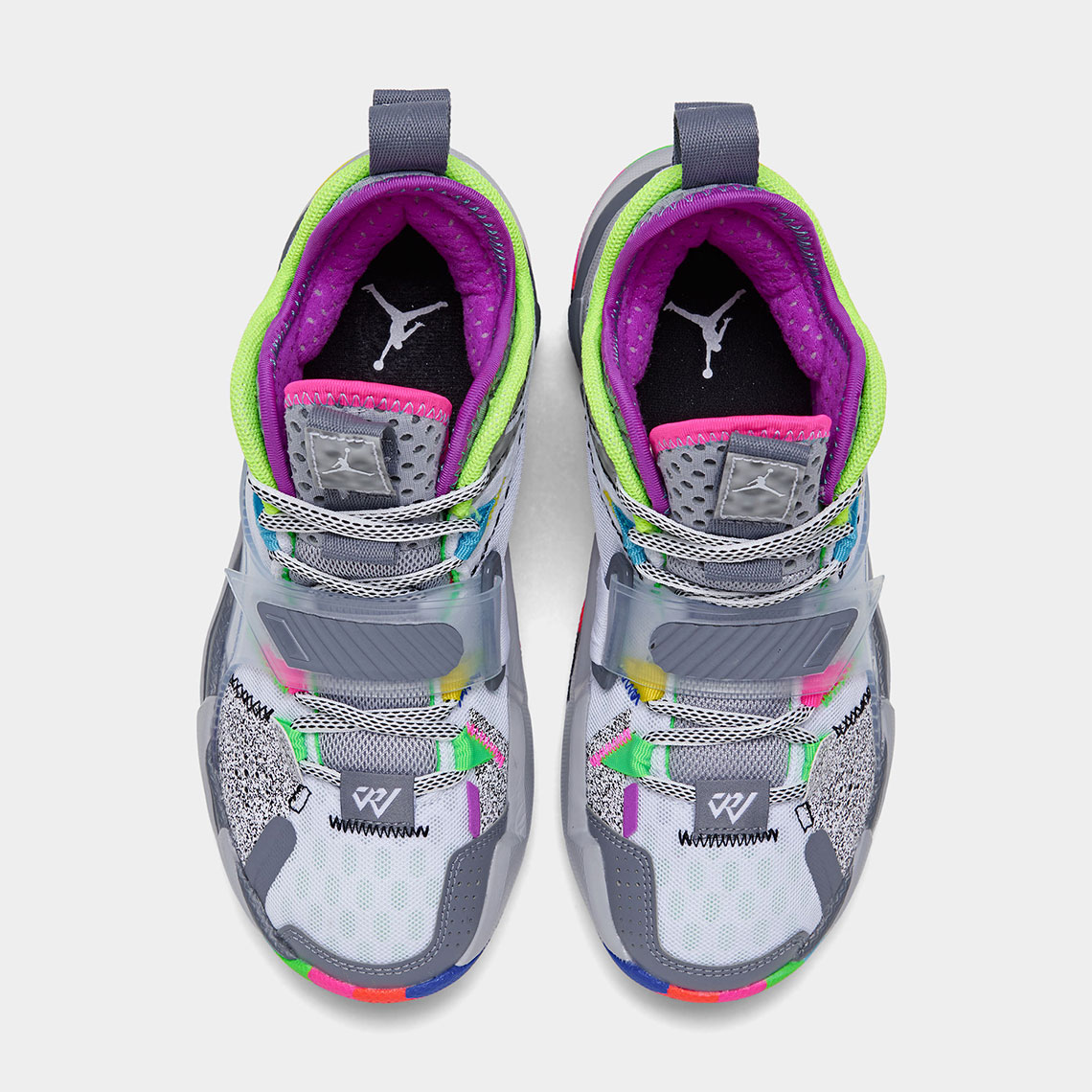 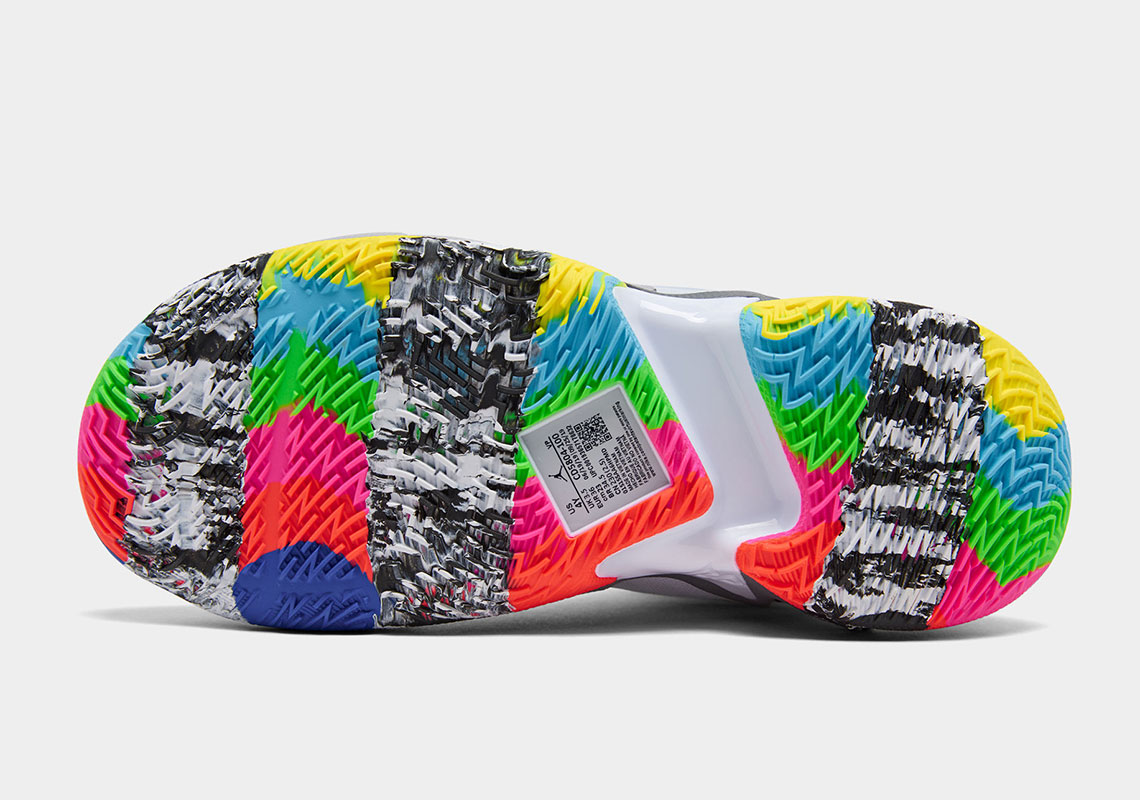 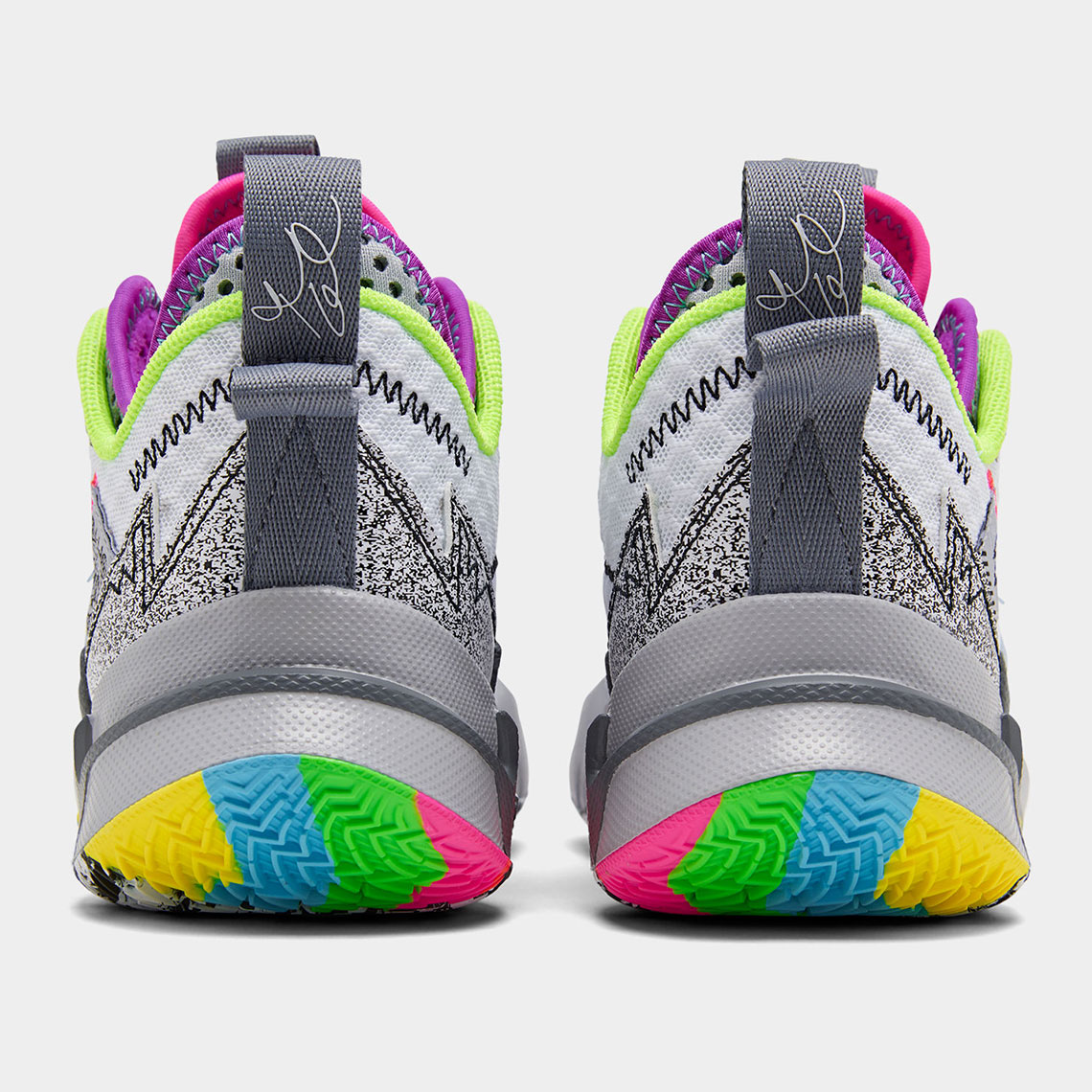