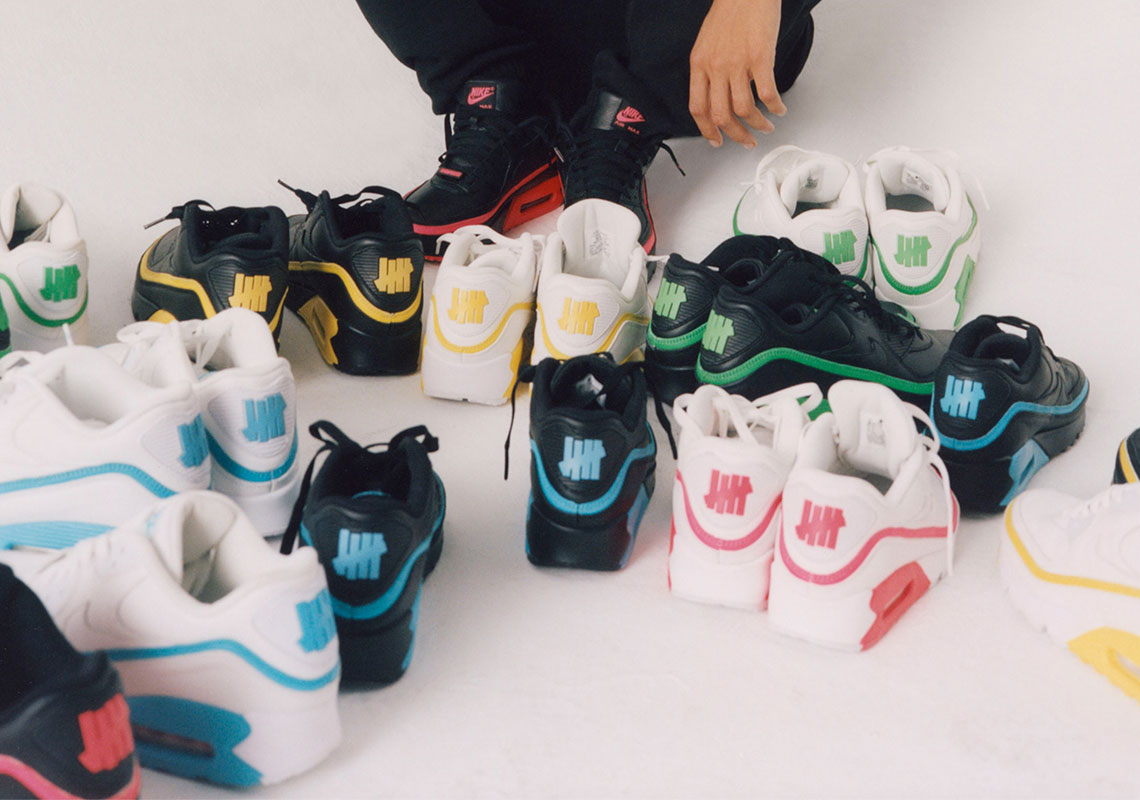 It may be difficult to pinpoint the exact birthdate of sneaker culture as we know it today, but we can certainly recognize the milestone moments that shaped it. In the early part of the 2000s, sneaker boutiques were the key drivers of the movement. Shop collabs were the genesis of hype and Undefeated’s opening in 2002 was a shift in the proverbial plates that generated a palpable ripple effect that still rumbles mightily today. Their unmatched catalog of collaborations is a what’s what of game-changing kicks, and they’ve added what’s undeniably the most popular Air Max sneaker of all-time.

For their upcoming release with Nike, Undefeated’s founders Eddie Cruz and James Bond reminisced about the NYC street-fashion scene, arriving at leather supercross jackets as their rugged yet refined muse. Their Air Max 90s are crafted with premium leathers in either black or white, but they’ve added a key addition – the double-layered mudguard – to set their take on the 90 apart from the unforgettable styles created by past entities. They’ve also stripped the embedded jewel that customarily sits above the Air unit, giving the model a bit of a BW effect. The visual identity is intended to accentuate the original sketch lines drawn out by Tinker Hatfield; this is a response to the overly angular, computer-drawn lines seen in contemporary footwear models. The four choices in accent color – Infrared, Laser Blue, Yellow, and Green – are yet another homage to heritage, dialing up the breadth to a total of eight distinct pairs.

An Undefeated collab isn’t complete without the shop’s signature five-strike logo. You’ll see it replacing the ‘Nike Air’ on the left heel badge, while the italicized stripe logo is rigidly placed on the dubrae.

On December 27th, Undefeated will exclusively release all eight colorways of the shoes. After that, only the Laser Blue and Yellow iterations will be available come December 30th on Nike SNKRS, SNEAKRS, and select retailers worldwide. 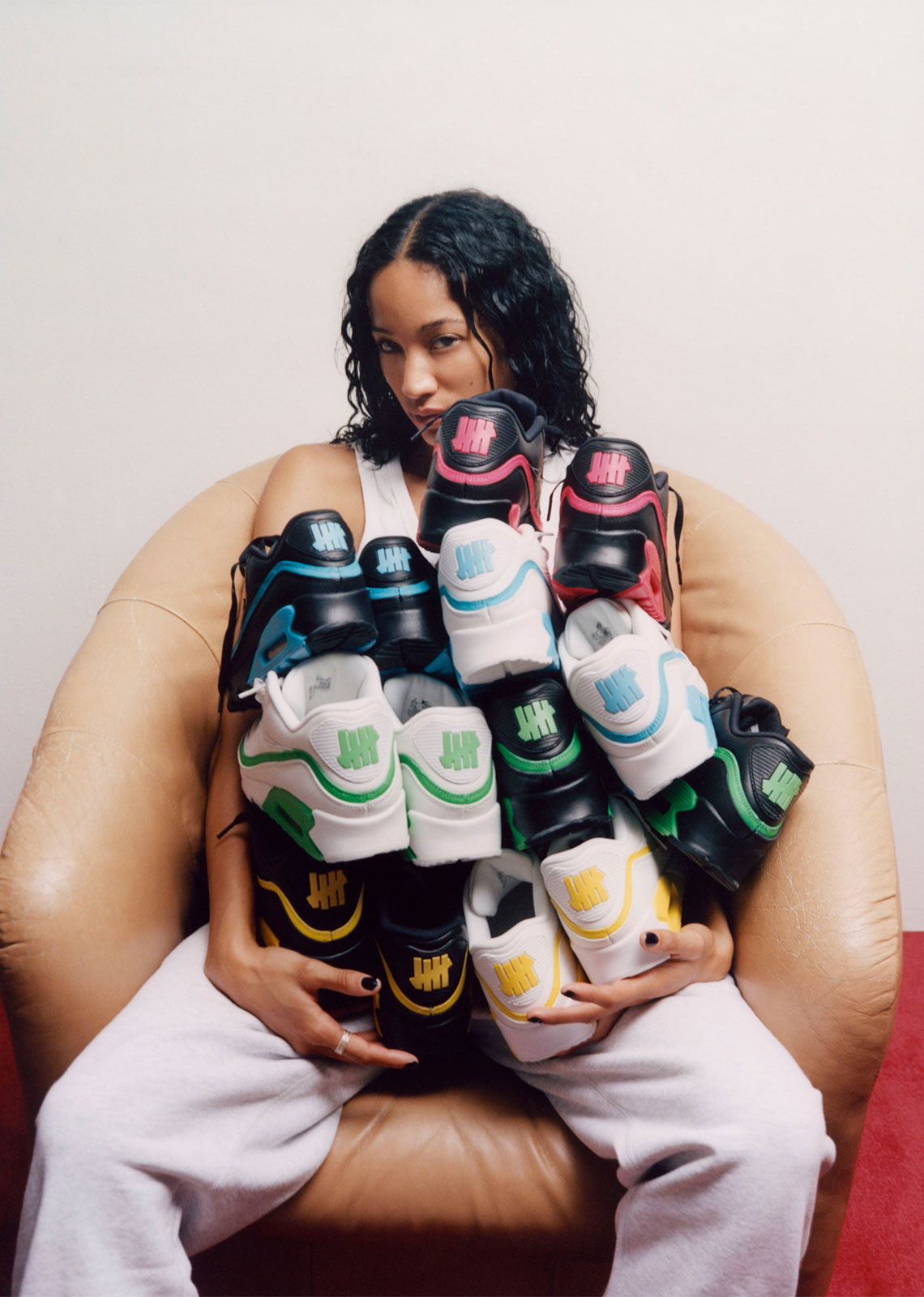 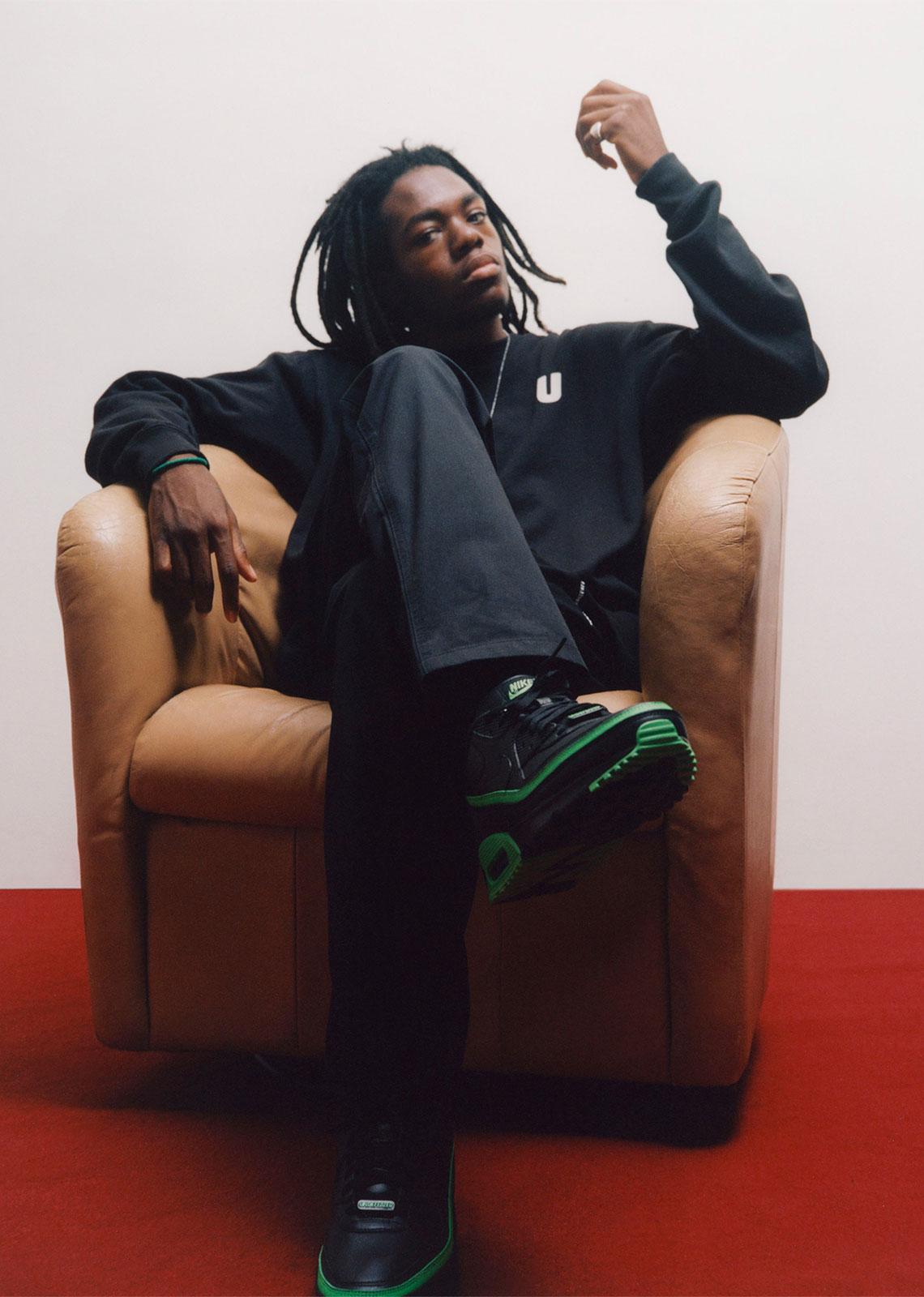 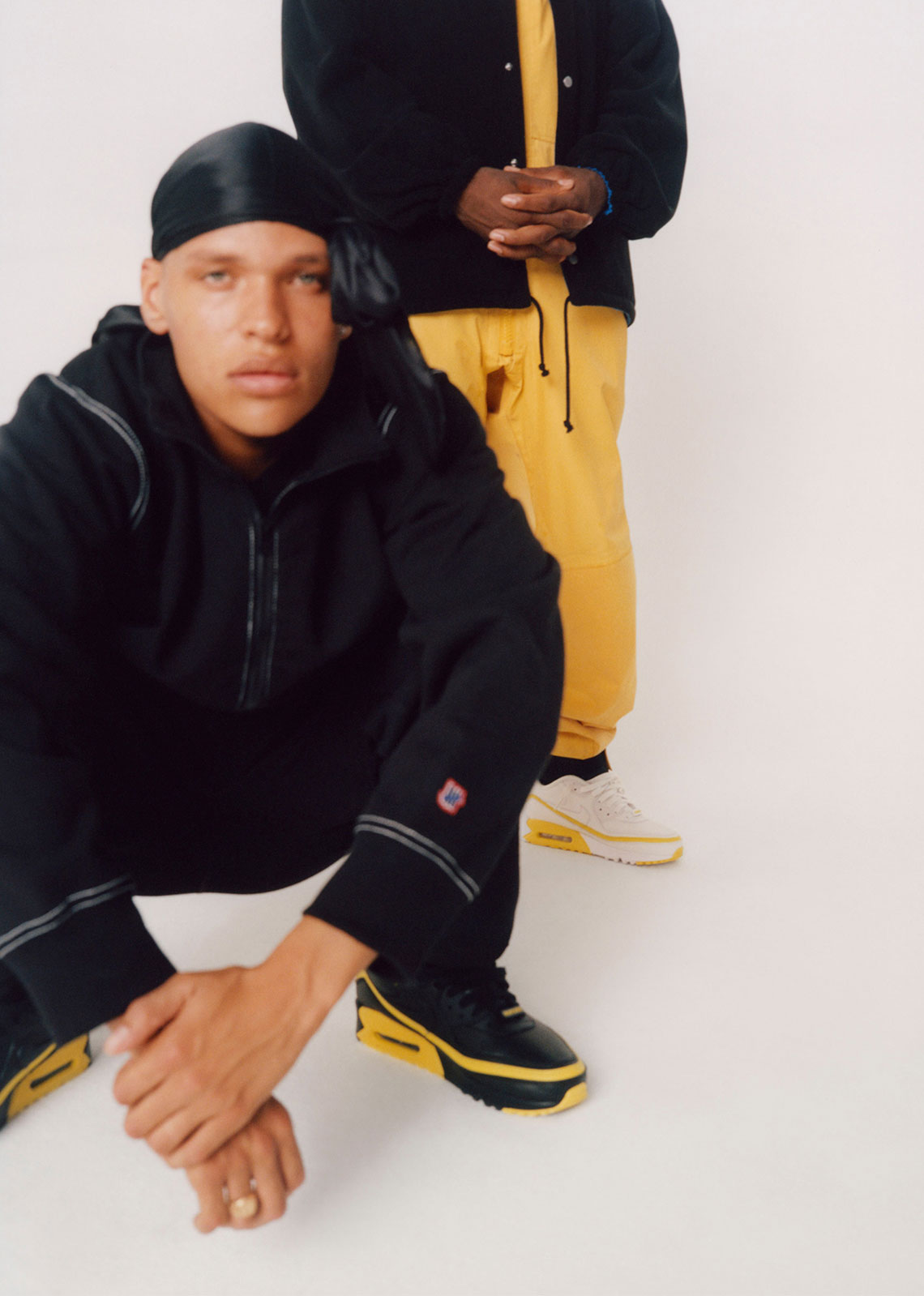 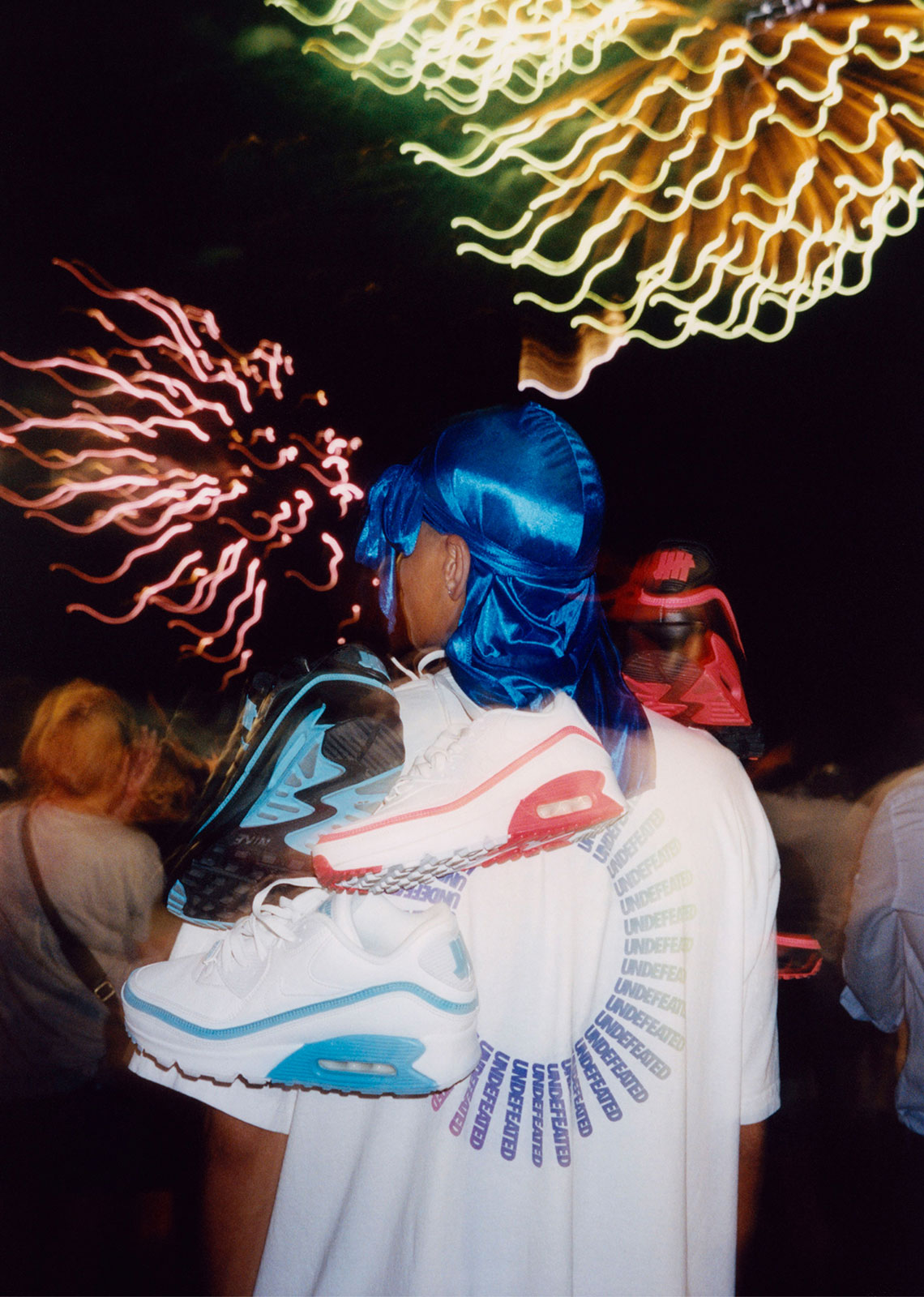 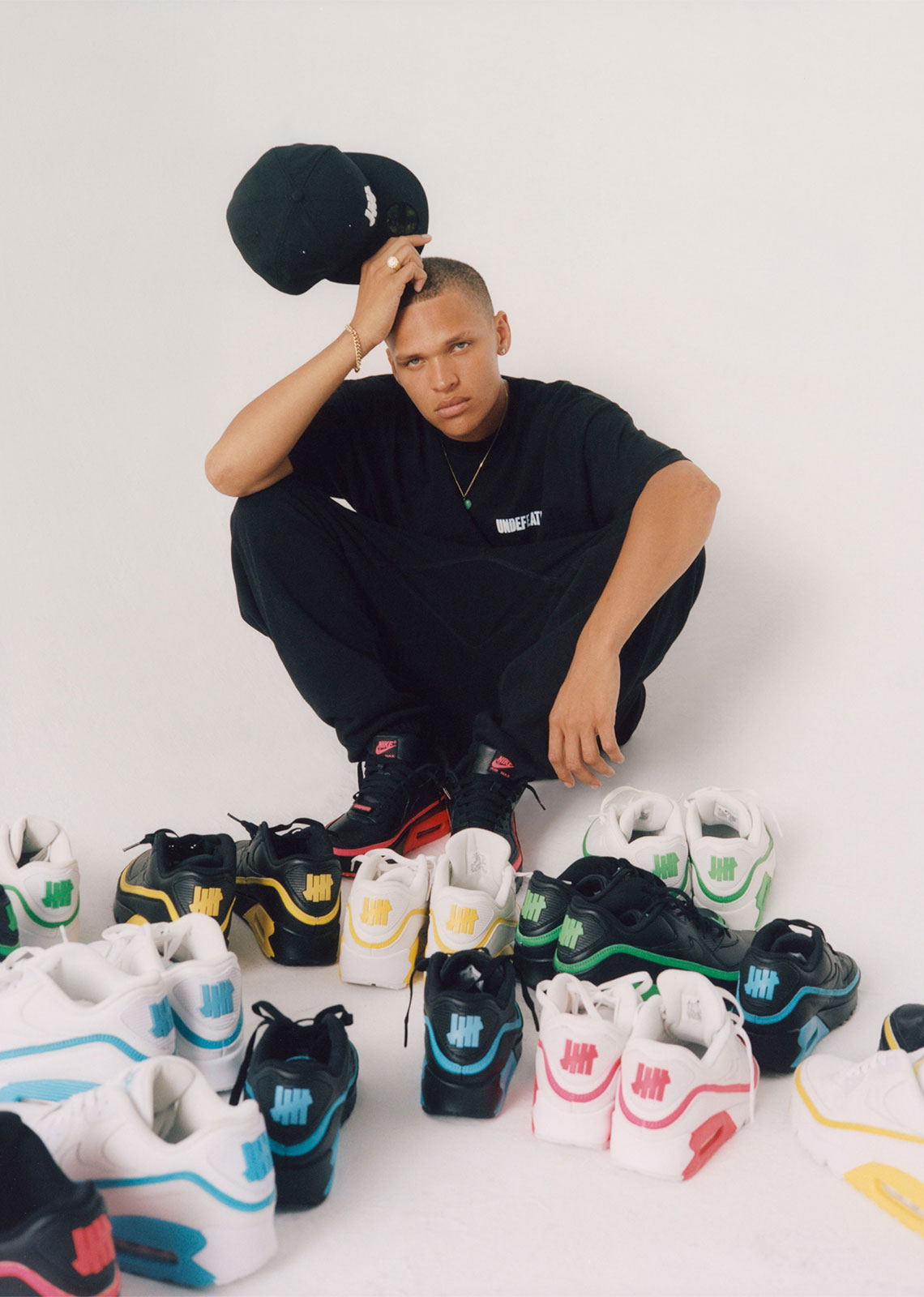 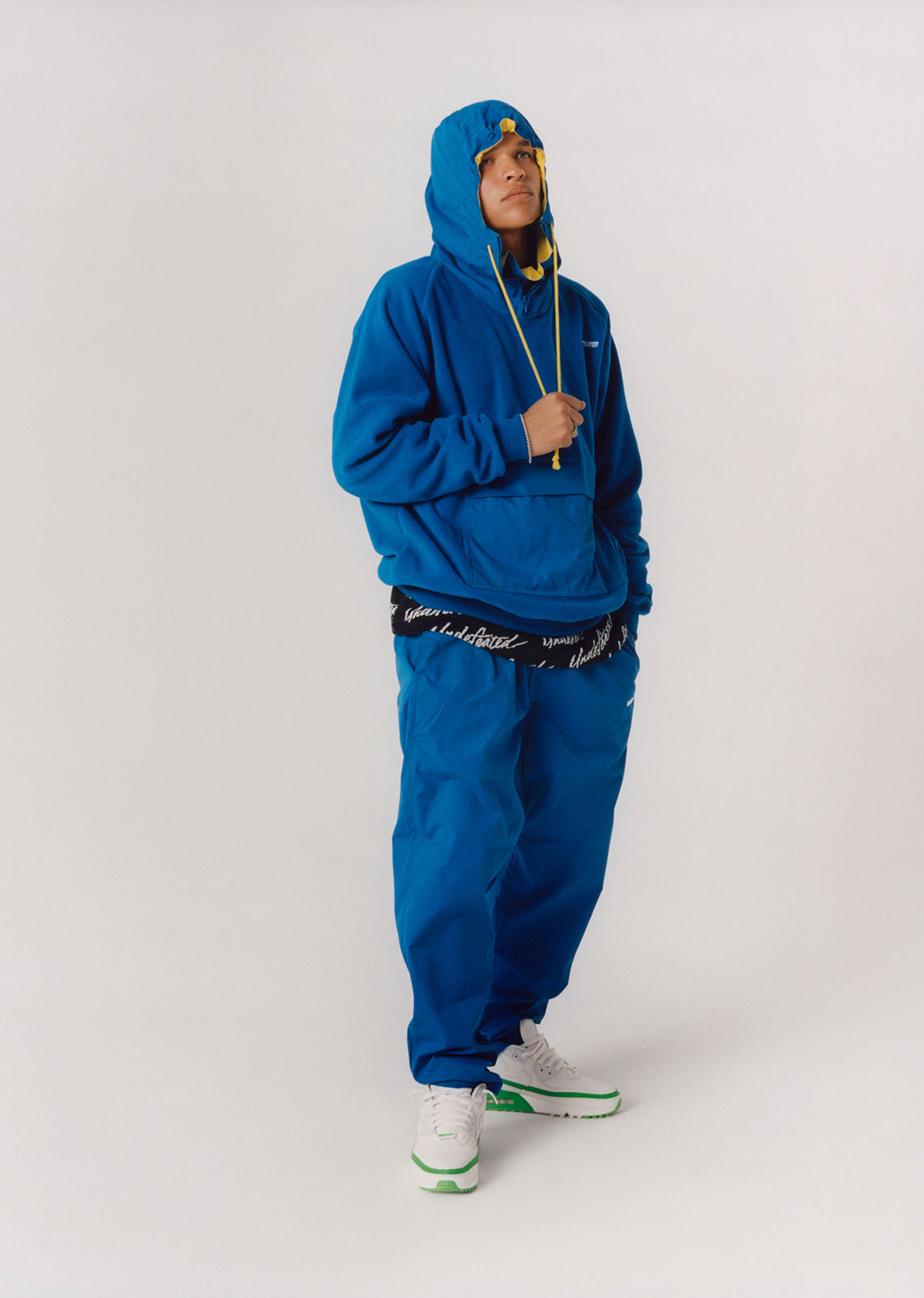 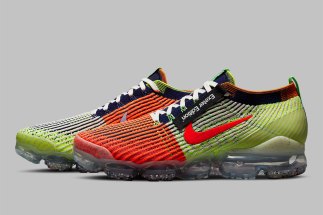