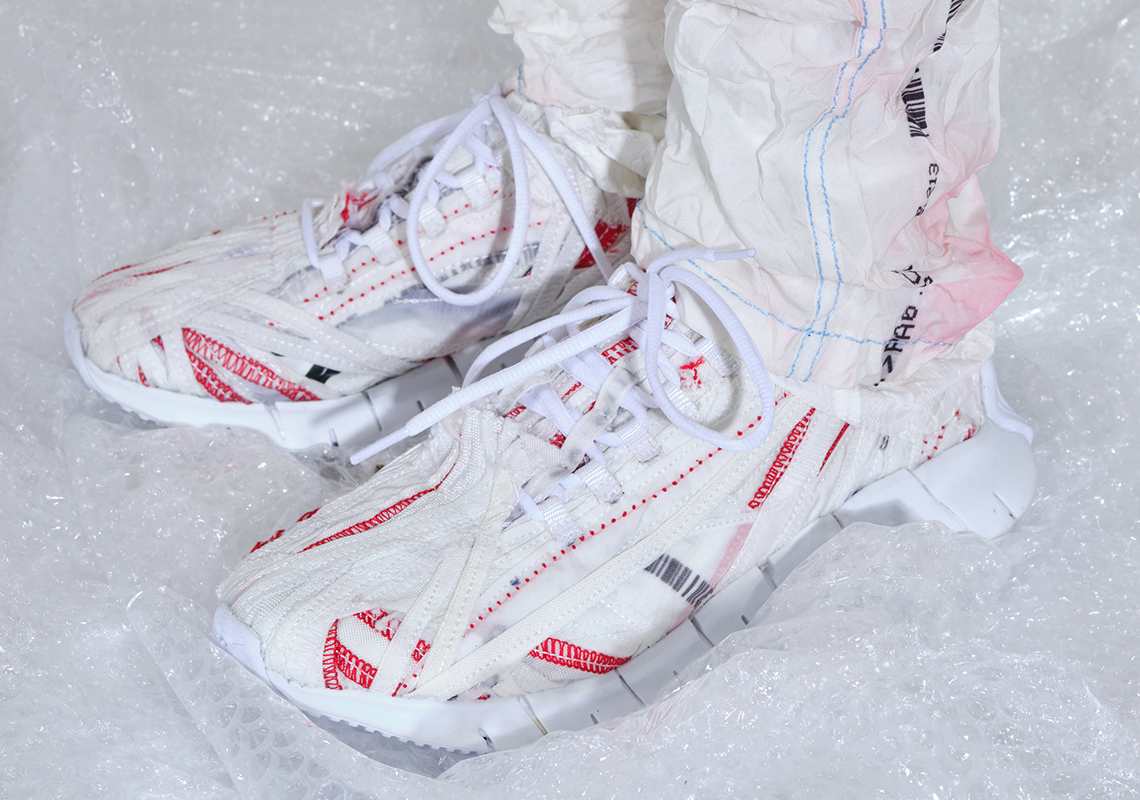 Despite being new to the footwear scene, South Korean visionaries Kanghyuk — designed by Royal College of Art graduates Kanghyuk Choi and Saglak Shon — have only dealt in exclusives numbers, doing so yet again with Reebok for what is now the third time. The first two, with the SRS Sole Fury as the muse, introduced their air bag constructed motifs in both black and white: the latter an integral part in Dover Street Market’s Monochromarket-themed celebrations and the former an ever-coveted release that only set foot in few boutiques nationwide.

Hopefully receiving a much more expansive roll-out this time around (though unlikely), their latest in partnership with the Vector-marked brand’s Advance Concepts program finds a new home along the experimental SRS Zig. With sole units working relatively in the background to provide energy return, comfort, and everything of the sort, the upper is anything but as reserved with the menswear label taking extreme liberties with the silhouette’s original form. Shape is still relatively there but traditional panels are almost removed entirely for cut pieces of their typical material of choice; white synthetic bases accent with red notes along, crafting piece-by-piece with strips in patchwork manner and stitching maximally done to further progress the hand-made appeal.

Grab a detailed look at these right here and expect to see them arrive late this Spring 2020. 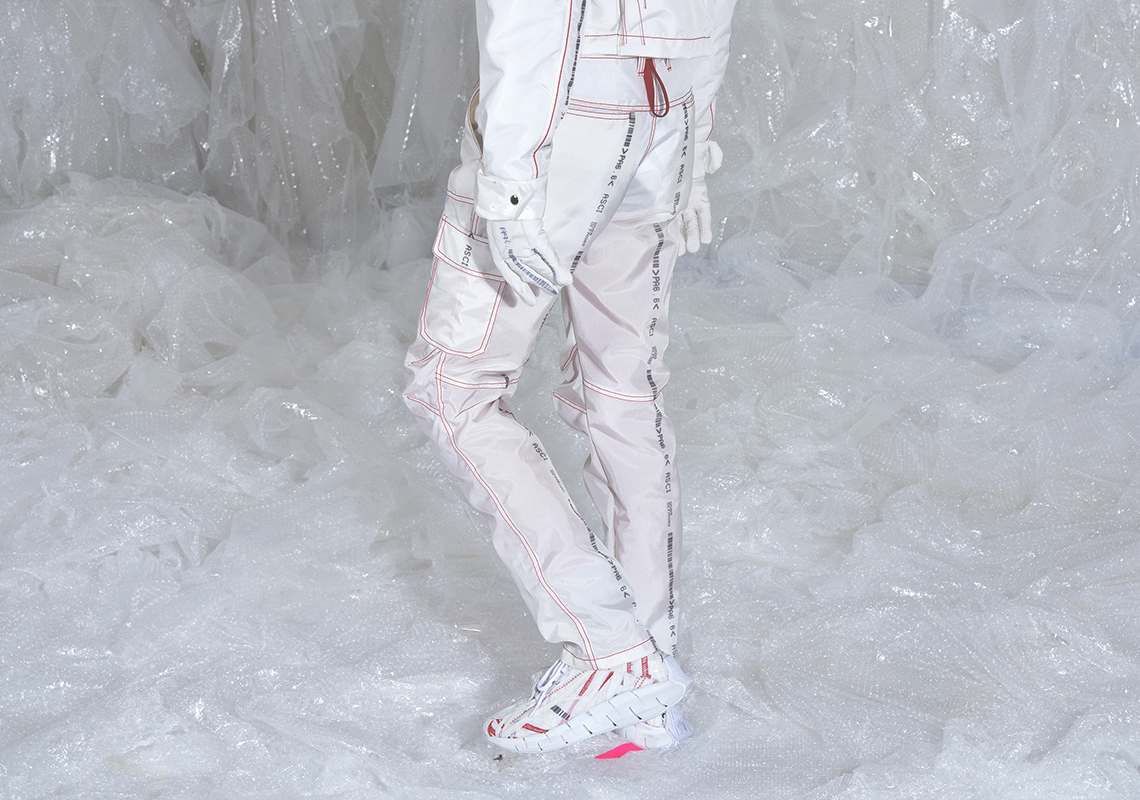 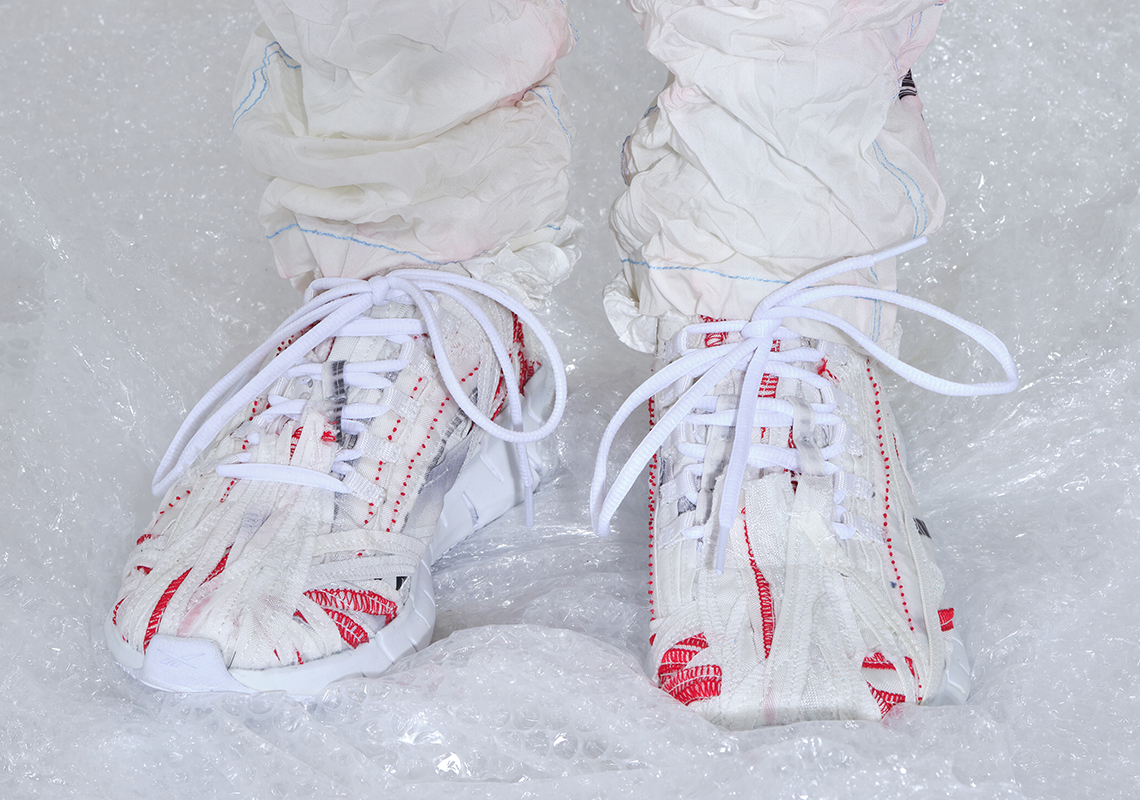 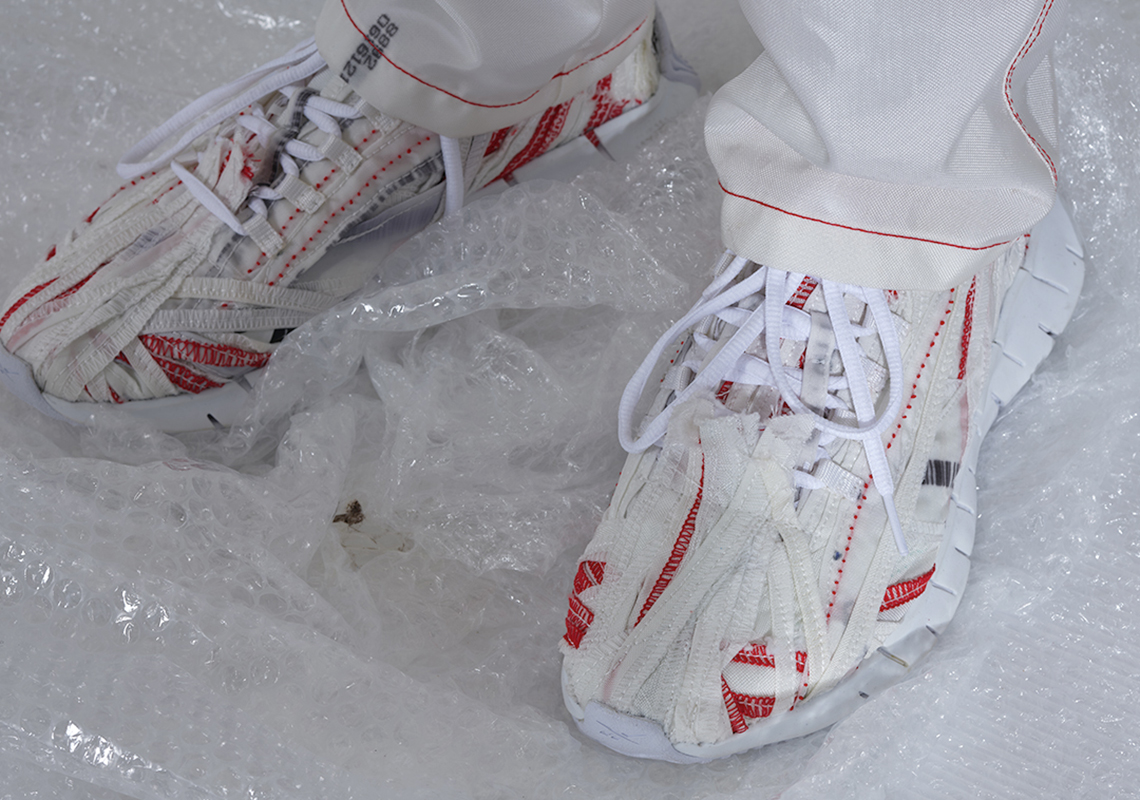